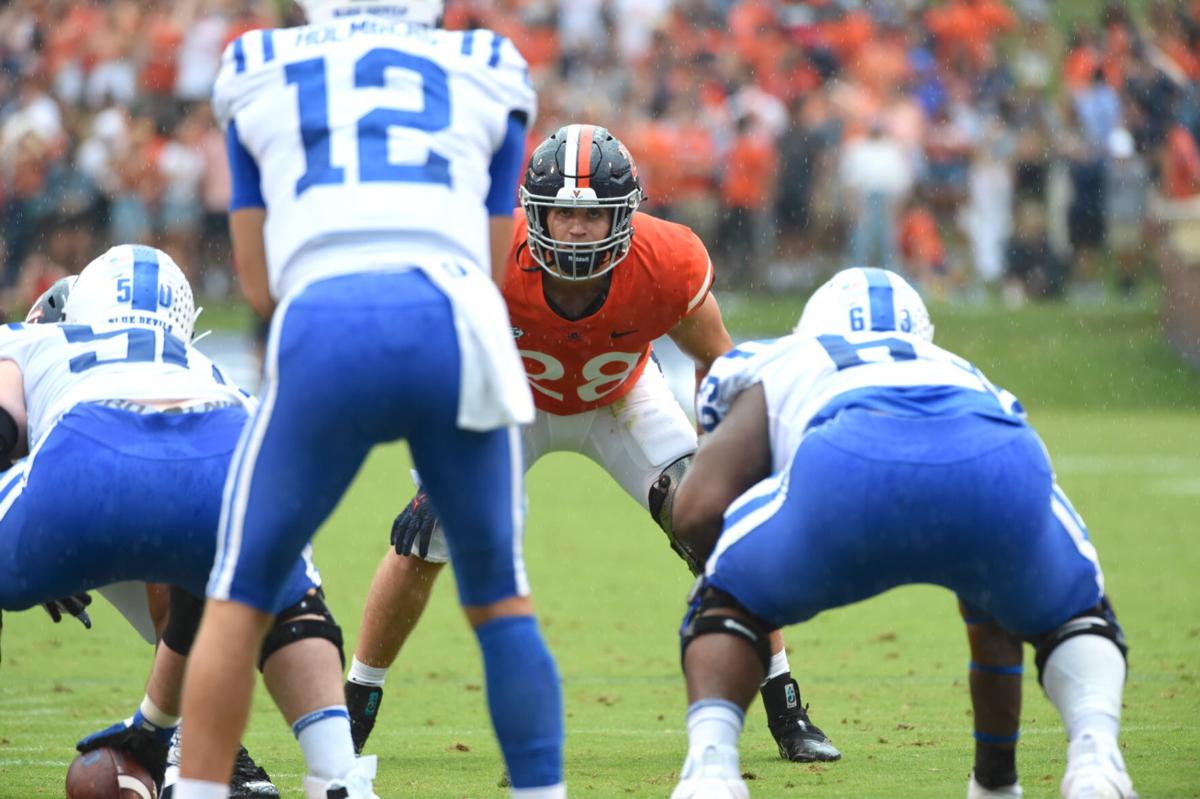 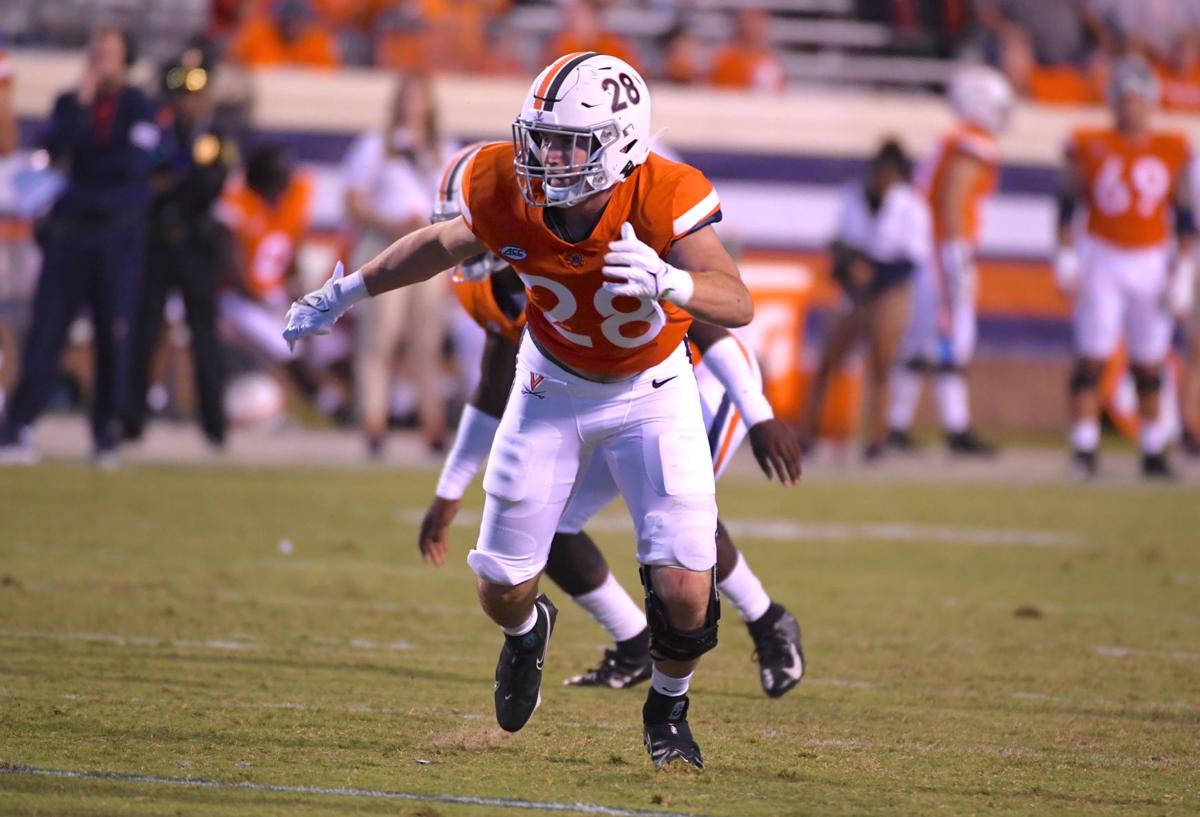 CHARLOTTESVILLE — As teammates, roommates and close friends for the past three years, the list of things Josh Ahern and Nick Jackson don’t do together is small. But the pair of Virginia linebackers do frequently go their own ways when it’s time to veg out in front of the television.

That’s because, Ahern said, he’s not a fan of Jackson’s favorite show — “The Vampire Diaries,” a young adult vampire drama that was popular in the late 2010s.

“That’s not my show,” said Ahern, who lists “Game of Thrones” as his favorite television program.

Another thing the duo had not done together in college — start a football game. That changed Saturday when Ahern made his first collegiate start alongside Jackson, a lineup regular since his second season, in UVA’s 48-0 win over Duke.

Ahern recorded four tackles, including one for a loss, and forced a fumble early in the fourth quarter that helped preserve the Cavaliers’ first ACC shutout since 2008 against Maryland.

Jackson has started 18 straight games for the Cavaliers. He led the team with 105 tackles last year and has a team-best 64 so far this season.

Ahern has been a regular on the two-deep, frequently working with the starters in practice and seeing plenty of game action. But before Saturday, he’d never been out on the field for an opening snap.

The 6-foot-3, 235-pound Burke native played in 12 games the previous two seasons. But after last year, he underwent surgery on his left knee and spent the next six months recovering, missing spring practice.

He earned his starting role Saturday, Howell and Mendenhall said, through his week leading up to the game.

Virginia coaches grade each player’s practice performances daily and by Thursday, Ahern knew he had moved ahead of Hunter Stewart, Elliott Brown and West Weeks and taken the top spot on the depth chart for the Cavaliers (5-2, 3-2 ACC).

“It’s a competition every day for all the spots,” said Stewart, who has started three of the team’s seven games at the weak-side linebacker position. “We’re trying to put the best 11 on the field every day. … Whoever shows the best against the schemes that we’re playing is going to play in the game. That definitely does drive you.”

Ahern’s rugged, physical style may have been a better fit against Duke and its traditional run game, led by running back Mattaeo Durant. Durant entered Saturday averaging 131 yards, but Virginia limited him to 84 on 17 carries, in part because the Cavaliers’ early lead forced the Blue Devils to throw the ball more.

The athleticism of Brown or Stewart might be a better matchup this week when the Cavaliers’ face Georgia Tech (3-3, 2-2) and its dual-threat quarterback, Jeff Sims. Brown started the team’s game two weeks ago against Louisville and its running QB, Malik Cunningham, and had four tackles and a quarterback hurry in that win.

UVA limited Cunningham to 38 rushing yards, 24 of which came on one run.

Now, Virginia hopes its success against Cunningham translates Saturday night against Sims, a second-year freshman who has run for 255 yards and four touchdowns in four games this season. Georgia Tech is 2-0 in games he’s scored, and 1-3 in games he didn’t reach the end zone or didn’t play.