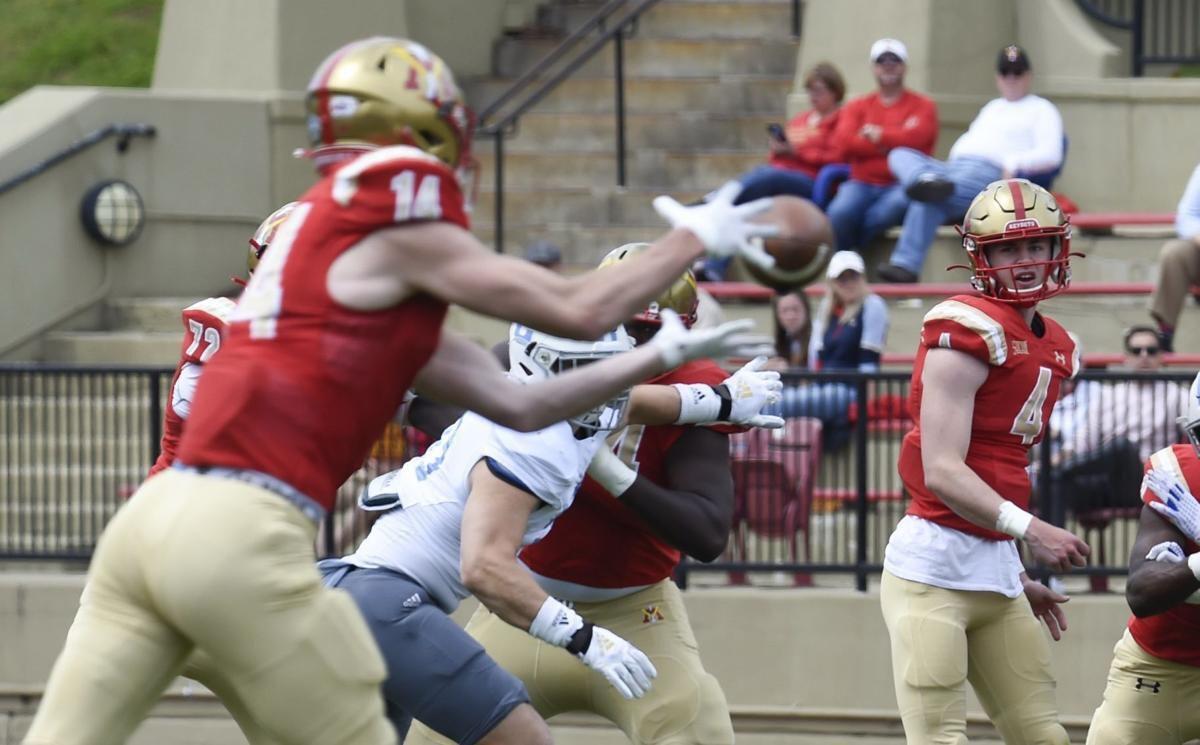 Seth Morgan (4) passed to Jakob Herres in VMI’s spring victory over The Citadel in Lexington. Both players return for the Keydets. 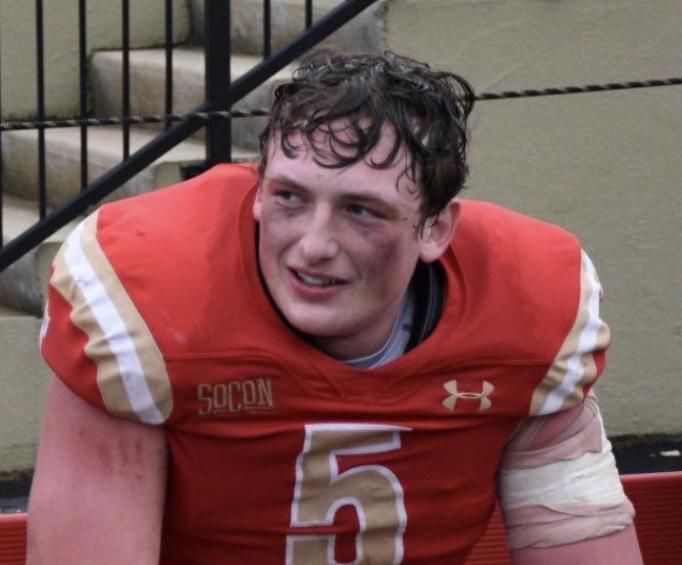 Southern Conference football coaches do not believe VMI’s spring-season success was a pandemic-related anomaly. In the SoCon preseason poll announced Monday in Asheville, N.C., the Keydets were forecast as the third-place finisher in the nine-team league. The media poll had VMI second.

VMI during the spring went 6-2 (6-1 SoCon), its first winning record since 1981, captured the program’s first conference championship since 1977, and advanced to the FCS playoffs for the first time. VMI, which won three games by 5 or fewer points on the way to a 5-0 start, closed with a 31-24 loss at James Madison in the FCS tournament.

Entering the 2019 season, the Keydets had lost 26 consecutive games to Division I opponents and 22 straight league games. They improved to 5-7 in 2019, with two losses to FBS opposition (Marshall and Army), then broke through during the 2021 spring season, scheduled after the 2020 fall season was postponed by the pandemic.

Coach Scott Wachenheim was named the winner of the Stats Perform FCS Eddie Robinson Award, which annually goes to the top coach in the FCS. The Keydets return the SoCon spring-season defensive and offensive players of the year, linebacker Stone Snyder (Monacan High) and receiver Jakob Herres, in addition to quarterback Seth Morgan, who passed for 1,374 yards and ran for 221 yards.

The Keydets open Sept. 4 against nonscholarship Davidson in a meeting that will be a Lexington homecoming for Wildcats coach Scott Abell, who was Washington and Lee’s coach for a decade before moving to Davidson in January of 2018. The Wildcats won the 2021 Pioneer League spring championship to qualify for the FCS playoffs, earning the school’s first postseason berth in 52 years.

The Keydets play no Virginia teams this season. In games outside SoCon competition, they will meet Davidson, Kent State and Cornell.

As I sat down to cast my AP Top 25 ballot, I saw a note flash by on the ticker on the bottom of my television screen. More ranked teams have l…

Seth Morgan (4) passed to Jakob Herres in VMI’s spring victory over The Citadel in Lexington. Both players return for the Keydets.