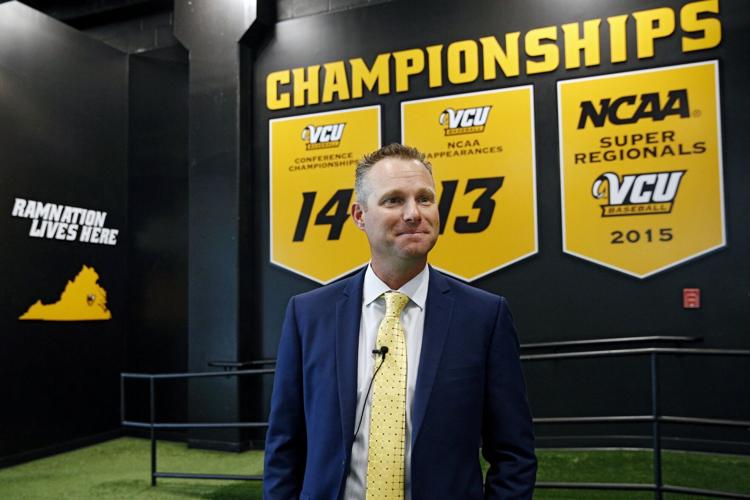 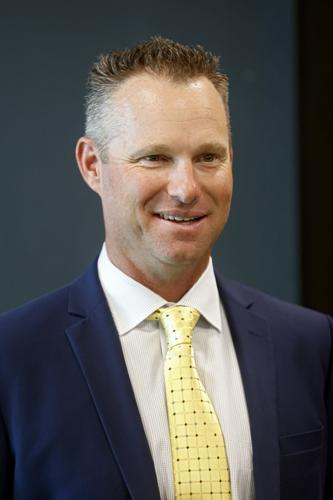 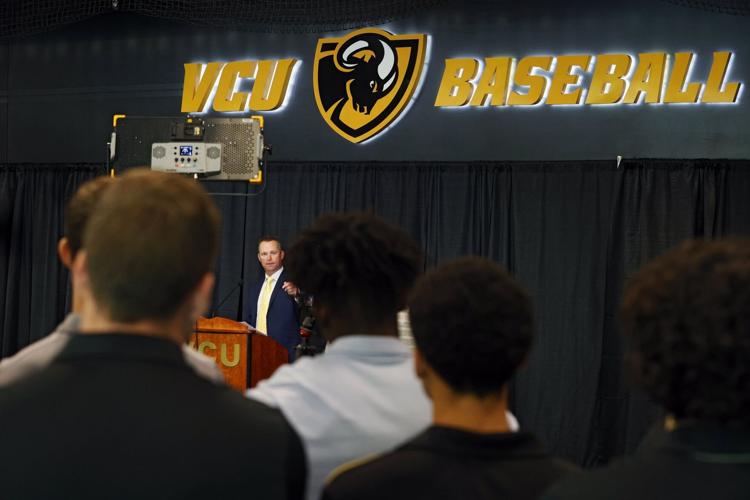 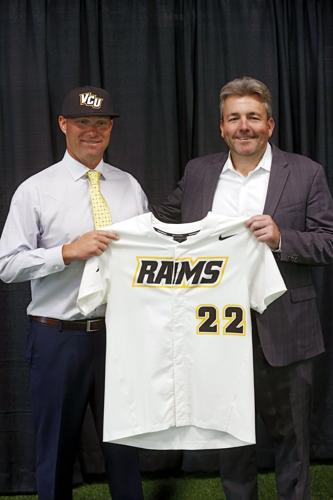 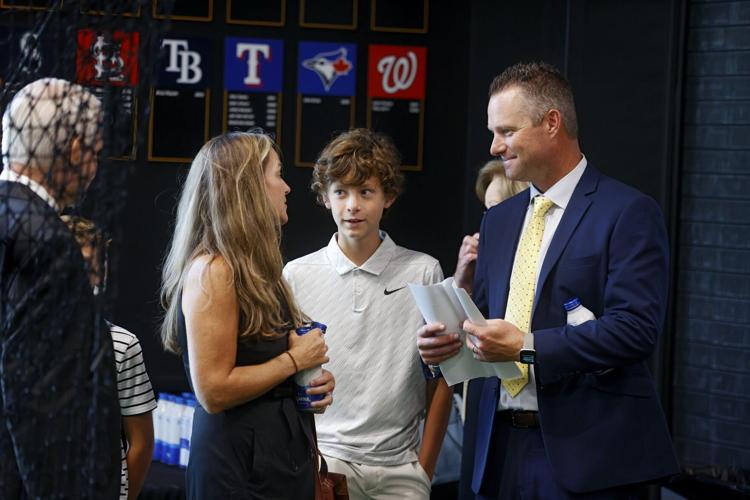 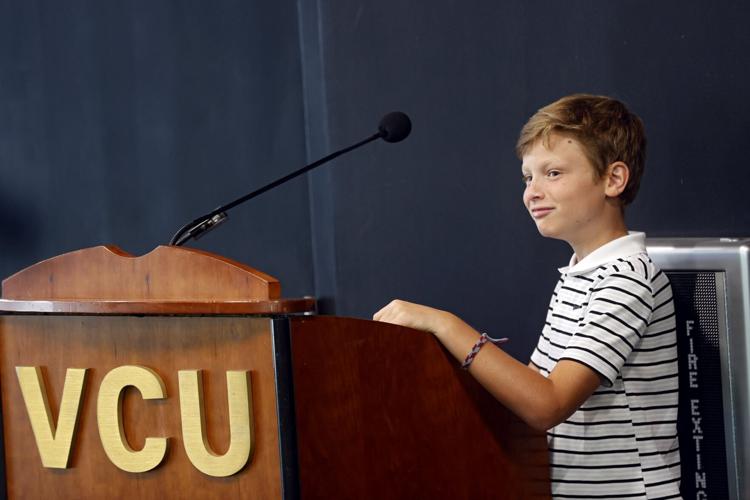 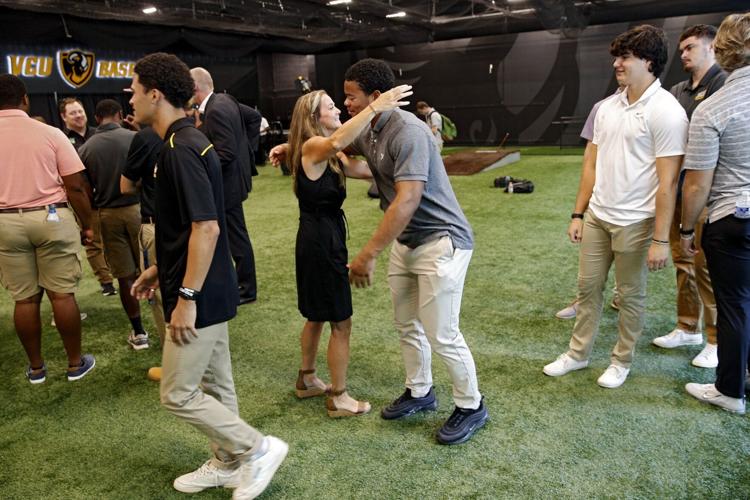 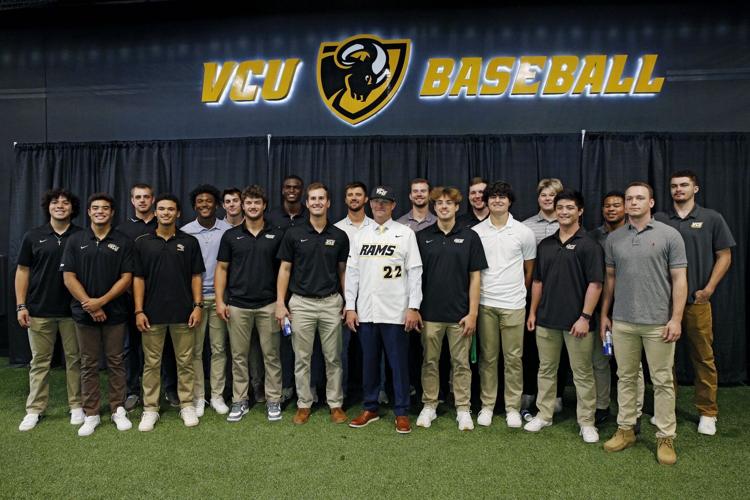 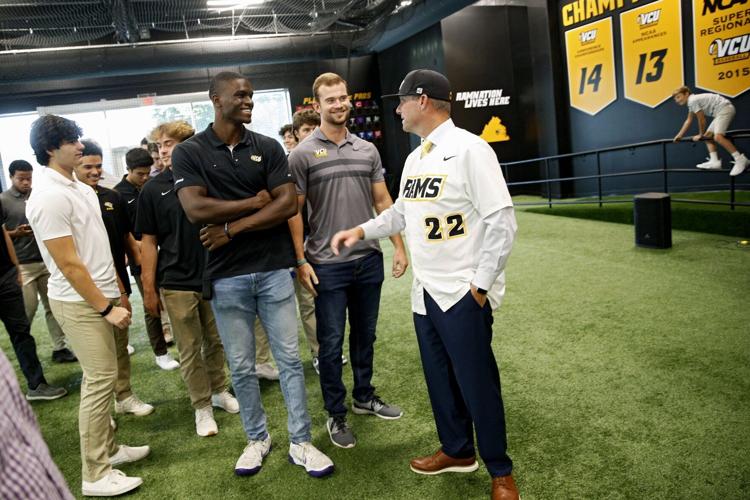 Bradley LeCroy had to fight for his opportunity at VCU, that’s for sure.

During one July day, as the Rams opened their search for a new baseball coach, LeCroy was on a family hiking outing in the mountains of North Carolina when VCU reached out. LeCroy didn’t have much cell service where he was, but Tim Lampe, a VCU administrator, left a message about the job opening.

LeCroy and VCU eventually did connect. As talks progressed, LeCroy planned to fly from Florida, where he was on vacation, to Richmond for an on-campus interview, two weeks ago. He found himself at Hartsfield-Jackson Atlanta International Airport on the way, but wound up getting stuck there and never made it to Richmond.

“I was sitting in the airport in Atlanta, and I texted my wife and I told her maybe this was a sign that this wasn’t going to work out,” LeCroy said. “Kind of feeling down a little bit.”

But Lampe and Ed McLaughlin, VCU’s director of athletics, were persistent. They insisted that LeCroy still come to campus the following week. He did — this time he drove. And, as it turned out, LeCroy was VCU’s guy after all.

The Rams hired LeCroy, who is coming off a longtime tenure as an assistant coach at his alma mater Clemson, to be the seventh coach in VCU baseball history. LeCroy, a 44-year-old native of Anderson, S.C., arrives in Richmond with a reputation of being an astute recruiter who helped the Tigers to 12 NCAA tournaments in his time on staff.

And with him he brings dreams of not just sustaining, but elevating, the level of success the program has enjoyed in recent years under coach Shawn Stiffer, whose seat he fills after Stiffler was hired to coach Notre Dame last month.

“We want to be a championship-caliber program,” said LeCroy, in his introductory press conference in VCU’s Baseball Performance Center on Thursday. “And to do this, my staff and I must be elite at the following things: evaluation, recruiting, player development, program development and game management.

The talent LeCroy helped secure for the Tigers made up recruiting classes that were ranked in the top 10 nationally in three of the past five years. Clemson made 11 straight NCAA tournament appearances from 2009-19. But coming off a second straight year out of the field this spring, coach Monte Lee was fired in May.

VCU was a school that was on LeCroy’s radar even before the job opened. The Rams are coming off back-to-back Atlantic 10 titles and NCAA tournament appearances, and came within one win of a super regional appearance in June.

One of the things that was attractive to him about the job in Richmond was that it would not be a program rebuild scenario.

It’s a sentiment LeCroy has already expressed to his new players. He had lunch with four players during the interview process: Cooper Benzin, Campbell Ellis, Logan Amiss and Connor Hujsak.

VCU brought three total candidates to campus for interviews, including LeCroy, and had phone interviews with 10. McLaughlin had no prior relationship with LeCroy, but he has relationships with others at Clemson. It’s a school where his daughter Hannah played soccer.

And people at Clemson raved about LeCroy, McLaughlin said. McLaughlin felt LeCroy fit seamlessly into the existing program culture at VCU. And others in the college baseball community who McLaughlin spoke with expressed that they felt LeCroy was ready to be a head coach now.

In Stiffler — who went 340-198 in his 10 seasons at the helm for the Rams — LeCroy has big shoes to fill. And they’re shoes that could keep expanding, too. McLaughlin made it clear to the candidates in the interview process, and again on Thursday, that he wants VCU in the College World Series. The Rams knocked on the doorstep in 2015, making their first super regional, under Stiffler’s tutelage. The CWS, however, has remained elusive.

LeCroy said a huge priority for him now is to finish the rest of his roster in the next two and half weeks, as the start of the fall semester at VCU looms on Aug. 23. He’s also filling out his staff, with the hiring of two assistant coaches. Director of operations CJ Rhodes and volunteer assistant coach Andrew Llewellyn, who worked under Stiffler’s regime, will stay on.

LeCroy said he’s been thinking about becoming a head coach for a while, but that the program he took over had to be the right fit for he and his family and that it had to be a place where he could win big.

He found those things at VCU. And, once VCU found him, the school wasn’t going to let any hiccups prevent it from making LeCroy the coach to lead the Rams into their next phase.

“Our goal is to get in the NCAA tournament every year — to get there, to have the chance to go to Omaha, which is the pinnacle of college baseball,” LeCroy said. “And we’re going to believe it, we’re going to talk about it. That’s our ultimate goal.”

Bradley LeCroy was introduced as the seventh baseball coach in VCU history on Thursday at the Rams' Baseball Performance Center.