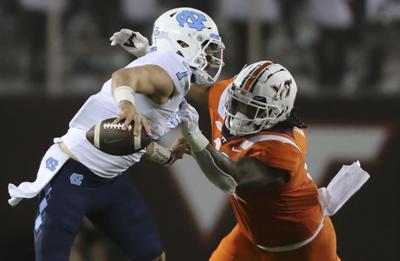 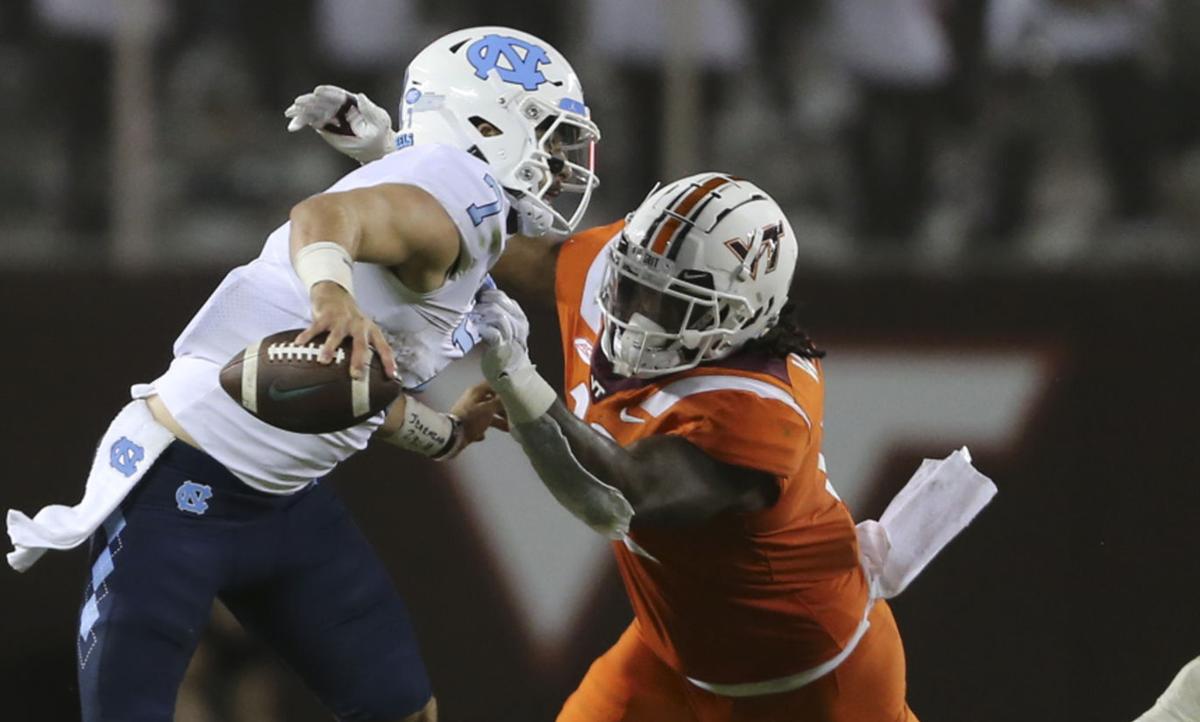 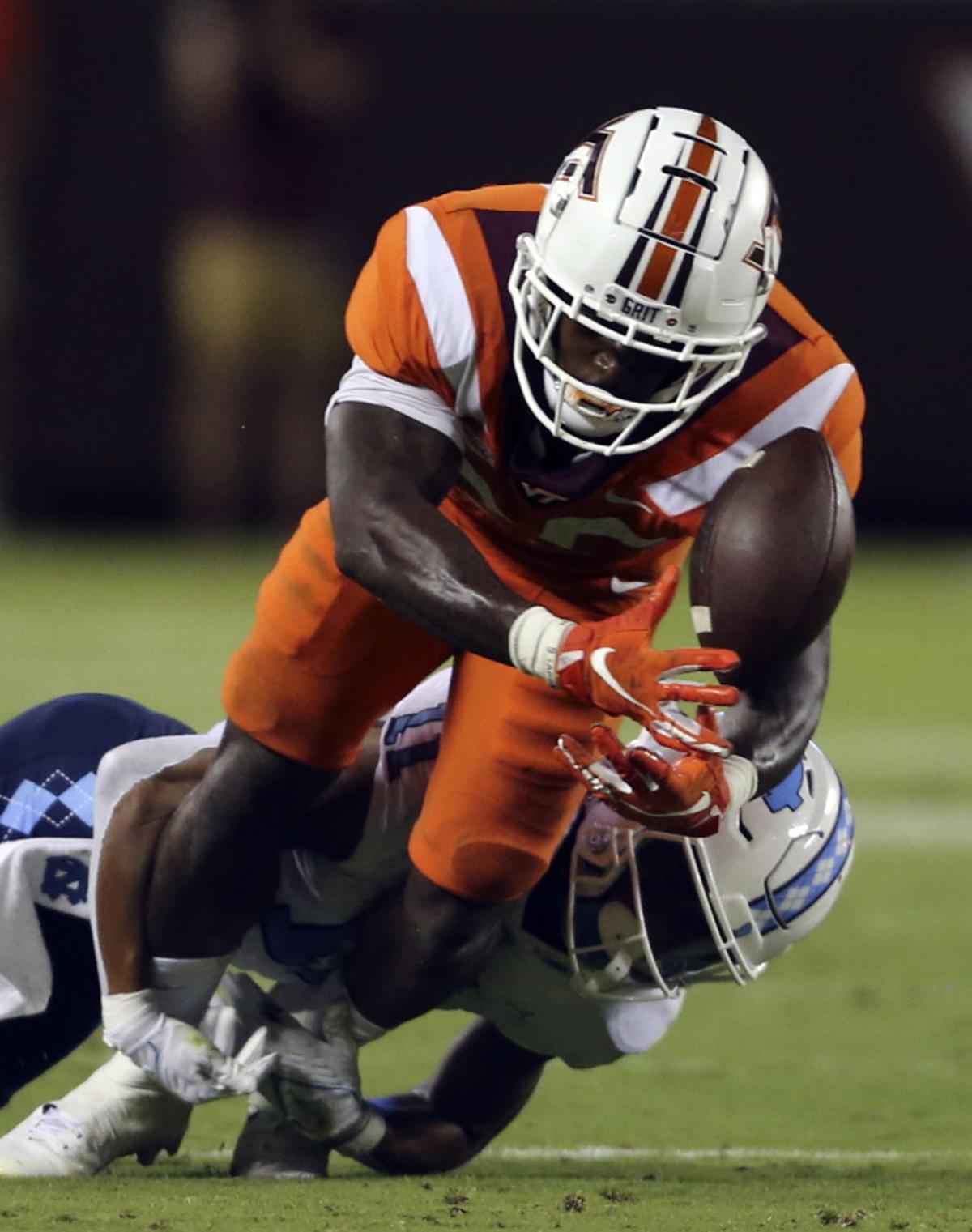 By Mike Niziolek The Roanoke Times

BLACKSBURG — Middle Tennessee coach Rick Stockstill has accomplished a lot during his 16-year tenure at the school.

The program has made eight bowl appearances under Stockstill and he ranks ninth among current FBS coaches at the same school with a 95-92 record. He’s knocked off five Power Five opponents (four of those are in the ACC) with the most recent win coming in 2017 on the road against Syracuse.

Virginia Tech jumped into the rankings after a 17-10 win over North Carolina at No. 19 in the Associated Press poll and No. 21 in the coaches’ poll. The Hokies don’t want to let Stockstill capture that elusive milestone.

“Coach Stock has been at MTSU I think for 16 years,” Fuente said. “He has done a fantastic job there for some time. They can run. When you look at their overall team speed on both sides of the ball, they’ve always been fast and they can really run.”

The program has struggled since reaching the Conference USA title game in 2018 with a 7-1 league record.

Middle Tennessee has gone 7-14 in the past two seasons and dealt with some offseason drama after last season when offensive coordinator Tony Franklin resigned Jan. 1 and alleged Stockstill and the athletic department didn’t take the team’s COVID-19 protocols seriously enough.

Stockstill hired Brent Dearmon as offensive coordinator, a 36-year-old assistant coming off a two-year stint at Kansas. He got his start under former Auburn coach Gus Malzahn and promised a more run-pass-option focused offense when he took over.

Dearmon landed N.C. State transfer Bailey Hockman to run his offense. Hockman struggled in a 45-24 loss to Tech last season, going 7 of 16 for 82 yards with two interceptions. On the season, he threw for 2,088 yards (64.3%) with 13 touchdowns and 11 interceptions.

He isn’t as much of a dual-threat quarterback as his predecessor Asher O’Hara. O’Hara accounted for 77.8% of his team’s offense the last two seasons and led the team in rushing during that stretch.

Hockman was 17 of 22 for 215 yards with three touchdowns in the opener. He came out of the game a little early with the game well in hand.

Fuente’s main focus when he spoke about Middle Tennessee on Monday was the team’s defense.

“Scott Shafer’s the defensive coordinator,” Fuente said. “The guy’s been a coordinator at a whole bunch of places. He’s been a head coach. They’re well-schooled and sound and they get in and challenge you. It’s kind of modeled a little bit off of the Pitt defense.”

Shafer has a lengthy resume with stops as a defensive coordinator at Syracuse, Michigan, Stanford, Western Michigan and Northern Illinois. He was head coach for Syracuse from 2013-15.

The defense scored 29 points off four forced turnovers in Week 1.

Linebacker DQ Thomas and safety Reed Blankenship are the key defensive playmakers Tech has to keep track of. Thomas, who is a super senior that has started 34 straight games, ranks fourth all-time in program history with 15.5 sacks and is tied for fourth with 36 tackles for a loss. He’s forced seven fumbles during his career.

Blankenship, also a fifth-year senior, is among the country’s top draft prospects at safety. He has eight career interceptions and 19 passes defended.

College football picks: UVA and Tech both have winnable home games this weekend

Virginia has strung together back-to-back ACC road wins and now returns home for a pair of ultra-winnable contests against Duke and Georgia Tech.

Bronco Mendenhall’s team played solid defense — shutting out an ACC foe for the first time since a 31-0 win over Maryland in 2008 — and the offense torched a subpar Duke defense for 528 yards.