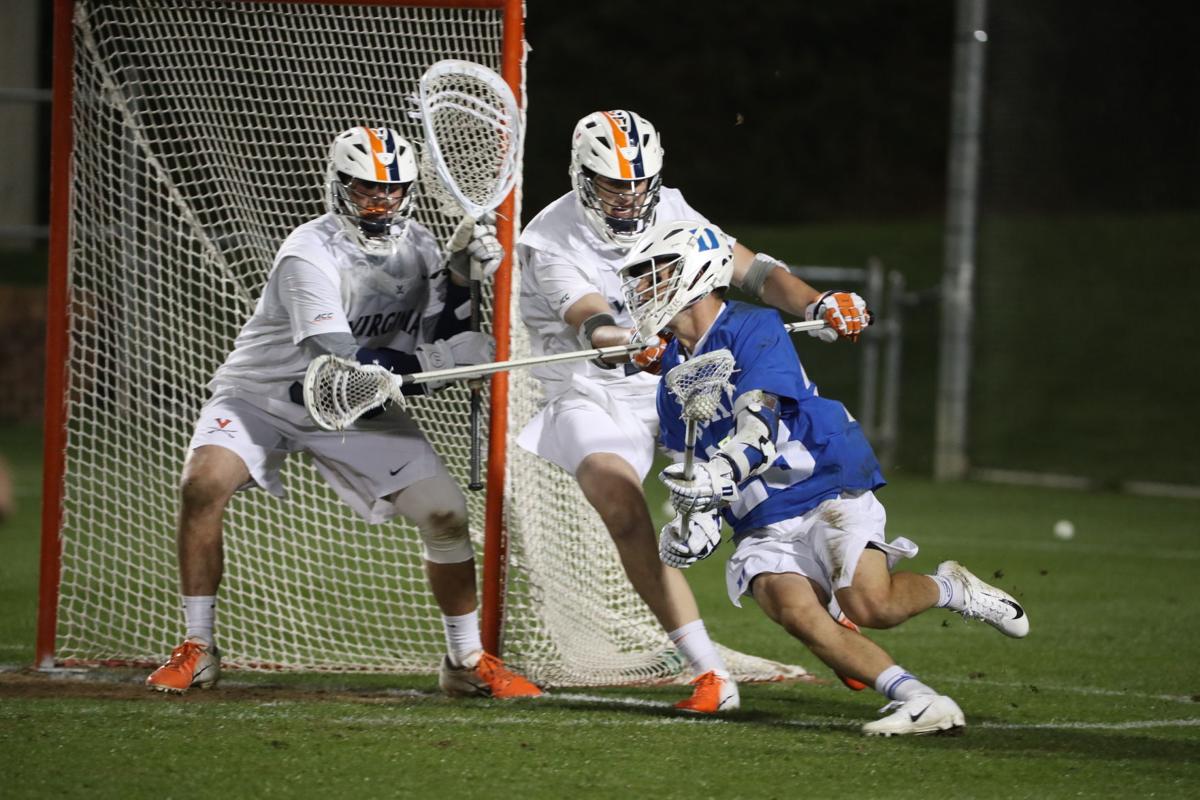 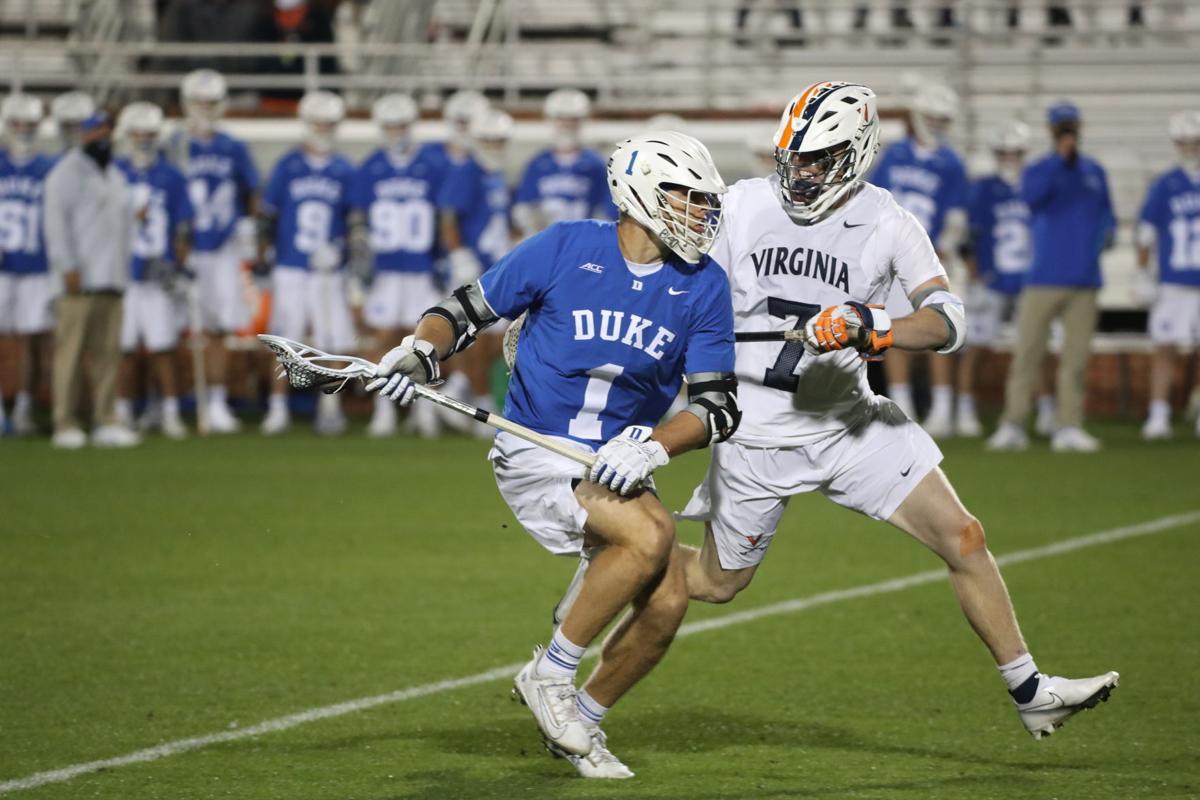 CHARLOTTESVILLE — Ian Laviano took a long pause, sucked a breath through his teeth, then exhaled before letting the words escape his mouth.

“For me and some of the older guys,” the Virginia lacrosse senior said this week, “there is that hatred for Duke. I’ll say it.”

Thursday night’s loss at Klockner Stadium will only add to that.

Virginia native Joe Robertson, a senior attackman who played his high school lacrosse in Charlottesville at St. Anne’s-Belfield, scored the game-winner with 32 seconds left in overtime to give No. 3 Duke a thrilling 13-12 win over No. 4 UVA.

“Obviously it stinks to drop a game like that in overtime,” said Aitken. “They’re one of the best teams in the country, if not the best right now, and we were sticking right with them. We had opportunities to win, just didn’t cash in. We’re doing the right things.”

Robertson scored twice and had three assists for the Blue Devils (11-1, 3-1), who got three goals each from Brennan O’Neill and Princeton transfer Michael Sowers.

It was Robertson's final tally that takes its place among the big moments in the rivalry's history.

“He found a little opening. It was a really great shot by him,” said Tiffany. “The loss stings. It really, really hurts. But we are proving we can get better each week and we’re proving we’re on a mission.”

It’s been just under two years since Virginia ended a program-dogging 11-game losing streak against Duke with a thrilling 13-12 double-overtime victory in the national semifinals, a win that propelled the Cavaliers to the 2019 national championship.

In that game, it was Laviano’s score off a pass from Matt Moore that lifted UVA over the Blue Devils.

Thursday night’s long-awaited rematch certainly lived up to its predecessor.

UVA took an early 3-1 lead in the first quarter, getting goals from Bertrand, Aitken and freshman Connor Shellenberger.

Out of the timeout, Bertrand — a graduate transfer from Merrimack — scored his second goal of the half, rushing the cage and beating Duke goalie Mike Adler high as Bertrand tumbled to the ground.

That cut UVA’s deficit to 7-6 and, with 8 seconds left before the break, Laviano nearly scored the equalizer. Instead, his shot missed and he was called for a questionable unsportsmanlike penalty that befuddled Tiffany and let Duke open the second half a man up. UVA was called for four first-half penalties, Duke none.

Cormier’s second goal of the game gave UVA its first lead since the first quarter.

He scored off a feed from Shellenberger to put the Cavaliers up 10-9 with 3:27 left in the third. Just 7 seconds later, Aitken found the back of the cage for an 11-9 edge.

Virginia led 11-10 going into the fourth quarter, setting the stage for a physical and tense final stanza. UVA held that one goal margin until Duke’s Garrett Leadmon tied the game 12-12 with 1:45 to play.

UVA called timeout with 42 seconds to set up a final attack in regulation. Bertrand scored the apparent game-winner but the referees waived his goal off because he fell into the inner circle of the crease.

“You just can’t land in there at any time after a shot," said Tiffany, whose team faces a quick turnaround, hosting Utah on Saturday. "So that wiped out the goal for us.”

It sent the game to overtime.

And that’s where Robertson ended it, giving Laviano and UVA one more reason to hate Duke.

Dukes pitcher Odicci Alexander had SportsCenter's top play of the day in a dramatic win on Friday night.

Odicci Alexander has been a superstar in the circle and at the plate for James Madison in its Women's College World Series run.

On Friday, her glove might've made the biggest impact.

To celebrate the 30th anniversary of the Times-Dispatch/Sports Backers Scholar-Athlete program, we're taking a look back at a previous honoree.