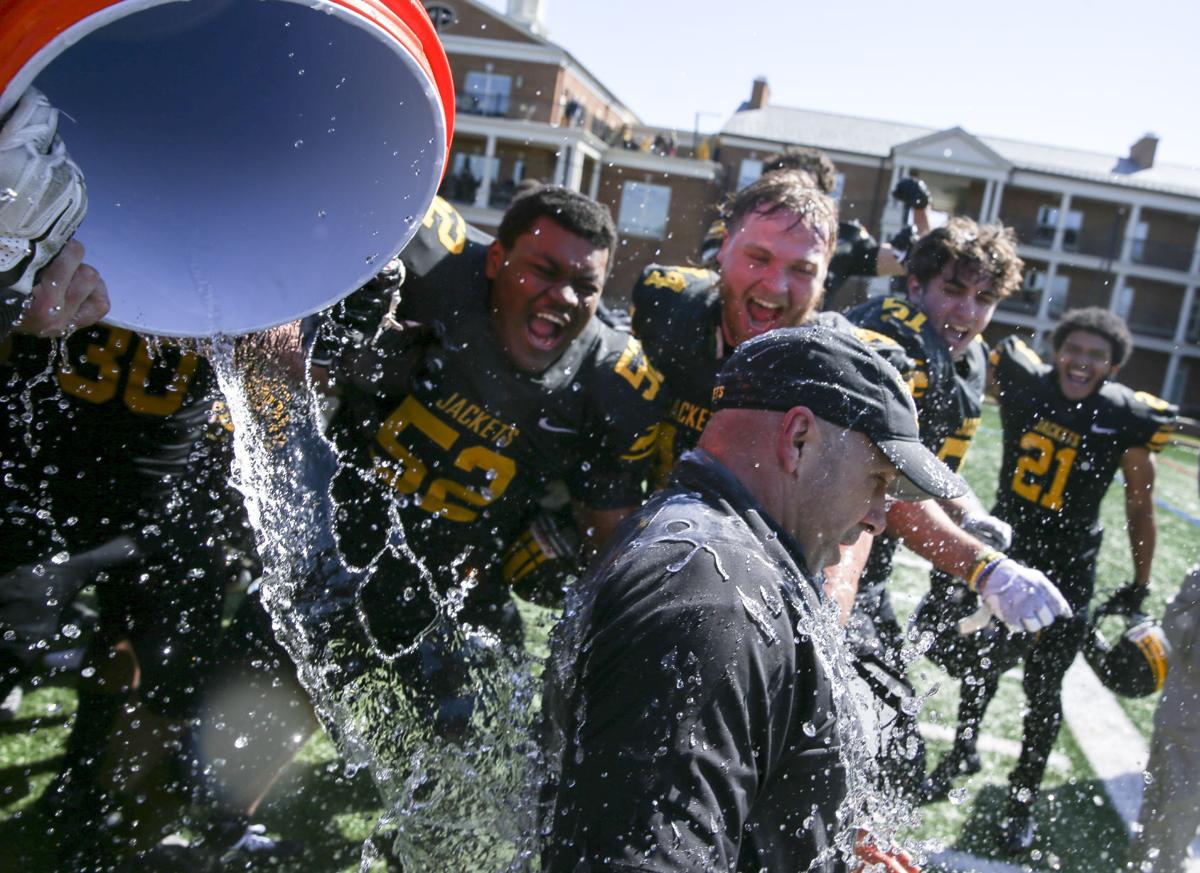 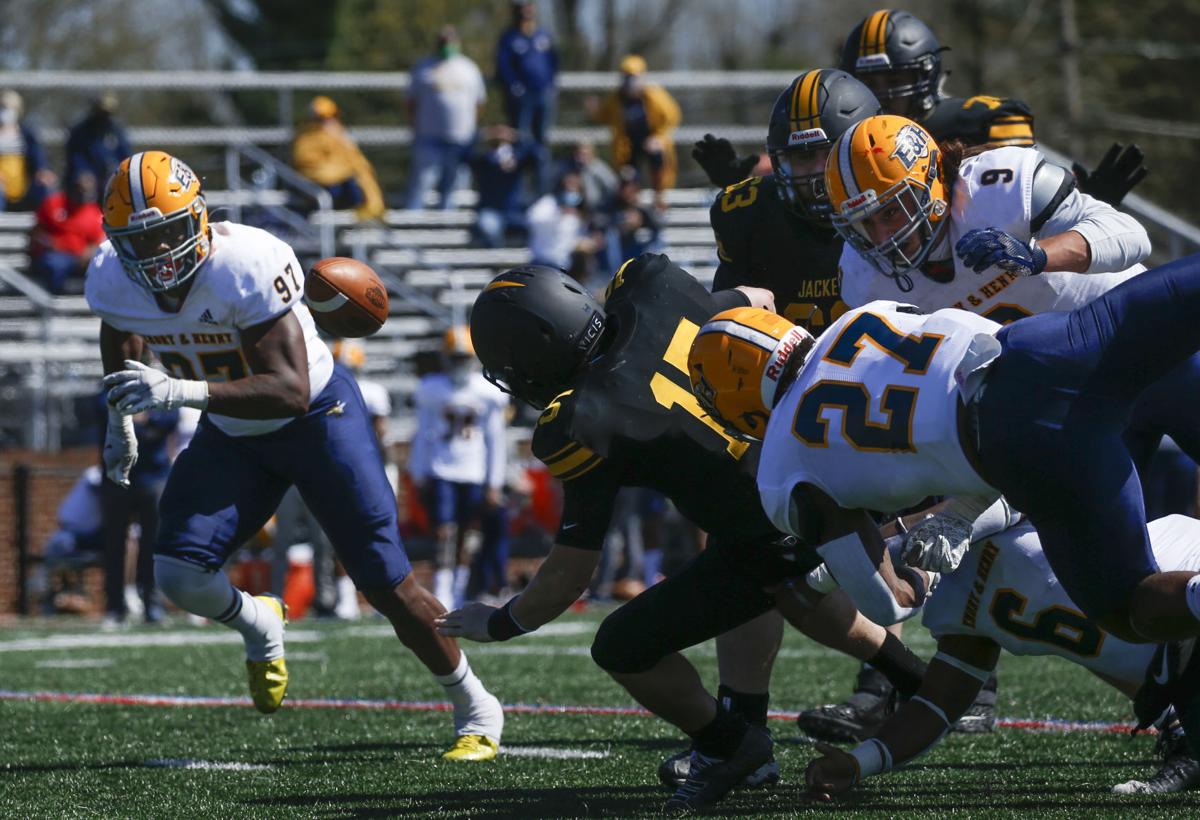 The winning play may not have been busted, but it was definitely fractured.

R-MC (5-0), down 10-7 after E&H (3-1) kicked a 22-yard field goal on OT’s first possession, had a first-and-10 at the Wasps’ 13. R-MC called for receiver David Wallis to come around quarterback Presley Egbers on a sweeping action to the left. Egbers could hand off or keep the ball, depending on his read of the defensive end. The Yellow Jackets had previously run the play a handful of times, with Wallis consistently gaining good yardage.

“They were giving me the outside edge the whole game,” Wallis said of the Wasps. But on the final play, “they keyed on me and Presley pulled it,” Wallis said.

At the Egbers-Wallis mesh point, the ball popped straight into the air. Egbers grabbed it and ran up the middle, 13 yards for championship-winning TD.

“I was holding it, holding it, and at the last second, I decided to pull it and take it myself,” Egbers said of his interaction with Wallis. “David’s got such great hands that sometimes they get a little grabby, so the ball popped up. It wasn’t the way we wanted to run it, but it ended up turning out good for us.”

Teammates buried Egbers in the end zone. As the Yellow Jackets maintained their celebration for 15 minutes after the game, the Wasps wandered around in their bench area, still stunned.

Egbers passed 6 yards to tight end Tim Hanratty for a touchdown with 9:37 remaining. That score was set up by a 7-yard punt by E&H that allowed R-MC to take possession at the E&H 29. Emory & Henry responded with a 76-yard scoring drive. The Wasps tied it 7-7 on a 5-yard completion to T.J. Tester with 4:21 remaining.

Macon and E&H each were averaging 37 points.

Before Saturday’s result, each program had won or shared 11 ODAC football championships, tying R-MC and E&H for the most among league schools.

The ODAC spring-semester, regular-season schedule involved four games during a five-week stretch for each team (no overnight trips), with April 3 reserved for a title game and other matchups based on where teams finished in the league standings.

Randolph-Macon earned home-field advantage for the championship game based on a comparison of point differentials among opponents both R-MC and E&H faced. R-MC and E&H were the only two ODAC teams that didn’t lose a league game, advancing them to the ODAC’s spring creation, a title game.

“When we started looking at COVID opportunities for fall-based programs, football being one of them, we wanted to provide an opportunity for everybody to have some sort of culminating event,” said Brad Bankston, in his 24th year as ODAC commissioner. “We knew we couldn’t play a full football schedule.

“I’ve had a number of people that have written, interested and excited that we were playing this weekend. The only answer I give them is, ‘I’m happy that we played,’ because in Division III, we’re the minority, not the majority, choosing to try to play football in the spring semester.”

The Yellow Jackets last won the title in 2018 and also captured the 2016 championship. Emory & Henry last won a football title in 2000.

This was E&H’s final football game as a Division III member eligible for the ODAC football championship. The Wasps are shifting from the Virginia-based ODAC to the Division II South Atlantic Conference starting with the 2022-23 academic year. They will meet ODAC opponents in the fall as they begin their transition to D-II, but the games will not count in ODAC standings.

E&H is located in Emory, which is about 125 miles southwest of Roanoke, and competition in the SAC will reduce travel time and missed class time.

The NCAA allows Division II schools to offer as many as 36 football scholarships and 10 each in men’s and women’s basketball. D-III schools do not offer athletics scholarships.