Subscribe
Read Today's E-Edition
Share This
Obstacles, on and off the steeplechase course, didn't deter UVA's Yasin Sado and Helena Lindsay
0 Comments
Share this
Presented By 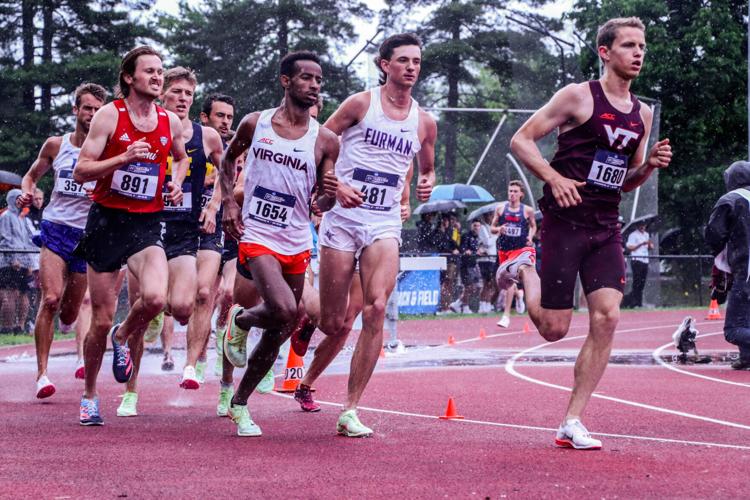 UVA sophomore Yasin Sado (No. 1654) will compete in the NCAA championships this week. 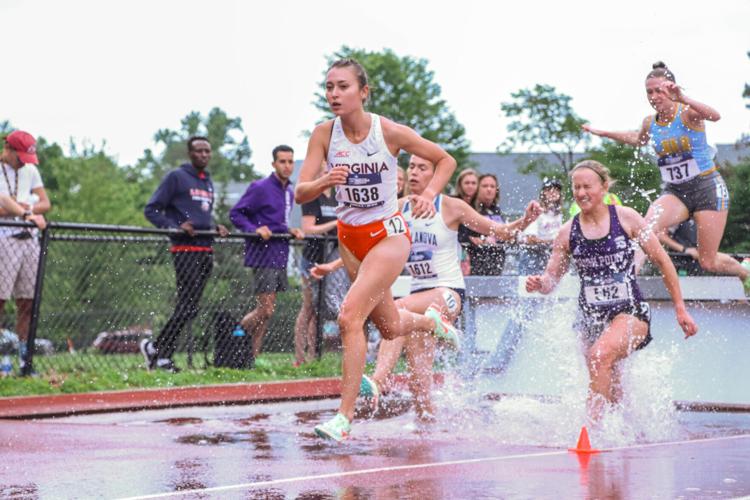 UVA senior Helena Lindsay will compete in the NCAA championships this week.

CHARLOTTESVILLE — Three thousand meters. And every 78, another barrier. Twenty-eight times over hurdles. Seven times over a water pit.

And perhaps no athletes better embody overcoming obstacles than Virginia’s two NCAA qualifiers in that event.

“It constantly wakes me up,” said senior Helena Lindsay. “You never know what to expect.”

Lindsay came to Virginia from Japan in 2018, leaving behind her family to pursue her education and her potential as a distance runner. She graduated from UVA this spring.

Sophomore Yasin Sado immigrated to the United States from Ethiopia in 2016, learning English and bouncing around to different high schools, along the way becoming a state championship distance runner in Colorado before enrolling at Virginia in 2020.

This week, they’ll represent the Cavaliers at the NCAA track and field championships in Eugene, Ore., along with seven teammates who also qualified.

Sado’s father moved to the United States in 2006. His mother followed in 2012, leaving Sado to live with his grandmother. Sado eventually came to this country in 2016 for his high school years. He has remained deeply loyal to his home country, attending marches and rallies in Washington, D.C., to support causes in Ethiopia. But he’s also developed a deep love for his country, becoming a U.S. citizen earlier this year.

“It’s hard for me not to get emotional when I think of all the things he’s been able to overcome,” said Virginia director of track and field Vin Lananna. “He’s not a kid of high means. He’s not a kid who it was easy for him to come in and tackle the academic rigors. And yet, he has.”

One of the most emotional times for Sado came in April, when his grandmother — who had been battling cancer back in Ethiopia — died. It was the day before Sado had an event at Duke.

“I hear this the day before race. I was thinking, maybe I’m not even going to run,” he said. “Maybe I’m going to go back home and be with my parents, my family.”

Sado spoke with his parents and his coaches. Ultimately, he decided to compete. He won the steeplechase race that day, setting a personal best and a Duke Invitational record.

“I remember before the race, when I warmed up, I was really thinking about her,” Sado said. “She was special to me. I feel like I raced that race for her.”

Sado, who narrowly missed qualifying for the national championships as a freshman, ran an 8:39.68 to finish seventh at the NCAA regionals in Bloomington, Ind., on May 27 to punch his ticket to Eugene.

The next day, Lindsay turned in a personal-best 10:02.27 to earn a trip to nationals in her final season. It was a high point in a career that has seen her overcome coaching changes and injuries that derailed her early on.

Lindsay dealt with all that while adapting to a culture that was foreign to her, especially American humor. “SpongeBob SquarePants” memes and references to the television show “The Office” — which seemed to delight her classmates and teammates — meant little or nothing to Lindsay.

“It was a big adjustment,” said Lindsay. “Every little thing.”

But Lindsay has never been one to shy away from challenges. Quite the opposite. Steeplechase isn’t an official high school event in Japan, and Lindsay didn’t give it a try until after her senior year. She won that race.

“It’s impressive that someone would stay the course and manage to navigate through those rough waters,” said Lananna. “She had the coaching changes, she had to completely reinvent her confidence level in herself.”

Lindsay did that, overcoming all the obstacles in her path, much like Sado. Now, they’ve fought through and reached Eugene.

“There really is no ceiling on what they could potentially do this week,” he said.

Teel: Tony Bennett isn't sure there's an elite team this season, but he may have one at Virginia

For the second consecutive year, Virginia defended passively in the ACC-Big Ten Challenge, fell behind by double-digits and prompted a fashion…

UVA sophomore Yasin Sado (No. 1654) will compete in the NCAA championships this week.

UVA senior Helena Lindsay will compete in the NCAA championships this week. 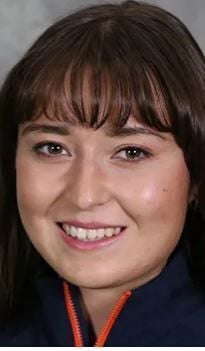 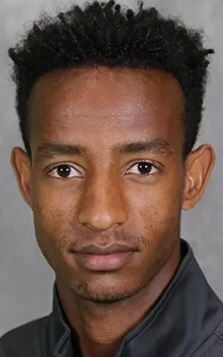