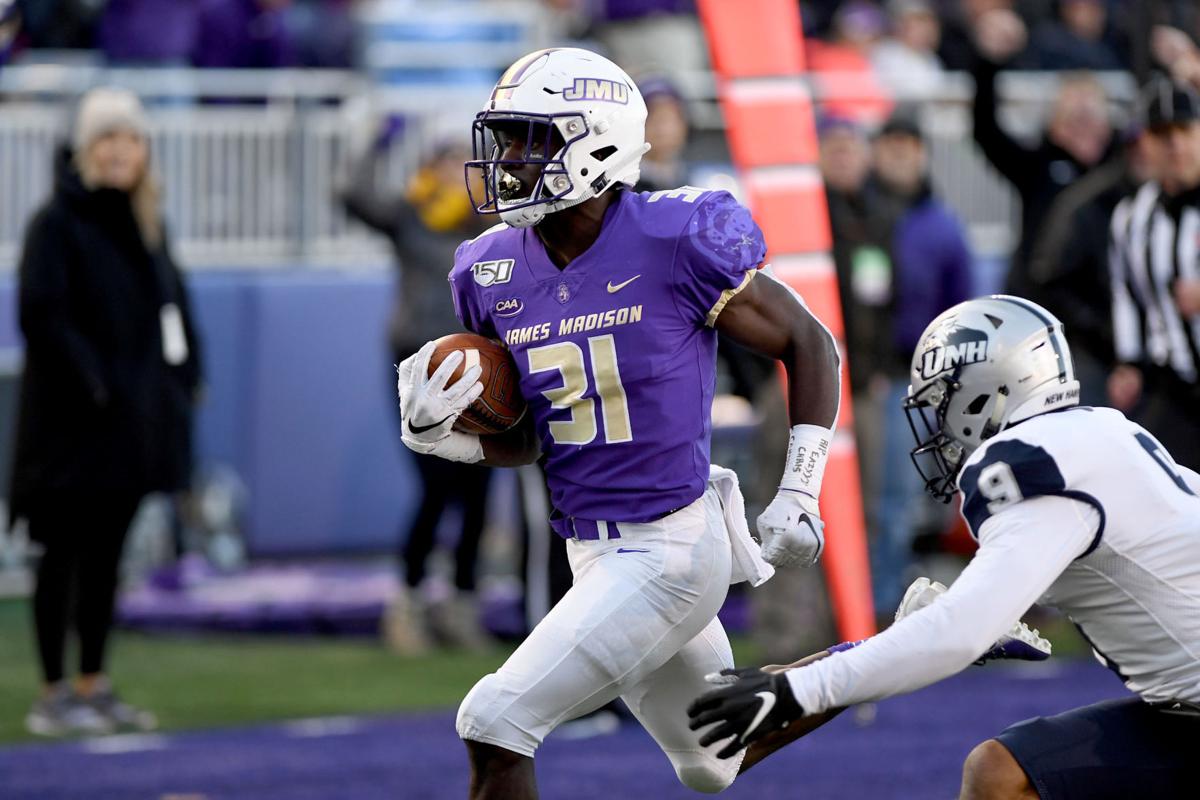 Percy Agyei-Obese and the running backs are expected to carry a big load for the JMU offense in the season opener against Morehead State, with a new starting QB in tow and cool weather in the forecast. 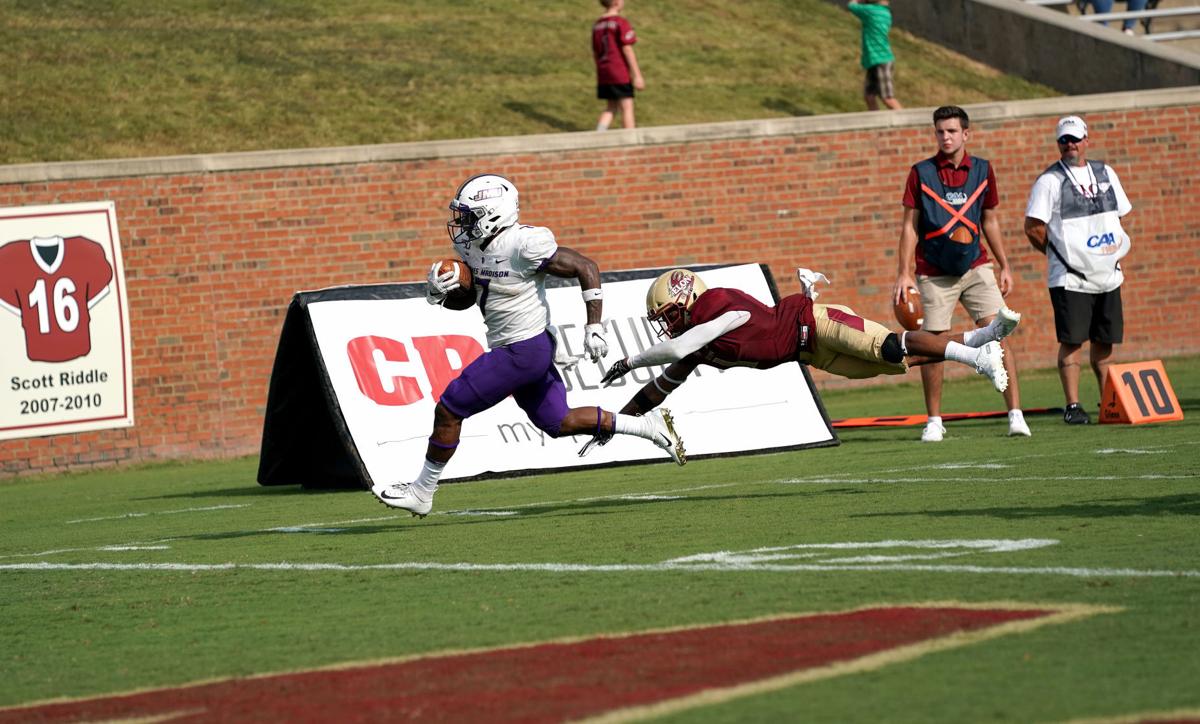 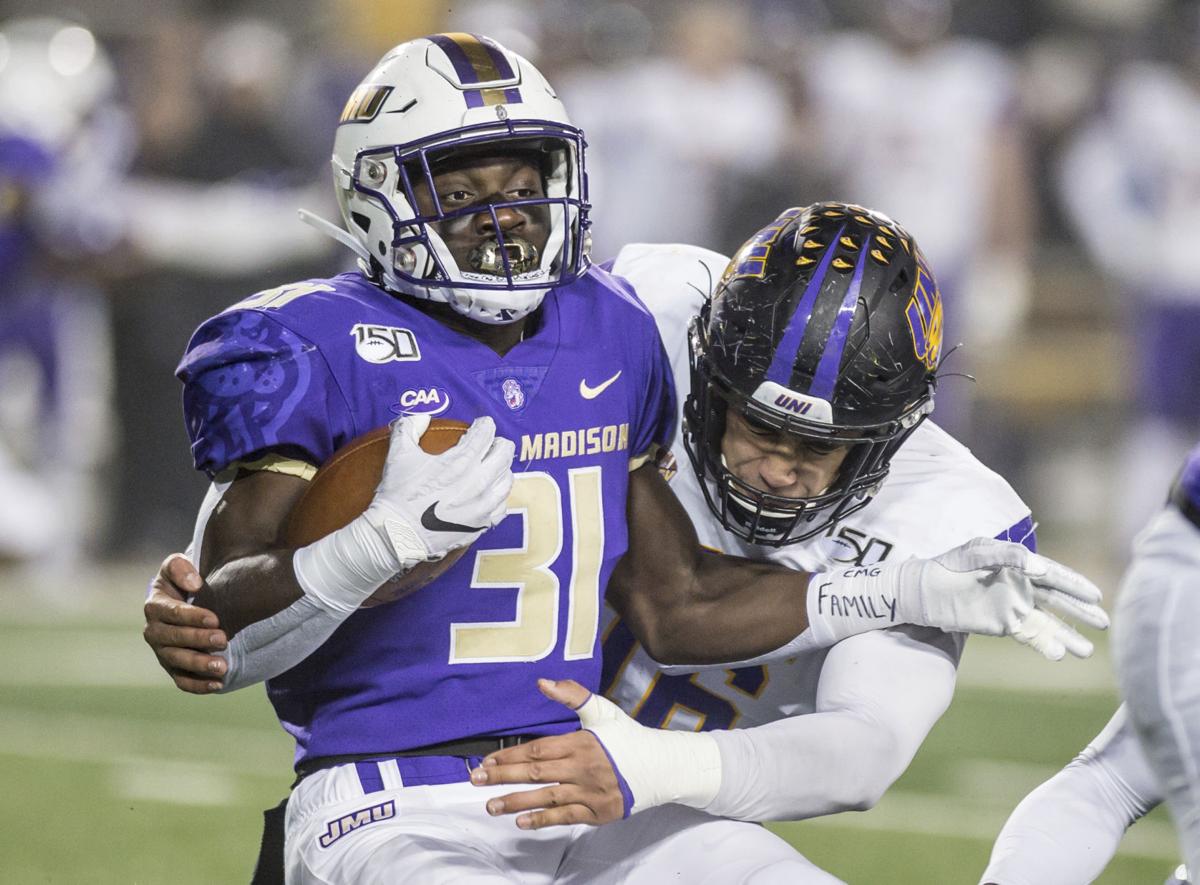 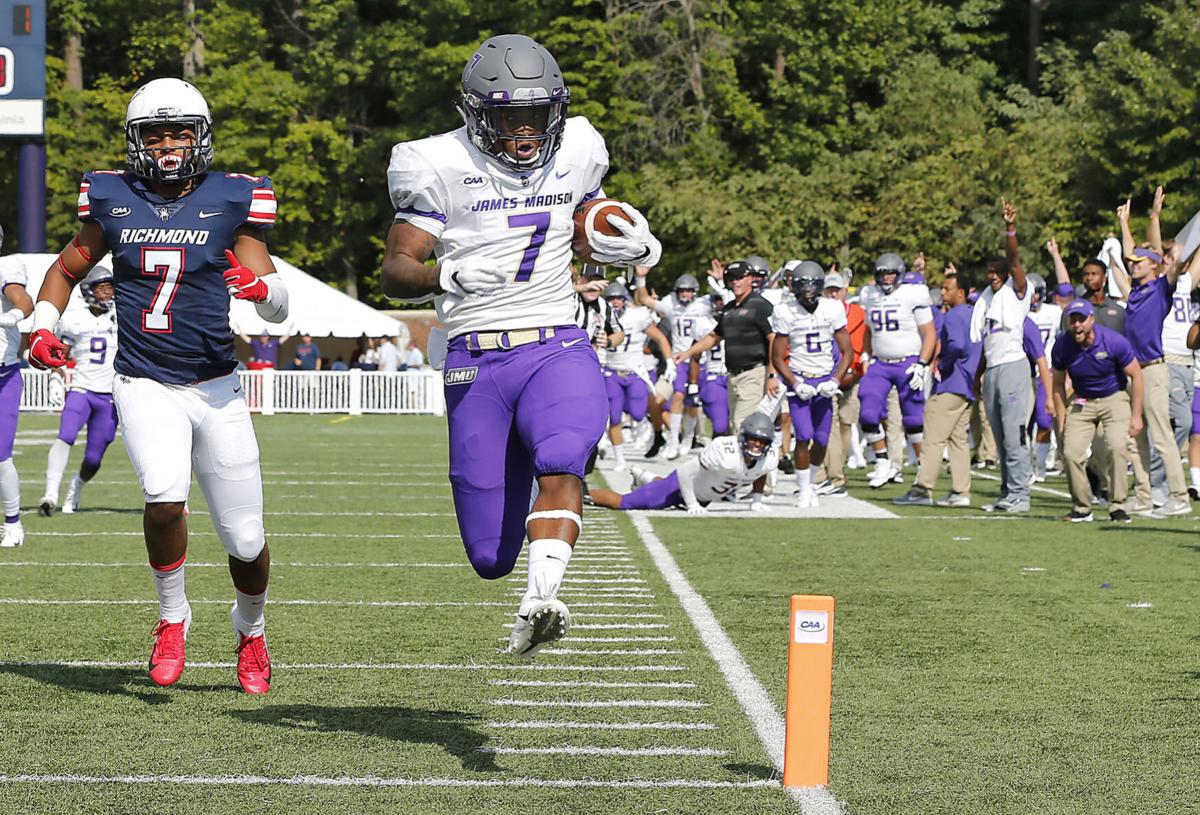 James Madison’s Jawon Hamilton, pictured returning a kickoff for a TD against UR in 2018, totaled 919 yards and five scores on the ground last year, both of which were second on the team behind Percy Agyei-Obese.

Last month, early in James Madison’s preseason period, coach Curt Cignetti joked that, as much as the Dukes run the ball, he hoped for game-day weather of about 10 degrees with 20 mph winds.

“We would enjoy that,” he said with a slight grin.

Game day is now almost here and, though not that cold, it’ll still be quite brisk Saturday when JMU begins its spring-semester season with a noon home game against Morehead State. The weather at kickoff is scheduled to be in the 20s, with about a 10 mph breeze.

That’s after the field in the Dukes’ Bridgeforth Stadium had to be uncovered from a sheet of snow late in the week.

It may not feel like what the beginning of the season typically feels like, with the icy temperatures in contrast to the heat of late August and early September. But football is finally returning for JMU and many of its FCS counterparts, after the Colonial Athletic Association schedule and FCS playoffs were pushed from the fall to the spring semester due to the COVID-19 pandemic.

And, as Cignetti alluded to last month, the weather at the beginning of this season could play right into JMU’s hand. The Dukes’ run game is a foundation of their offense and one of their strengths. They have a deep roster of backs to execute it.

It figures to be all the more valuable in the frigid early season conditions, too.

“We run the football. That’s what we do,” senior running back Jawon Hamilton said. “We’re a running football team. We’ll open up in the pass, too, but we already know what’s to be expected of our group.”

JMU’s, last season, was 10th in the nation in rushing yards per game, with 242.9, as it made a run to the FCS national title game. And four of the five top rushers are back.

That’s led by senior Percy Agyei-Obese, whose 1,216 yards on the ground was 13th in the country and whose 19 scores ranked fifth. Hamilton was second with 919 yards rushing and five touchdowns.

“It definitely takes some weight off the shoulders. Knowing that someone can come in the game and the level of play won’t change. It’s still going to be intense,” Agyei-Obese said.

Cignetti acknowledged that it’s going to be hard to get all the backs as many touches as they’d probably like. It’ll likely start with a rotation of two, Agyei-Obese or Hamilton, and the rotation could expand and change as the game goes on.

“We’re going to need them all, I know that,” Cignetti said.

Joining the Dukes’ assortment of running backs in the backfield will be senior Cole Johnson, who is set to begin the season as JMU’s starting quarterback for the first time, after beating out junior Gage Moloney.

JMU’s offense on Saturday could see from Morehead State (Morehead, Ky.) a combination of a three-down lineman defensive front and a four-down front. Eagles defensive end Vaughn Taylor Jr., a Kansas transfer, was a first-team all-conference pick in the Pioneer League in 2019, leading the league with 18 tackles for loss and 5.5 sacks.

Saturday will be the programs’ first meeting since 2016. JMU leads the series 7-2.

The road back to football in the FCS has been long. But, for the Dukes, it’s back for the first time since January 2020. And they won’t even mind the cold.

“It’s been a journey, that’s for sure,” Cignetti said. “And now we’re reaching that point where we finally get to do what we love.”

Notes: Saturday’s game will be broadcast on NBC Sports Washington and online at FloFootball.com. … There are no publicly available tickets at Bridgeforth Stadium this season. Attendance is limited to guests of the JMU program. … JMU is No. 4 in both the preseason HERO Sports and Athlon Top 25 rankings. The STATS Top 25 will be released next week.

Percy Agyei-Obese and the running backs are expected to carry a big load for the JMU offense in the season opener against Morehead State, with a new starting QB in tow and cool weather in the forecast.

James Madison’s Jawon Hamilton, pictured returning a kickoff for a TD against UR in 2018, totaled 919 yards and five scores on the ground last year, both of which were second on the team behind Percy Agyei-Obese. 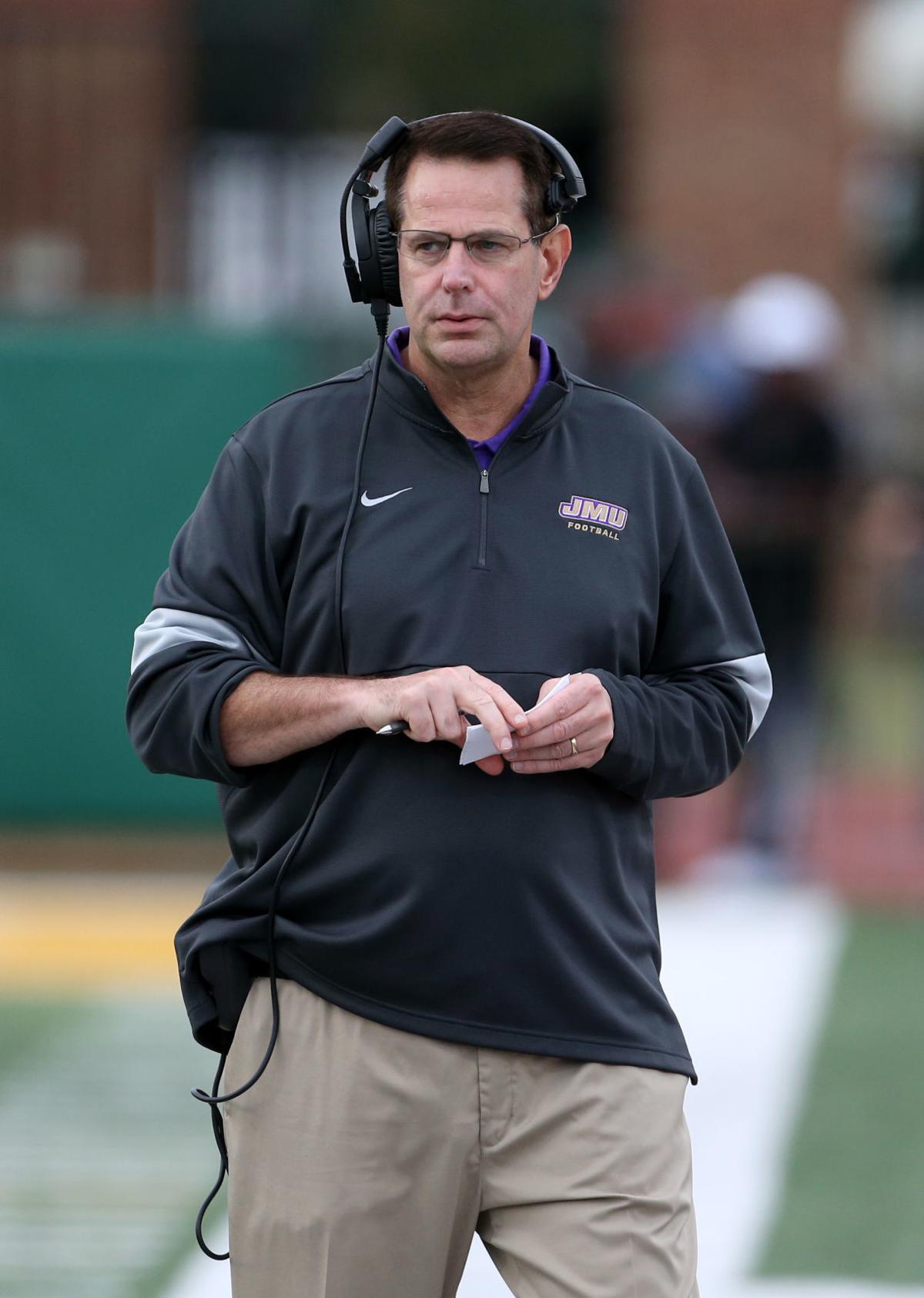