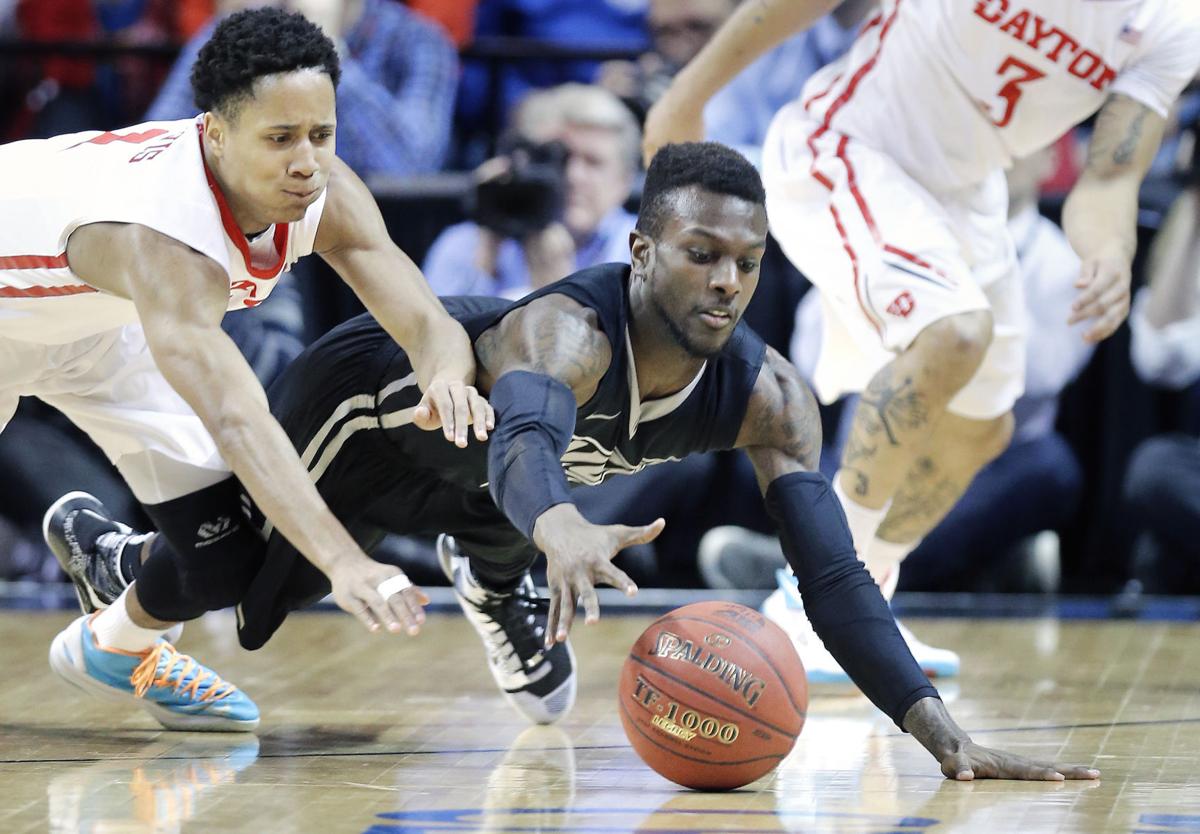 VCU’s Jequan Lewis and Dayton’s Darrell Davis go after a loose ball during the Atlantic 10 Championship game at the Barclays Center Sunday, March 15, 2015. 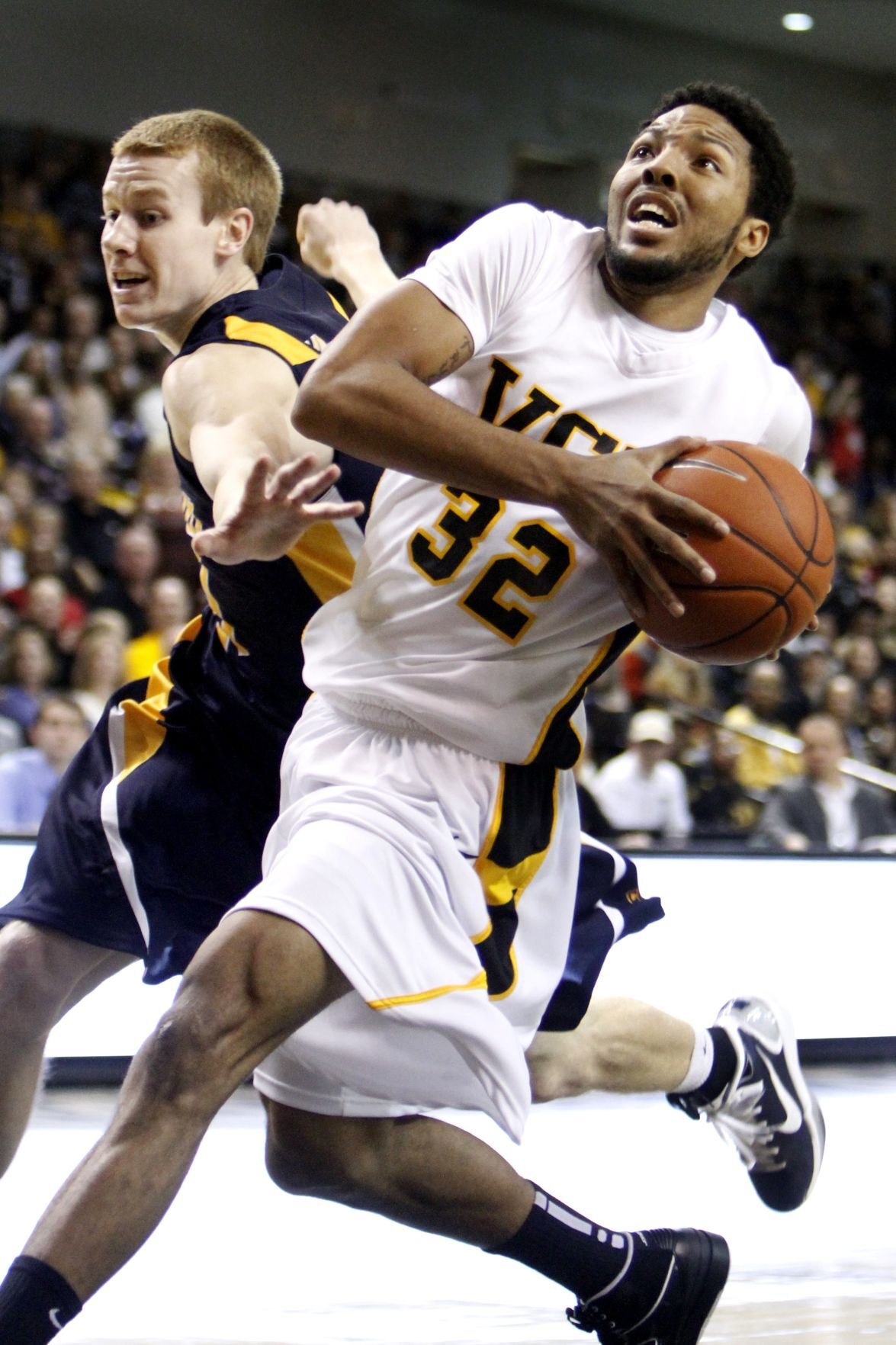 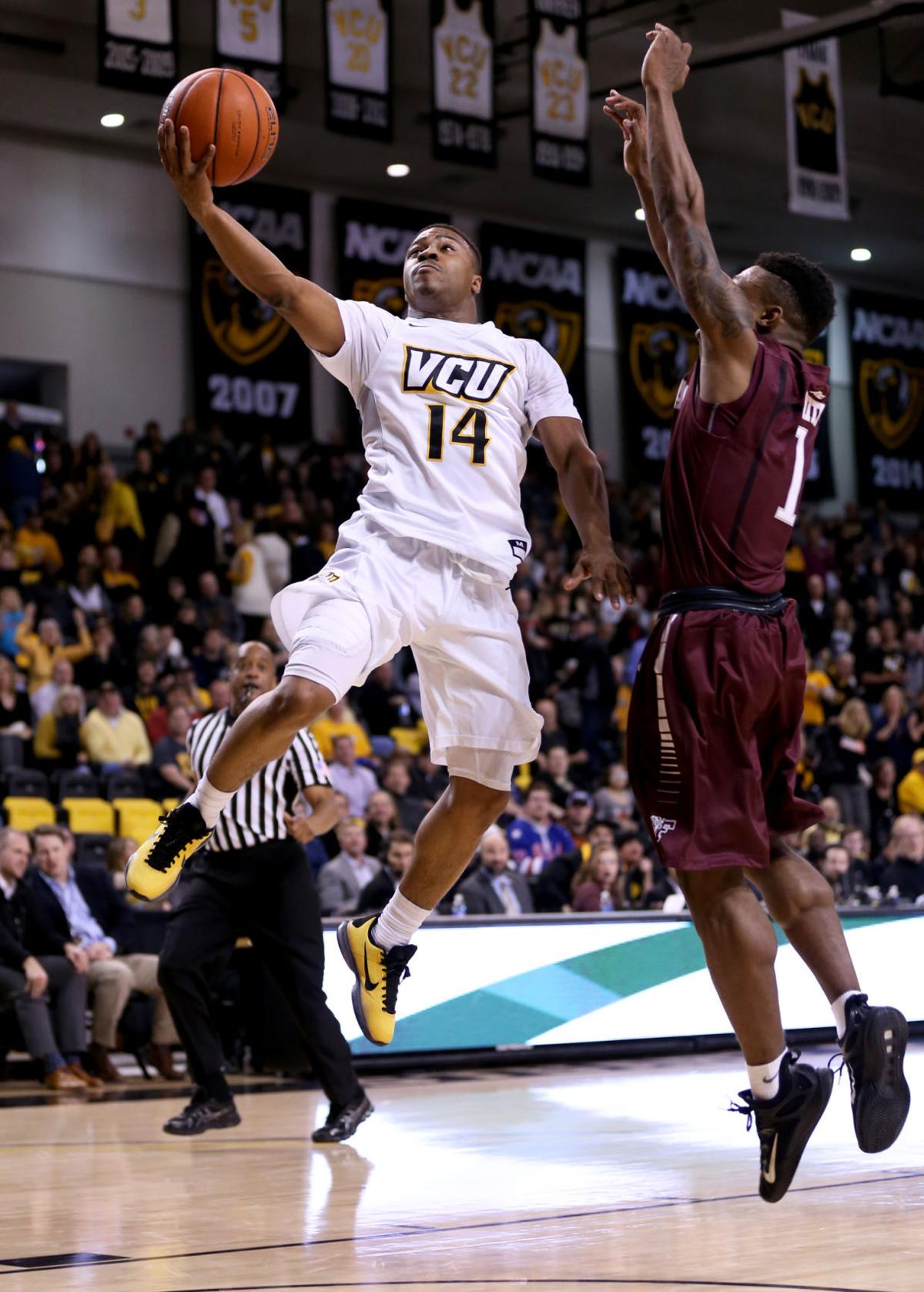 VCU's Torey Burston stretches for a layup in a game against Fordham on Wednesday Jan. 13, 2015. 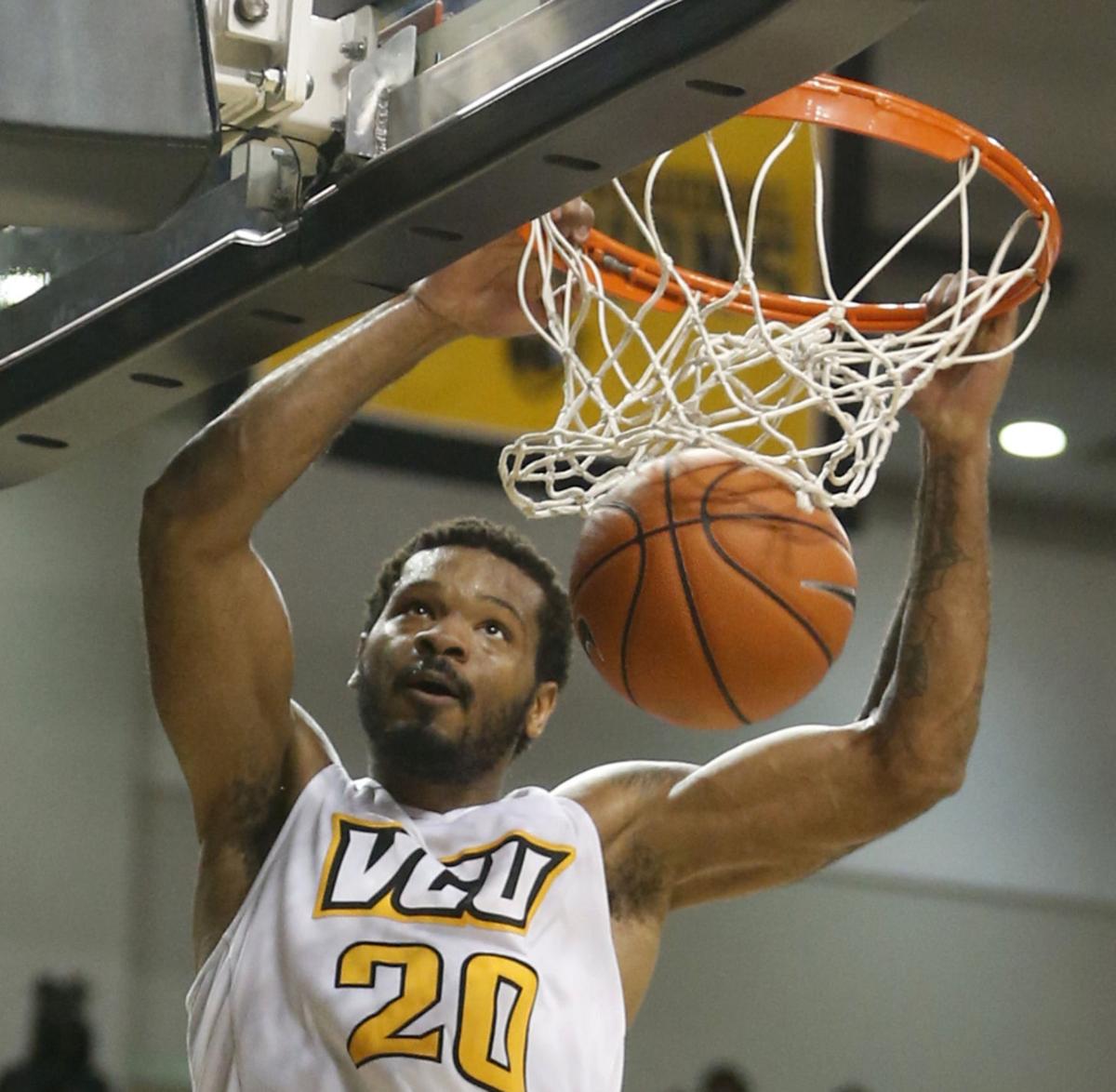 Over the years, former VCU players’ pilgrimage back to downtown Richmond has become a tradition of sorts.

The summer in particular is a time when familiar faces are known to pop in. The Rams’ training facility on West Marshall Street, the Basketball Development Center, is a haven where alumni can play and work out if they so choose.

There’s an open-door policy — men’s basketball coach Mike Rhoades has said that he wants everyone who’s ever put on a VCU uniform to know that they’re welcome back.

“I think with VCU it’s such a brotherhood culture here,” former guard Torey Burston said. “And everyone loves each other. Like I didn’t play with Brandon [Rozzell] or Brad [Burgess] or Eric Maynor, but those are like big brothers to me. I can text them and we link up when they come back to Richmond. Have a good time and work out together.”

This year, suffice to say, is different. Because of the coronavirus, access to the Basketball Development Center this summer has been mostly limited to current team personnel.

But that still hasn’t deterred some from coming back to campus to train. Daniel Roose, the men’s basketball team’s director of sports performance, worked with a sizable swath of those alumni during his first stint at VCU, under Shaka Smart (2009-15).

Roose returned to VCU last summer after four seasons with Smart at Texas. And because of the limitations on facility use, he’s put together training sessions for former players outdoors, using the space that makes up the Siegel Center’s loading dock.

It’s work that, for them, has a bit of a throwback flavor.

“I owe those guys the world,” Roose said of the former players. “And we’re going to make the best of it. If we got to go outside, hey, we’ll go outside. We’ll load up a shopping cart with some [resistance] bands and medicine balls and some kettlebells and stuff like that, and we’ll get a workout in.

“And the funny thing is, those guys, that’s kind of what they grew up on anyway with me. We practiced in Franklin Street Gym, and we lifted in the bottom of [Bowe Street Parking Deck].”

Roose put together a group chat with a bunch of the former players letting them know that they could put something together outside. The loading dock, which borders West Marshall Street, happens to be a good spot to work out, Roose said. The slope of the hill is ideal for running, and the walls on the side are suitable for throwing medicine balls off of.

Sessions started early this month with a couple outings a week and a solid group of about six to eight.

Roose has kept the exercises fairly simple — mainly push, pull, squat and hinge movements — with the minimalistic equipment he hauls out in the shopping cart. Also running, including “a parking deck mile,” using the Bowe Street deck.

“Definitely an old-school feel,” said Graham, who did three sessions before he had to head back out of town. “He didn’t kill us like he did when I was there. But just the feeling of running up the parking deck. And throwing around medicine balls, and all of that good stuff.

“I think that it brings back a good feel. It makes you reminisce about old times and basically gets you locked in to what you’re there to do, and that’s get a good workout in.”

For Graham, the workouts came in a summer during which he’s taking a long-term view because of the length of the offseason. The Hawks aren’t one of the 22 teams in the NBA’s restart at the Walt Disney World Resort in Orlando. So his 2019-20 season ended in mid-March, and the 2020-21 season isn’t expected to start until the beginning of December.

This offseason will include pacing to avoid early burnout.

“You got to be smart about it,” said Graham, who is set to become a free agent this offseason.

For Burston, the workouts come as he prepares to pursue his first professional playing opportunity. He plans to head to a showcase in Las Vegas in October, where a possible suitor from Great Britain will be watching.

“If it works, it’s a chapter in the book I’ll open up,” said Burston, who has served as an assistant boys basketball coach at J.R. Tucker the past two years.

Whatever the goal or motivation for coming out, though, the workouts are more than just that — they’re like de facto reunions too.

It looks a little different this year but, for the alumni, no Basketball Development Center has been no problem.

“It’s always good to come back, definitely with Roose,” Graham said. “Because he’s a great — probably one of the best — strength and conditioning coaches I’ve ever been around. And so he made sure that the little time I was there I felt good. Working on different things that I needed to work on.

“And just a good time with the guys again. And just feeling like home, just like it always does.”

VCU’s Jequan Lewis and Dayton’s Darrell Davis go after a loose ball during the Atlantic 10 Championship game at the Barclays Center Sunday, March 15, 2015.

VCU's Torey Burston stretches for a layup in a game against Fordham on Wednesday Jan. 13, 2015. 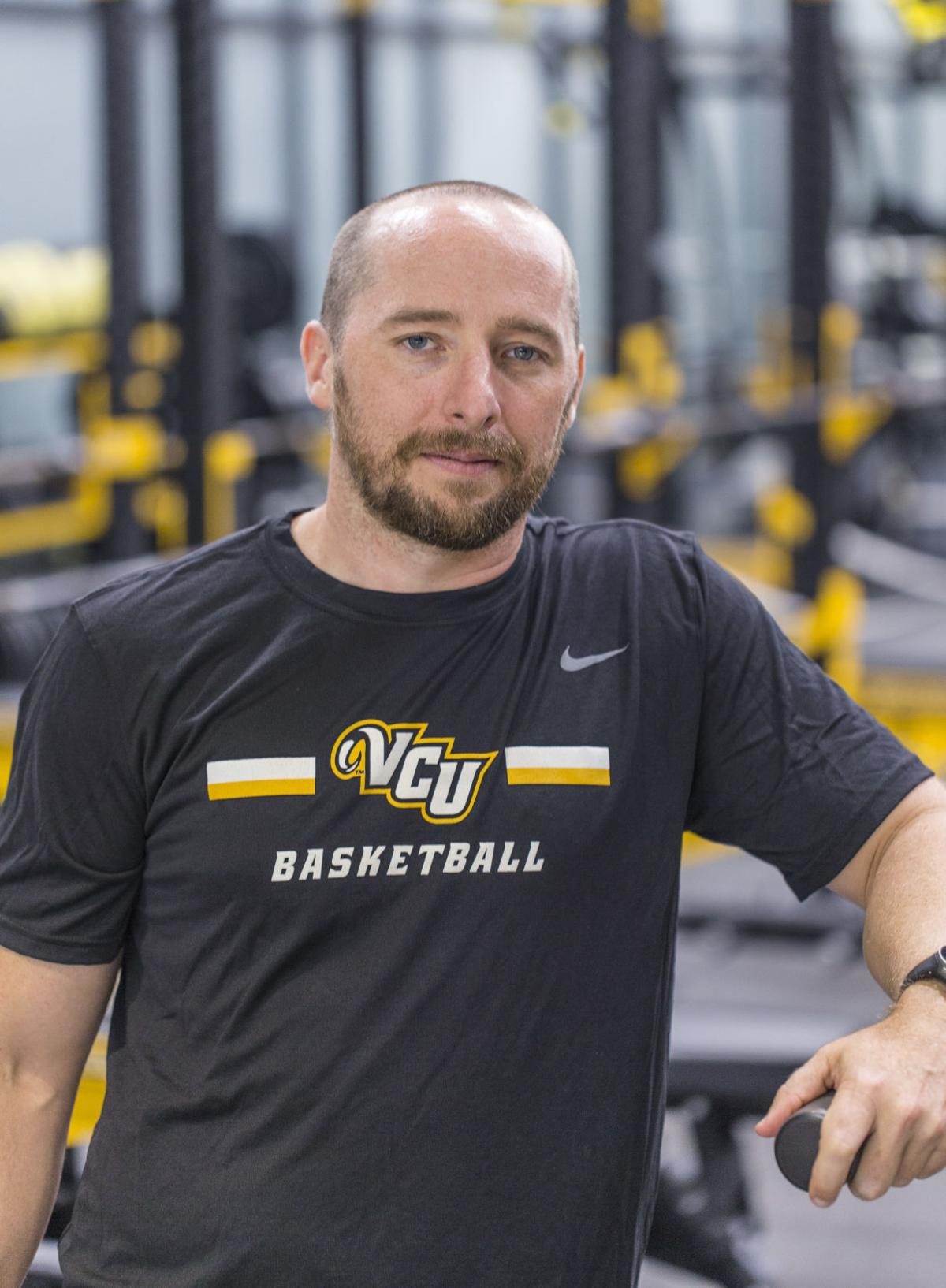