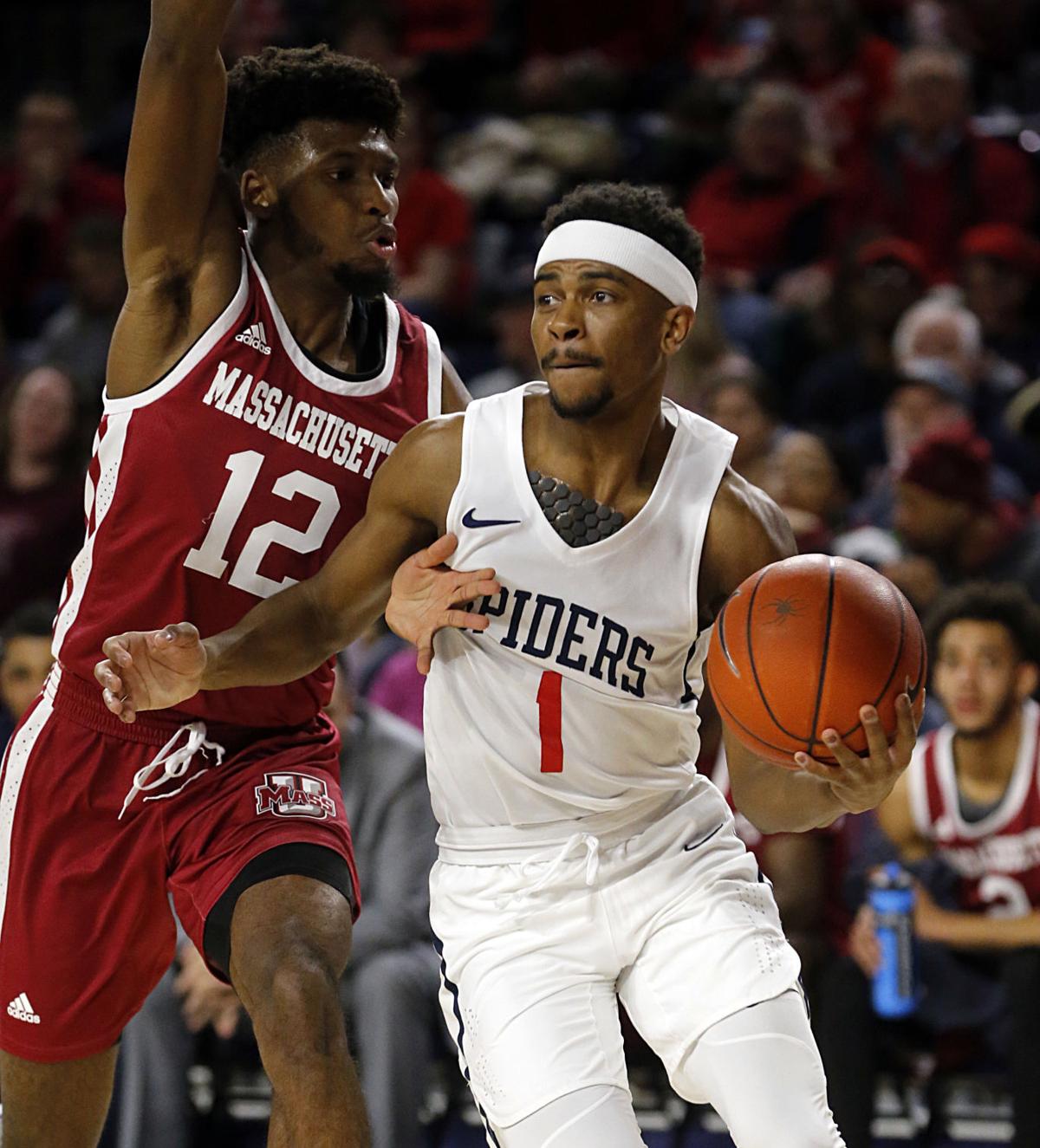 Of Blake Francis, Richmond teammate Nick Sherod said, “He has probably the biggest chip on his shoulder of anybody I’ve ever played with ever in my life. He’s always pretty angry on the court, even in practice.” 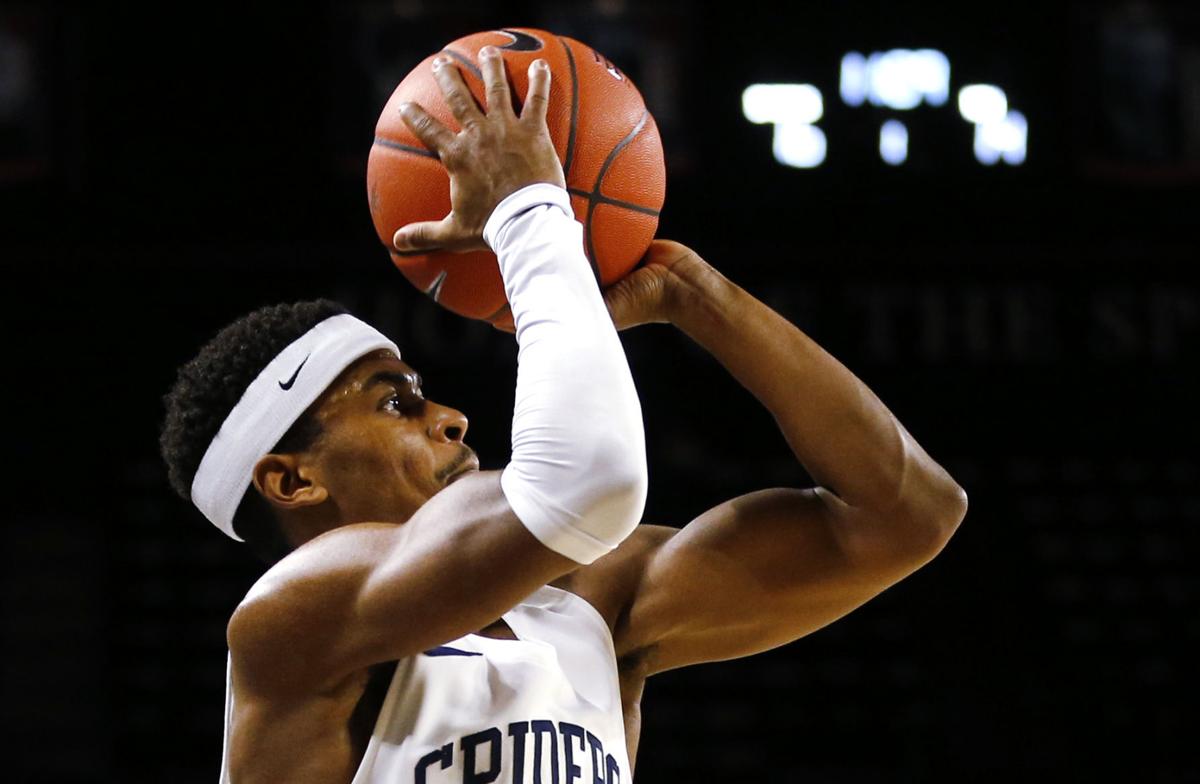 Blake Francis in the spring of 2018 had completed his sophomore season at Wagner. He averaged a team-high 17.3 points and set a school record with 102 3-pointers for a 23-10 team that advanced to the NIT.

Francis, a 6-foot guard, could have stayed at Wagner and, presumably, been one of the Northeast Conference’s top players for two more years. He decided to transfer.

“I just wanted a different look,” Francis said Wednesday. “Wagner is kind of a low-major Division I school and I wanted to play at a little bit of a higher level.”

That may turn out to be the most momentous decision of Francis’ life. He transferred to Richmond, where he was the leading scorer (17.7 ppg) on a 24-7 team last season. The Spiders return all five starters this year, when Francis seems set to take another step on his path toward a professional career.

“Playing in those big-stage games like we did this past year, playing on ESPN and all those types of things, they help with me getting that exposure,” said Francis.

St. Bonaventure, Loyola-Chicago, Charleston and other schools also wanted Francis after he determined he would leave Wagner.

“Richmond kind of stood out because of the connection that I had to Richmond,” said Francis, who’s from Herndon. Francis’ father, Carl, and his mother, Cissy, are Virginia Union alumni. Richmond’s roster included a few players Francis knew from AAU experience. The key connection, however, may have been Cedrick Lindsay, a former UR standout point guard 2011-14.

Francis has a cousin who played with Lindsay at Washington’s Gonzaga College High School and in AAU organizations. Francis grew up watching those teams play, and grew close with Lindsay.

“Cedrick Lindsay was a big part in helping me get (to UR),” said Francis. “He told me how they do things around here and how it’s good, how it’s a great school academically, how you can connect and network with different people, and how it can really help you be successful for life after college.”

Francis’ choice to leave Wagner could have gone another way. He wouldn’t have been the first transfer to flop at his new D-I address. He, and UR, provided a bit of a cushion. While other transfers in 2018 were granted waivers to play immediately in the name of student-athlete welfare, Francis chose to sit out a year. He had a foot issue repaired through surgery, lifted weights to get stronger, and learned the way coach Chris Mooney wanted things done.

“I knew what coach Mooney and the rest of the coaching staff brought me in to do,” said Francis. “I knew what I was capable of doing, and what I had to do in order to help this team be successful and win.

“I was glad I took that redshirt year because I felt as though I took advantage of it.”

Mooney believes Francis’ defensive edge may have been more important to Richmond than his scoring punch, and Spider Nick Sherod said of Francis, “He has probably the biggest chip on his shoulder of anybody I’ve ever played with ever in my life. He’s always pretty angry on the court, even in practice.”

Francis’ story reveals a blind spot in the recruiting system. Francis scored 1,390 points at Westfield High, which he led to a 2016 Group 6A championship. He received one D-I scholarship offer, and that came late, from Wagner.

“People just saw me as a player who was a little too small maybe to play at this level. That’s what I kind of heard a lot. I was just too small,” said Francis. “I didn’t let that affect the way I played or affect my confidence.

“It aggravated me a little bit, but I couldn’t let that control my emotions and me going out and still playing, still trying to get a scholarship. I knew all I needed was one, and that’s what happened.”

According to Westfield coach Doug Ewell, Francis was overshadowed on his AAU team by elite players, and recruiters who work the Washington metropolitan area concentrate on the Washington Catholic Athletic Conference, which includes DeMatha, Gonzaga, St. John’s, and other nationally recognized high school programs.

“I am not knocking Wagner,” Ewell said. “But (Francis) was way better than Wagner.”

Francis tentatively planned to spend a prep-school year at Woodstock’s Massanutten Military Academy. Wagner came through with a scholarship the summer following Francis’ senior year at Westfield. A Wagner athlete who was playing football and basketball was switched from a basketball scholarship to a football scholarship. Francis filled the hoops vacancy.

He played about 20 minutes a game (7.2 ppg) as a freshman at Wagner, located in Staten Island, N.Y., and then broke out as a sophomore.

“My freshman year at Wagner, they already had guys on the team who were the scorers and who were kind of the main guys on the team,” said Francis. “After that season, there were some shifts. Some guys transferred. Some guys graduated. Going into my sophomore year, I really worked hard during the offseason, really got that confidence going that I was going to be the guy on next year’s team.

What would have transpired had Francis not transferred? He would be done with college, and college basketball, at this stage. Francis doesn’t think about that much.

“I’m happy with the decisions that I made. I kind of feel like this is where I was supposed to be in the first place,” said Francis. “But everything happens for a reason.”

Of Blake Francis, Richmond teammate Nick Sherod said, “He has probably the biggest chip on his shoulder of anybody I’ve ever played with ever in my life. He’s always pretty angry on the court, even in practice.”