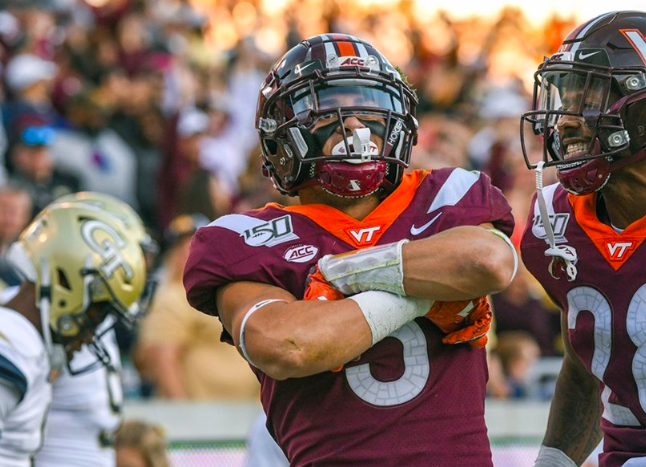 Virginia Tech cornerback Caleb Farley, a former quarterback, is projected as a first-round selection in the next NFL draft. 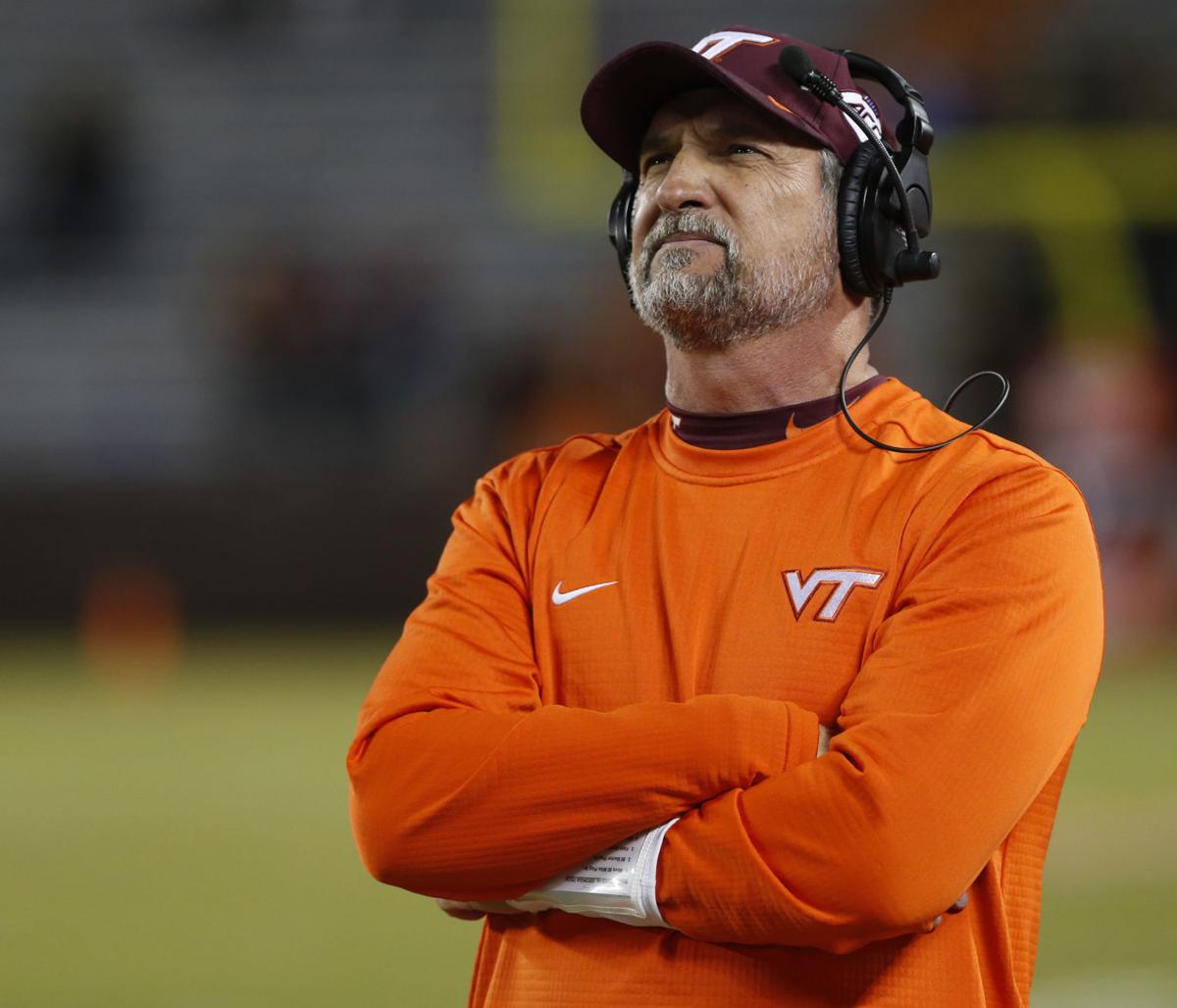 BLACKSBURG — Going out on top.

It’s as much of a sports cliché as it is a competitor’s axiom.

Two months ago, it didn’t look like Bud Foster would enjoy a suitably successful conclusion to his Hall of Fame-worthy career.

For more than two decades Foster has been synonymous with aggressive, attacking and — most importantly — stout defenses at Virginia Tech.

But in this, his final season, the retiring guru’s unit allowed 39 points a game in its first four ACC outings, no way for a college football legend to exit.

“I never did,” Foster said when asked if he contemplated what going out on a down note might mean to him. “That’s just kind of how I’ve been doing it all my life. And coaching is just going to the next one. Because that’s all you can control.”

As it turns out, Foster would have been wasting his time if he had been worried about a final season in any way tarnishing his legacy. In the last three games, his unit has allowed all of 17 points. That stretch includes back-to-back shutouts of Georgia Tech and Pittsburgh.

“Obviously, yeah, (if) I (pictured) this, would this be the way I want it? Yeah,” Foster said. “Now it would be really perfect if we went out and shut out the team we’re getting ready to play. That would make it really good. And then go shut out Clemson. That’d be like kissing Cinderella, I guess.”

The team Foster and Tech faces next is rival UVA, a team Foster is 21-3 against as the Hokies’ defensive coordinator, including the current streak of 15 straight wins in the rivalry game. And this meeting will decide the ACC Coastal Division championship.

The winner gets the prize of being served up as an underdog to Clemson in the ACC title game on Dec. 7.

The streak. The title. Foster’s final regular season game. The Hokies have no shortage of motivation taking the field Friday at Scott Stadium.

“It’s big time,” said linebacker Dax Hollifield. “This game is really important for this school and this program, and also for bigger things. Obviously who wins this gets to go on and gets a shot at the whole thing, so that’s the big goal.”

Foster has been a part of nine conference or conference divisional champions in his tenure at Tech.

What would one more mean? In his final season, it would mean going out on top.

Three keys for the Hokies

1 Dominate time of possession: The Hokies rank fourth in the ACC in time of possession, averaging 31:09 per game this year. They’ve been even better controlling the clock the past four games. The issue? Time of possession is also a big part of UVA’s strategy. The Cavaliers lead in the league, holding the ball for a staggering 34:05 per game, nearly three minutes more than anyone else in the ACC. For Tech to win that statistic Friday, they’ll need to convert on third down. And for quarterback Hendon Hooker to have the best chance to convert on third down, Tech needs to execute well on first down.

2 Mistake-free football from Hooker: Speaking of Hooker, he’s 6-0 as Tech’s starting quarterback, and a big reason why has been ball security. Hooker has not thrown an interception in 110 pass attempts this season. Virginia has only forced 13 turnovers this season, tied for the second fewest in the ACC. But the Cavaliers do get after opposing quarterbacks, ranking tied for eighth nationally in sacks. Pressure can lead to mistakes. Mistakes can lead to interceptions. And the Hokies can’t afford those.

3 Get big plays on defense: Not only has Virginia Tech made scoring nearly impossible the past four weeks, giving up just 38 points in those contests, including posting back-to-back shutouts, the Hokies are also reaching the end zone on that side of the ball. In three of the past four games, Tech has scored a defensive touchdown. A play like that could turn Friday’s rivalry game.

Virginia Tech cornerback Caleb Farley, a former quarterback, is projected as a first-round selection in the next NFL draft.