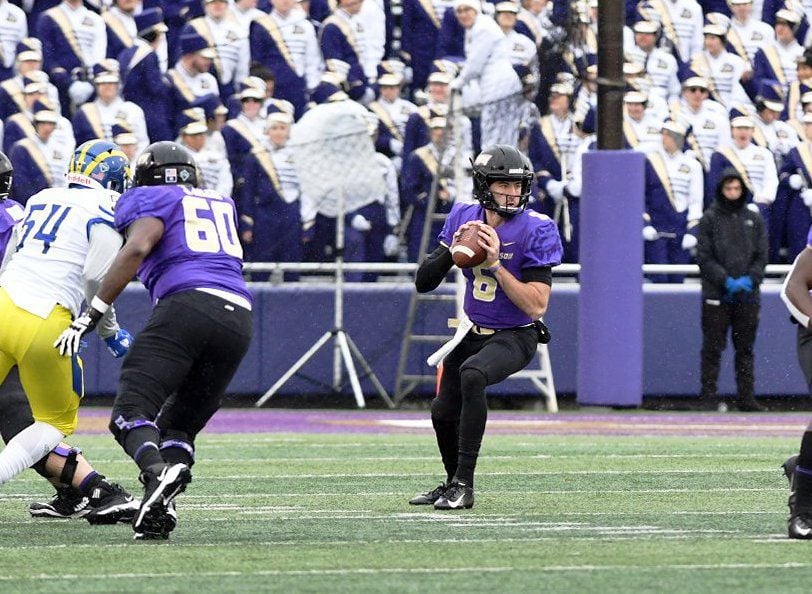 Ben DiNucci, a transfer from Pitt, started every game at quarterback for JMU last fall. 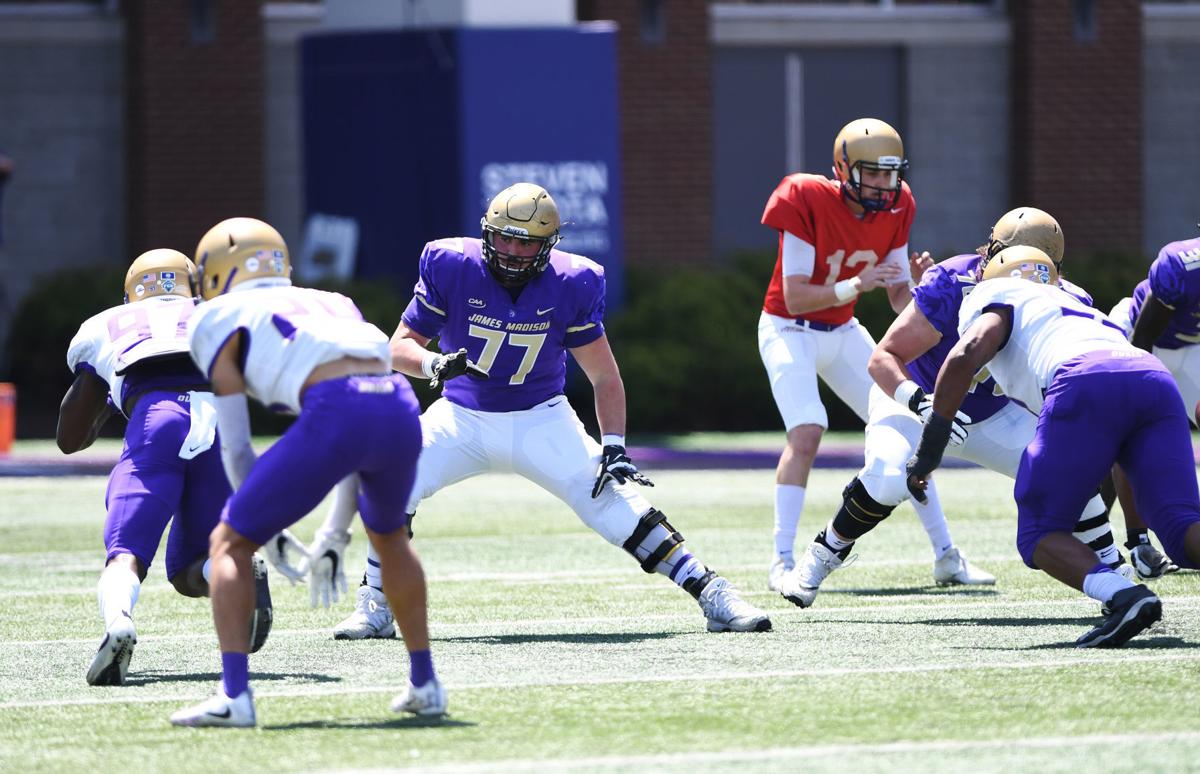 HARRISONBURG — During the past two years, James Madison quarterbacks Ben DiNucci and Cole Johnson have developed a good relationship.

The two have been part of competitions for the Dukes’ starting quarterback job the past two offseasons. DiNucci started every game last fall, but the two have dueled again this year, with a new coaching staff in place under first-year coach Curt Cignetti.

Still, there seems to be a good energy in the Dukes’ quarterback room. They try to keep it lighthearted; they crack jokes.

Though DiNucci and Johnson have vied against each other, it’s not hateful competition, Johnson said. It’s about improving one another.

“We try to not take it so personal when we’re on the field,” DiNucci said. “We’ve all got one goal in mind, and that is to win every single Saturday. So, regardless of who’s out there, as long as the team wins, that’s the main goal.”

This year’s duel rages on at JMU’s fall camp, with the team’s season opener at West Virginia less than two weeks away. But Cignetti said at the team’s media day Sunday that he’ll likely make a decision on the starter this week.

“I don’t feel a great sense of urgency, because I think anyone that comes to practice every day probably understands where we’re at right now,” Cignetti said. “So I just want to see them both continue to improve.”

The incumbent DiNucci has taken most of the snaps with the first team, but Johnson has gotten some, too.

DiNucci tallied 2,275 yards passing last season, with 16 touchdowns to 12 interceptions and a completion percentage of 68. The 6-3 210-pounder also ran for 433 yards and nine touchdowns.

But there were struggles at times. Johnson replaced DiNucci in JMU’s game at New Hampshire last November after DiNucci lost a fumble and threw an interception in the first quarter. DiNucci also had five interceptions in JMU’s loss to Colgate in the second round of the playoffs.

So two things that drew DiNucci’s focus earlier this offseason, heading into fall camp, were protecting the ball and decision-making.

“Being the same guy every single day, coming out and being consistent and just knowing that the 10 other guys around me on offense can trust me every single time I’m out there and, in turn, I can trust them, too,” said DiNucci, a fifth-year senior.

Johnson redshirted last season, preserving a year of eligibility, but appeared in four games, thanks to a new NCAA rule that went into effect last year. The 6-5, 209-pound junior’s most significant action last season came in the New Hampshire game, when he finished 31 of 48 for 398 yards passing and three interceptions. He also added a touchdown on the ground in a 35-24 JMU loss.

Johnson entered this offseason with an objective of seeing defenses better — learning about coverages and blitzes. He said Cignetti and offensive coordinator/quarterbacks coach Shane Montgomery have helped him with that pursuit.

“Just seeing everything presnap, so you can make the right read postsnap,” Johnson said.

DiNucci and Johnson said Montgomery’s offense is similar to what the Dukes ran last year under previous offensive coordinator Donnie Kirkpatrick, who’s now with previous head coach Mike Houston at East Carolina. The team will be able to line up in a variety of looks.

This time last year, Houston and Kirkpatrick discussed how it was a “good problem to have” as they worked to decide between DiNucci and Johnson. Though only one will run out first against West Virginia on Aug. 31, the Dukes know that they have capable options at quarterback.

DiNucci and Johnson embrace the dynamic.

“I think we push each other to get better,” Johnson said. “It’s really good — iron sharpens iron.”

Ben DiNucci, a transfer from Pitt, started every game at quarterback for JMU last fall.