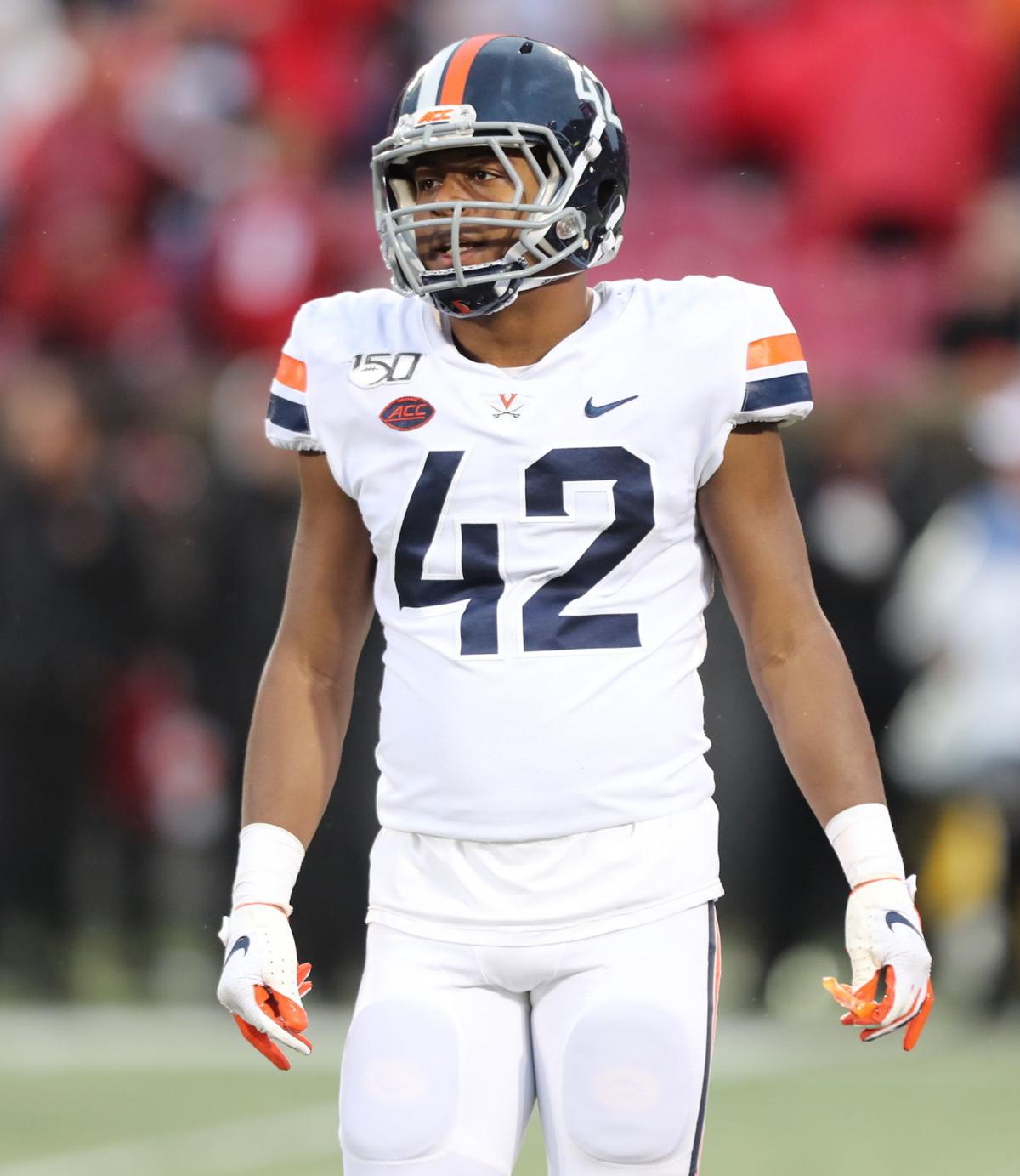 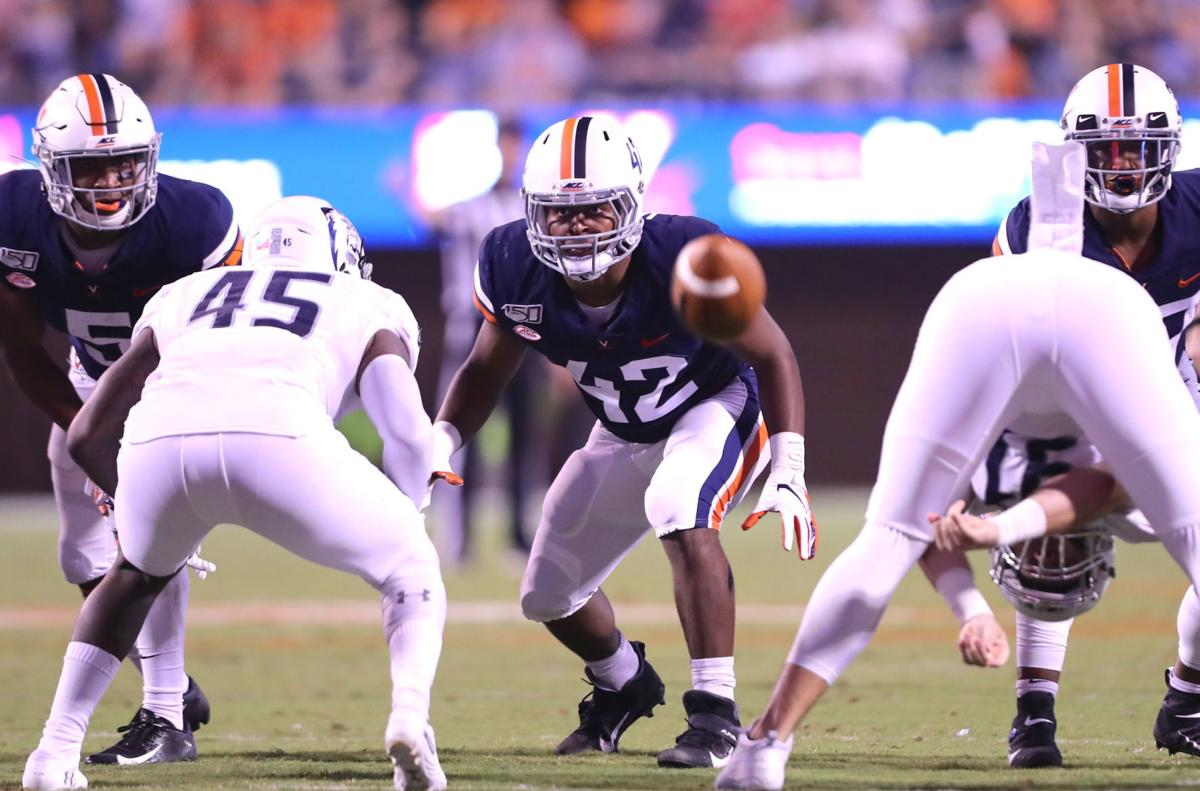 Virginia linebacker Nick Jackson totaled 28 tackles in his first season, mostly toward the end of the year. He piled up a career-high nine tackles in UVA’s ACC title game defeat against Clemson. Now, Jackson is working to secure a more steady role.

CHARLOTTESVILLE — During fall camp in August, while talking about the depth Virginia had built at inside linebacker, co-defensive coordinator Kelly Poppinga threw a new name into the mix.

Now, with senior linebacker Jordan Mack suspended for the first half of Saturday’s pivotal ACC Coastal Division game at North Carolina (4-4, 3-2), Jackson will draw attention as he makes his first college start.

The 6-foot-1, 225-pound rookie has played in every game this season for UVA (5-3, 3-2 ACC), mostly on special teams. When the season started, Virginia had Mack and juniors Zane Zandier and Rob Snyder as experienced options at inside linebacker.

Mack is tied for the ACC lead with seven sacks this season and has made 44 tackles, tied for third on the team.

After Mack was ejected in the second half of the Cavaliers’ 28-21 loss at Louisville on Saturday, Jackson replaced him at inside linebacker. Jackson finished with a career-high four tackles.

“I think he did a pretty nice job,” Zandier said after the game. “He’s a really smart kid. He’s a great tackler. I think he moves really well. He’s going to be a great player.”

Now, Virginia goes into a game for first place in the division with Jackson being backed up by another true freshman, Josh Ahern. Ahern played in the Duke win, his first college experience.

“We really like our two first-year linebackers, and not only Nick Jackson, but Josh Ahern. We like him every day in practice,” UVA coach Bronco Mendenhall said. “We like their capability, we like their mindset. What we don’t like is their experience, as they’re getting experience. But this week of practice will certainly help. They both will have to step up because they are our depth now, at least for the first half, and one is the starter and one is the backup, our third linebacker in.”

UVA won’t hesitate to play Ahern on Saturday thanks to the NCAA rule allowing players to take part in up to four games and still redshirt.

UVA doesn’t make true freshmen — even those in the starting lineup — available to the media. But Jackson’s teammates took turns this week singing the praises of the young prospect and insisting they’re confident he can execute what’s asked of him against the Tar Heels.

“He’s a pretty good player, and the expectation for him is just to step in and do exactly what J-Mack was doing,” sophomore outside linebacker Noah Taylor said.

“That’s the standard, and that’s what we expect out of him, and I know that we can get that out of him.”

Replacing Mack’s leadership could be a different challenge. The unit already lost senior captain Bryce Hall, an All-America cornerback, for the year because of an ankle injury.

As far as the play that led to the situation, Mendenhall doesn’t believe Mack should have been ejected for targeting against Louisville.

“A ruling I didn’t agree with, and still don’t,” Mendenhall said Monday after reviewing video of the hit on Sunday. “It had an emotional toll on our team, it had a performance toll on our team not only for that drive, but finishing the game, and I don’t think the hit was in alignment with the intent of the rule.”

Virginia linebacker Nick Jackson totaled 28 tackles in his first season, mostly toward the end of the year. He piled up a career-high nine tackles in UVA’s ACC title game defeat against Clemson. Now, Jackson is working to secure a more steady role.