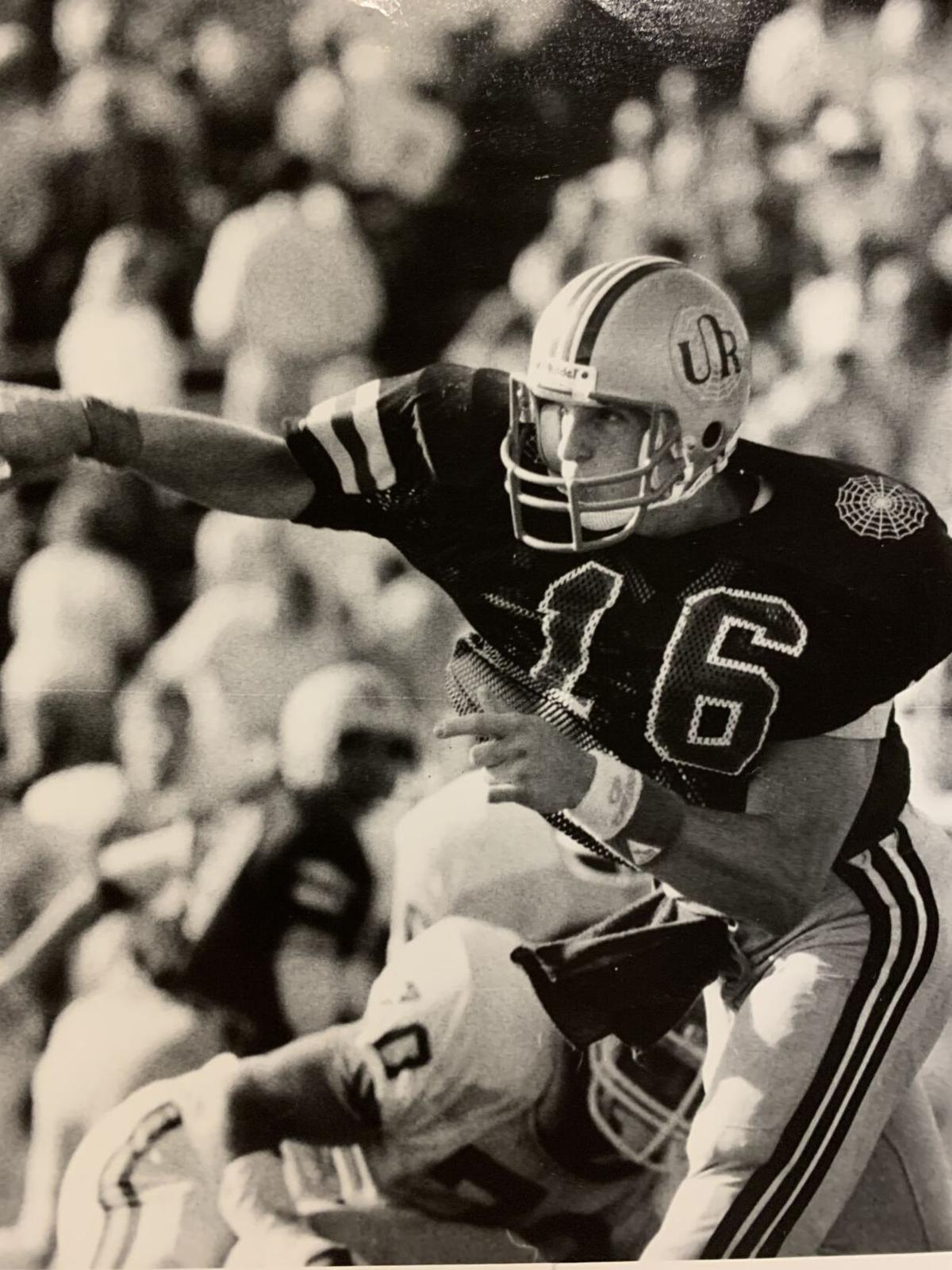 Richmond’s Bob Bleier completed 20 of 26 pass attempts for 237 yards and two touchdowns in the Spiders’ 1985 win at Virginia Tech. 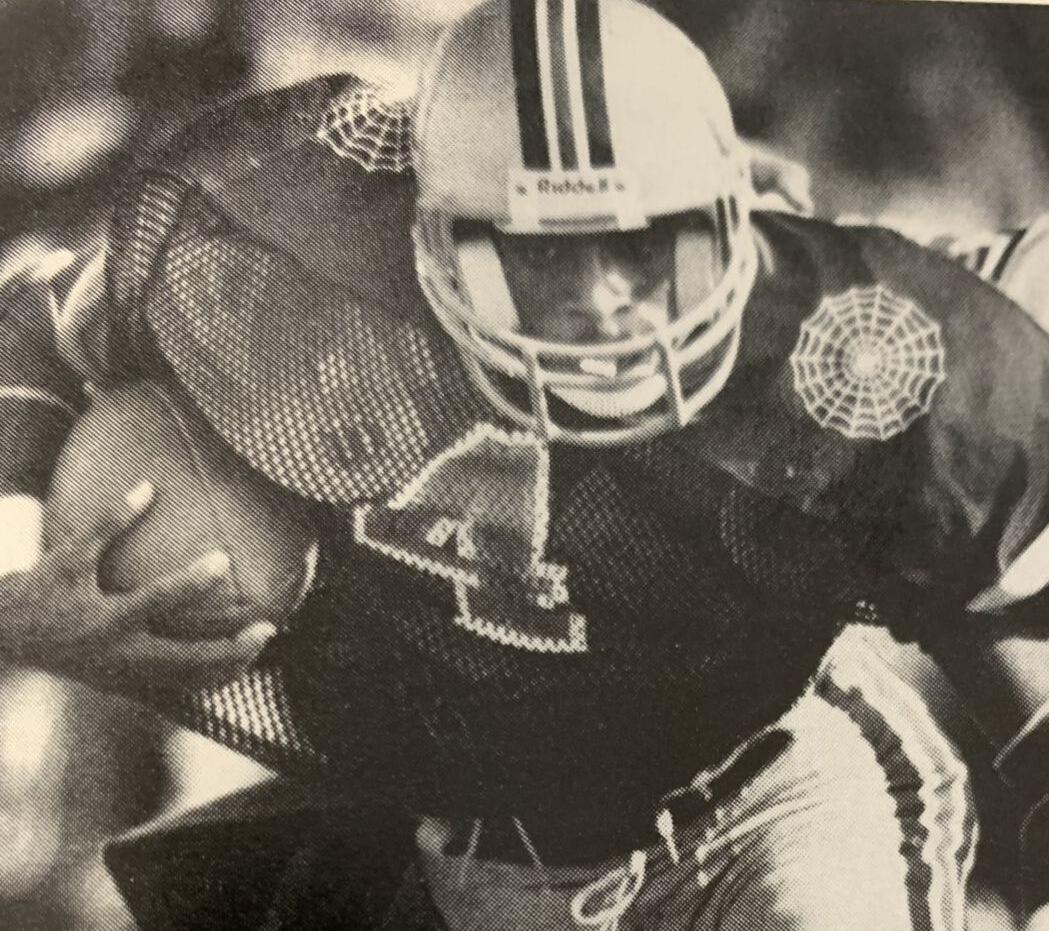 Richmond’s Leland Melvin made nine catches for 110 yards and a touchdown in the 1985 win at Virginia Tech. 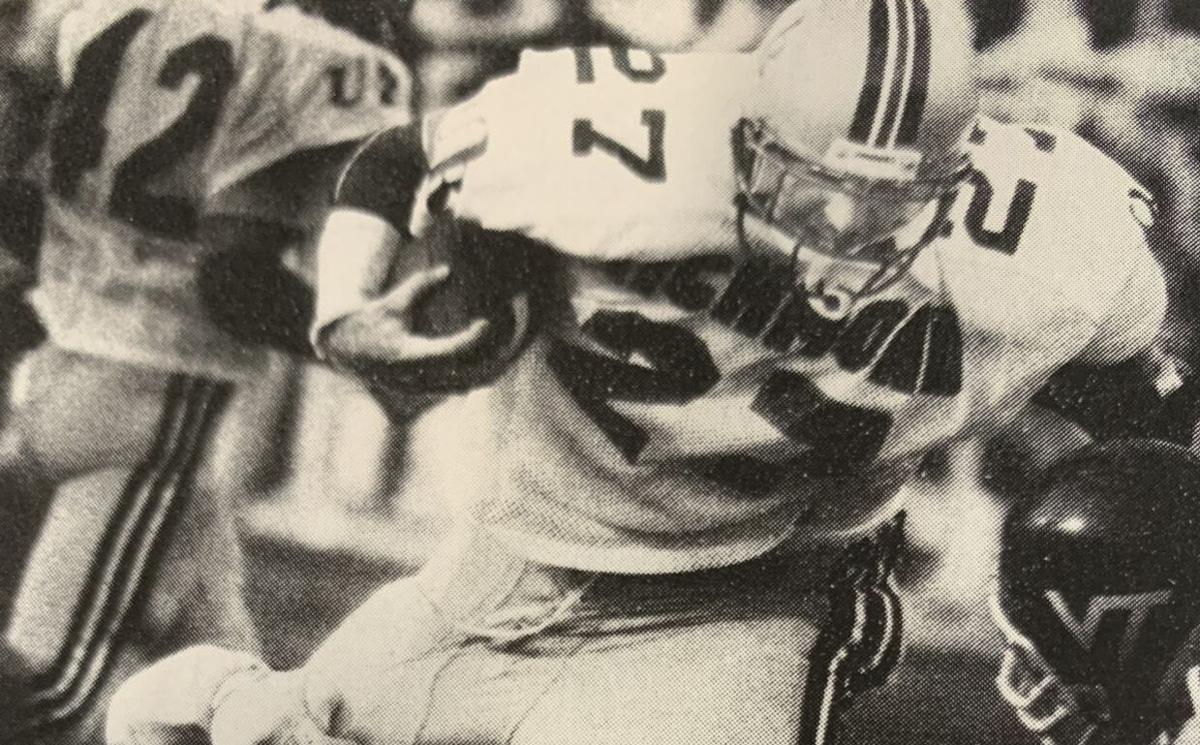 Richmond’s David Bayer ran for 128 yards on 22 carries in the Spiders’ 1985 win at Virginia Tech.

One of the oddest seasons in University of Richmond football history kicked off with a win at Virginia Tech, where UR plays Saturday. UR in 1985 started its 11-game schedule 7-0 and ranked No. 1 in the Division I-AA poll.

And then failed to make the playoffs.

In that 1985 UR win, the Spiders outscored the Hokies 10-0 in the second half before 21,100 at Lane Stadium, where UR’s David Bayer ran for 128 yards and Bob Bleier completed 20 of 26 pass attempts for 237 yards and two touchdowns. Leland Melvin, before he became a NASA astronaut (no joke), made nine receptions for 110 yards and a TD.

“One of those premier games that will always stick out in the minds of coaches and players,” Dal Shealy, UR’s coach from 1980 to 1988, said many years later.

The 1984 Spiders had advanced to the 12-team I-AA (now 24-team FCS) playoffs for the first time and brought back Bleier for the third of his four seasons as a starter, with Melvin, the record-setting receiver who helped UR gain 465 yards at Virginia Tech.

Richmond followed the win in Blacksburg with six straight victories over I-AA opposition, giving the Spiders 12 consecutive regular-season wins dating to mid-October of 1984.

The I-AA poll in 1985 was conducted by the NCAA, which weighed results from the first few weeks of the season before releasing rankings. The Spiders, at 3-0, were No. 1 in the first poll of the year, which appeared on Sept. 23. Four athletic directors, representing the four I-AA regions, voted after consulting with advisory committees.

“We thought we’d maybe be in the top 10, but No. 1? No way. This is a big surprise,” Bleier said on the day the poll was released.

Richmond, a I-AA independent, for five weeks remained top-rated and seemed headed for a second consecutive appearance in the 12-team playoffs. Then came a visit to Rutgers on Oct. 26. The Spiders lost 20-17. UR’s Brendan Toibin was short on a 47-yard field-goal attempt in the final seconds.

“That certainly took some wind out of our sails,” Bayer said. “My recollection is that we just kind of ran out of gas. The second half of ’84 and the first half of ’85 we had been so up, so good.”

The Spiders next fell at Boston University (which finished 3-8), then beat Brown and needed a win at William & Mary to make the playoffs. The Tribe prevailed 28-17. UR started 7-0 and ended 8-3, ranked No. 18.

This will be the most anticipated Richmond hoops season since 2010-11.

Spiders' top two QBs recovering from injuries, one of three could start at Stony Brook

Regardless of who plays QB for Richmond, the plan is “to protect him like he’s your mom,” said offensive lineman Tim Coleman.

UR coach Russ Huesman: “If we go with Beau, we’ll feel pretty good.”

By the time UR gets into A-10 play in January, Nick Sherod, Nathan Cayo and Grant Golden will each be 24.

Richmond’s Bob Bleier completed 20 of 26 pass attempts for 237 yards and two touchdowns in the Spiders’ 1985 win at Virginia Tech.

Richmond’s Leland Melvin made nine catches for 110 yards and a touchdown in the 1985 win at Virginia Tech.

Richmond’s David Bayer ran for 128 yards on 22 carries in the Spiders’ 1985 win at Virginia Tech.