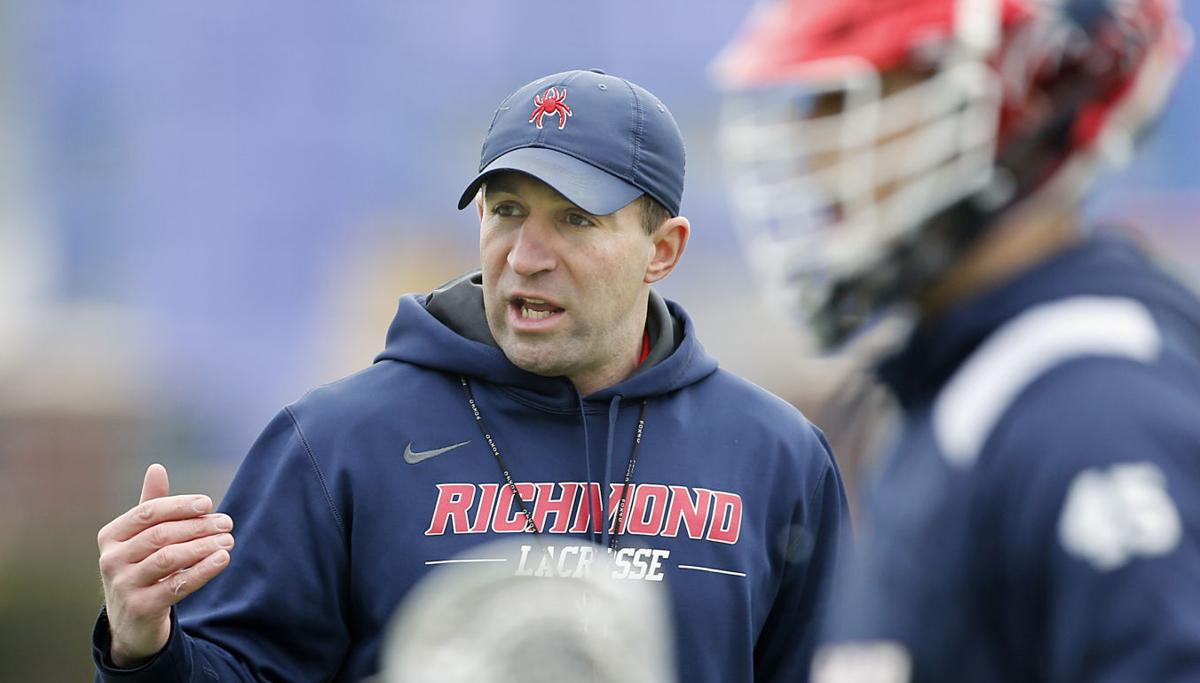 UR Coach Dan Chemotti: “Air Force’s effort just showed that this game was more important to them than it was to us. That’s a hard pill to swallow, to be perfectly honest with you.” 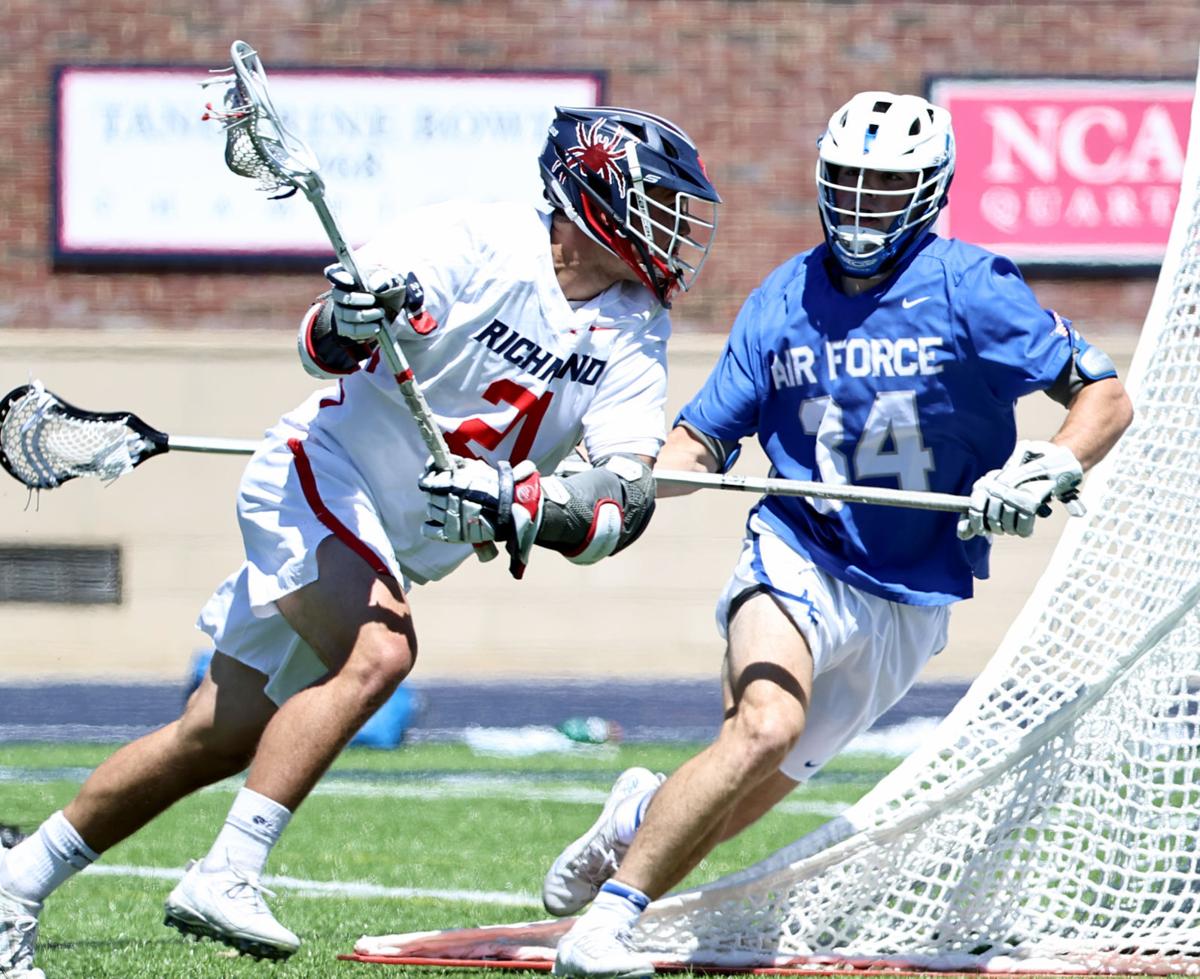 Richmond’s Dalton Young (left) tries to get around Air Force’s Quentin Carlile during the first half. The Spiders overcame an early deficit but couldn’t sustain the momentum.

Across an eight-lane track behind the University of Richmond bench area leaned 15 framed red Spiders lacrosse jerseys against the Robins Stadium wall.

These were pregame presentations to UR seniors Saturday and motivation for the Spiders in their regular-season finale against Air Force.

Richmond already had locked up the top seed in the upcoming Southern Conference tournament at Robins Stadium, making the Falcons’ visit an opportunity to successfully honor UR’s talent-heavy senior class. That did not happen.

Air Force scored two goals in the opening 1:03 and trailed only once on the way to a 9-8 victory. Richmond took a 5-4 advantage early in the second period, but that momentum quickly faded.

“Air Force’s effort just showed that this game was more important to them than it was to us,” said UR coach Dan Chemotti.

“That’s a hard pill to swallow, to be perfectly honest with you.”

The No. 15 Spiders (6-5, 5-1 SoCon) get another crack at the fourth-seeded Falcons (4-8, 3-3 SoCon) Wednesday in the SoCon semifinals at UR at 5:30 p.m. Second-seeded High Point will face third-seeded Jacksonville in the 8 p.m. semifinal. The championship is scheduled for Friday at noon.

Air Force’s travel party will remain in Richmond rather than returning to Colorado Springs, Colorado, and coming back to UR.

Richmond and High Point, which each finished 5-1 in conference competition, are recognized as SoCon co-champs. The Spiders need to win the SoCon championship to make the 16-team NCAA tournament field.

UR sophomore attack Richie Connell scored five goals against Air Force and said afterward, “I think this was just a wake-up for our entire team, and our culture. We’ve been kind of doing well in the SoCon, kind of running up teams.”

“I don’t think we had quite the quality of looks on cage that we are accustomed to getting, and Air Force is a really strong defensive team,” said Chemotti. “They played exceptional defense today.”

In regular-season league competition, this was Richmond’s final meeting with Air Force, which leads the series 7-2 and is 4-1 at Robins Stadium.

A league shuffle was announced in February.

The Spiders starting next season will remain a member of a reconfigured Southern Conference that loses Air Force and Bellarmine, and adds Hampton.

VMI also stays in the SoCon, which will continue to include High Point, Jacksonville, and Mercer. Hampton becomes a SoCon men’s lacrosse member on July 1.

The Aantic 10, to which Richmond belongs for most other sports, does not sponsor men’s lacrosse, though there has been momentum in recent years to do so.

Note: A limited number of spectators (approximately 1,000) will be allowed at the SoCon tournament at UR.

Children 4 and under and SoCon students with a valid school ID get in free.

Playing for the Southern Conference men’s lacrosse championship at home, the University of Richmond trailed High Point 7-1. The Spiders couldn…

UR Coach Dan Chemotti: “Air Force’s effort just showed that this game was more important to them than it was to us. That’s a hard pill to swallow, to be perfectly honest with you.”

Richmond’s Dalton Young (left) tries to get around Air Force’s Quentin Carlile during the first half. The Spiders overcame an early deficit but couldn’t sustain the momentum.