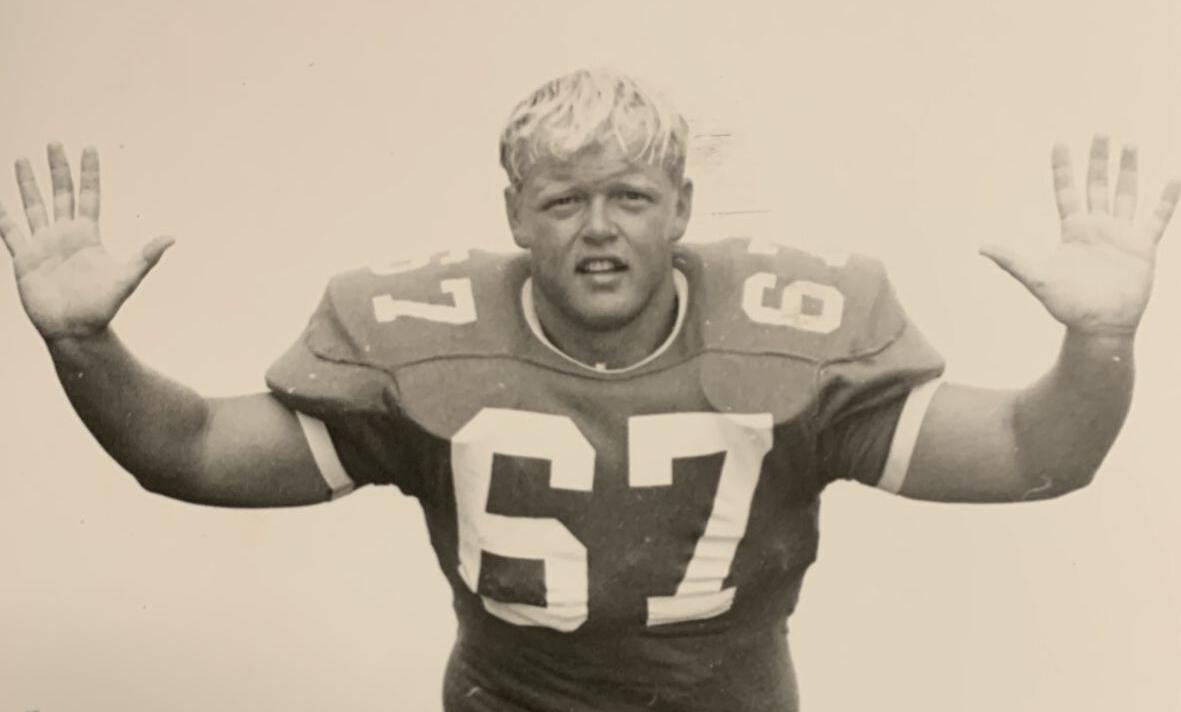 Jeff Hanson was a standout linebacker at the University of Richmond during the late 1960s and early 1970s. He graduated in 1972 with an education degree. 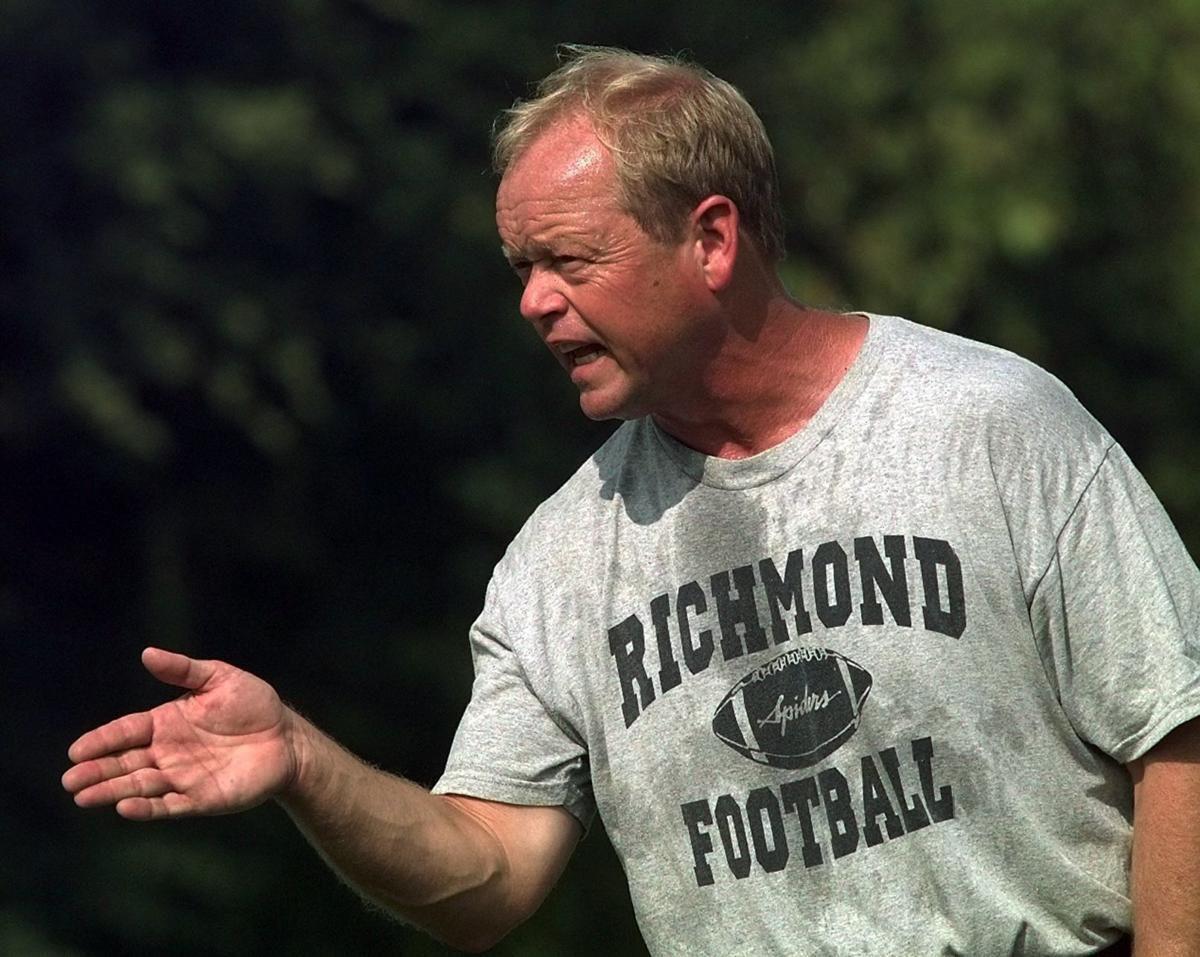 Jeff Hanson made a point during a 1997 University of Richmond practice.

As a University of Richmond freshman football player in 1993, Shawn Barber nearly failed out. A UR defensive assistant, Jeff Hanson, brought Barber in for a discussion.

“He told me that going to a school like the University of Richmond was the opportunity of a lifetime, and that I just wasn’t applying myself in the classroom the way I needed to,” Barber said. “I took what he said to heart. I kind of got back on the straight and narrow before I got too far down the wrong path.”

Barber graduated from UR in 1998, and then spent 10 years as an NFL linebacker. In a Thursday night phone interview from his home in Kansas City, Barber said he can still hear Hanson yelling “‘Pick it up! Pick it up!’ No matter how hard I ran to the ball, it was always, ‘Pick it up! Finish the play!’

“You know what? In life you appreciate somebody that is honest enough to hold you accountable to a standard. At the end of the day, he felt there was more I could give.”

Look up “tough love” and there should be a picture of Hanson, said Barber.

Marc Megna starred as a Spiders defensive lineman from 1995 to 1998, and then played in the NFL, NFL Europe and the Canadian Football League. Megna said Hanson is “without a doubt one of the best coaches I’ve ever been around in my entire life, and I mean in regards to his football acumen and the way he sees everything on the field. I’ll also tell you I’m not so sure there’s another coach on the planet that genuinely cares more about his players.

“Coach Hanson is a very, very tough man, but the reason you respect it and you appreciate it is because as tough as he is, he cares even more. So you know it’s coming from a good place.”

Lawrence Sidbury, as a defensive end, helped Richmond to the 2008 FCS championship while Hanson was a Spiders assistant.

“To him, it didn’t matter if you were the star player or the backup. It mattered to him what type of young man you were, if you were going to class, finishing your education,” said Sidbury, who played six years in the NFL. “If you went to class and worked hard, man, he loved you for it.”

For just shy of a half-century, Hanson has coached college football, at several schools. He is back where he started, at UR, from which Hanson graduated in 1972 with an education degree. He became a Spiders’ part-time assistant, and then a full-time staff member.

Hanson, a former linebacker, this fall begins his fourth stretch as a UR assistant, and says there is no place he’d rather be.

“This has got a very special place in my heart, and it always will,” Hanson said of UR. “The people are unbelievable.”

After graduating from UR, Hanson intended to return to his hometown of Beloit, Wis., and teach and coach. He decided that he liked UR and the Richmond area too much to leave.

Hanson, 71, worked his entire adult life as a coach. He has not missed a year, meaning his influence spread among thousands of men in their formative years, continuously, uninterrupted.

“He has some of the values and characteristics that players want from all of their coaches. You want someone honest, truthful, a guy who’s going to be a straight-shooter when it comes to what they want from you on the field,” Barber said. “But then, also have a little bit of sensitivity as far as the things that go on in your personal life. He was all of those things for me.”

Hanson announced in January, after one year at East Carolina, that he was retiring. And that was his intention. Hanson couldn’t move on the practice field the way he wanted because he needed a knee replaced. After the surgery and recovery, Richmond coach Russ Huesman contacted Hanson about rejoining the Spiders. The two previously coached together as assistants at UR.

“Hasn’t changed a bit,” Huesman said of Hanson, who supervises defensive ends. “He’s cranky. He’s irritable. But a fantastic coach. We’re thrilled to have him.”

Whether Hanson worked at Division III Ferrum (2014), or Division II Virginia State (2015), or at a Division I school, his thorough and demanding lesson plan hasn’t changed.

“They’re not going to do it right all the time,” he said. “But if they do it the way you teach them 85% of the time, you’re going to be very successful with the people you’re coaching.”

Richmond players Hanson did not even know drew him back to UR after the knee replacement. He missed the interaction.

“The times have changed and the kids have changed, but if the kids know you care about them as people, then they’ll run through the wall for you,” Hanson said. “That’s why I got back into it, the kids.”

The Spiders won’t compete this fall in response to the pandemic. UR intends to play in the spring. Though the Spiders are holding practices, this is the first fall Hanson has not been involved in football games since he was in elementary school.

But his impact continues.

That’s Jeff Hanson, and has been for five decades.

“I thought he was a legend when I played in the ‘90s,” Barber said. “There’s got to be another status beyond ‘legendary.’”

Jeff Hanson was a standout linebacker at the University of Richmond during the late 1960s and early 1970s. He graduated in 1972 with an education degree.

Jeff Hanson made a point during a 1997 University of Richmond practice. 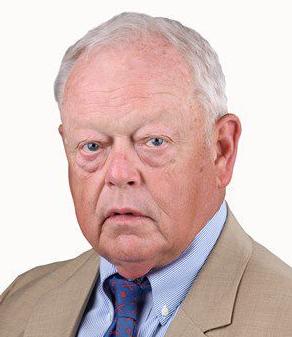