Eight Septembers ago, Miller was the University of Richmond’s director of athletics when that school said it was cutting men’s soccer and men’s indoor and outdoor track and field as part of its process to launch men’s lacrosse.

W&M’s determination, according to the school, was based strictly on finances and the need to reduce sports offerings and expenses, largely in response to the pandemic’s economic impact.

UR viewed men’s lacrosse as a good fit. Rather than adding that along with a new women’s sport to satisfy Title IX guidelines, Richmond chose to cap its athletics investment and reserved spots for student-athletes (13% of each incoming class at the time). The changes resulted in a new $3 million athletic endowment funded by multiple donors.

In the cases of W&M and UR, ADs emerged as targets for objections.

“What makes sports great, and sometimes treacherous, is the passion the people involved in those sports and the people who support those sports have,” said Miller, who earned a law degree from W&M.

Though UR’s senior leadership may have viewed Richmond’s decision analytically, “I think the athletic director and all of the people in athletics knew what that passion was going to be like,” Miller said.

There were public demonstrations at UR events by those who opposed elimination of men’s soccer and track, lots of emails, and many upset students and alumni. The wrath of those associated with cut programs “will last through a couple of generations, probably,” Miller said.

UR likely lost support from some fans, and donations. “It’s just part of the cost of making that decision,” Miller said.

Through the waves of dissent, Miller continued to feel strongly about the school’s plan because it was formulated after more than a year of research.

“You could certainly disagree with the decision, but you couldn’t be upset about the process that was used and the input and the information that the university collected,” he said. “I think once you get all the information in, people would agree. But if you’re a soccer fan or a track person, it doesn’t matter what the data shows. You’re not going to agree with the decision, no matter what.”

W&M released its athletics strategic plan last fall after two years of research. In “Tribe 2025,” the school noted the changing landscape of college athletics and the economic difficulty involved in supporting 23 sports. It set football and men’s and women’s basketball as priorities for “building a closer community and expanding school spirit. Success in those three attracts fans, generates revenue for all sports, increases national recognition and expands the admissions pool.”

W&M earlier this month announced men’s and women’s gymnastics, men’s and women’s swimming, men’s indoor and outdoor track and field, and women’s volleyball will be discontinued after this academic year. The seven programs have about 120 student-athletes and 13 coaches.

Miller, the former UR AD, recalled September of 2012 and said, “The most difficult thing was informing the teams, the athletes themselves, that the decision [to drop men’s soccer and track] had been made. That was a real negative.”

Miller continues to occasionally deal with discontinuation of sports on campuses, though he stepped away from his AD job at Richmond late in 2012. He now is affiliated with Collegiate Sports Associates, which does consulting work in college athletics.

The NCAA requires 14 sports for Division I membership, and “streamlining” sports offerings to nearer that number is often one option CSA recommends when schools encounter major financial issues, according to Miller.

The cuts will leave William & Mary with 16 sports, which is about the norm for comparable Division I schools in Virginia. Richmond has 16, James Madison has 17 and Old Dominion has 18.

Forner Richmond AD Jim Miller: “What makes sports great, and sometimes treacherous, is the passion the people involved in those sports and the people who support those sports have.” 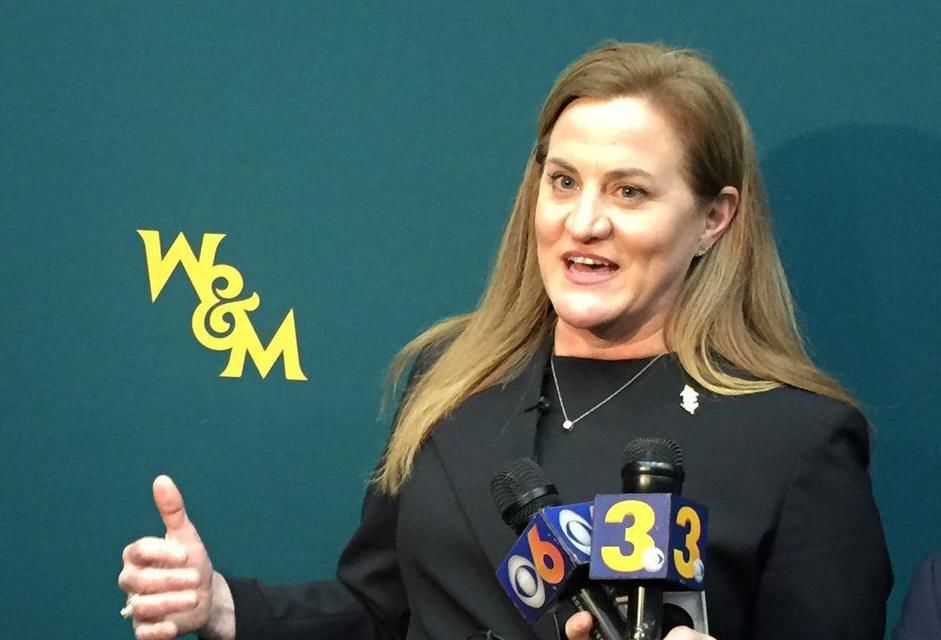