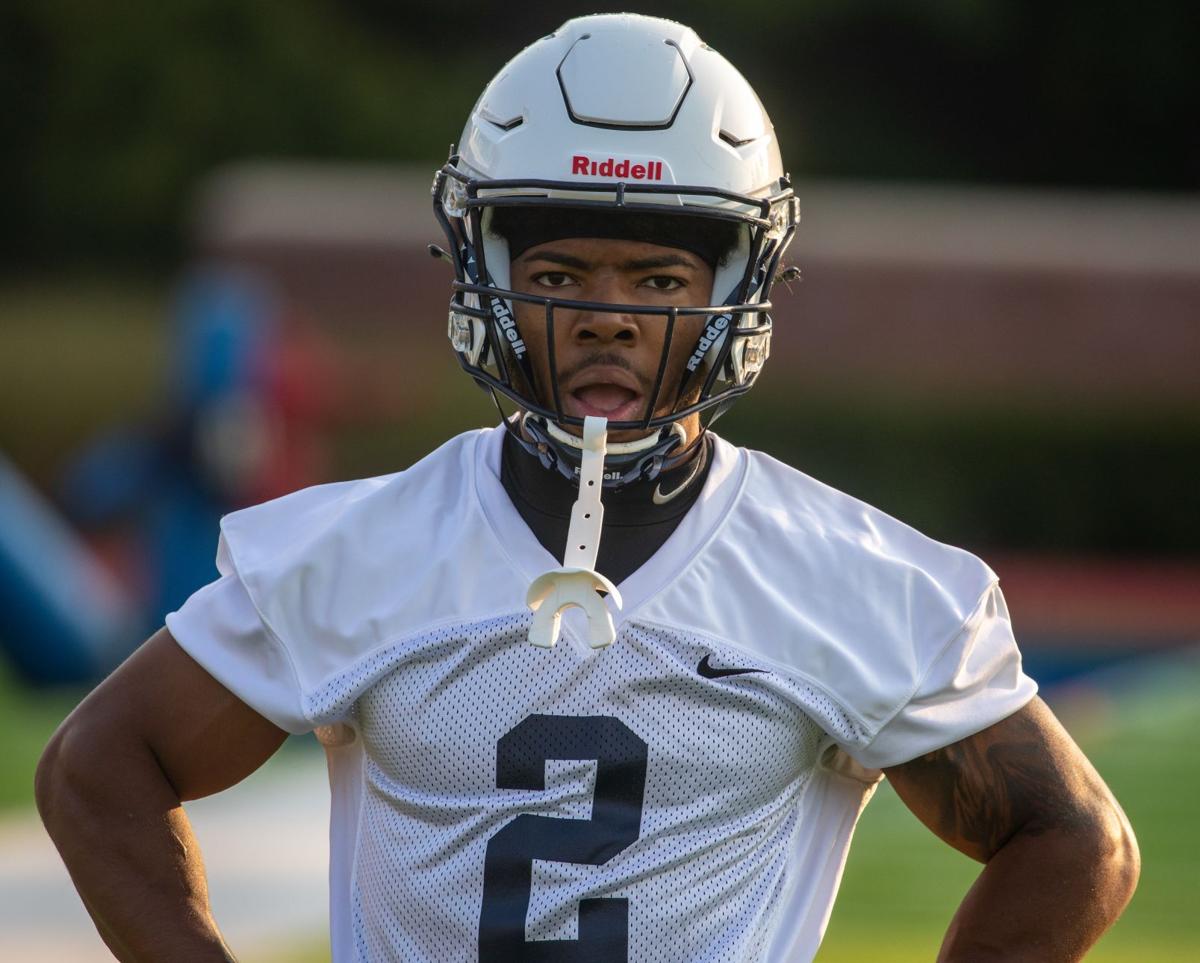 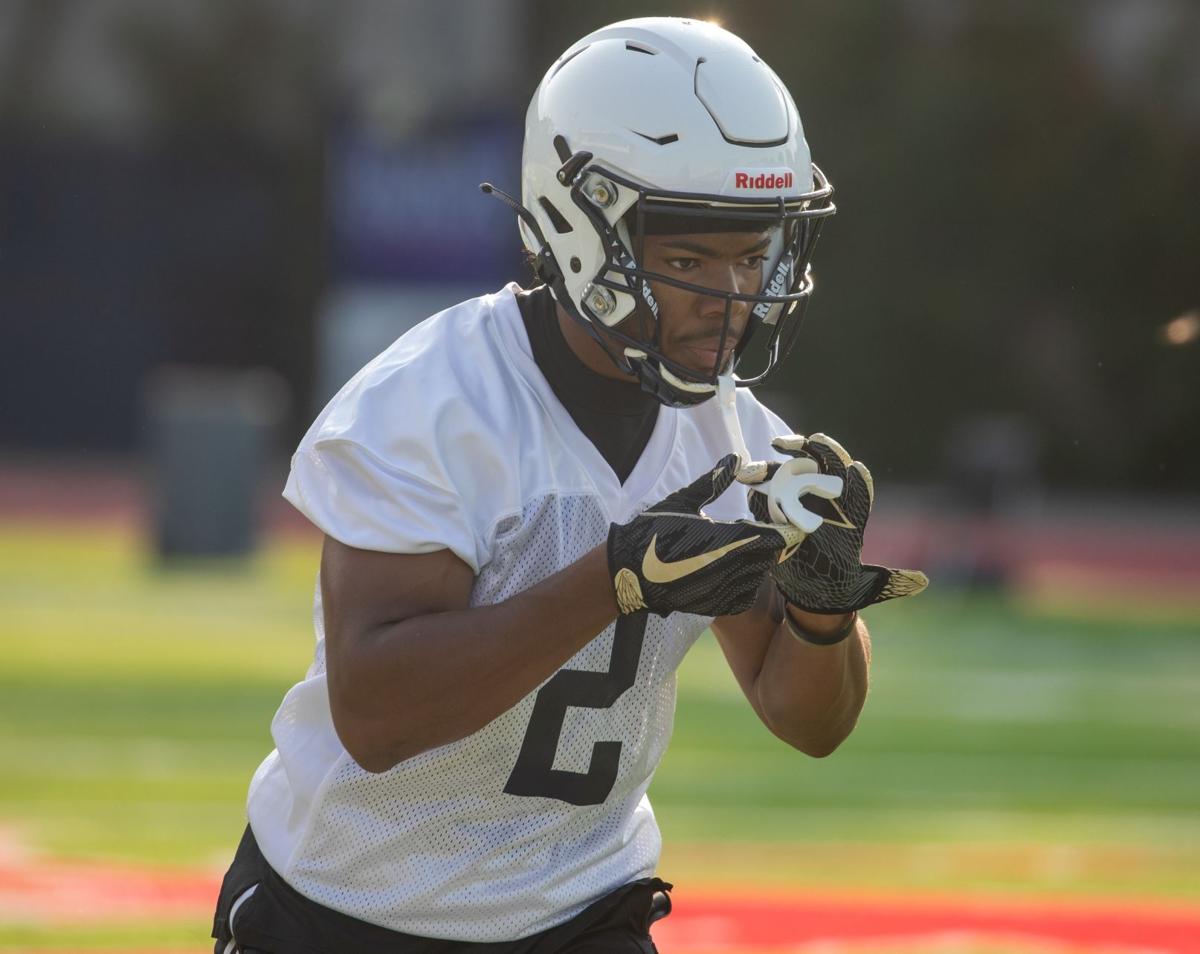 Extensive research is not required to discover where Donaven Tennyson, at 5-foot-10 and 170 pounds, acquired the toughness and determination to make it as a Division I receiver.

Tennyson, a receiver from Benedictine who graduated from Vanderbilt and is now a member of the University of Richmond program, is the son of the late Frank Tennyson, who starred at Highland Springs as a 5-9, 150-pound gritty point guard and then played at Longwood during the mid-1980s.

“It’s in the herd. It’s in the blood,” Lancaster said of the Tennysons.

Donaven Tennyson starred at Benedictine, and less than a month after he arrived for his first year at Vanderbilt, his father died. Frank Tennyson, in many ways, was the inspiration behind Donaven’s athletics pursuits, according to his son.

“Growing up, my dad understood we weren’t going to be (taller) than 6-foot,” said Tennyson, who has an older brother, Frank Tennyson III, and a younger brother, Dillon. “So from an early age I was groomed to understand the importance of playing hard. Basically, I have to separate myself from the majority because the people that I’m going against, the people at my position, are probably going to be taller than me and probably going to be (heavier) than me.

Dillon Tennyson is a 5-9 Benedictine receiver in the Class of 2021 who hopes to play in college. His presence in Richmond helped draw Donaven Tennyson back to Richmond, and to UR as a graduate transfer.

“I realized I never got a chance to quite see him play consistently and be in his life physically, so I figured that I’ll do that for this last year,” said Tennyson. “Granted, he’s not playing football (because of the pandemic), but I know it’s important for him to know that his support system is back. I know it was tough for him to lose his father at such a young age, and I feel I need to be here for him. I’m thankful Richmond gave me the opportunity to do that.”

Tennyson’s four years at Vanderbilt included participation in 28 games, 13 receptions for 210 yards, and 13 rushes for 155 yards.

“I appreciate it all. In terms of academics in the classroom, you’re going to go up against the best. And I wanted it no other way,” said Tennyson, who earned a degree in human organization development and corporate strategy (business administration) from Vanderbilt. “In football, you’re going against top-tier NFL competition every week. I enjoyed competing at the highest level.”

In exploring the possibility of enrolling at Richmond for his final year of eligibility, Tennyson recognized that graduate transfers — Keyston Fuller (Duke) and Charlie Fessler (Northwestern) — were the Spiders’ top two receivers last season. Both are gone.

Tennyson’s time at UR will be stretched a year longer that projected because of the coronavirus. The Spiders intend to play games in the spring, if COVID-19 permits, and next fall. The NCAA granted an extra year of eligibility to players because of the pandemic.

Richmond started practice Sept. 23 and will hold six workouts in helmets only before ramping up with 15 padded practices that begin on Oct. 11 and run through Nov. 13. 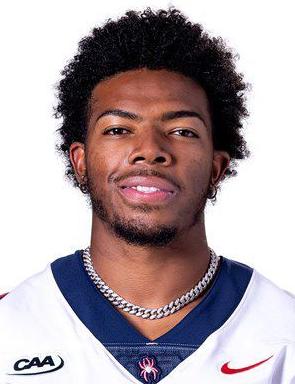