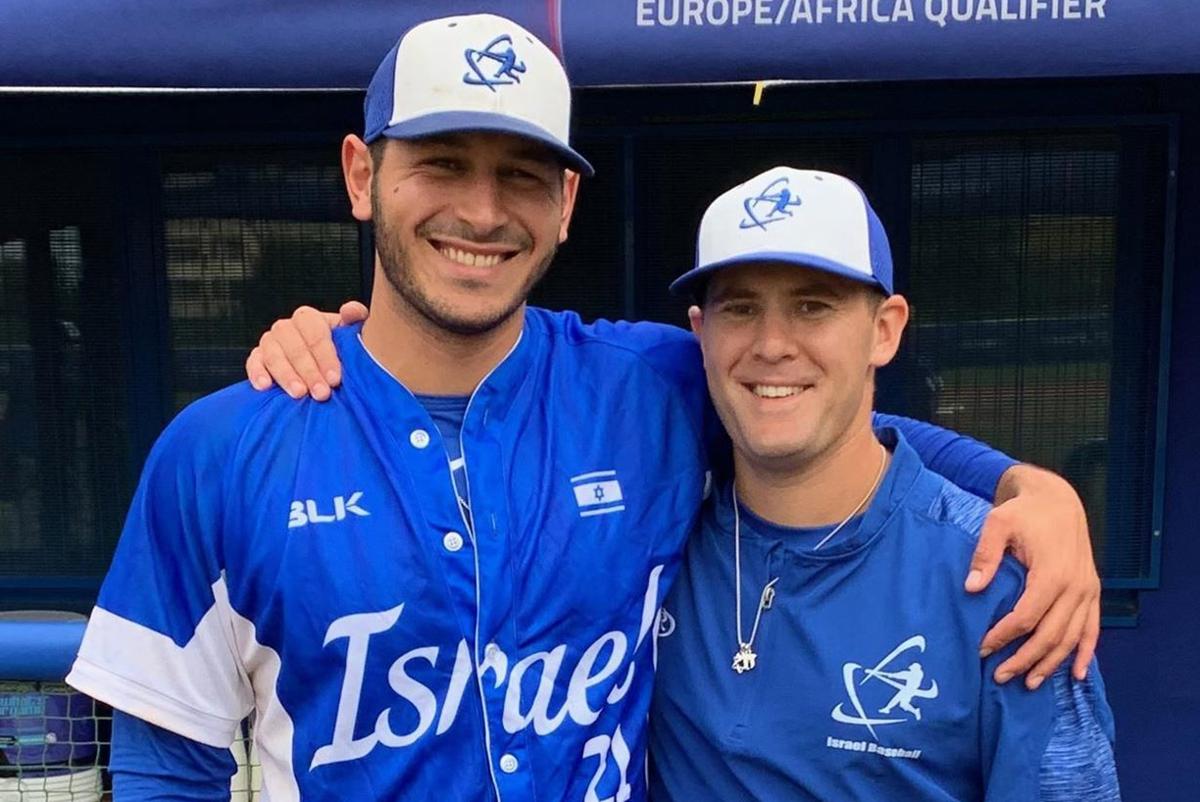 Former UR right-hander Jonathan de Marte (left), 28, overcame a series of arm injuries during his college career to play professionally in independent leagues and then join Team Israel with Spiders assistant Nate Mulberg, a member of Team Israel’s coaching staff. 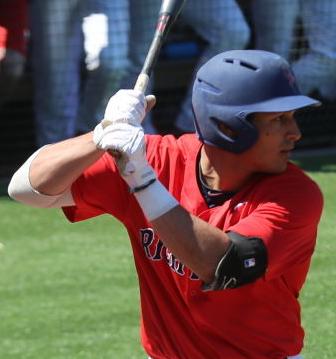 Former Richmond pitcher Jonathan de Marte currently lives near Buffalo, N.Y., where he has worked at a baseball training facility.

Jonathan de Marte in high school twice was named the state of New York’s Gatorade player of the year. The right-hander had considerable success, in stretches, at the University of Richmond from 2013 to 2017.

De Marte, who came to UR from Yorktown Heights, N.Y., underwent five surgeries as a Spider: four for various arm problems and one to address a double hernia. In a tribute to modern medicine and de Marte’s perseverance, he will participate in the Tokyo Olympics this month, as a reliever for the Israeli national team.

“I can’t wait for the opportunity to compete on an international stage and represent Israel,” de Marte, 28, said Friday.

After years of pitching in independent leagues in the U.S., and in an Australian league, de Marte signed with the Chicago Cubs’ organization in February of 2020. Then, the 2020 minor league seasons were canceled by the pandemic.

De Marte, who’s 6-foot-1 and 210 pounds, resided in Richmond during some offseasons and currently lives near Buffalo, N.Y., where he has worked at a baseball training facility.

Despite the physical challenges at UR, “I still believed I had what it took to play professional baseball,” de Marte said. “Having the opportunities to play independent ball that I had, having the success there, I just felt like from 2017 on, I got better and better every single year.

“I love to play baseball. It’s something I wanted to continue doing, and I thought I had what it takes to make that happen and continue playing until someone told me no. Fortunately for me, that still has not happened. I still believe I have what it takes to pitch at the highest level.”

One of Richmond’s assistants, Nate Mulberg, is part of the Israeli national team coaching staff. During the summer of 2018, de Marte was pitching in an independent league and his manager asked de Marte if he had interest in playing winter ball.

De Marte, who is Jewish, responded that he wanted to pursue a position on the Israeli national team, and that occurred through various connections and Mulberg’s recommendation.

By winning the six-team Europe/Africa Olympic qualifying tournament held in Germany and Italy during 2019, Team Israel secured a spot in the 2020 Olympics. The Games were postponed a year by the pandemic.

“I’m extremely excited for it to finally happen. I can’t wait. I think all of my teammates would say the same thing,” said de Marte, a former Spiders captain. “I know there have been a lot of changes over the last few days, with no fans and all that. But we’re just itching to get started.

“It was absolutely devastating to have [the Olympics] postponed last year and then have the minor league season canceled on top of it.”

Team Israel, one of six participants in Olympic baseball, opens against Team South Korea on July 29, and faces Team USA the following day. Team Israel’s 24-man roster is a mix of talent from Israel and American Jewish players, and includes eight players with major league experience.

De Marte pitched about 15 relief innings during the qualifying tournaments in 2019. He’s currently dealing with a shoulder problem. “Trying to power through that,” de Marte said. “I have some pretty tough decisions to make [after the Olympics] ... If I want to continue playing, I probably have to get surgery.”

Team Israel at this time is based in the New York City area, training and playing exhibitions in preparation for the trip to Japan. This will be the first team sport representing Israel in the Olympics since the national soccer team in 1976.

According to UR, de Marte and Mulberg will be the fifth and sixth Olympians in school history, joining track athletes Hillary Tuwei (Class of 1980), Sosthenes Bitok (Class of 1983) and Edwin Koech (Class of 1984), and Spiders soccer alumna and Olympic sailor Sarah Mergenthaller (Class of 2001).

Can the Philadelphia Phillies make the playoffs?

Can the Philadelphia Phillies make the playoffs?

How can the Carolina Panthers stay hot?

How can the Carolina Panthers stay hot?

Former UR right-hander Jonathan de Marte (left), 28, overcame a series of arm injuries during his college career to play professionally in independent leagues and then join Team Israel with Spiders assistant Nate Mulberg, a member of Team Israel’s coaching staff.

Former Richmond pitcher Jonathan de Marte currently lives near Buffalo, N.Y., where he has worked at a baseball training facility.