Subscribe
Read Today's E-Edition
Share This
Hoops brings out 'dog' in Spider Tyler Burton, as it did with his father at Providence
0 Comments
Share this
Presented By 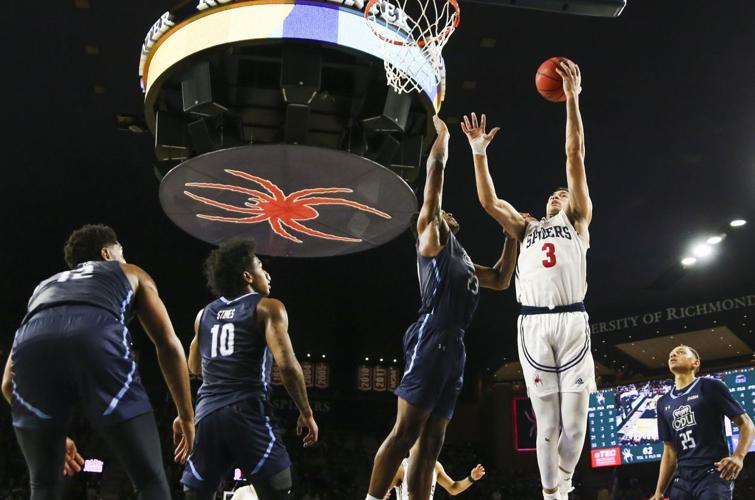 UR’s Tyler Burton, who drove against ODU on Sunday, has been a force inside and out, averaging a team-high 19.1 points while shooting 45.5% from 3-point distance. 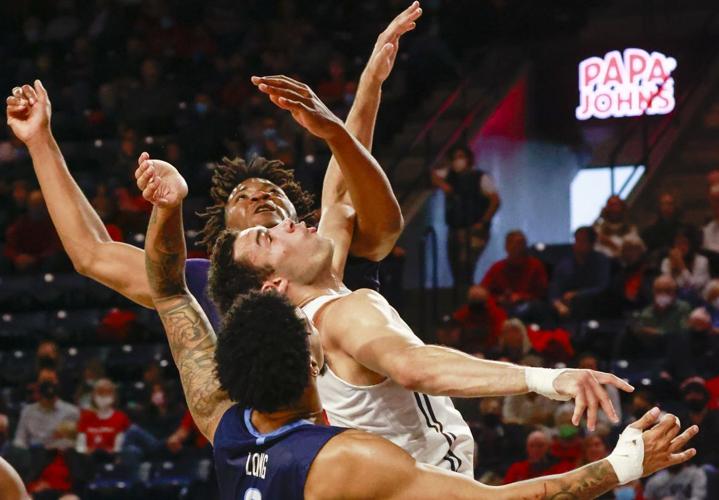 “He’s going to be one of the best players that’s played at Richmond. He’s just terrific.” 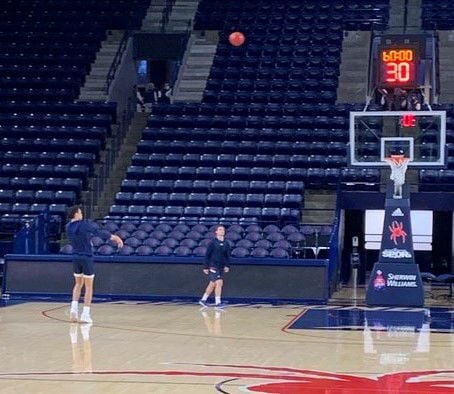 Tyler Burton’s 3-point shot includes unusual altitude, and he has made 45.5% of his attempts from beyond the arc this season.

Tyler Burton, the University of Richmond’s leading scorer and rebounder, watched many of his father’s games on video and came away with this impression: “He was a junkyard dog.”

On a basketball court, there may be no higher praise. Quinton Burton was a 6-foot-5 guard/forward who played at Providence during 1987-90. Those classified as “junkyard dogs” are spirited souls. They defend, rebound and don’t mind hitting the deck for a loose ball.

“I was a slasher, shot the 3 also,” Quinton Burton said Monday, “but just more of that defensive tenacity, that energy, kind of a bulldog-type mentality.”

It should be noted that Burton played against Old Dominion on Sunday with his right hand taped because of a blister caused when he slid on the Spectrum Center court for a loose ball in a win over N.C. State last Friday night in Charlotte, N.C. That did not seem to affect his performance against ODU — 29 points and 10 rebounds — a continuation of exemplary play.

Burton, a 6-7 junior, averages 19.1 points and 7 rebounds. He has made 45.5% of his 3-point attempts and 77.6% from the free throw line. He was primarily a defender/rebounder as a freshman. Burton’s game expanded some last season. Now he looks destined for all-A-10.

“I think it’s just playing with confidence, being aggressive, asserting himself into the game and doing the things I’ve always told him he could do,” said Quinton Burton, who is able to see almost all Spiders games in person or on a screen.

Quinton Burton lived in Norfolk until he was 10 and then moved to Columbia, Md. From there, he picked Providence over Richmond. “I figured I would give the Northeast a shot,” he said. The family now resides in Uxbridge, Mass., where Tyler was raised.

“As soon as I got here, Coach [Chris] Mooney sat me down and told me that he doesn’t want to just develop one thing,” Burton said. “He told me, ‘You’re just going to slowly develop everything and then at the end of the day, it’s going to really, really help you and give you a chance to do special things.’”

Father and son communicate often through text or other means about Burton’s progress. Heading into Wednesday’s 4 p.m. game against visiting Bucknell (3-8), Burton has emerged as a front man on a Spiders team with a pair of sixth-year players and two more fifth-year players.

“He’s going to be one of the best players that’s played at Richmond. He’s just terrific,” Mooney said. “He’s got great ability, obviously. But he works very hard at it ... always coachable.”

Burton’s evolution is also happening off court. Richmond played a flat first half against Toledo at the Robins Center on Dec. 11 and trailed 41-24. Mooney at the break “laid into us pretty good,” Spiders guard Jacob Gilyard said.

Typically, coaches and players leave the locker room area and sixth-year forward Grant Golden says a few words to his teammates in the Robins Center hallway before the Spiders return to the court. During the Toledo game, Golden spoke, and so did UR’s other sixth-year player, guard Nick Sherod. This time, Burton spoke, too.

“I think any position of leadership I can take, and step up, and make my voice heard, and can help the team, is a perfect opportunity.”

“I missed a couple of big shots against Toledo on the free throw line,” he said.

The Spiders led 71-69 with 17.6 seconds left. Burton went to the foul line and failed on two attempts. Against ODU, he was fouled on a 3-point shot with UR ahead 62-61 and 16.5 seconds remaining. Burton converted all three tries to clinch the fifth straight win for Richmond (8-4).

“I’m trying to leave everything I have out on the floor every single night,” he said.

What happened to those guys from Spiders' 2022 A-10 championship team?

Mahomes and Hurts to make history at Super Bowl LVII

Mahomes and Hurts to make history at Super Bowl LVII

UR’s Tyler Burton, who drove against ODU on Sunday, has been a force inside and out, averaging a team-high 19.1 points while shooting 45.5% from 3-point distance.

“He’s going to be one of the best players that’s played at Richmond. He’s just terrific.”

Tyler Burton’s 3-point shot includes unusual altitude, and he has made 45.5% of his attempts from beyond the arc this season. 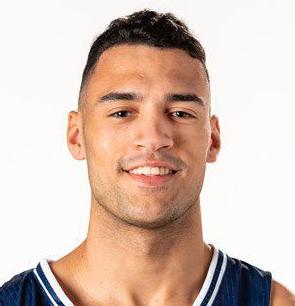