Consider this when assessing the job Longwood graduate Scott Abell has done as Davidson’s football coach: before he arrived in 2018, the Wildcats were 7-49 the previous five years and hadn’t posted a winning season since 2007.

They are five-for-five in winning seasons with Abell in charge.

When Davidson (8-3) visits Richmond (8-3) on Saturday in the opening round of the FCS playoffs, the Wildcats will be making their third consecutive postseason appearance (spring of 2021, fall of 2021).

Abell (say “able”), originally from Crozet, was Division III Washington and Lee’s coach for six seasons (2012-17), and his teams went 39-24 and won three Old Dominion Athletic Conference titles before he shifted to Davidson with his triple-option offense. Abell, a four-year starter at catcher for Longwood, was named the ODAC coach of the year three times.

Abell was a member of the 1991 Longwood baseball team that finished 41-8 and advanced to the Final Four of the Division II World Series. Abell batted .335 with 31 home runs in his Lancers career.

He played football, his first love, and baseball at Western Albemarle High School, but his scholarship opportunity was in baseball at Longwood, from which he graduated in 1992. The Kansas City Royals drafted him in the 37th round and Abell spent a year in their minor-league system before becoming a teacher and football coach.

His head coaching career started in 1997 at Liberty High School, near Lynchburg.

Abell’s Wildcats lead the FCS in rushing (350.5 yards per game), and on his staff are two former Spiders: Abell’s son Porter, a receiver at Richmond, and ex-Spiders defensive back Tafon Mainsah. The Wildcats belong to the nonscholarship Pioneer Football League, whose programs work with financial-aid packages to draw players.

That is the model with which Davidson football has operating for many years since it met Richmond for the last time in 1973. These schools are old Southern Conference rivals, joining in the same year (1936). Davidson departed Southern Conference football and de-emphasized in the mid-1970s, when UR left the SoCon for independent status. 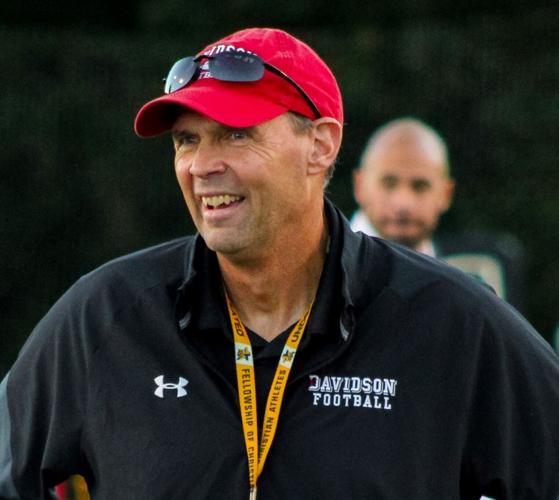 Under Scott Abell, Davidson is tops in FCS in rushing yards per game (350.5).