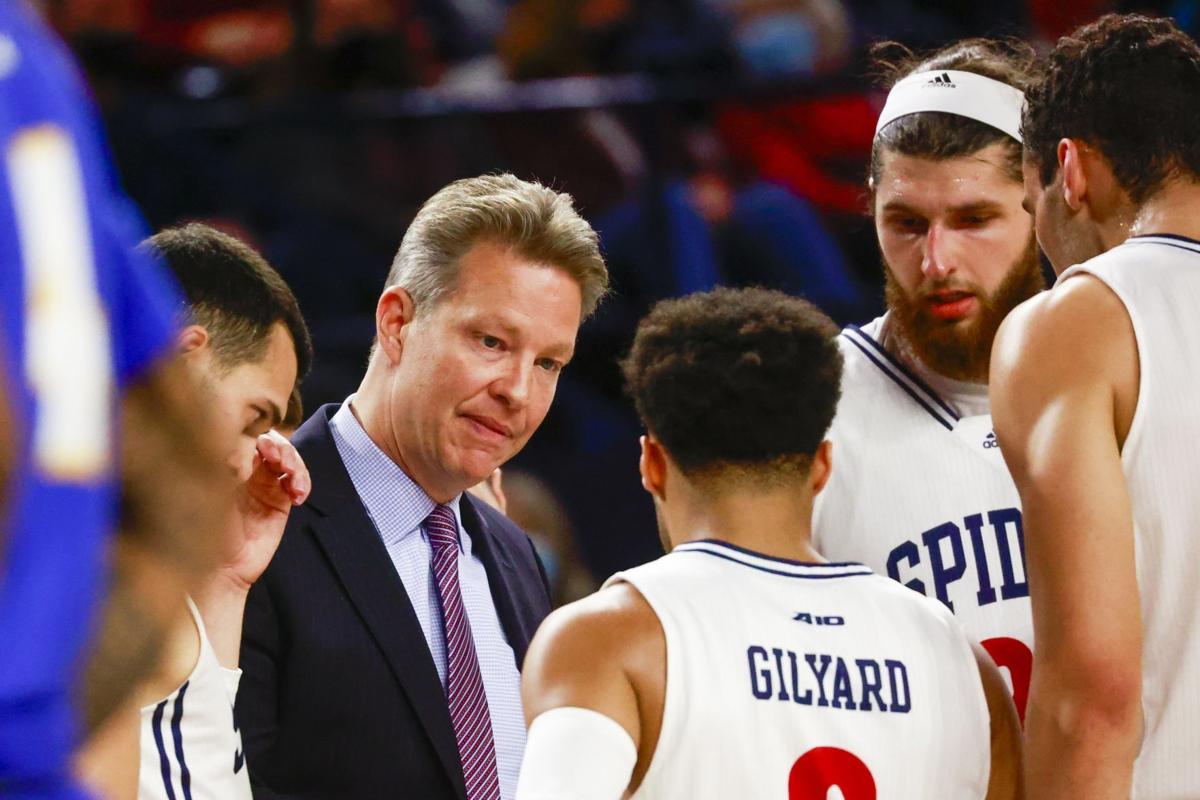 Richmond coach Chris Mooney has led the Spiders to a 3-2 record heading into Thursday night's game against Maryland in the Baha Mar Hoops Bahamas Championship in Nassau, Bahamas. 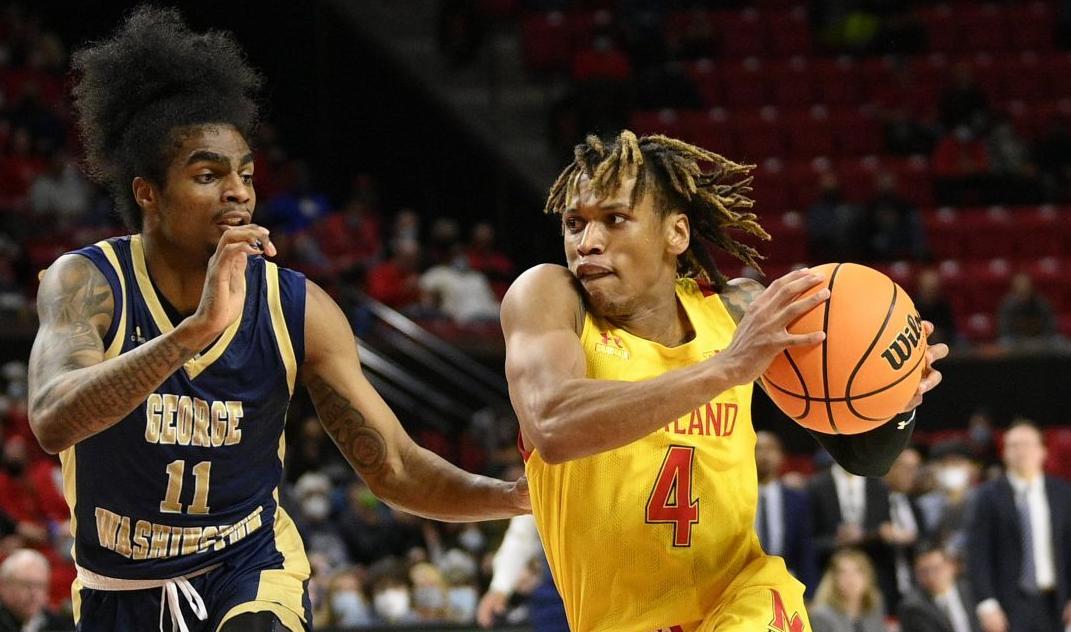 Maryland guard Fatts Russell (4) is an old nemesis of UR, which plays the Terps on Thursday in the Bahamas. Russell (averaging 13 points, 3.4 assists) was a four-year regular at Atlantic 10 rival Rhode Island.

Neutral-court games around Thanksgiving often have served as springboards for the University of Richmond’s best basketball teams with Chris Mooney as coach. The Spiders this year have a chance to build on that history.

UR (3-2) plays Maryland (4-1) Thursday at 7 p.m. in the Baha Mar Hoops Bahamas Championship in Nassau, Bahamas, and then continues tournament participation by facing Louisville (3-1) or Mississippi State (4-0) Saturday. These two games are potential NET (NCAA Evaluation Tool) bonanzas for Richmond because of the strong league schedules those teams will play and quality wins they will accumulate.

“Everybody that we’ve played is really good, really good,” said Mooney, who loaded the Spiders’ nonconference schedule because of his confidence in this veteran team. “And so that doesn’t change when we go down to the Bahamas. Obviously, all high-major teams and an opportunity for us to try to play against some of the best teams.”

Richmond advanced to the NCAAs as an at-large entry in 2010, earned the A-10 championship and the league’s automatic bid in 2011, and was on the doorstep of NCAA inclusion in 2020 when the pandemic shut down college sports.

In each case, the Spiders greatly increased their NET value with Turkeytime victories:

2019-20: In the Nov. 25 semifinals of the Legends Classic in Brooklyn, N.Y., Richmond upended Wisconsin 62-52. The Badgers shared the Big Ten regular-season title, and the Spiders appeared to have the qualifications to make the 2020 NCAA tourney, which was not held.

When facing Power Five opponents, Richmond typically does not have a height edge, and that can be a benefit based on the way the Spiders play offense, according to Mooney.

“If you’re so consumed with trying to get the ball to the size advantage, then you’re slow and you’re kind of deliberate yourself, and that’s not really how we play,” said Mooney, who’s in his 17th season. “I think that can slow us down and take us out of our own rhythm.”

Mooney has defeated at least one power-conference opponent in 14 of 16 seasons at Richmond. His first chance this season comes against a Maryland team that features a familiar point guard, Fatts Russell. The 5-foot-11 Russell (13 ppg, 3.4 apg) was a four-year standout at A-10 member Rhode Island before joining the Terps as a grad transfer.

“He’s such a catalyst, and his speed kind of affects every single game that he plays in, at both ends,” said Mooney. “On offense, he’s incredibly aggressive.”

Thursday’s game will recreate the dynamic between Russell and Richmond’s 5-9 Jacob Gilyard, players who provided some of the most interesting and entertaining A-10 match-ups over the last four seasons.

The UR-UM game will be televised by the CBS Sports Network. Louisville and Mississippi State meet Thursday at 9:30 p.m. The tournament continues Saturday with the championship game at 10 a.m. (CBS Sports Network) and consolation game at 12:30 p.m. (FloSports).

The Spiders held Hofstra to 24 in the second half after the Pride scored 44 in the first.

NCAA: no asterisk will be affixed to career steals record UR's Jacob Gilyard on track to set

Spiders guard is in his fifth year starting as a result of the NCAA pandemic policy. Needs 11 steals to establish Division I mark.

Richmond closed with four straight wins to achieve a winning record for the first time since 2017.

The University of Richmond led by 8 points with about six minutes left, but Drake rallied for a 73-70 win Saturday afternoon at the Knapp Cent…

Richmond coach Chris Mooney has led the Spiders to a 3-2 record heading into Thursday night's game against Maryland in the Baha Mar Hoops Bahamas Championship in Nassau, Bahamas.

Maryland guard Fatts Russell (4) is an old nemesis of UR, which plays the Terps on Thursday in the Bahamas. Russell (averaging 13 points, 3.4 assists) was a four-year regular at Atlantic 10 rival Rhode Island.