No senior season for UR recruit Jason Nelson (John Marshall), but ball keeps bouncing
0 comments
Share this
{{featured_button_text}}
1 of 2 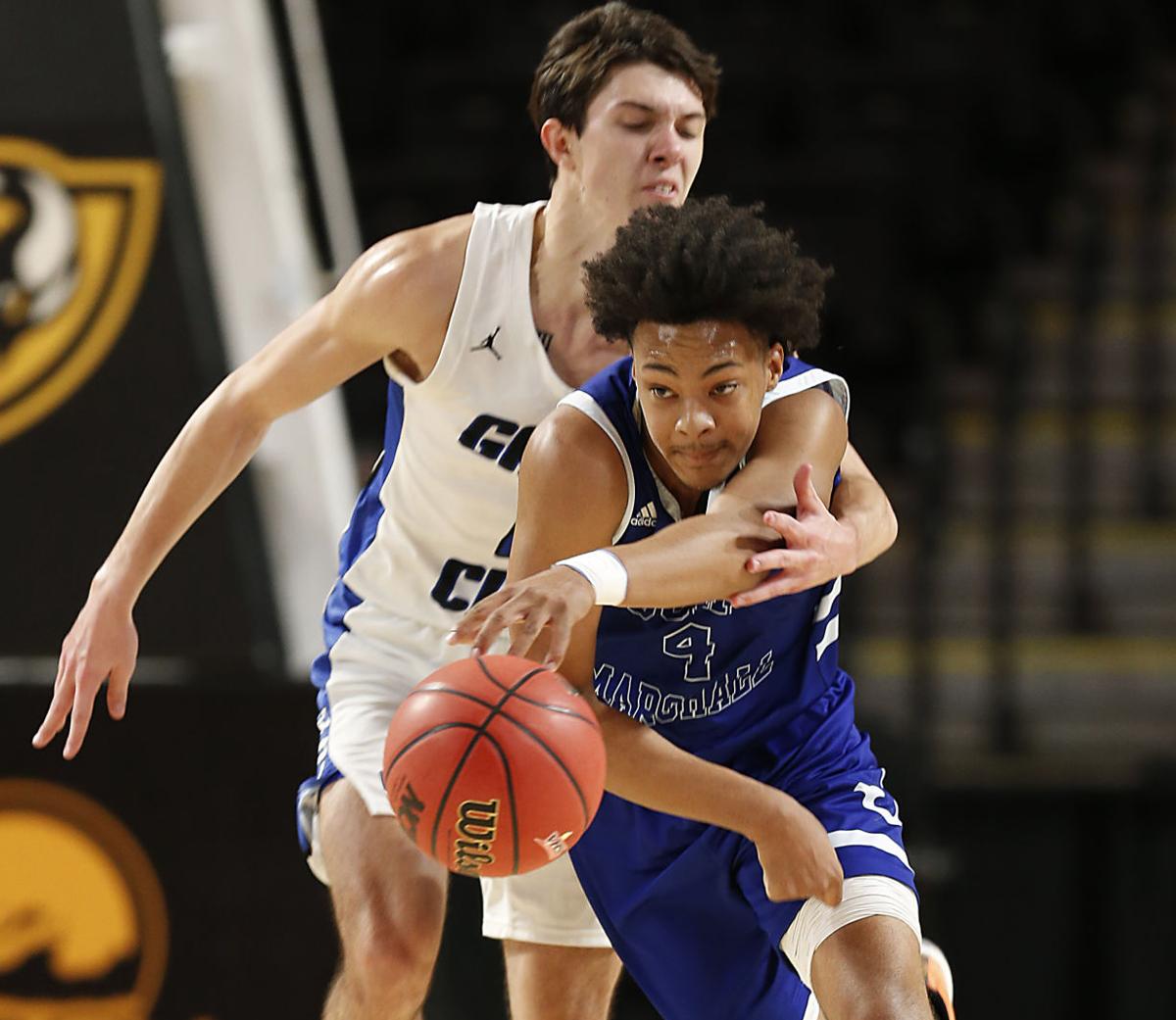 John Marshall's Jason Nelson, on his club team: “We’re playing against top players from around the country, [prospects] with high Division I offers.” 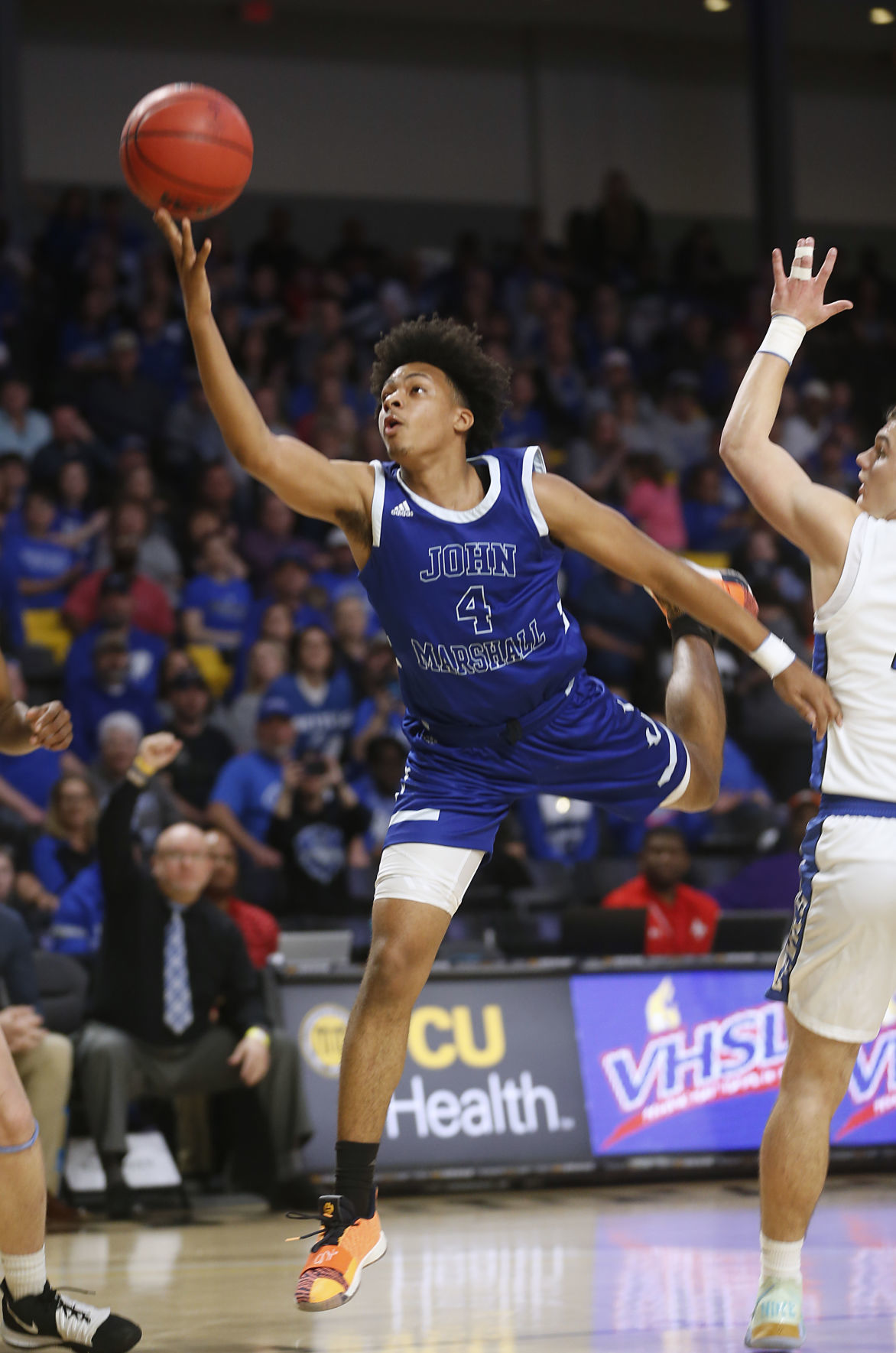 Nelson is part of a club team created in the absence of a John Marshall schedule. The group, which regularly practices, includes several John Marshall players and participated in a fall league. Recently, the team began facing higher-level opponents in tournaments held in various states.

“We just go around and we compete,” the 5-foot-10 Nelson said recently from South Carolina, where the team was part of an event. “We’re playing against top players from around the country, [prospects] with high Division I offers.”

“In all honesty, they’re playing more basketball than if they were having a season,” UR coach Chris Mooney said. “That might come as a surprise, but they’re playing a lot more basketball because there’s more time to work with trainers and work out with their group and their teammates, pick-up games in the evenings, all those sorts of things.”

According to Nelson, the Richmond-based club team on which he plays operates similar to the way the John Marshall team would, with a couple of players added to the mix who are not John Marshall students.

In June, Nelson orally committed to UR, and in November he officially pledged with his signature, choosing Richmond over Vanderbilt and several other schools.

He was a first-team All-Metro pick and the 2020 Class 2 state player of the year. Nelson averaged 17.3 points, 5.9 assists and 3.8 rebounds while helping the Justices to the Class 2 state title.

“It’s been tough. I wanted to win one more state championship,” Nelson said of the canceled season. “But you’ve got to live through it and keep playing.”

Said Mooney: “I feel really bad for Jason. He’s had a storied career right here in Richmond and so an opportunity to win another state championship on a great team, to repeat as the player of the year, those are probably pretty historic things that he’s missing out on.”

Mooney advised the players who signed with Richmond to “kind of lose yourself in basketball … the more you’re focusing on improving your shooting or ballhandling, or playing in that game, the less you’re thinking about missing your senior season ... kind of keep your head down and keep working on basketball.”

This incoming class faces an unprecedented situation, in terms of available playing time upon arrival and for the subsequent three seasons. All winter-sports athletes were granted another year of eligibility by the NCAA because of the health crisis.

Richmond has five seniors who could return. Guards Nick Sherod, who’s out for the season with a knee injury, and Blake Francis indicated they have no plans to some back to the Spiders.

The decisions of 6-10 Grant Golden, 5-9 Jacob Gilyard and 6-7 Nathan Cayo are forthcoming, probably following the season. The NCAA is allowing Division I programs scholarships in addition to the 13 maximum to accommodate seniors who will return.

Furthermore, there’s no way to ascertain at this stage how many of Richmond’s underclassmen will eventually be invited to return for fifth seasons by the Spiders’ coaching staff.

John Marshall's Jason Nelson, on his club team: “We’re playing against top players from around the country, [prospects] with high Division I offers.” 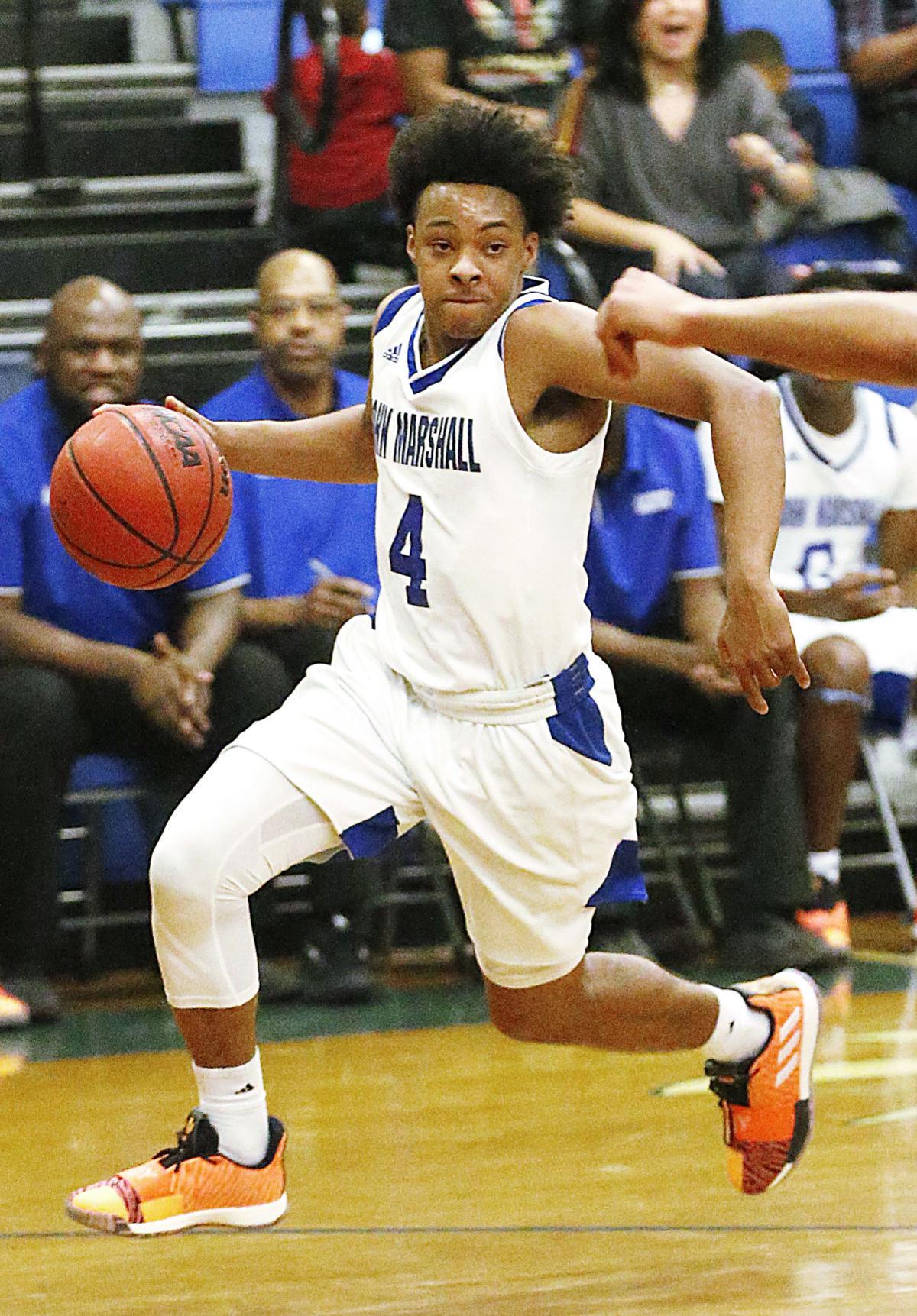