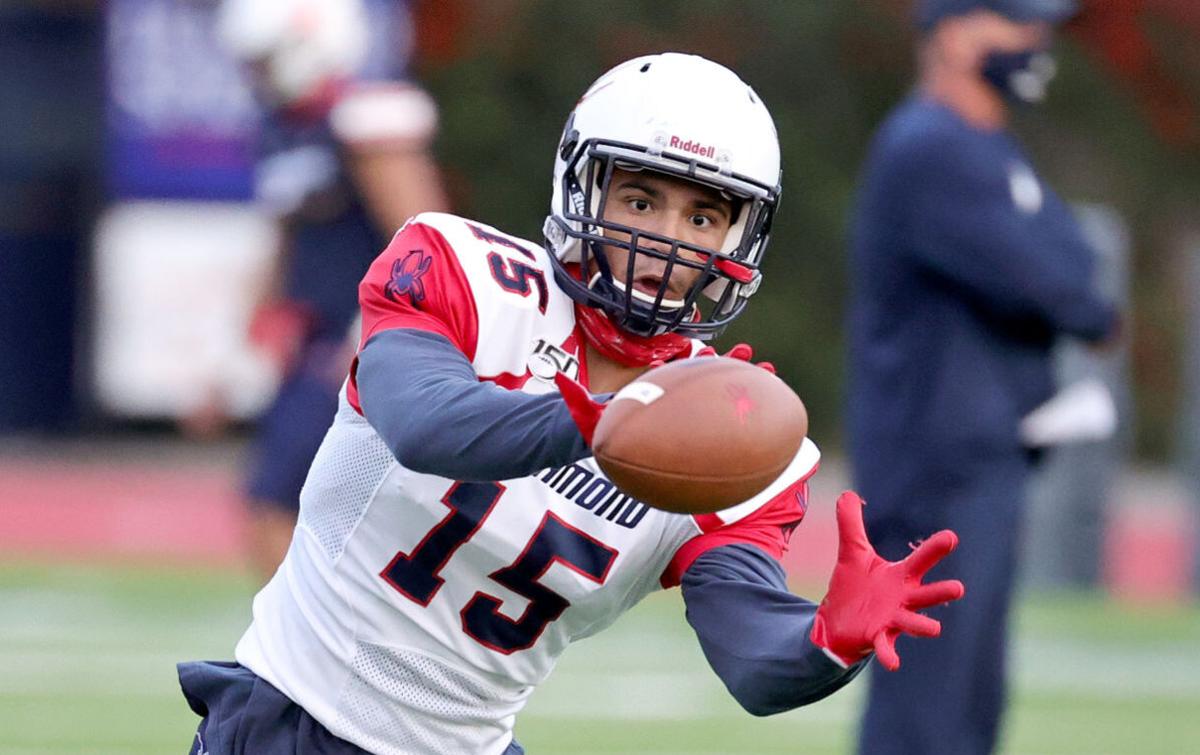 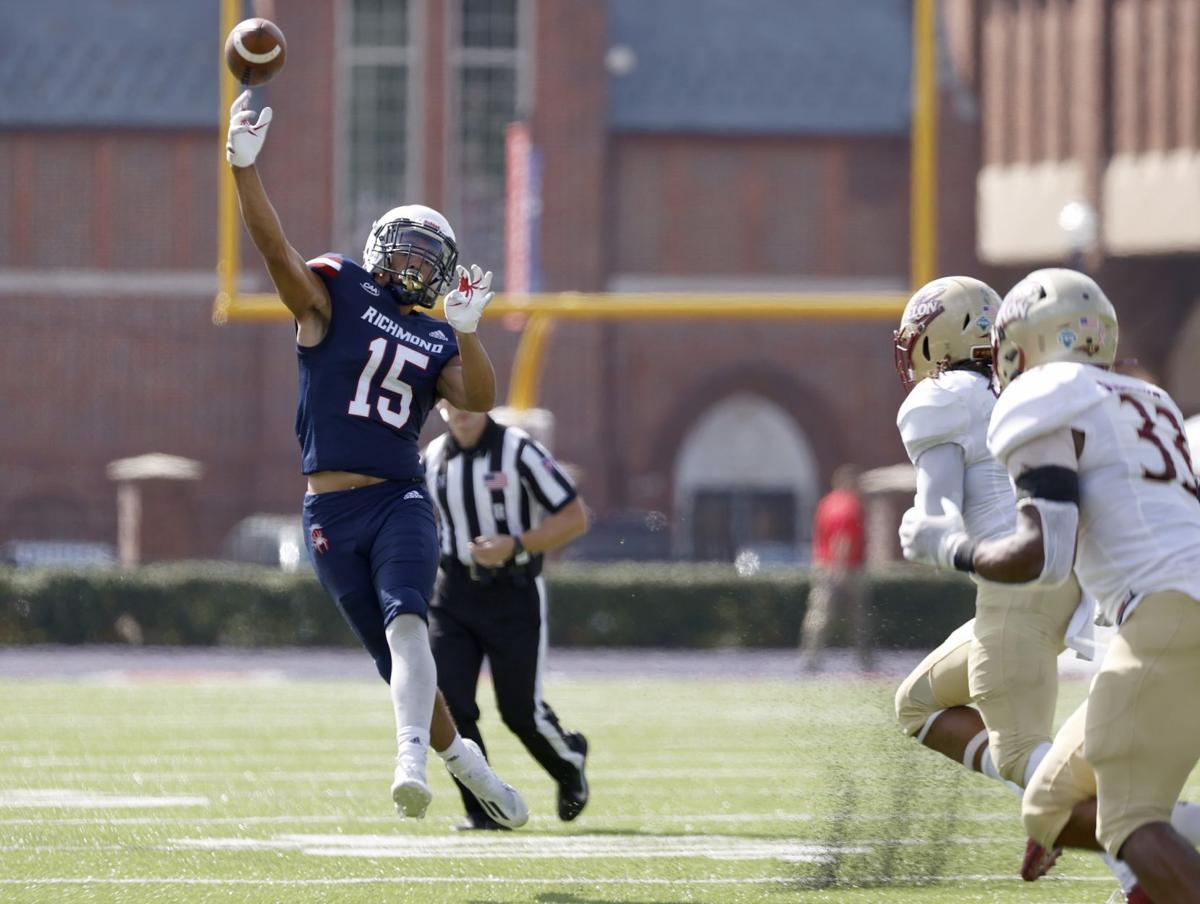 Offensive innovation leads the University of Richmond’s to-do list during a bye week. Isaac Brown seems a good place to start. He’s done just about everything on a football field and also made a major impact off it.

Brown, a Spiders redshirt junior receiver, was named the 2016 West Virginia Gatorade player of the year, an award that included a $1,000 grant he could direct to a national or local youth sports organization. Brown passed his prize along to the Eastern Panhandle Youth Football League in which he played while growing up in Martinsburg, W.Va.

State winners also wrote essays explaining ways youth sports contributed to their personal growth. Brown’s submission was selected as the national winner. That came with a $10,000 grant that Brown also sent to the Eastern Panhandle Youth Football League, which is using the $11,000 to build a pavilion.

At Martinsburg High as a junior, Brown starred as a receiver and defensive back and also returned two punts and a kickoff for touchdowns. His family relocated to Winchester, and Brown starred at Millbrook High as a senior quarterback and cornerback and also punted. A running back on that team was Savon Smith, a Spiders redshirt sophomore who leads UR in rushing.

“I threw the ball to him a lot,” Brown said.

The former QB is Richmond’s leading receiver (16 catches for 227 yards and two touchdowns) through the Spiders’ 2-3 start (0-2 CAA). Brown returned to his Millbrook days as a passer in last Saturday’s 20-7 loss to Elon. He threw three times, with one completion (26 yards to quarterback Beau English), an incompletion and an interception.

“During warmups before we start practice, the receivers are always throwing back and forth with each other,” said Brown, a 6-foot-1, 202-pounder who also returns punts. “I always try to be as accurate as I can, just in case.”

He feels his best position is receiver, though Brown added, “It’s always nice playing quarterback and getting to touch the ball all the time.”

The use of Brown three times as a passer illustrates Richmond’s increased thinking outside the box in the absence of quarterback Joe Mancuso (broken right index finger), who missed all but two plays of UR’s 21-10 loss at Virginia Tech on Sept. 25 and all of the Elon game. Law school student English, more effective as a runner than passer, now starts at QB. Surgery was performed on the finger of Mancuso, expected to be out another couple of weeks.

“I thought Beau was gritty, played hard. Beau probably gave us a chance to get into position ... his scrambling, those types of things,” said UR coach Russ Huesman, whose team did not score during three trips inside Elon’s 10. “The problem wasn’t Beau.”

Poor execution among blockers held back the Spiders in Huesman’s estimation. He sees the bye week as an opportunity to “figure out some ways to generate points. We have to. … What we don’t do well, we’ll eliminate. What we do well, we’ll emphasize and get good at that.”

Brown will be involved, in various capacities. His father, Todd, played defensive back at Marshall. His two older brothers played at Division II Charleston.

“It definitely made a huge impact on my life,” Brown said of his football family. “We grew up always competing with each other, whether it was basketball, football, whatever the case may be. That helped my competitive nature, and I always wanted to be better than them.” 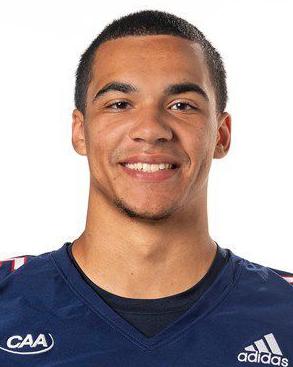