Russ Huesman will return as the University of Richmond’s football coach next season, according to John Hardt, the school’s vice president and director of athletics.

Hardt chose not to reveal the contract status of Huesman, who completed his fifth season Saturday with a win at William & Mary. That victory was the Spiders’ fourth straight, and they finished with a winning record (6-5, 4-4 CAA) for the first time since 2017, Huesman’s first year.

Under Huesman, a former Richmond defensive coordinator, the Spiders are 24-25, with a 17-19 league record. None of his teams qualified for the FCS playoffs. With Huesman as coach, UR generally has been a middle-of-the-pack finisher in the CAA, recognized as one of the most challenging FCS leagues top to bottom.

When Huesman, 61, was introduced as UR’s coach, the private school did not announce the length of his contract. He was hired in December of 2016. Hardt was named the school’s AD about a year later.

UR and most FCS programs played an abbreviated spring-semester season this year after the 2020 fall schedule was canceled by the pandemic. The Spiders went 3-1 in the spring. 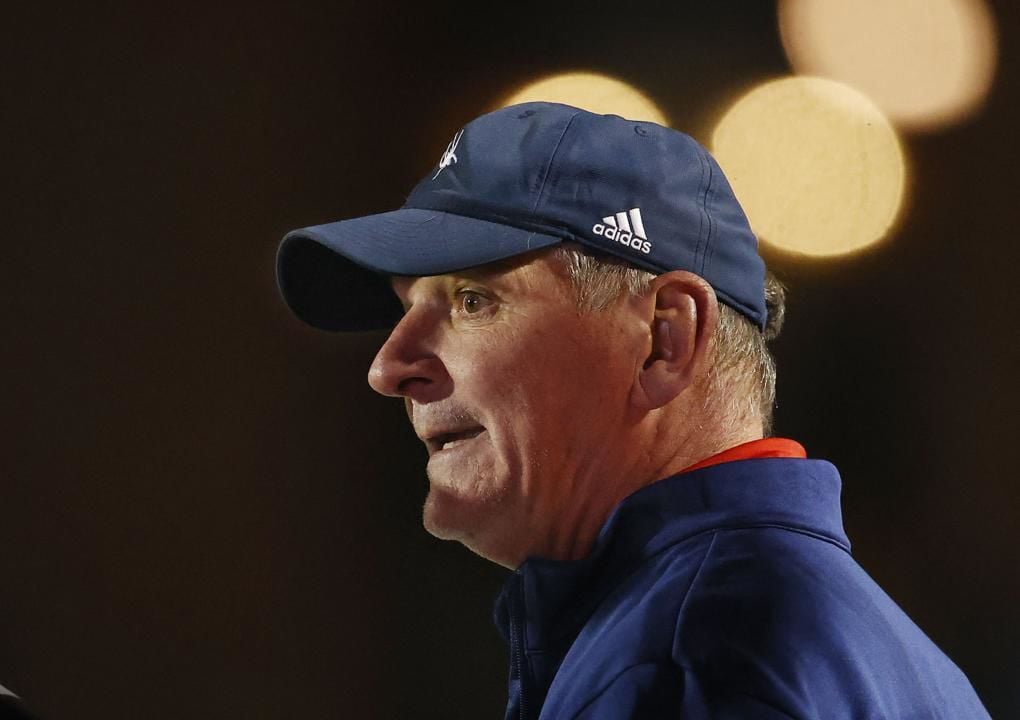 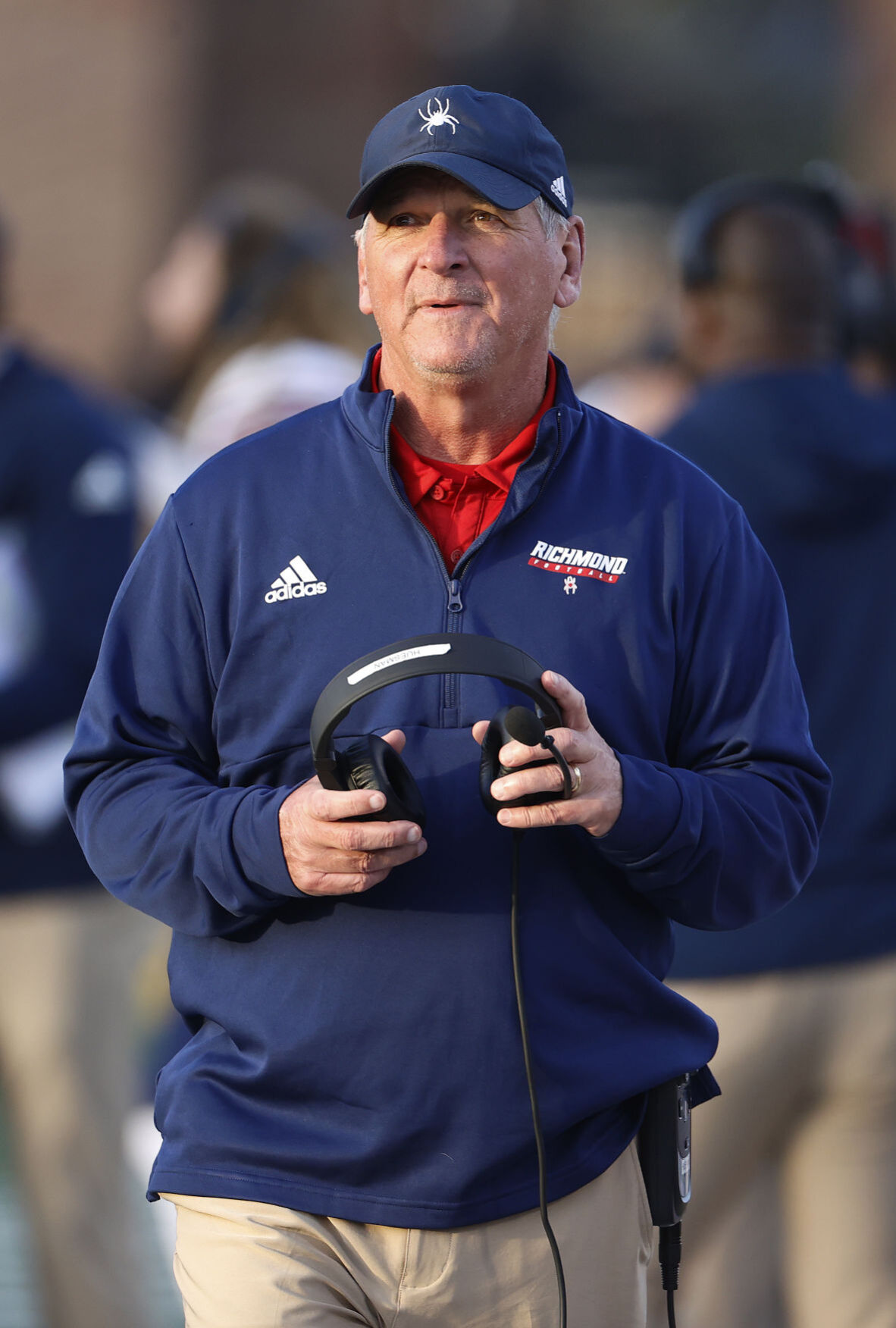 UR Head Coach Russ Huesman looks toward the scoreboard as the Spiders play W&M in Zable Stadium Saturday, November 20, 2021.