James Madison hit the road, gone from CAA Football and the FCS. That’s a good place to start as league teams eye the 2022 conference championship.

The University of Richmond’s quest begins Saturday with its opening CAA game of the year, against visiting Stony Brook.

JMU won or shared six of the past seven CAA championships and finished second the year (2018) it failed to capture or share the title. During the past seven years, the Dukes went 46-5 in regular-season league competition. So there’s room in the top bunk that’s typically been occupied.

In the last four full league seasons, they went 4-4, 4-4, 2-6 and 4-4. Coach Russ Huesman, in his sixth year, believes the Spiders, who lost at Virginia and beat Saint Francis and Lehigh, are significantly better on offense than they were a year ago.

The most obvious improvement has come in turnover margin. Richmond ranked last or next-to-last in turnover margin among CAA teams each of the past three full seasons. This year, the Spiders, with new offensive coordinator Billy Cosh and new quarterback Reece Udinski, rank first (plus-4). UR has committed two turnovers — one interception and one fumble — in three games.

In a 27-14 loss at Stony Brook last season, UR committed six turnovers.

In other departments, “Our offensive line has improved dramatically from last year to this year. Our wideouts, leaps and bounds better this year than last year,” Huesman said.

The Spiders won their last four league games in 2021 after an 0-4 conference start. Eleven of 13 CAA Football members (Hampton and Monmouth joined this year) have qualified for the FCS playoffs since 2015.

“We know the conference is tough,” Huesman said. “Obviously we’re stepping up from our previous (FCS) games.”

Stony Brook running back Ty Son Lawton, who rushed for a league-high 1,088 yards and 10 touchdowns in 2021, was named CAA preseason offensive player of the year. He ran 26 times for 64 yards this season, and suffered an ankle injury on the first play of last Saturday’s 20-3 loss at FBS member Massachusetts.

Stony Brook coach Chuck Priore, whose team is 0-2, said Lawton is “probably day to day at some perspective, but I don’t anticipate him being back with an ankle injury this weekend ... That’s the third running back we’ve lost.”

Lawton is expected to return at some stage this season. The other two suffered season-ending injuries that required surgeries. Huesman said in general, the Spiders are healthy for the start of the CAA competition.

Speaking of the Seawolves, Huesman said, “I told our team, ‘They’re 0-2 with one league loss (and) the sense of urgency on their end is going to be huge and we have to have the same sense of urgency or more coming into this thing.’”

No. 17 Spiders fall to No. 23 Phoenix in two OTs, with debatable UR call involved late

ELON, N.C. — Sooner or later, one of these games was coming for the University of Richmond.

“I’m not sure why he didn’t play at Tech. He looks like an ACC back.”

UR’s 45th hall of fame class will be inducted Friday, Nov. 4, and introduced during the football homecoming game on Nov. 5.

The University of Richmond this season began using footballs with bright red laces, which are of no use to the team’s star quarterback.

“Whenever we know that somebody’s going to come and try to beat us, we’ve got to make sure we set the tone and we make them realize who the best team really is.”

Spiders' weekly word: 'Up front, we take pride in not letting No. 2 get hit'

Quarterback Reece Udinski has started the season like an FCS All-American. Keeping him upright leads the Spiders' to-do list.

"I think we just did well executing whatever (the Mountain Hawks) gave us."

The transfers brought in by the University of Richmond to provide an offensive spark this season did that Saturday night at Robins Stadium. Th… 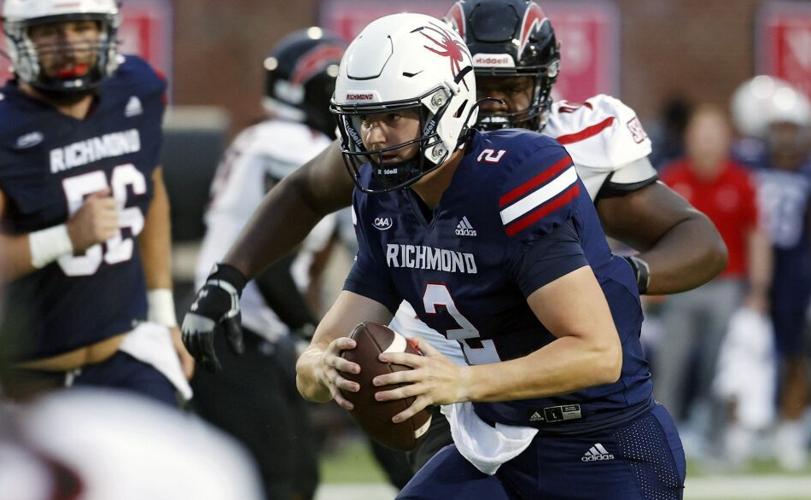 The University of Richmond's offense has become less turnover-prone so far this season with transfer quarterback Reese Udinski. 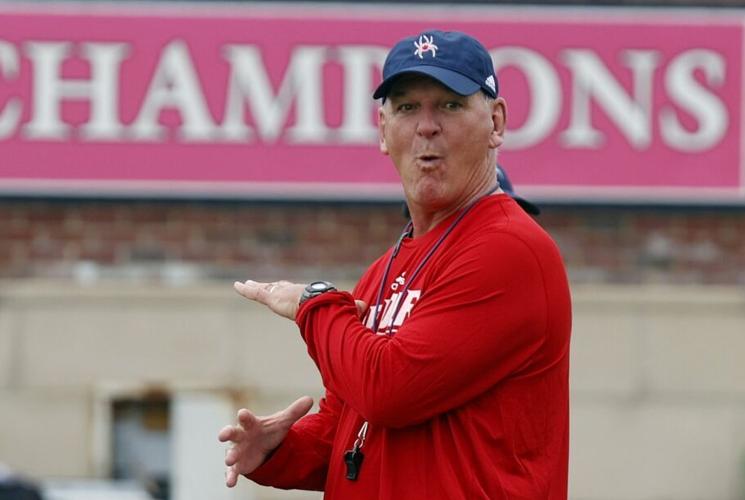