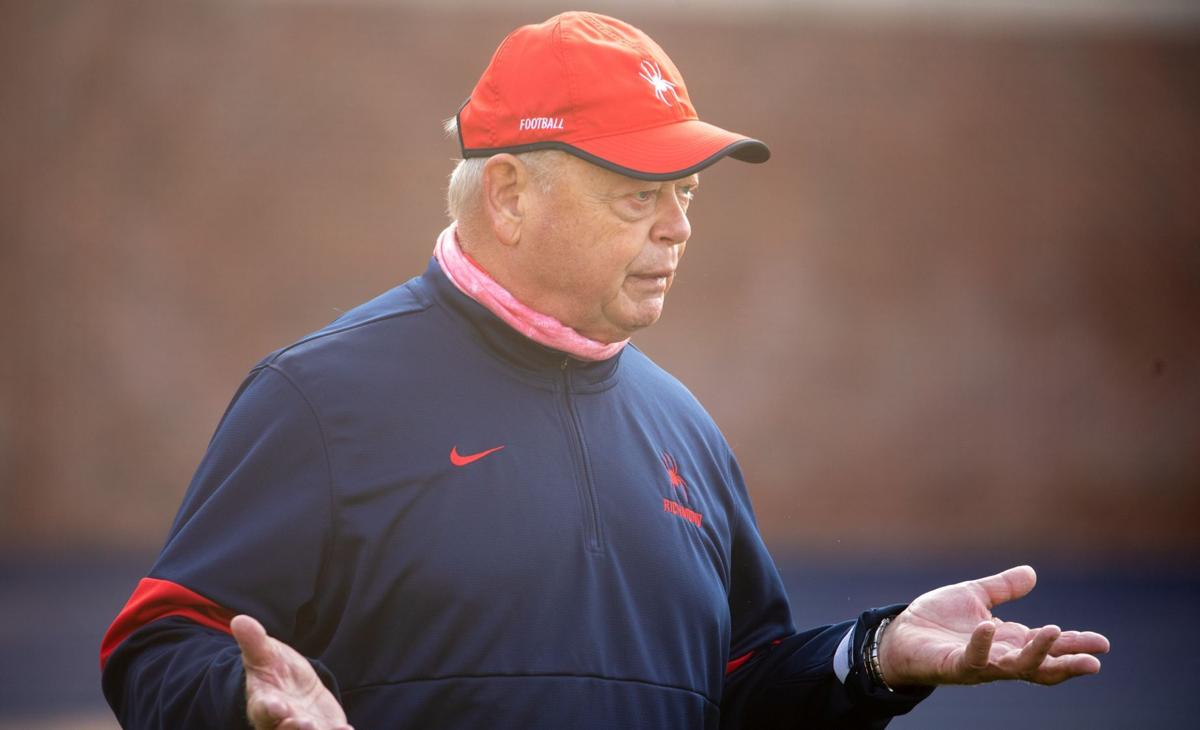 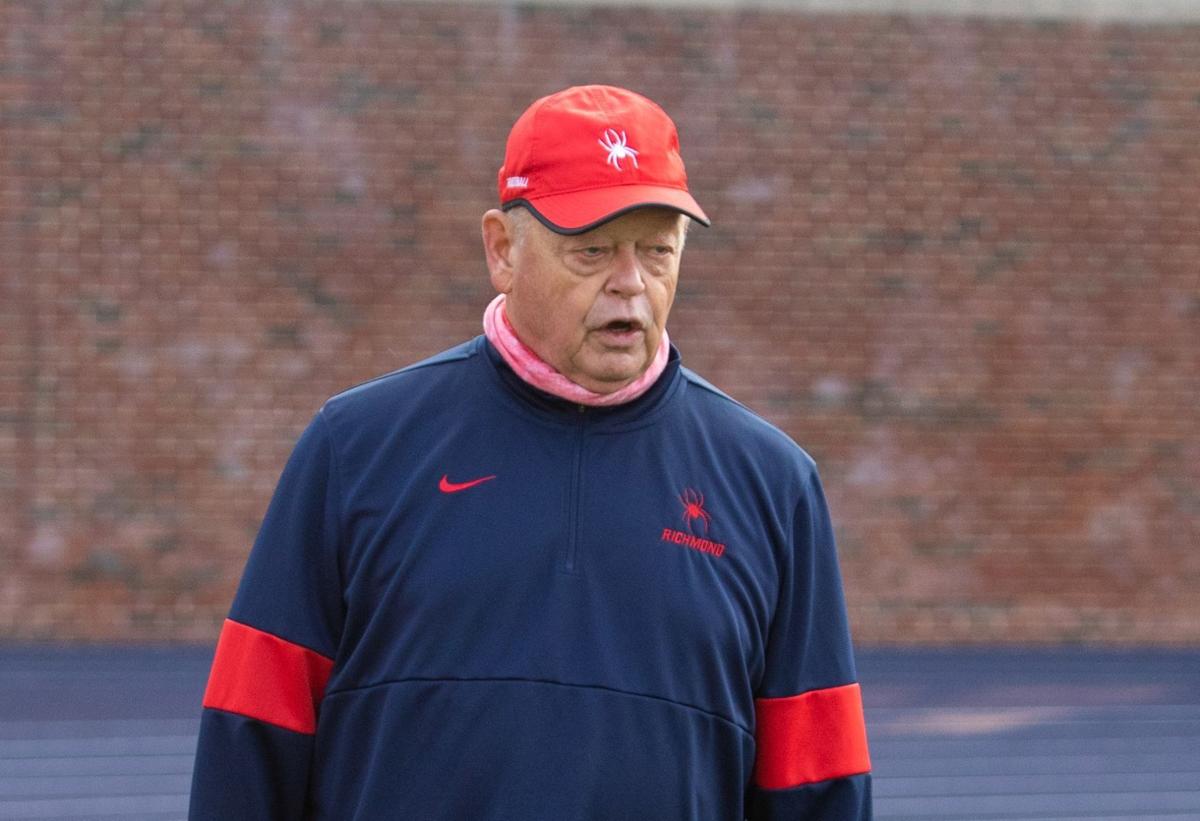 Hanson, who turns 72 in September, this year supervises the Spiders’ defensive ends. He began coaching in 1971 as defensive line coach for the UR freshmen. Freshmen became eligible for NCAA varsity competition in football and basketball in 1972.

When the Spiders and almost all of the FCS teams did not play games in 2020, it was the first fall Hanson had not been involved in football games since he was in elementary school. UR played four games in the spring.

On Tuesday morning, Hanson answered some questions from The Times-Dispatch.

Question: You were preparing to return home to Wisconsin after finishing your undergraduate education at Richmond and teach and coach in high school, and then the plan changed, right?

Answer: The longer I was here in Richmond, the more I liked the Richmond area. … So that’s what happened. And once I stayed and got my master’s, coach [Frank] Jones decided to leave and they hired Jim Tait, and Jim hired me as a full-time assistant. The rest is history.

Question: How are young men who play college football different in 2021 than they were in the 1970s?

Answer: Kids want to be coached and taught. … They’ll do anything for you if they know you care about them. My relationships with the players are even better nowadays. It’s just adjusting to each individual you coach. Everybody’s different and you have to teach and coach everybody differently.

It’s really not been a big deal for me because I’ve always been concerned about individual players, the type of kids they are, and I try to spend a lot of time with my players. They know I care about them because I’m not afraid to tell them I care about them.

Question: How might these recent Richmond teams do against those late 1960s, early 1970s Richmond teams that played at college football’s highest tier?

Answer: As we’ve gone along, kids are more athletic than they were back a while ago. The weight programs, the conditioning programs, training for 12 months a year, that’s huge nowadays. Kids are just bigger, stronger, taller and faster.

Question: Though you have worked elsewhere, why has Richmond repeatedly drawn you back as an assistant coach?

Answer: This is my home. I love the Richmond area. Richmond’s a great town to raise a family in. The University of Richmond over the years has done a lot for me. I got a great education here. I got to work with some great people, and I’m not talking about just the coaching profession and the athletic administration, but also the staff and faculty here. There have been some great people here, and still are some great people here, that I really enjoy being around.

Question: What keeps you going professionally?

Answer: I enjoy being around young people, and developing young people, and teaching young people, and being a part of their lives. And that’s what it’s all about. Hopefully, I can make a difference in everybody’s life I’m involved with. I still can do that. I enjoy the game. The game has changed, but the thing that is still great about football is the people that play football.

Question: Was there a head coaching job that you pursued that, in retrospect, you really wish you had gotten?

Answer: At one point in time, I had a shot at a couple of Division II jobs that I looked into. I’m not a guy that is a political guy. I’m kind of a guy that’s a very honest person and tells it like it is. That’s another reason the players and I get along and enjoy each other so much. But no, I was made to be an assistant coach. I’ve always been an assistant coach, and I love being an assistant coach.

Challenged by its coach and a team captain, the University of Richmond defense went carpe diem on Lehigh on Saturday. Spiders defenders comman…

“If we can improve and not have those games where we just kind of throw it away, I think we’ve got a really good shot," said coach Russ Huesman.