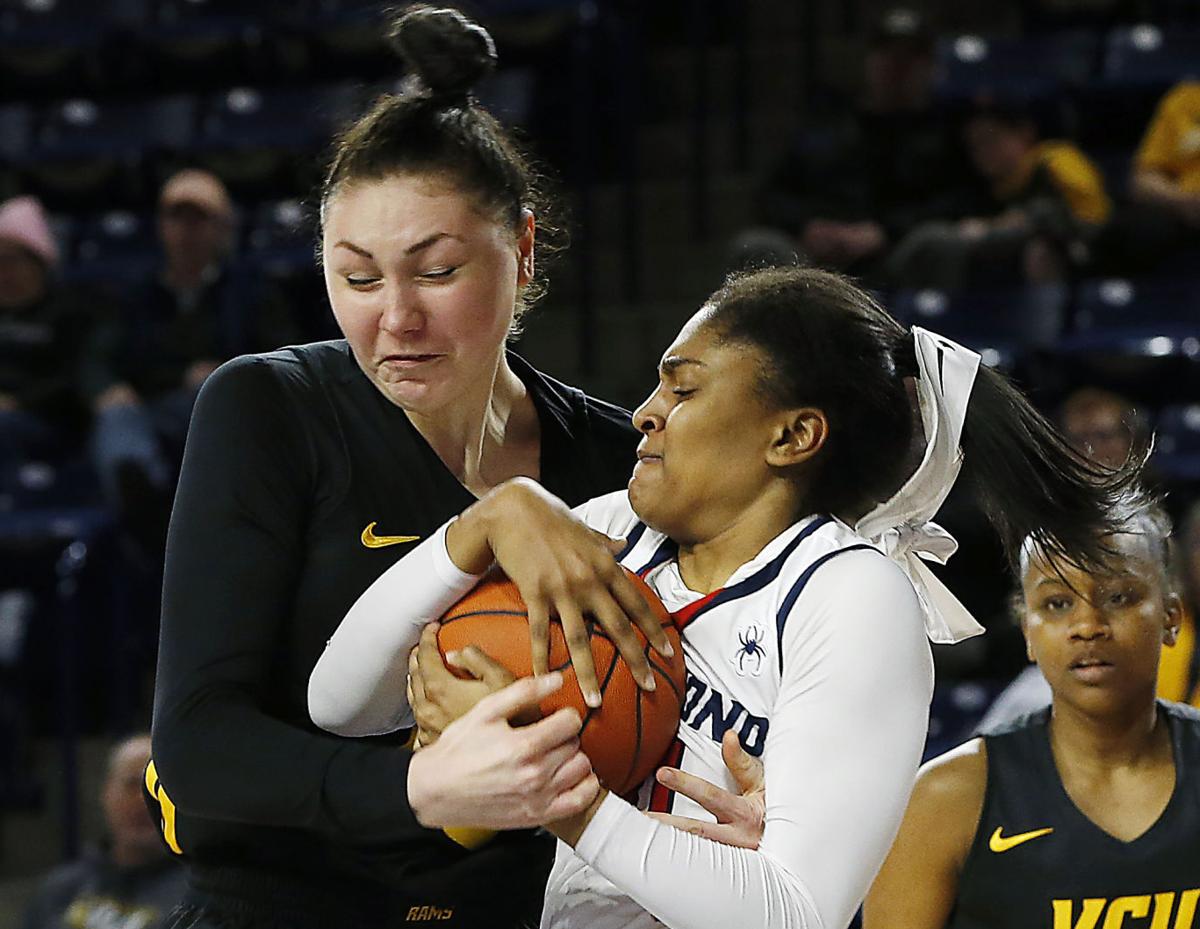 UR’s Elaina Chapman (right), the 2019 All-Metro girls player the year from Trinity Episcopal, battled VCU’s 6-6 Sofya Pashigoreva for possession in an A-10 game at the Robins Center in February. 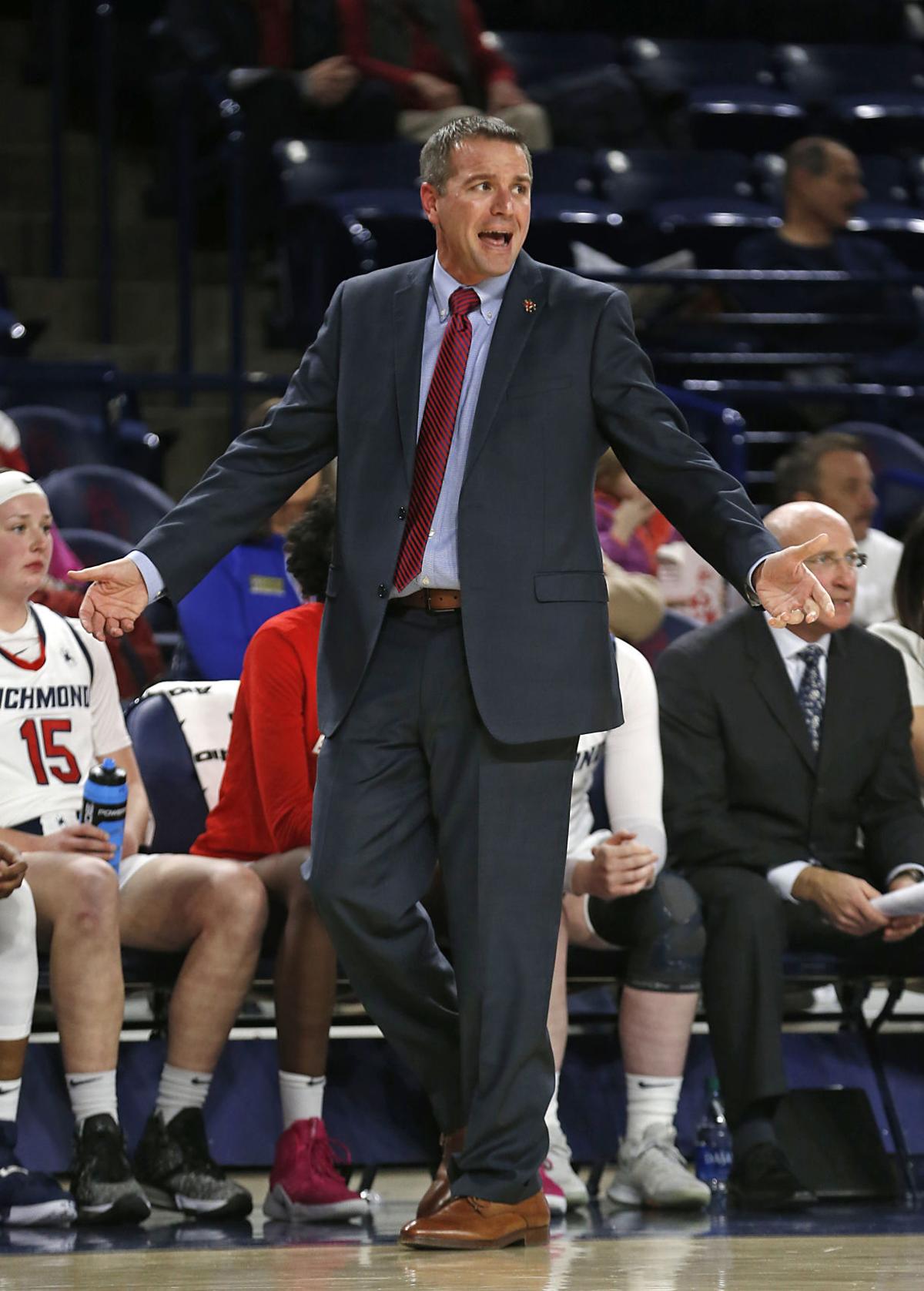 UR coach Aaron Roussell: “We really made an emphasis to connect with high-school coaches here in the area and get out and know the scene a little bit.”

From a recruiting standpoint, seven years as the Bucknell women’s basketball coach made Aaron Roussell appreciate his first year at Richmond.

As Spiders coach, Roussell doesn’t have to look nearly as far for quality prospects.

A 2½- to 3-hour drive was required from Lewisburg, Pa., Bucknell’s base, before Roussell entered the closest hoops hotbeds.

Since arriving at UR, there have been times Roussell has decided to go recruiting following dinners at home.

“For us here, we kind of said, ‘We’re not looking exclusively at Richmond by any stretch, but there’s some great basketball in our backyard,’” said Roussell, whose first Spiders team went 15-17 (7-9 A-10). “We really made an emphasis to connect with high school coaches here in the area and get out and know the scene a little bit. Our staff has been fantastic with that.”

In the last decade, the Spiders have never had more than three players from Richmond on the same team. In five of those 10 years, UR had only one player from the Richmond area.

“I think this [UR] staff has made a total commitment to recruit the Richmond area,” said Harris, in his 13th year as Springers coach. “I think it’s a big coup that all those players are coming to [UR], and everybody else around here is talking about, ‘Man, I can stay here locally and play now.’

“And with this day and time, being close to home and parents not having to travel … Kids know that their families can come watch them play a little bit easier. I think that’s changing the mindset.”

In Harris’ view, the level of girls basketball in central Virginia matches that of any other region in the state. He added that is a relatively new development.

Having a group of players from the Richmond area has helped during the pandemic, according to Parson, a four-year regular.

“Even during the quarantine, we’d still find ways to get together — social-distancing, of course — doing our conditioning outside, making sure we’re all locked in and ready to go when we got back to campus,” she said.

University of Richmond football coaches used to be hesitant to show recruits the program’s game facility. This was before Robins Stadium, whic…

The cancellation wipes out a Dec. 2 VCU home game against UNLV and a Dec. 5 Richmond road game at Colorado State.

UR attendance at the Robins Center, in the A-10

Timeline: Robins Stadium in the making

Robins Stadium in the making

“I hope all the people understand how much work just goes into the opportunity to talk about [college basketball games]. Now let's get there and let's play them."

Deliberation didn’t take long for Darius Reynolds, a fifth-year senior defensive end at the University of Richmond. He could graduate in Decem…

UR’s Elaina Chapman (right), the 2019 All-Metro girls player the year from Trinity Episcopal, battled VCU’s 6-6 Sofya Pashigoreva for possession in an A-10 game at the Robins Center in February.

UR coach Aaron Roussell: “We really made an emphasis to connect with high-school coaches here in the area and get out and know the scene a little bit.” 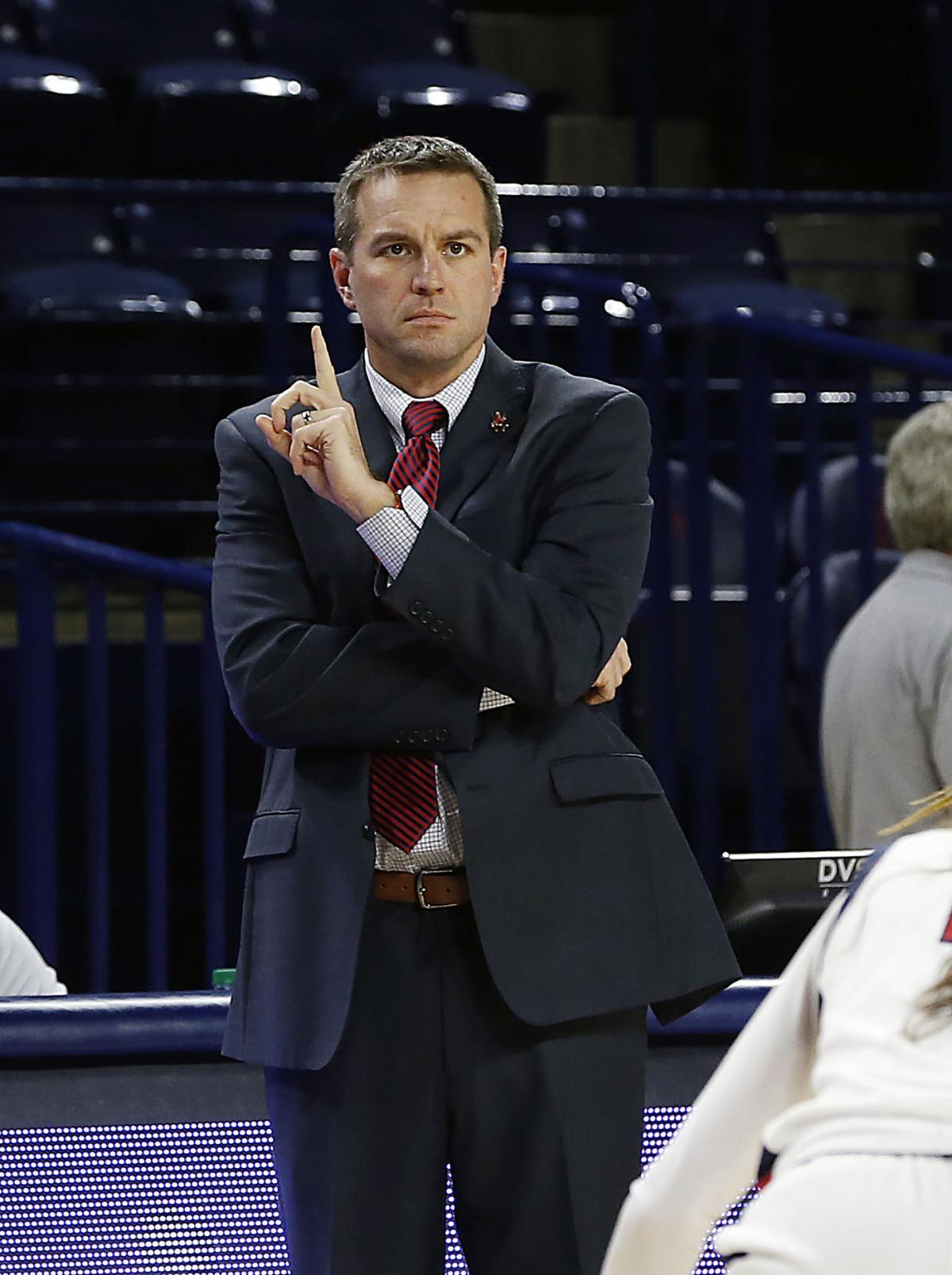 Aaron Roussell can do recruiting for UR women’s basketball a short drive from his home.