Rams vs. Cardinals: Updates and scores from the NFL playoffs

UNI is 2-4, but has NBA prospect AJ Green, perhaps the best player Spiders face this season
0 Comments
Share this
1 of 2

Northern Iowa junior guard AJ Green was the Missouri Valley Conference player of the year as a sophomore, and scored 35 in the Panthers’ 90-80 win on Nov. 27 at St. Bonaventure, the A-10 favorite. 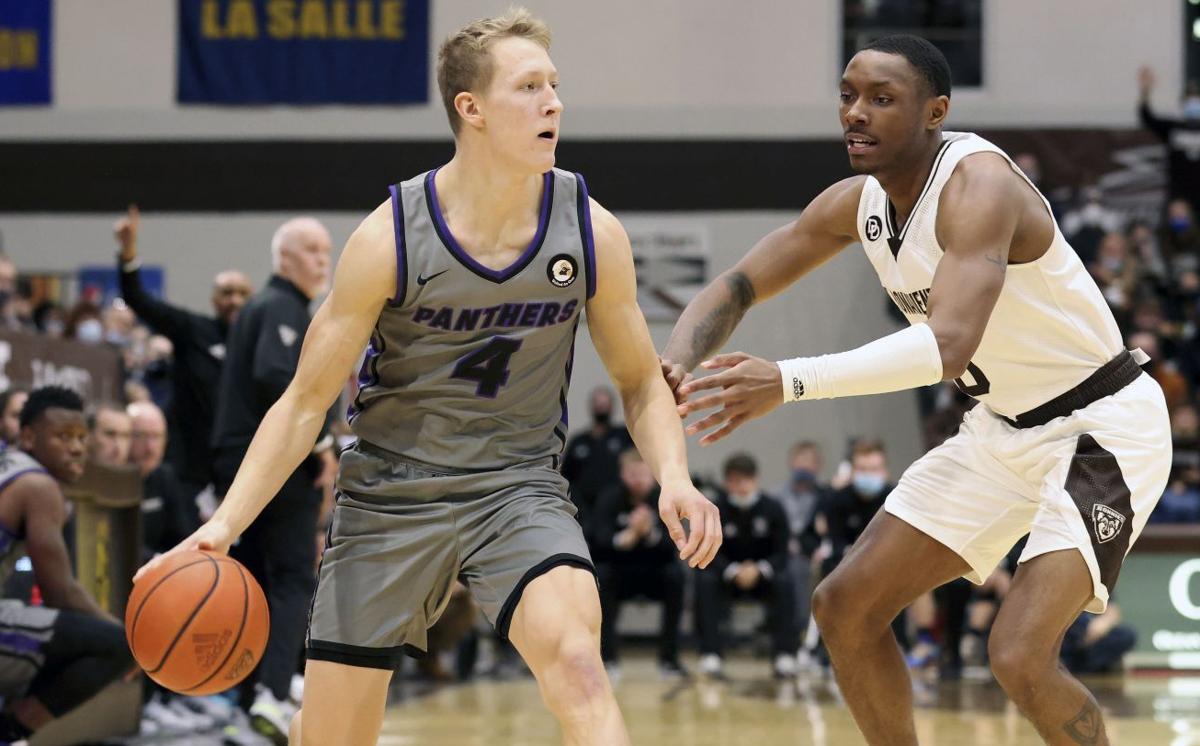 “He’s a terrific player, NBA prospect, incredible shooter and scorer, and somebody that everybody will obviously have to be super-worried about.”

Even games that do not appear highly challenging are, upon closer analysis, highly challenging. Welcome to the University of Richmond’s nonconference basketball schedule, which sends the Spiders back to Iowa for a Sunday meeting with Northern Iowa.

Richmond (4-4) previously visited Des Moines, Iowa, for a Nov. 20 game at Drake, which is picked to win the Missouri Valley Conference and defeated UR 73-70. Northern Iowa is 2-4 with losses to Nicholls State, Vermont, Arkansas and Bradley. That would suggest the Panthers, projected third in the MVC preseason poll, may be a vulnerable opponent at their McLeod Center in Cedar Falls, Iowa.

“He’s a terrific player, NBA prospect, incredible shooter and scorer, and somebody that everybody will obviously have to be super-worried about,” UR coach Chris Mooney said.

Green, who’s from Cedar Falls, missed most of last season, including UR’s 78-68 win at the Robins Center on Dec. 9, because of a hip injury. He hits off-the-dribble 3s, and gets to the free throw line more than any other Panther.

“He can create points where there are none readily available,” Mooney said.

“I think we’ve played pretty well, but we haven’t won as many games as we’d have liked to,” Mooney said. “We would do the same thing, at this point. We would try to play a great schedule to give ourselves the best opportunity possible to be an at-large team [in the NCAA tournament].”

The Spiders have fallen to Utah State, Drake, Maryland and Mississippi State.

“I think we’re fine. Obviously, we could have done better in the first eight games, but that’s just how it is. It’s a really tough schedule,” Gilyard said. “I don’t think we’ve lost to anybody that’s a bad team or will struggle in their conference. I think all of our losses have definitely been learning lessons for us.”

Gilyard’s pursuit of the NCAA Division I career steals record ended in Wednesday’s 73-64 win at Wofford. He made one steal to tie former Providence guard John Linehan atop the list with 385. Gilyard said his intention was not to “hunt steals” as the momentous occasion drew near. He said Friday, “I think I’m just letting the record come to me.”

From Kansas City, Mo., Gilyard will have friends and family at Sunday’s game.

Mooney said though the Spiders have been dealing with a flu bug, he expected no players to miss the UNI game because of sickness. Andre Gustavson, a 6-5 senior rotation member who hasn’t played this season because of summer groin surgery, may be ready when the Spiders host Toledo on Dec. 11.

"It appears this year it's a little bit more what your particular county says, or school, or city says," in terms of fans' protocols.

UR visits Fordham Tuesday in makeup, coach optimistic UR can get in all 18 A-10 games

Game was originally scheduled for last Saturday, but postponed due to COVID issues at Fordham.

Northern Iowa junior guard AJ Green was the Missouri Valley Conference player of the year as a sophomore, and scored 35 in the Panthers’ 90-80 win on Nov. 27 at St. Bonaventure, the A-10 favorite.

“He’s a terrific player, NBA prospect, incredible shooter and scorer, and somebody that everybody will obviously have to be super-worried about.”