Russ Huesman, coach of the University of Richmond team that plays at Virginia Tech on Saturday, has long been a proponent of FCS vs. Power Five games. He didn’t sound confident Wednesday that they will continue longer than five more years.

“Do I think they’re going to go away? Yes,” said Huesman.

His view is shaped largely by a potential shift in college football. The ACC, Big Ten and Pac-12 are discussing a future scheduling alliance outside of leagues competition in response to the SEC adding Texas and Oklahoma in 2025.

In light of a beefed-up SEC, the ACC, Big Ten and Pac-12 are exploring ways to increase their members’ access to the College Football Playoff. Teams from those three leagues could meet on a regular, structured basis. The approach would increase schedule strengths that may determine many qualifiers for future CFP fields and please media partners by enhancing television inventory.

That could kill FCS vs. Power Five matchups or greatly reduce the number of those games. Most of these once-a-season meetings result in one-sided outcomes, and have for decades, though 10 FCS teams defeated FBS members so far this season (87 losses). Four of those victories came over Power Five members.

Power Five programs can each give as many as 85 scholarships and offer them to the nation’s premier prospects. Each FCS program works with a scholarship limit of 63.

“But I would say five years maybe I think something different is going to be on the landscape. But again, that’s my personal opinion.”

Richmond will take home a $400,000 guarantee for its visit to Virginia Tech, and William & Mary received the same amount for its 43-0 loss at Virginia on Sept. 4. This year, 11 of the 12 CAA members play FBS competition, with James Madison the exception. Seven of those games are against ACC, Big Ten or Pac-12 opposition. Without those, the fiscal hits would be significant. Stony Brook, for instance, earned $625,000 for last weekend’s trip to Oregon, which won 48-7.

“I like the games. Obviously you say the guarantee, and that’s obviously important to FCS programs,” Huesman said. “But I think it’s great for our guys to get out there and play in that environment, play against those guys. It helps in recruiting, all those types of things.”

Brian Mann, who began his tenure as W&M’s director of athletics in early August, said, “I love those [FCS vs. Power Five] games and I’m going to do everything in my power to make sure they continue.”

Richmond receiver directed a grant of $11,000 to a youth football association.

'When in question, it is a foul,' but replay saved Spiders from targeting sanctions

“If we’re going to do it the right way, then take the time to look at it and make the correct decision." 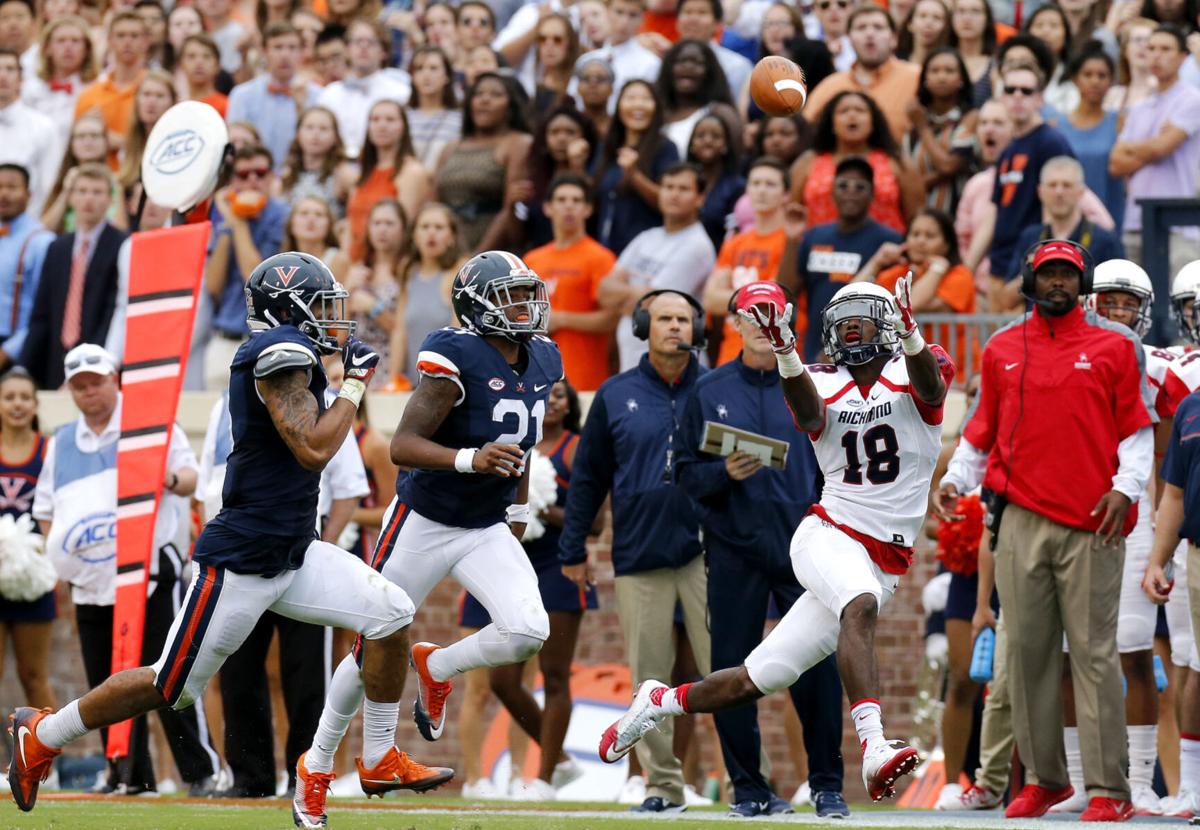 The University of Richmond’s Dejon Brissett made a reception at Virginia behind defenders Quin Blanding (3) and Juan Thornhill (21) in the Spiders’ 37-20 win in 2016. 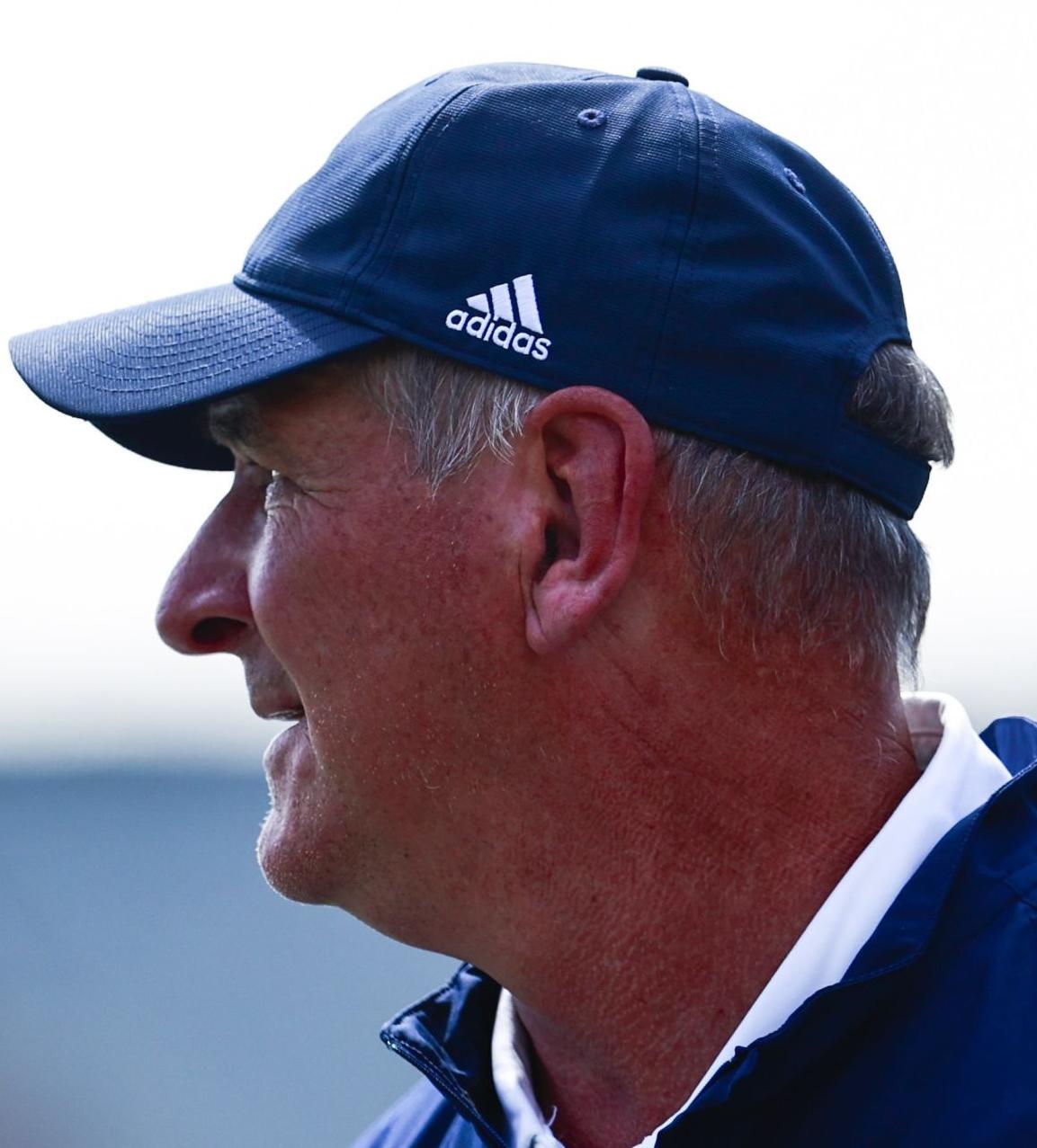 University of Richmond coach Russ Huesman: "I would say five years maybe I think something different is going to be on the landscape.” 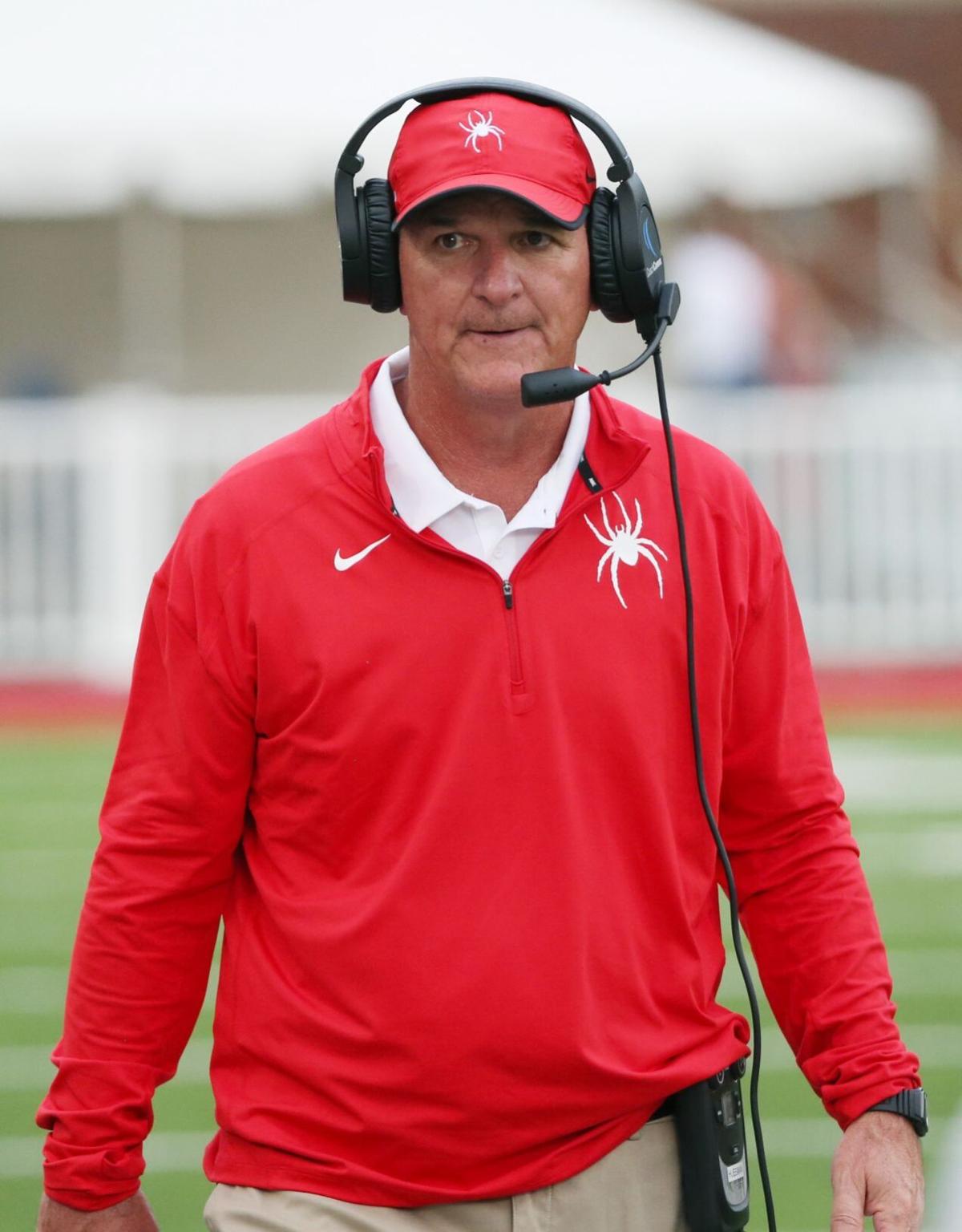 “I would say five years maybe I think something different is going to be on the landscape,” says Russ Huesman.