VCU and UR have shots at A-10 men's tourney, which will not be in Brooklyn as scheduled
0 comments
Share this
{{featured_button_text}}
1 of 2 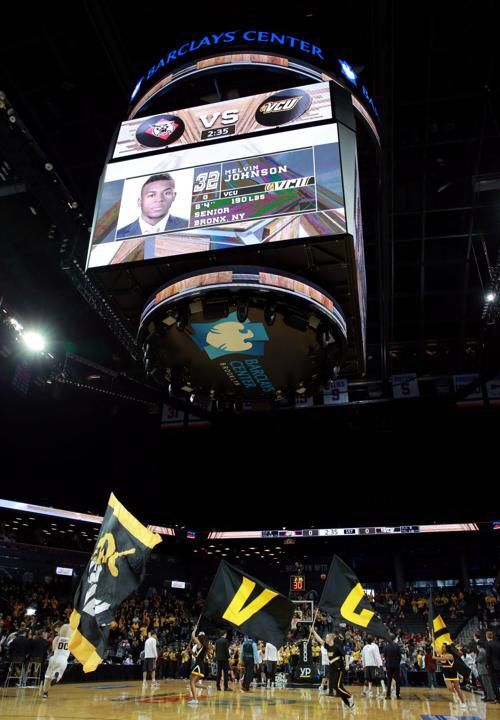 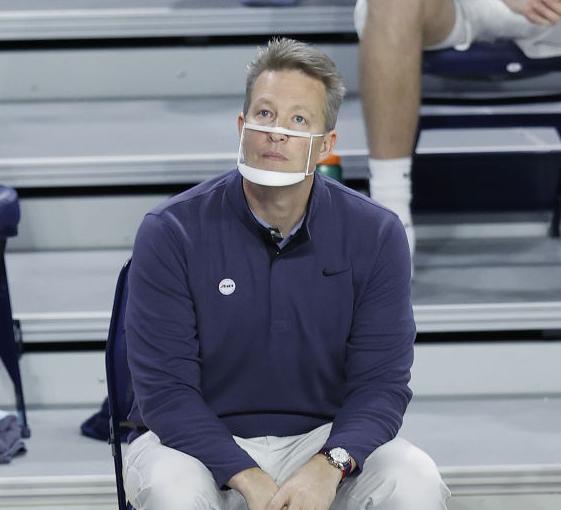 Richmond coach Chris Mooney, speaking f the A-10 tournament: “If it’s on a campus and there are no fans, I think there’s a slight advantage to the host team, but not nearly as significant as there would be if there were fans.”

The first gym shoe dropped Thursday when the A-10 confirmed that its men’s basketball tournament will not be held at New York’s Barclays Center, as originally scheduled.

Because of the pandemic, several sensible reasons exist not to bring 14 teams to the home of the Brooklyn Nets and play in front of no fans.

Virginia guidelines at this time allow a maximum of 250 fans at indoor sporting events. That number would at least accommodate players’ families.

Thursday’s A-10 release reads that the tournament will be moved from Barclays Center “to the campus of an A-10 member institution.” That would appear to eliminate the concept of VCU and UR serving as brother sites for the event, which will be played March 10-14.

A-10 commissioner Bernadette McGlade, in previous comments to the Times-Dispatch, expressed a preference for one site for TV reasons and other logistical considerations, including health and safety protocols.

“The challenges presented by COVID-19 and the ability to host this event on campus provides the league with operational efficiencies, established local health departments relationships, and a familiarity of conference COVID-19 protocols,” she said Thursday’s conference release.

VCU may emerge as the most logical site because Richmond’s location makes it reasonably easy for many A-10 teams to get there, and because the league’s women’s tournament will be held at the Siegel Center March 3-7.

“So that would give us a tournament right beforehand to have gone through all those logistics to make sure we give the kids a terrific experience,” said McLaughlin. “So, when it comes to things like hotels and travel and practice schedules, and all those things ... we just need to make sure [they] are organized in a really tight way so once the teams get here they don’t miss a beat.

“And, quite honestly, I know we can do it. So I don’t have any worry about that whatsoever.”

According to the league, a site for the tournament will be announced “in the near future.” McGlade noted “numerous options.” She previously told the Times-Dispatch that the A-10 would like to resolve the issue by the end of January.

Speaking of playing for an NCAA tournament bid in a member’s arena, Richmond coach Chris Mooney said, “With no fans, it matters far less. There’s an excitement, obviously, of playing at Barclays, or when we played in D.C. or Pittsburgh.

“If it’s on a campus and there are no fans, I think there’s a slight advantage to the host team, but not nearly as significant as there would be if there were fans.”

He suggested that many conferences will be following a comparable path, so on-campus sites for league tournaments will not seem that odd in March. The Colonial Athletic Association announced Wednesday that it has relocated its men’s tournament from the Entertainment and Sports Arena in Washington to James Madison’s Atlantic Union Bank Center, which opened in November.

This year will mark the first time since 2004 that the full A-10 tournament will be held on a member campus. That year, Dayton was host.

Richmond coach Chris Mooney, speaking f the A-10 tournament: “If it’s on a campus and there are no fans, I think there’s a slight advantage to the host team, but not nearly as significant as there would be if there were fans.”