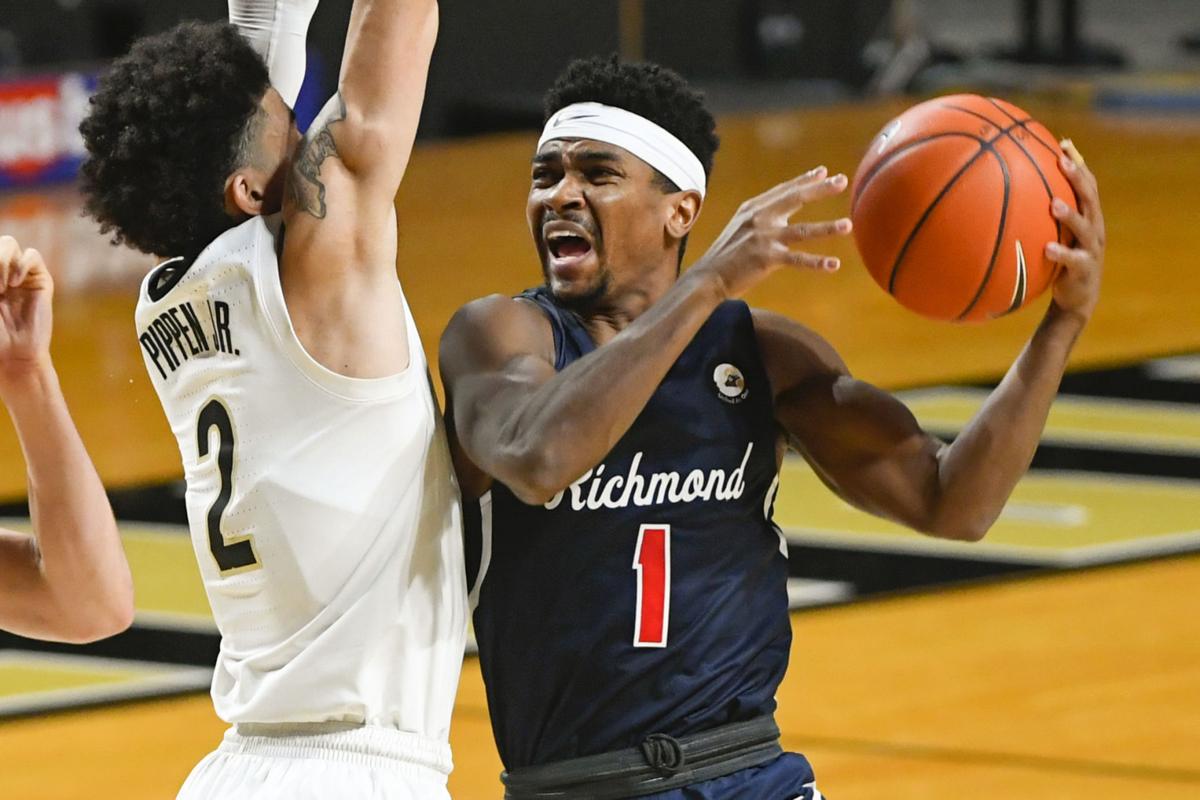 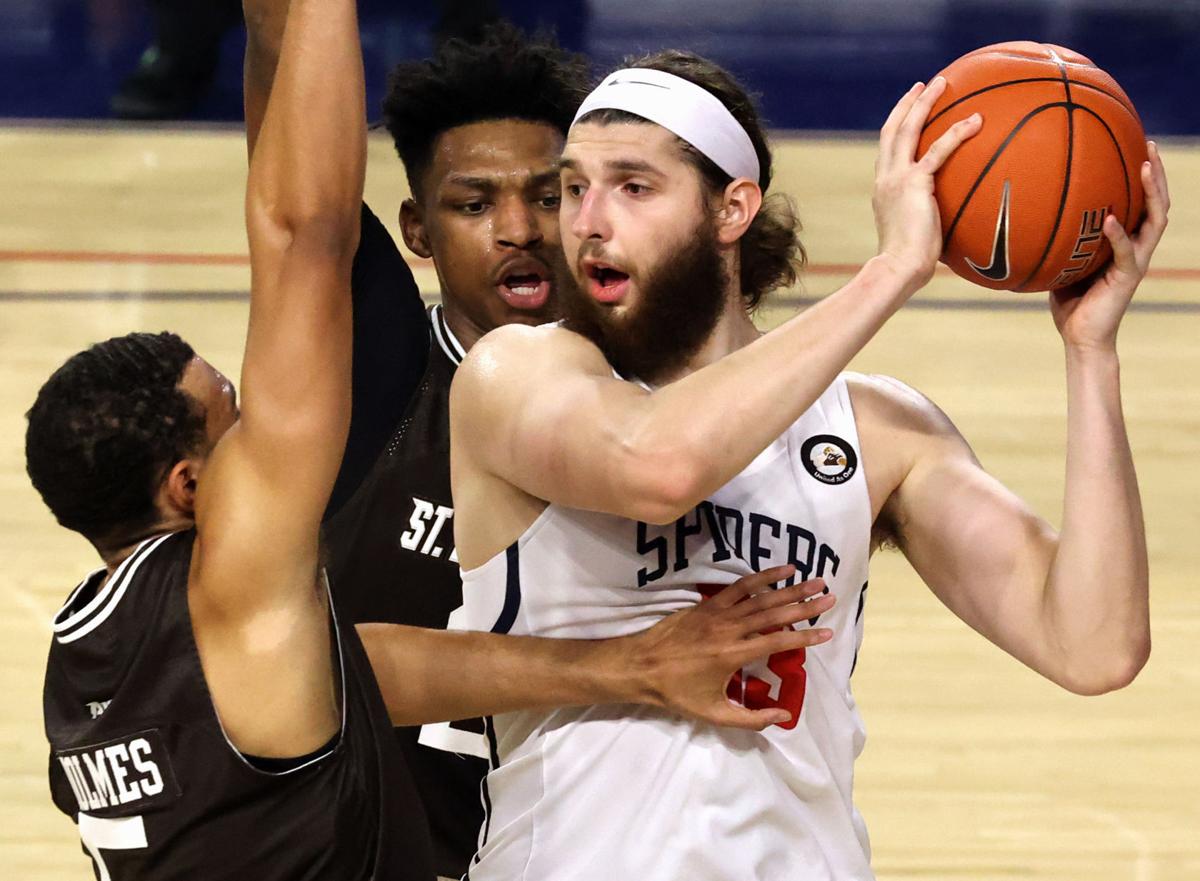 Richmond's Grant Golden: "... to be that offensive team that we know we can be, we need scoring from all levels. We need guys scoring inside. We need guys slashing. And we need our shooters knocking down shots.” 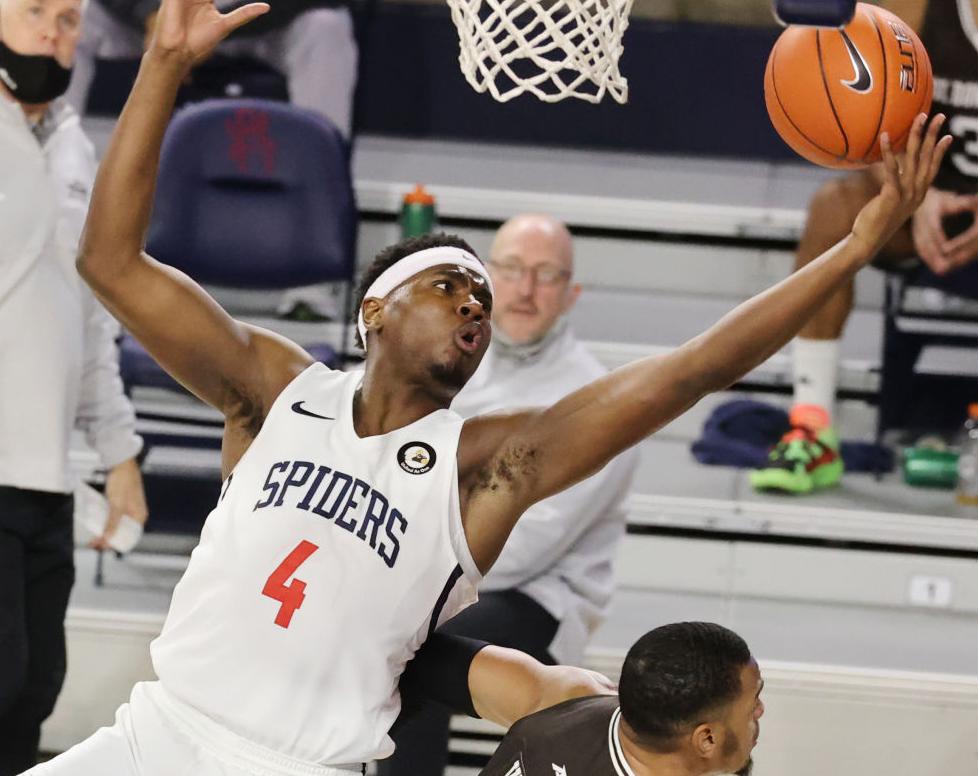 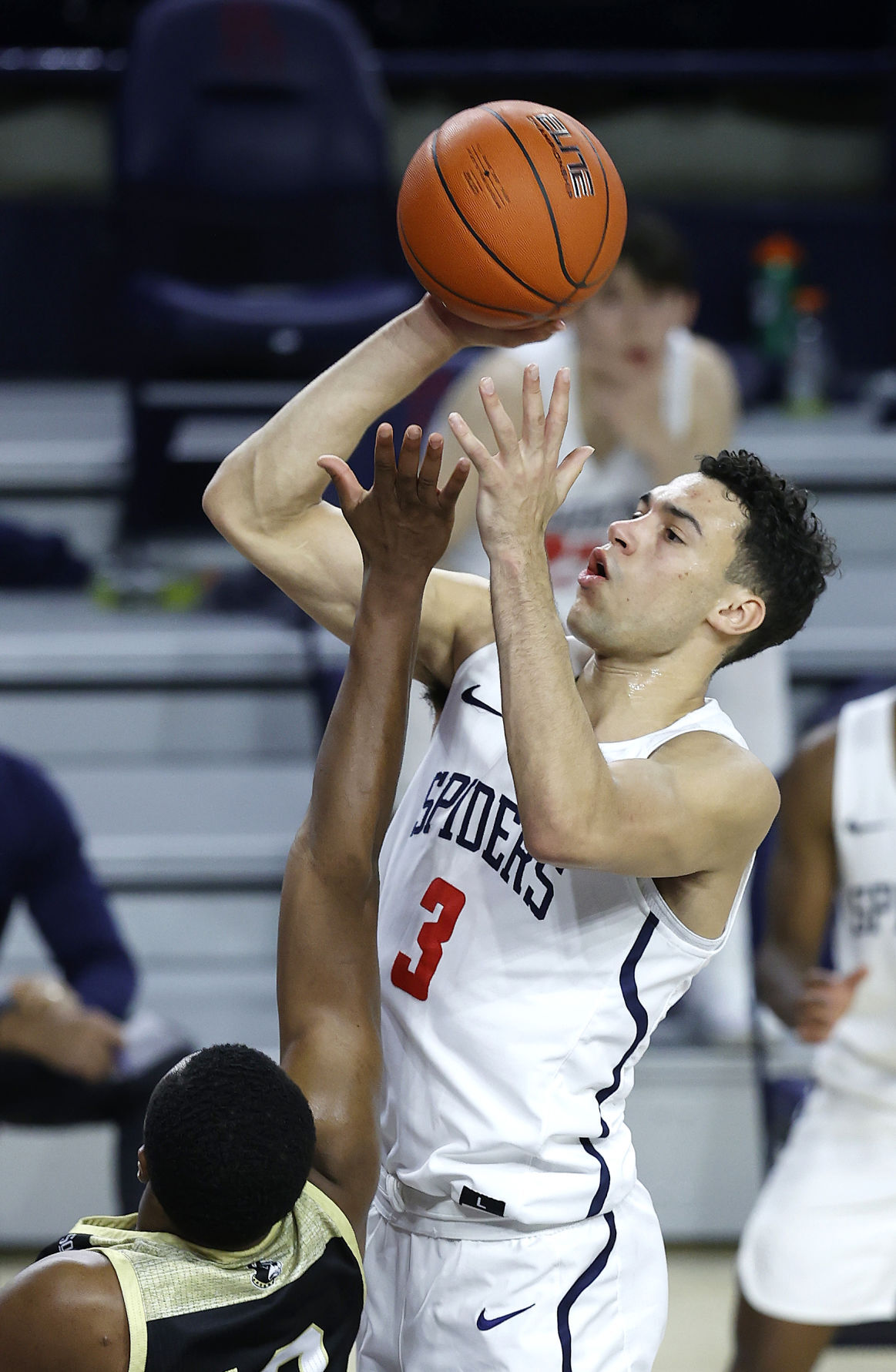 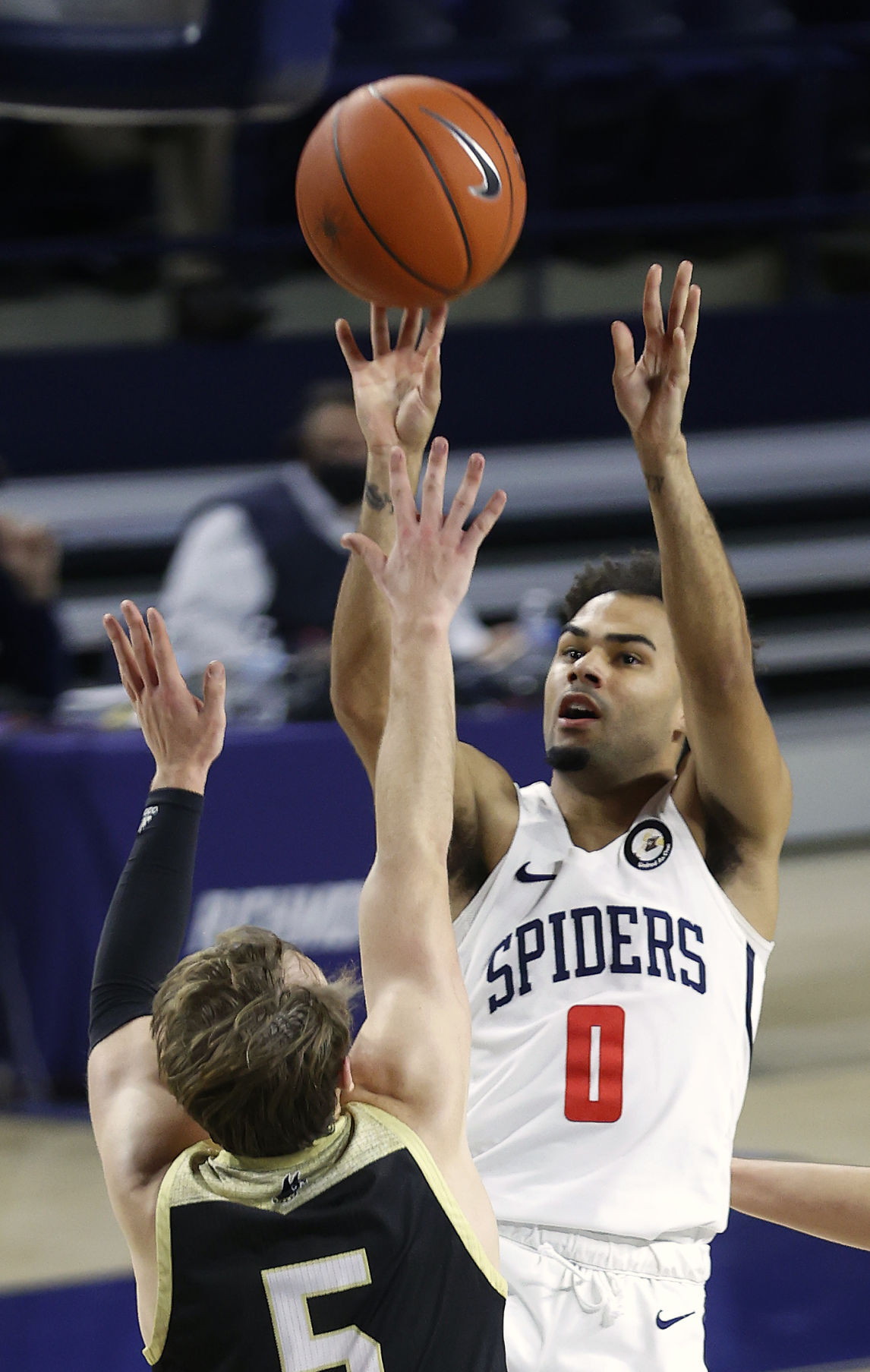 The University of Richmond has played basketball since 1913, and the current team is on track to do something only five of its predecessors did: finish the season with five starters averaging in double figures.

“It’s huge for us in a lot of different ways,” Golden said. “We’re a really good offensive team, and to be that offensive team that we know we can be, we need scoring from all levels. We need guys scoring inside. We need guys slashing. And we need our shooters knocking down shots.”

Chris Mooney, in his 16th season as UR coach, has consistently promoted the balanced-scoring plan. Some years, it’s a more realistic goal than others. A share-the-shots approach may not be applicable in years with an elite scorer, or a very good one supported by inexperienced players, noted Mooney.

“I would prefer to have balanced scoring, just more because I think it’s a better strategy,” he said.

A balanced team puts more pressure on defenses throughout a season. Good offensive teams elevate to great ones when the ability exists to score in transition, score in games played at a methodical pace, score inside, score outside, and score in the midrange.

“The more versatile you are, the more difficult it is for a team to defend you,” said Mooney, whose team averages 76 points.

Richmond targets prospects who are capable of meshing as point producers, Mooney said, but that’s often difficult to project.

“Naturally, you’re always going to have some guys who are a little more built to score,” he said.

The Spiders, who face VCU (9-3, 2-1 A-10) on Saturday at 1 p.m. at the Robins Center (televised by CBS Sports Network), so far have played their offensive roles well in a system that emphasizes all players touching the ball each possession. Golden and Cayo score inside. Burton scores from all spots and, occasionally, after offensive rebounds. Gilyard and Francis score primarily in transition and from the perimeter.

Each starter has hit at least one 3-pointer. Each gets to the free throw line on a regular basis.

The last Spider to average 20 or more points is now in the NBA. Official Curtis Blair, a Richmond-area resident, averaged 20.3 points as a senior during the 1991-92 season.

Richmond's Grant Golden: "... to be that offensive team that we know we can be, we need scoring from all levels. We need guys scoring inside. We need guys slashing. And we need our shooters knocking down shots.”