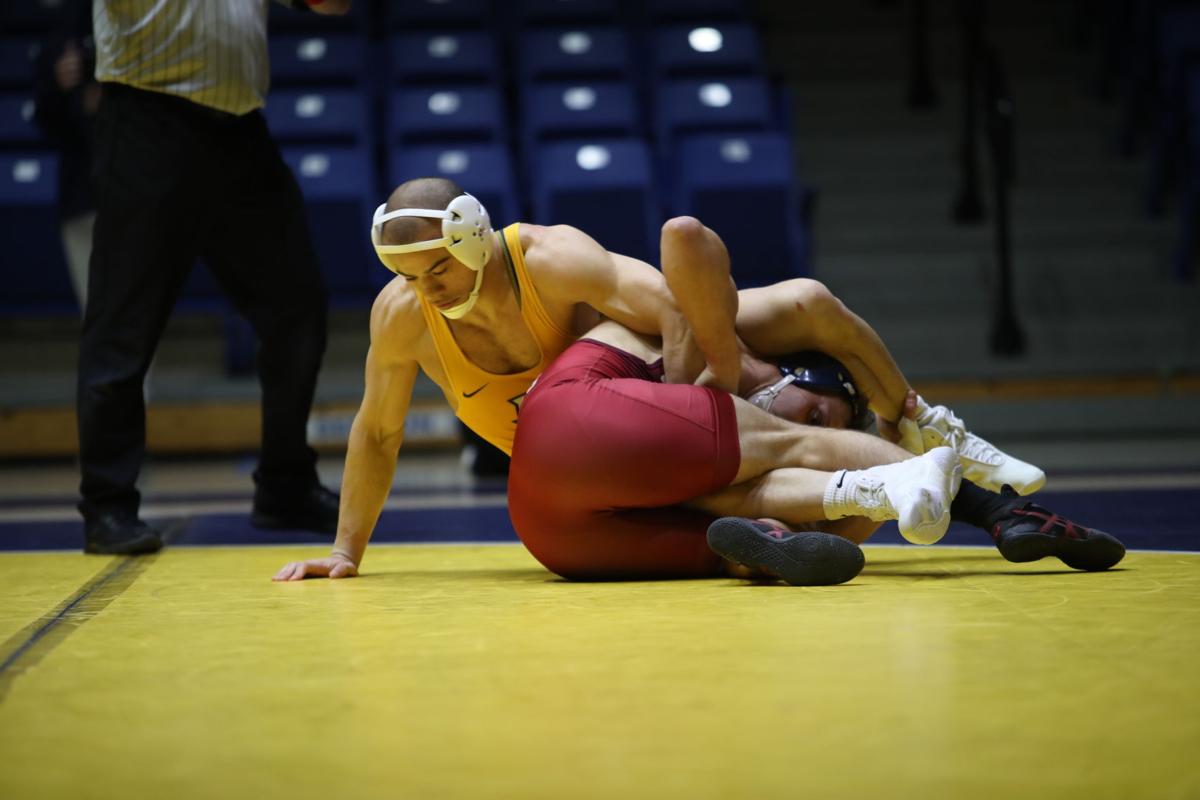 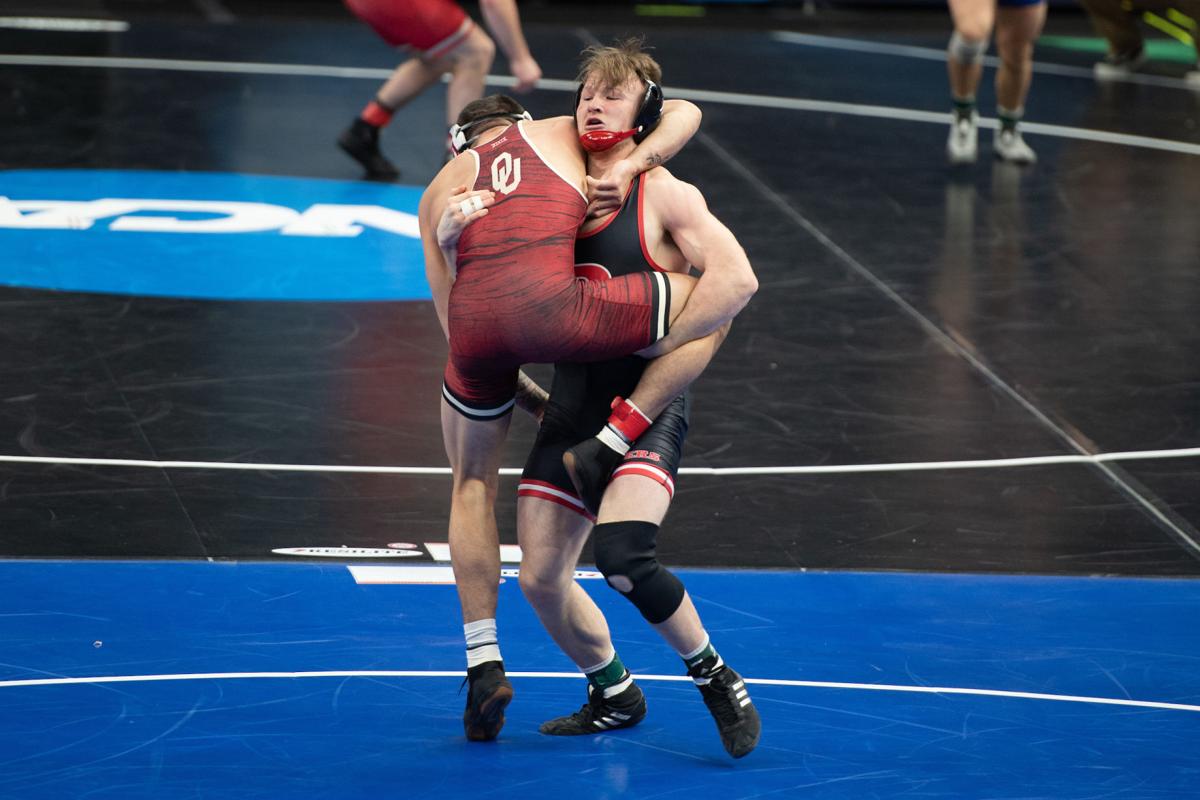 Averett’s Alex Turley (left), 26, is called “Uncle” and “Grandpa” by his teammates, who have helped by his experience. His younger brother Jackson finished eighth in the NCAA Division I championships for Rutgers. 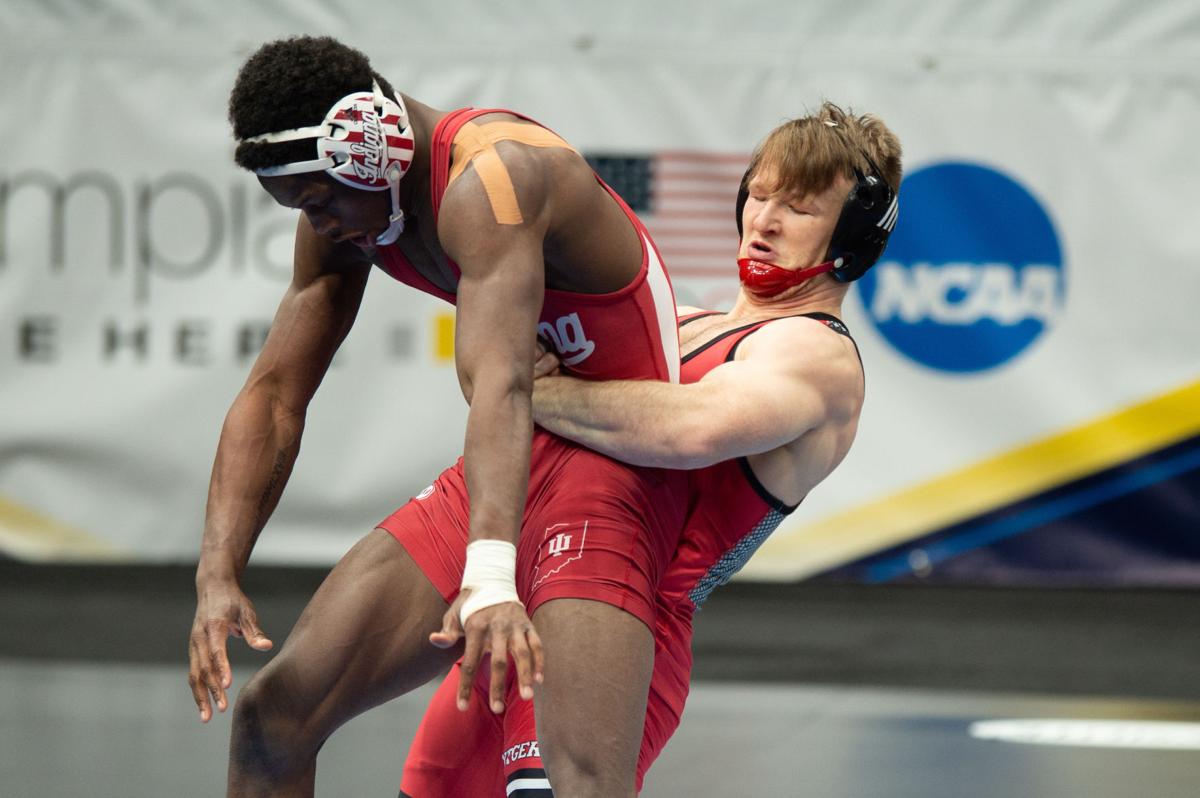 That Alex and Jackson Turley became college wrestling All-Americans isn’t much of a surprise. That they accomplished that feat in the same year is beyond eye-opening, when you consider Alex is six years older than his little brother.

Alex set the record for career wins and victories in a season at Thomas Dale High School, finishing fourth and fifth in the state in 2011 and 2012. Jackson got to high school four years later and won four straight state titles at St. Christopher’s.

In the years in between, Alex was out of wrestling, taking classes at William & Mary — where he considered walking onto the football team — and enrolling at a few community colleges. He graduated from John Tyler Community College in 2019, the same year Jackson joined Rutgers as a Division I wrestler.

In the offseason, during the pandemic, Jackson worked out and wrestled with his older brother, aiming to stay sharp for his return to Rutgers.

Alex found more than fitness and wrestling preparation in those sessions. He found a renewed passion for the sport.

“We knew we’d push each other because we’re brothers,” Alex said. “We’re going to be competitive. It’s always about trying to win or outdo the other one.”

That, combined with his desire to finish a four-year degree, prompted Alex to reach out to Averett coach Blake Roulo, a Petersburg native whom Alex had wrestled against in high school. The two met up for what turned into a two-hour dinner, discussing how it would work for a 26-year-old to join the Cougars’ program.

By the time their steaks were gone, the two were convinced the pairing would be a success.

“I was worried about the age difference coming in,” Roulo said. “He handled it like an adult. That’s what I dealt with all year — an adult.”

Sure, it led to his teammates calling him ‘Uncle’ and ‘Grandpa.’ But it also put him in a position to coach and mentor them on and off the mat.

“It’s kind of an interesting role, but it occurred naturally,” Alex said.

It helped his credibility that it didn’t take Alex long to regain the form that made him a star in high school. Alex needed all of 1:02 to win his first college match with a pin.

That’s how it started. It ended on the podium as the seventh-place finisher at 165 pounds at the NWCA national championships in Iowa, the event that took the place of this year’s canceled NCAA D-III tournament.

It showed Alex that a national title could be within his grasp.

“I knew the wrestling knowledge I have and my capability,” he said. “It was more of putting it all together and going out there and doing what I know how to do. Just fell a little short at the end.”

As Alex was working to regain his footing in the sport at Averett, Jackson was trying to establish himself in the Big Ten at Rutgers. Because of COVID-19 cancellations, the Scarlet Knights competed in only four conference dual meets, dropping them all.

As a nonstarter, Jackson had to wrestle his way into the draw at 174 pounds for the Big Ten tournament, where he finished ninth. He qualified for an at-large spot in the Division I NCAA championships, but lost his first match to Ohio State’s Kaleb Romero.

That dropped Jackson into the wrestle-back bracket. It also reminded him of the way he needed to approach matches to be successful — free-wheeling, loose and aggressive.

“You only get one more chance,” Jackson said. “I loved it. I loved that pressure. It was something I kind of felt in my first two or three matches. Those backside matches, I could see in my opponents eyes, they weren’t there, they weren’t ready for me.”

Like his brother, Jackson had a reputation in high school as a pin artist, unafraid to take chances to end matches with pins. He won four straight matches, recording a pair of pins, before a knee injury forced him out of his consolation quarterfinal match with Michigan’s Logan Massa.

“I could tell he wasn’t done wrestling for sure,” Rutgers coach Scott Goodale said. “He wasn’t planning his matches. He was like, I’m just going to let it fly. I would say this to him before very match. Just be really dangerous. … We knew where he was in the bracket, that he could do some damage if he got rolling. And he did.”

Like his older brother, Jackson viewed his eighth-place finish at the NCAA Division I championships — an effort that made him the area’s first D-I wrestling All-American in at least two decades — with more than a tinge of disappointment.

“I’m still not satisfied or fulfilled whatsoever,” he said. “Eighth place at a tournament? That’s just weird. I’m not happy with it. I look at all the kids who placed in front of me. I can beat all those kids. My next goal is pushing for that national title.”

Jackson and Alex will work together again. Alex plans a trip to New Jersey next month and then the duo will be together in Richmond during the summer. Then they’ll return to their campuses with their sights set on more.

“We’re both All-Americans, but we both want to be at the top of the podium, so we know there’s a little more work to be done,” Alex said. “There’s another level here we can get to.”

They’re years and miles apart. But they’ll go together.

Averett’s Alex Turley (left), 26, is called “Uncle” and “Grandpa” by his teammates, who have helped by his experience. His younger brother Jackson finished eighth in the NCAA Division I championships for Rutgers.