Teel: Whit Babcock remembers his dad as larger than life, but with a fun side, too
0 comments
Share this
1 of 2 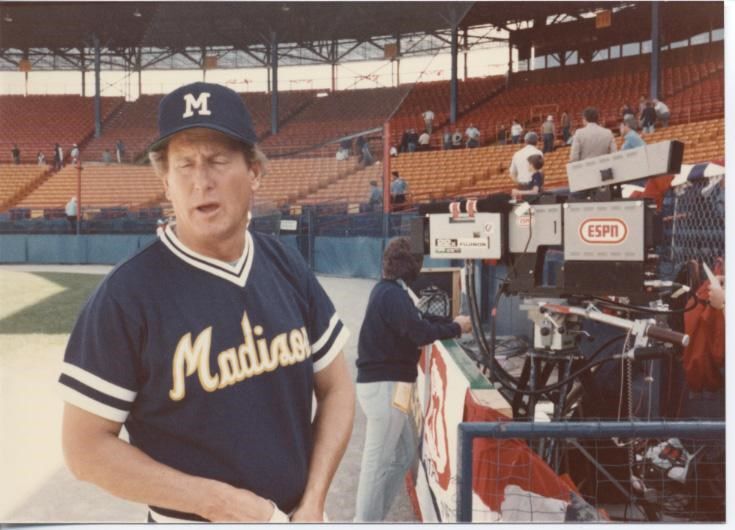 Brad Babcock and James Madison caught the attention of a national audience and ESPN cameras during the Dukes’ run to the 1983 College World Series. 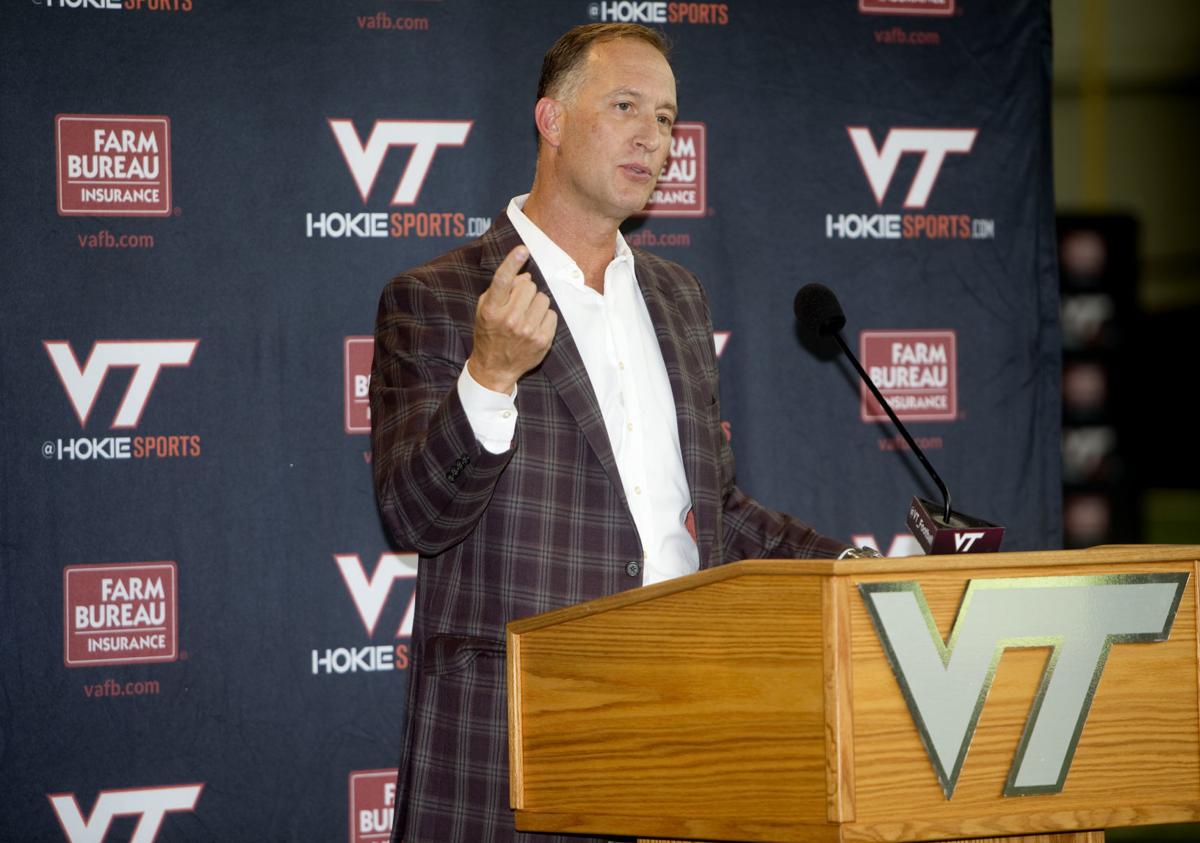 “Any time you have to eliminate positions or [enact] pay cuts, it’s not a lot of fun, but we felt like if we were going to ask everybody else to sacrifice, we better put our own skin in the game,” Virginia Tech athletic director Whit Babcock said.

Whit Babcock’s Virginia Tech bio is incomplete. Yes, as noted in media guides and online, the Hokies’ athletic director earned his chops at various career stops in fundraising, marketing, promotions, ticket sales and the like. But that ignores his roots.

For that foundation, for that appreciation of everyone in the enterprise, Babcock can thank his dad.

“He shaped my whole life, whether I realized it at the time or not,” Babcock said Thursday. “But I know it now.”

Brad Babcock died Tuesday at age 81, his only son and other family at his hospital bedside. He was a revered baseball coach, firm administrator and popular teacher at JMU, none of which he aspired to do.

A football, basketball and baseball athlete at Appomattox County High, and a baseball shortstop at Lynchburg College, Babcock dreamed of coaching football. Fate had other ideas.

He arrived at JMU in 1971 to assist football coach Challace McMillin with the program’s 1972 launch. But Babcock quickly proved too adept at his side hustle, steering the Dukes’ equally fledgling baseball program.

JMU upgraded its teams to Division I in 1976-77, and six years later, Babcock’s team, headlined by players such as Jim Knicely, Steve Cullers and Jeff Kidd, was in the College World Series, an ascension stunning for its scope and speed.

Then 12, Whit served as the Dukes’ batboy for the NCAA regional in Chapel Hill, N.C., and the CWS in Omaha, Neb., a son sharing in his father’s signature professional moment from mere feet away. That’s rare, and to be cherished.

“That was a true fairy tale,” Whit said. “I thought those guys were the New York Yankees, man, and they won a lot of games.”

If they were the Yankees, then Coach Babcock was? He was fiery like Billy Martin but certainly didn’t brawl with his players. He could be folksy like Casey Stengel and Yogi Berra but wasn’t yet a grandfatherly figure. He was calculating like Buck Showalter and Joe Torre.

“He fathered as a coach,” Whit said. “He didn’t really take second opinions. That role fit him. … He could be tough on ya, now. It was a tightly run household.”

While Brad traveled, his then-wife, Brenda, took care of Whit and his younger sister, Gini. When home, he eagerly played catch, hunted and fished with his son.

At Whit’s baseball and basketball games, Brad sat quietly, often by himself. Still, Whit felt “immense pressure” to impress a man he considered larger than life.

Indeed, though not huge physically, Brad had a presence, as I learned in the spring of 1980.

Assigned to preview JMU’s baseball season for the student newspaper, I found myself sitting with him in the Dukes’ dugout, a rather intimidating encounter for a cub reporter. Early in our conversation, he made clear who was in charge.

With all the precision of a pitcher painting the outside edge at the knees, Babcock spit tobacco juice — Red Man was his chew of choice — on my right tennis shoe.

Our eyes met, and he smiled first. Then we both cracked up.

Upon learning that he was an AD candidate at Virginia Tech, I texted Whit, then the athletic director at Cincinnati. By way of introduction, I shared the tobacco story.

The Times-Dispatch’s John O’Connor recalls similar mischief from his own playing days at Richmond, Brad in the third-base coaching box impishly tossing pebbles at him while he patrolled third base for the Spiders.

The last of Babcock’s 19 years coaching JMU was 1989. His teams went 558-251-4 (.689 winning percentage), reached five NCAA tournaments and endured just one losing season, that in 1972. Moreover, during his tenure, the Dukes had a winning record versus every Division I program in Virginia, including 14-11 against UVA, 11-10 versus Virginia Tech and 17-14-1 against Old Dominion.

“I absolutely believe growing up in the household of a successful head coach pays dividends today,” said Whit, a freshman reserve on his dad’s final team. “I never wanted to get into coaching. That wasn’t my love, and he used to come home after a tough day and say, ‘Lord have mercy, Whit. Don’t get into coaching because the fate of your job is in the hands of 18-year-olds.’

“I hope I would be considered a coaches’ AD, and I believe understanding things from their perspective is very helpful.”

I last saw Coach Babcock three years ago at Tech’s introductory news conference for baseball coach John Szefc. He was as feisty and gregarious as ever, trading old stories with former Hokies coach and rival Chuck Hartman.

Some of those tales may have even been true.

Babcock was among the pioneer coaches who during the 1970s and ‘80s showed all that JMU athletics could, and would, become. Betty Jaynes and Shelia Moorman in women’s basketball, and Lou Campanelli in men’s basketball; McMillin in football and Bob Vanderwarker in men’s soccer; Lee Morrison in field hockey and administration.

Brad Babcock transitioned into administration after coaching and also taught graduate-level kinesiology classes, the latter without a textbook. Throughout, he remained in touch with former players, the relationships coaches always come to treasure, realizing the lasting impact they made on young people.

“It was nice to see him later in life,” Whit said, “probably like a lot of fathers do, soften up a little bit. … To see him evolve into a teacher and a grandfather and take probably more joy in my career, that was really fun to see.”

“He never stopped coaching or giving me advice,” he continued. “Some I would listen to and some I wouldn’t, but he didn’t mind giving it to you.”

Brad Babcock and James Madison caught the attention of a national audience and ESPN cameras during the Dukes’ run to the 1983 College World Series.

“Any time you have to eliminate positions or [enact] pay cuts, it’s not a lot of fun, but we felt like if we were going to ask everybody else to sacrifice, we better put our own skin in the game,” Virginia Tech athletic director Whit Babcock said. 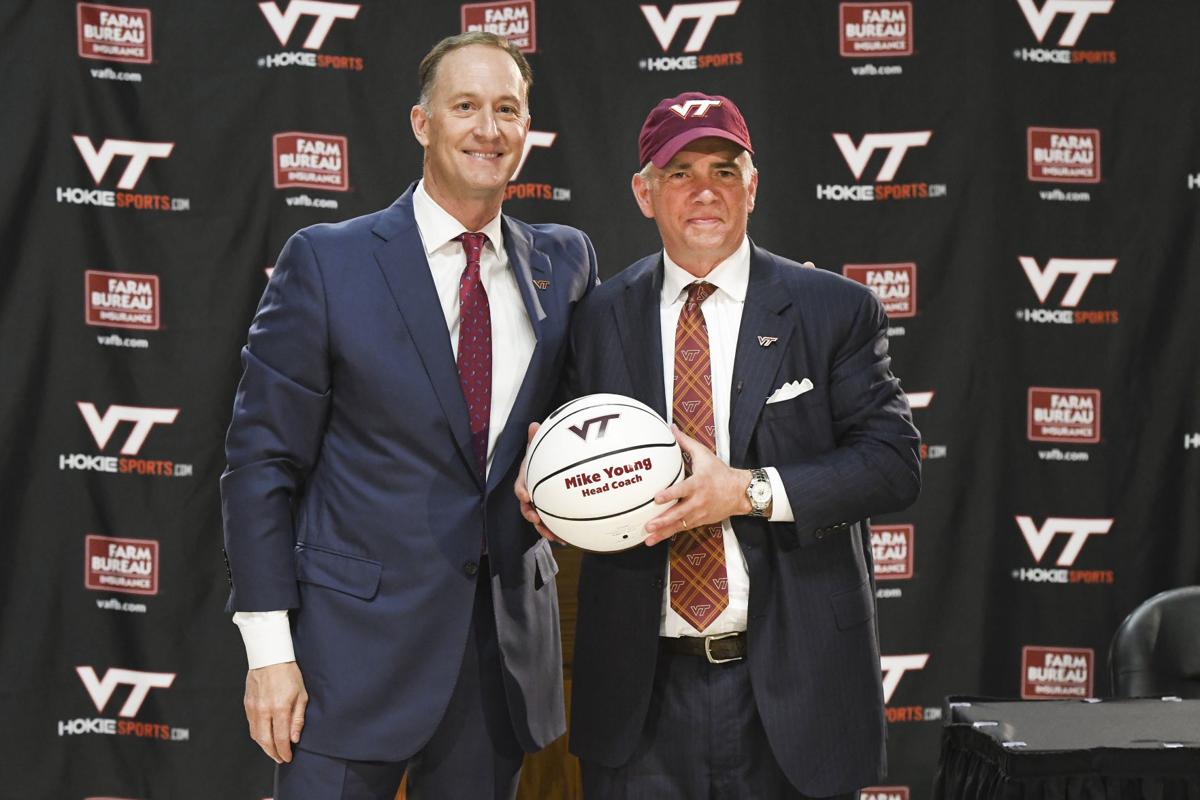 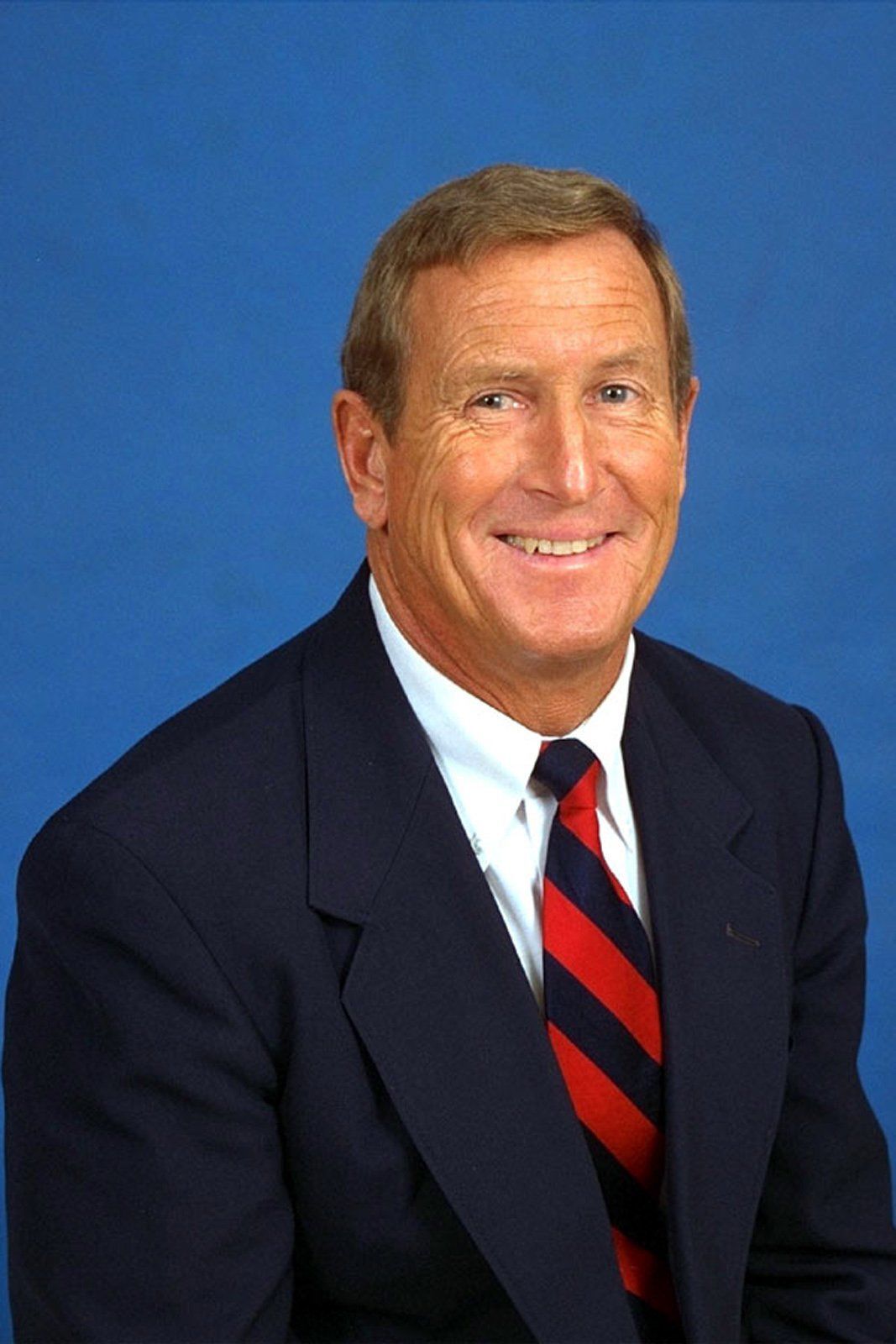