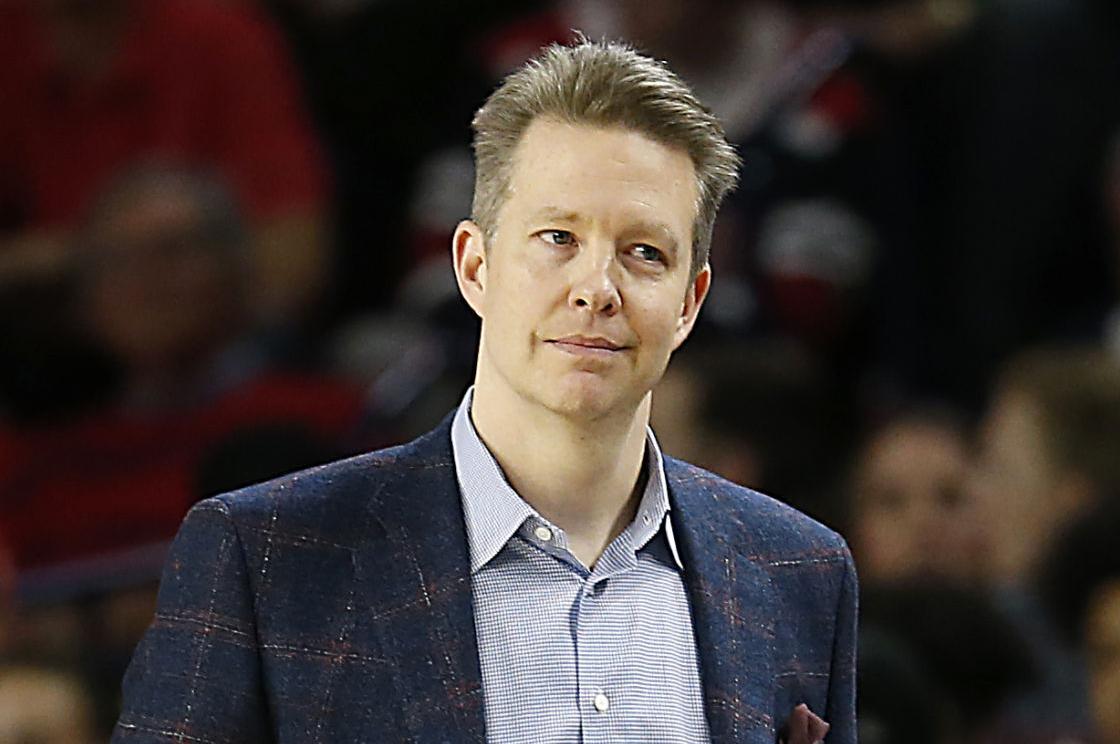 Chris Mooney enters his 16th season as the University of Richmond’s basketball coach. 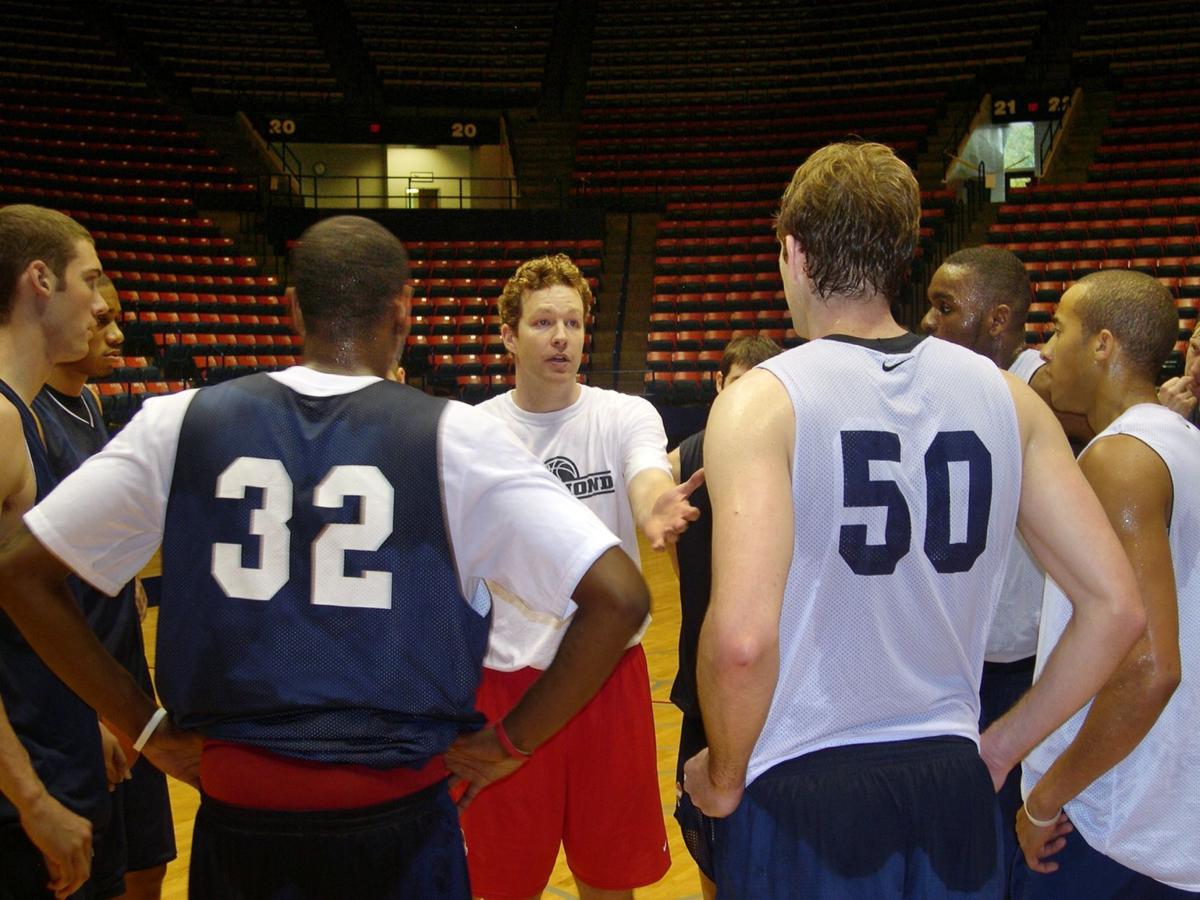 The 2005 Spiders won 13 games in their first season under Chris Mooney, mostly without any guards. 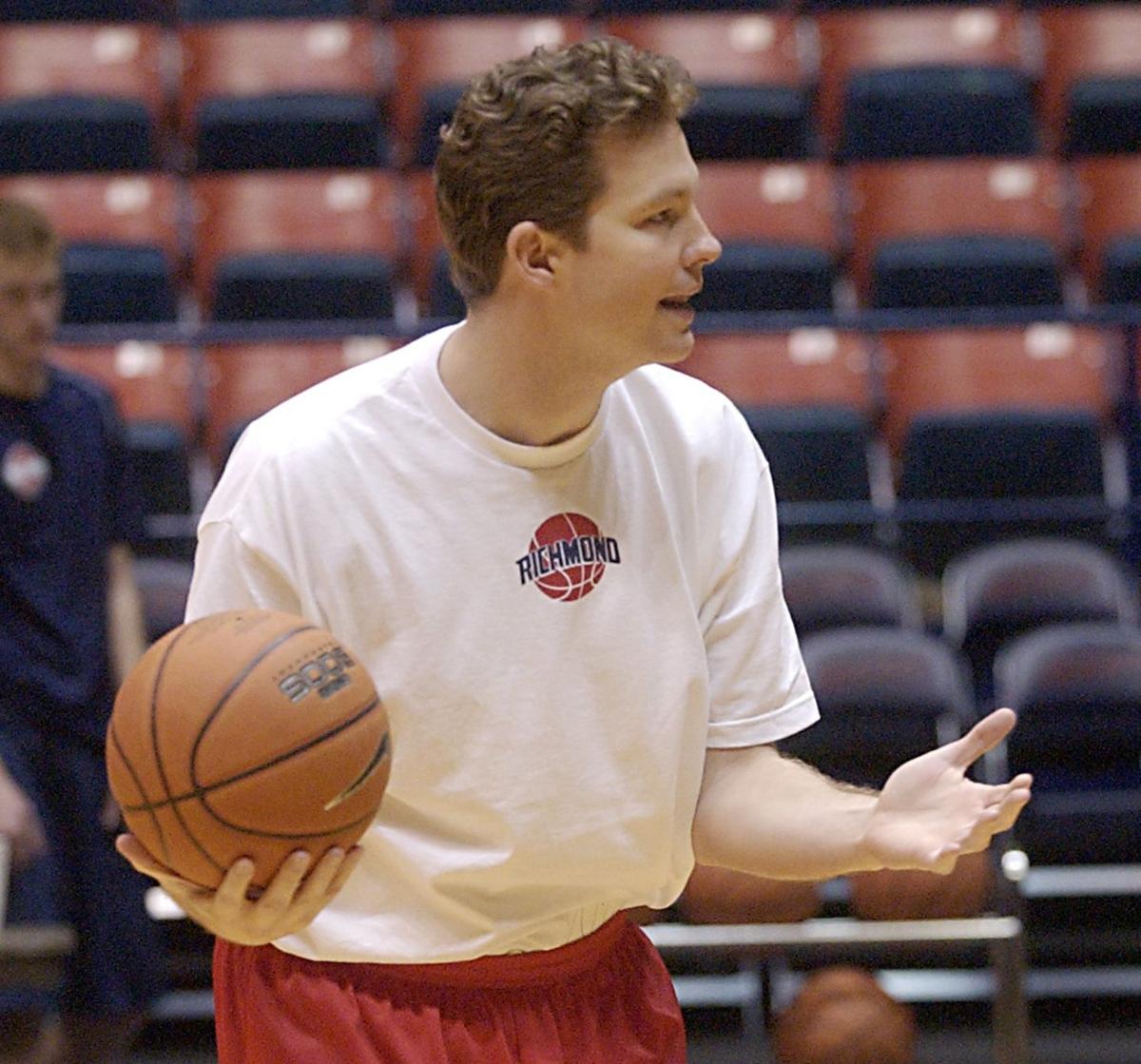 Chris Mooney made a point to his players during a 2005 practice at the Robins Center. 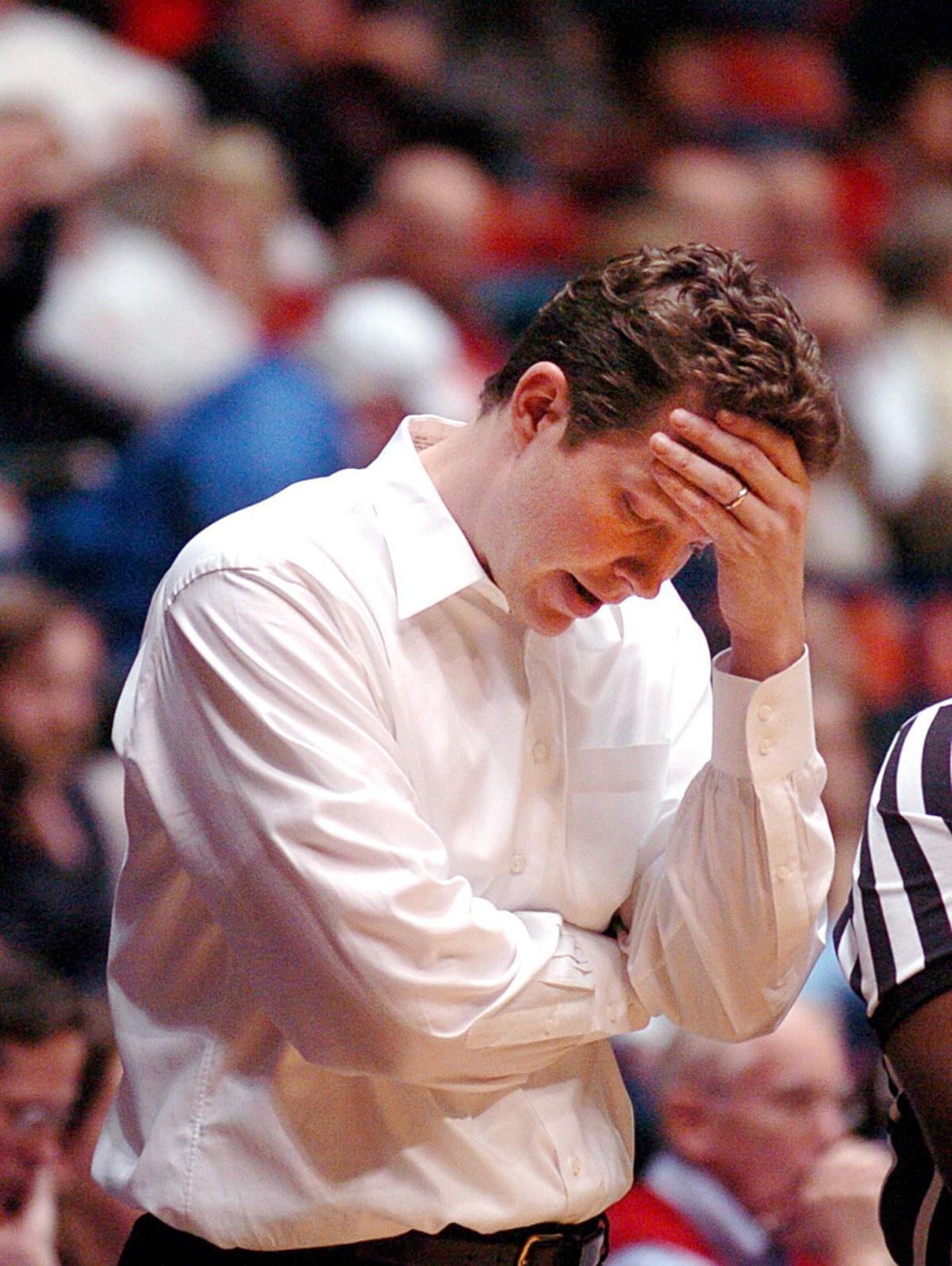 Chris Mooney’s up-and-down UR tenure has paved the way for a team expected to compete for an A-10 title.

Chris Mooney turns 48 Friday. At this time 15 years ago, he was preparing for his first season as the University of Richmond’s basketball coach with one of the most unusual teams in modern UR history.

The Spiders had no guards, essentially.

At 32, Mooney in May of 2005 replaced Jerry Wainwright, who left Richmond for DePaul. Three guards who were regulars on Wainwright’s final UR team separated from the program because of academic or discipline problems. Two backcourt signees failed to academically qualify for admission.

Oumar Sylla, a 6-foot-7 transfer from Valparaiso who was brought in by Wainwright, became the primary ball-handler on Mooney’s first team, which was pressed a lot.

The Spiders started the year with 10 scholarship players and were down to seven healthy ones by season’s end. Behind a pair of quality seniors, 6-7 Jermaine Bucknor and 6-11 Kevin Steenberge, UR salvaged a 13-17 finish (6-10 A-10). Among 326 Division I teams, Richmond ranked No. 325 in scoring (52.1 ppg). Five times, the Spiders failed to reach the 40-point mark.

Welcome to Virginia, coach Mooney. Shall we keep the car running for you?

Despite the rocky start, the Mooney/UR relationship developed into an enduring bond.

“When I was offered the job, I was so excited because I thought that Richmond would be the kind of place that you didn’t need to leave,” said Mooney, a Princeton graduate from Philadelphia. “Even if you were lucky enough to get opportunities elsewhere, you wouldn’t have to take them, whereas some other places aren’t as much like that.”

Mooney’s recruiting improved the Spiders — they made the NCAA tournament in 2010 and 2011 — and then poor recruiting intertwined with attrition sent them backward before last season’s resurrection.

Richmond, which was in position before the March shutdown of college sports to capture its first NCAA tournament bid since 2011, is expected to be ranked among the top two in the A-10 preseason poll.

Mooney’s situation now is quite different that mid-February of 2019, when an electronic billboard located next to one of the Richmond area’s busiest interstate highways displayed this message sponsored by an anonymous group:

Richmond was in the midst of its second consecutive 20-loss season, and afterward, Mooney said, “We recognize that there’s a standard for Richmond basketball that we have not met. We need to play well and have our play result in success. I think there’s pressure, and I think it’s healthy.”

A proud program with nine NCAA appearances and two trips to the Sweet 16 (1988 and 2011) has risen, with the $15-million Queally Athletics Center, a basketball-support facility, scheduled to open this fall.

“With (Mooney’s) continued leadership, I believe that we are on track and heading in the right direction to building and maintaining a championship-caliber program at Richmond,” said Hardt.

Mooney interviewed at Boston College in 2010, and Georgia Tech came calling in 2011. Seton Hall, of the Big East, investigated Mooney in 2010.

Whenever there was a fork in the road, Mooney felt comfortable enough at Richmond to stay.

“I love Richmond. I love it for my family. I love what the university is about, the people that we work with, and the potential that we have,” he said.

Chris Mooney enters his 16th season as the University of Richmond’s basketball coach.

The 2005 Spiders won 13 games in their first season under Chris Mooney, mostly without any guards.

Chris Mooney made a point to his players during a 2005 practice at the Robins Center.

Chris Mooney’s up-and-down UR tenure has paved the way for a team expected to compete for an A-10 title.