The pause in the realm of college sports has given University of Richmond field hockey coach Jamie Montgomery ample time to take care of her now 8-month-old son, David. 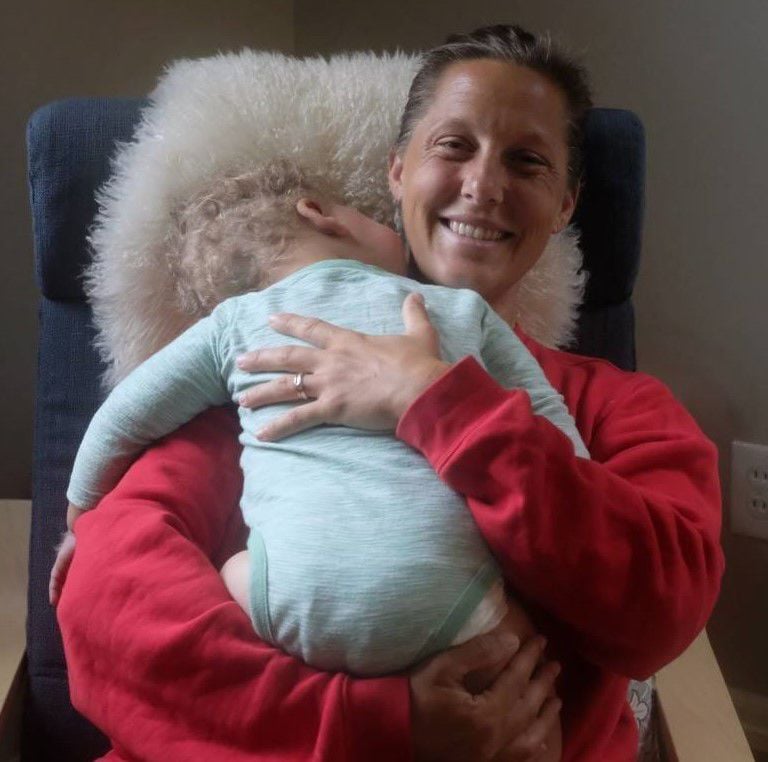 Jamie Montgomery, on Friday morning, with her son, David. 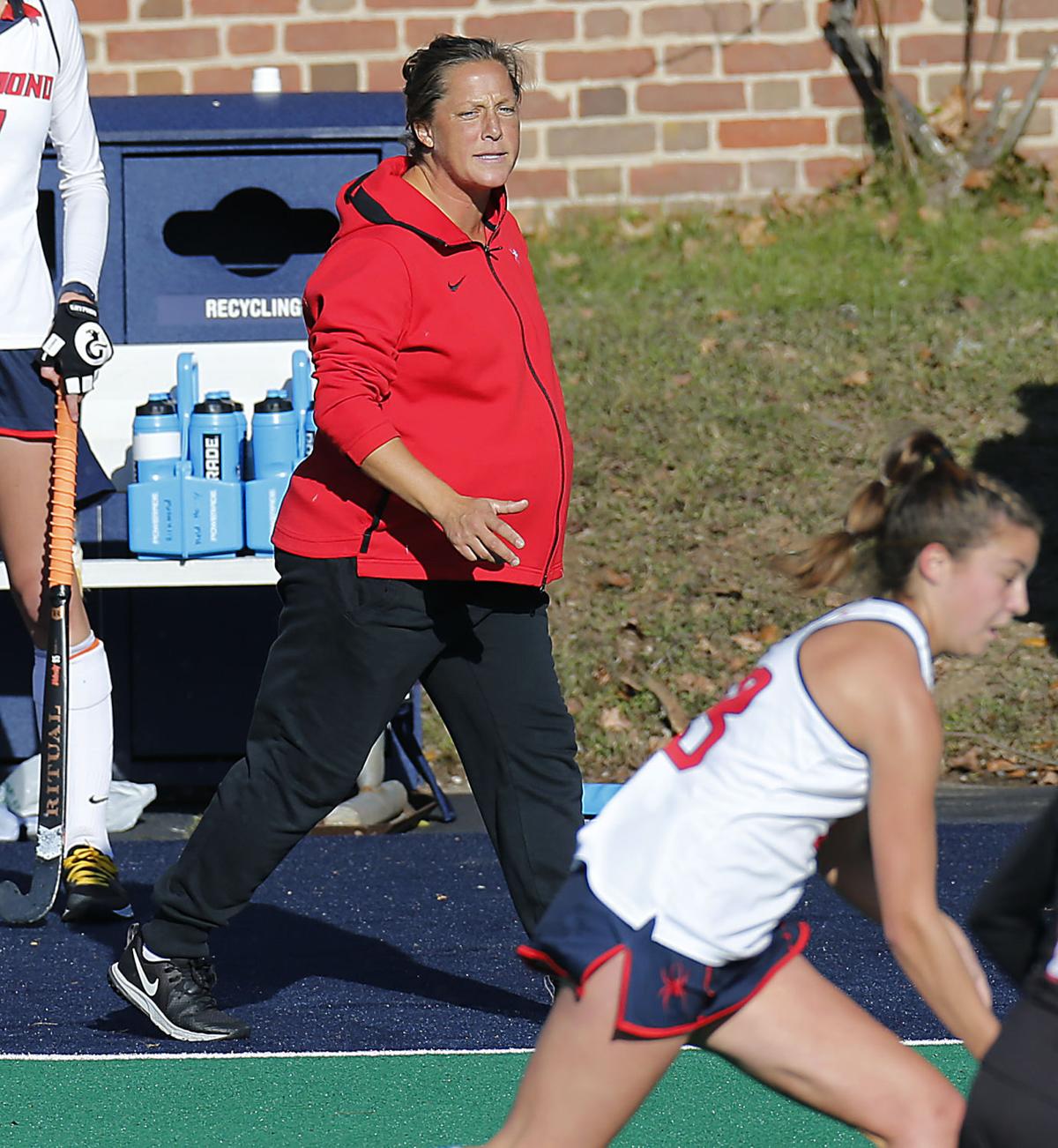 Jamie Montgomery coached the Spiders in the Atlantic 10 field hockey tournament at UR in November.

Through a 15-minute phone interview, the voice of University of Richmond field hockey coach Jamie Montgomery rose above delightful background noise. Her 8-month-old son, David, added commentary to her responses.

Sift through this gripping pandemic and there are silver linings, such as enhanced mother-and-child time for a coach who wouldn’t have experienced as much of it.

Among Montgomery’s recent discoveries about David:

“Interest in electrical sockets is high,” she said. “We’re figuring out how to avoid those.”

The Spiders’ 2019 field hockey season concluded on Nov. 9 with a 1-0 loss to Saint Joseph’s in the championship game of the A-10 tournament. Montgomery gave birth on Nov. 26. She was her usual, active self on the Richmond sideline through the entirety of the season.

“Interestingly, the two weeks after the season ended were some of the hardest, mostly because everything slammed on the breaks (with UR field hockey) and I was pretty conscious of the fact that I was pregnant,” said Montgomery. “During the season, staying moving, staying up with the girls, and really being kind of immersed in the hockey side of things made the pregnancy just part of the whole, not the main thing, which was really nice.”

Montgomery, a Collegiate graduate in her third year as UR’s coach, intended to take maternity leave offered by UR and return to full-time work following spring break. The national health crisis caused the NCAA to suspend college sports in mid-March.

In terms of field hockey, offseason drills and conditioning were not possible at UR, and neither were recruiting or camps for coaching staffs. High school sports shut down, as did offseason competition. Montgomery maintained her work responsibilities as a program leader, but there was more time at home to observe and mother her first-born child.

“It’s been wonderful, because I have been able to be front and center in all of the progress that babies make in the first months of their lives,” said Montgomery. “One day they’re crawling, and then the next day, they’re standing up, and you think, ‘How did that happen so fast?’

Montgomery and her assistants have kept in regular contact with their players and tried to provide structure and guidance as uncertainty grew regarding the possibility of a 2020 fall season.

The A-10 announced on July 17 the postponement of all 2020 fall sports. The league plans to play those sports during the spring semester. Before then, the A-10 in mid-September will examine the possibility of truncated conference schedules if the health risk is substantially reduced.

The Spiders’ field hockey plan at this time is to start conditioning a week or so after school resumes on Aug. 24, and later commence with more organized, sport-specific activities.

“As with everything within this pandemic, it’s a shifting of (positive developments). Initially, it was supposed to preseason practice. Now that’s off the table. So now, conditioning and training together, and eventually, team practices and that sort of thing,” said Montgomery.

The pause in the realm of college sports has given University of Richmond field hockey coach Jamie Montgomery ample time to take care of her now 8-month-old son, David.

Jamie Montgomery, on Friday morning, with her son, David.

Jamie Montgomery coached the Spiders in the Atlantic 10 field hockey tournament at UR in November.