Subscribe
Read Today's E-Edition
Share This
Knack for drawing fouls: VCU getting to free throw line at a high clip this season
0 Comments
Share this
Presented By 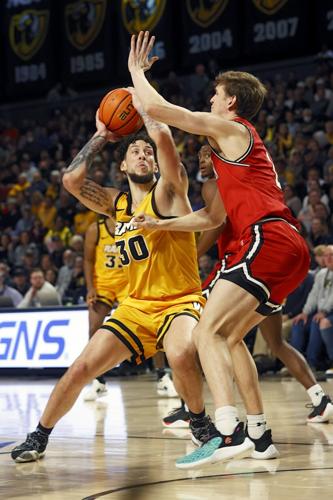 Michigan transfer Brandon Johns Jr. is shooting 79.5% from the free throw line for VCU, which is finding considerable success at the charity stripe this season. 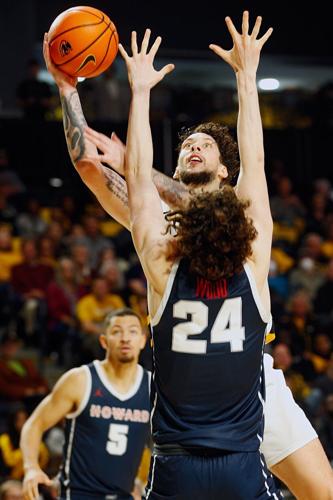 VCU’s Brandon Johns, Jr. (No.30) shoots during the second half of Sunday night’s game against Howard at the Siegel Center on December 11, 2022. EVA RUSSO/TIMES-DISPATCH

On one possession with less than 8 minutes remaining against Richmond on Friday, VCU forward Brandon Johns Jr. got the ball on the wing. He dribbled to his right into the lane, tried to make a move, then found Jamir Watkins cutting along the baseline for a layup, a foul and a 3-point play.

On the Rams’ next possession, Johns got the ball about 18 feet from the basket. He again drove to his right and into the lane, reversed to his left, drew a shooting foul and made both free throws.

They have guys adept at driving the ball to the basket. And they can draw fouls inside.

VCU has five players who have taken at least 61 foul shots – and another who has taken 44.

VCU ranked 205th in attempts last season. Rams coach Mike Rhoades said the jump this year is a combination of the type of players VCU has and an emphasis during the offseason.

“But No. 1 is it’s the players we have,” he said. “We have some guys who are just downhill players, guys who can get by their man off the dribble or off the rip. And then guys who are pretty strong and athletic getting off their feet, being able to finish through people or drawing fouls.”

“Some years you have guys who have a knack to draw fouls,” Rhoades said. “We have a few of those guys for sure. But I think our pace, I think the emphasis of really attacking the paint and attacking the rim …

VCU hasn’t drawn as many fouls in A-10 play (18.1 attempts per game), but the line could be a factor against Mason.

The Patriots shoot 47% overall from the field and 36.8% on 3-pointers – both second in the league. But they shoot 63.5% on free throws, the conference’s lowest percentage.

“They have some great pieces, and Oduro is a heck of a player,” Rhoades said. “He’s a double-double machine. … He’s really improved. The way he moves, it’s really hard to guard him one-on-one at different spots on the court. He’s expanded his game. ...

“They can play big and be real physical. They can play with four guards with Oduro and really stretch you out. They have some guys shooting the 3-pointer really well. It’s a team that can spread you out and put you in some tough spots defensively. We’ve got to make sure we guard them at a high level knowing that they’re going to make some plays and Oduro is going to score. We’ve got make it really hard.”

Notes: Robby Robinson, the voice of the Rams, is set to call his 500th VCU men’s game. Robinson, who serves as director of business development for VCU Sports Properties, has been calling Rams games since the 2008-09 season. … Mason freshman guard Justyn Fernandez played at Monacan High and Virginia Episcopal before going to IMG Academy in Bradenton, Florida. He’s averaging 3.1 points in 9.7 minutes. … The Patriots are 8-23 on the road against the Rams but have won three of the past five games at the Siegel Center.

A nonstarter? Not a problem as VCU's productive bench keeps things rolling

They might be “points from bench” on the stat sheet. But that’s really not a good description for the contributions of several players who cou…

The school plans to hand out 500 stick-on 'staches to students and 500 to other fans for St. Bonaventure’s visit to the Siegel Center.

Each year, the All-Metro Player of the Year honors recognizes outstanding football seasons by area athletes.

Michigan transfer Brandon Johns Jr. is shooting 79.5% from the free throw line for VCU, which is finding considerable success at the charity stripe this season.

VCU’s Brandon Johns, Jr. (No.30) shoots during the second half of Sunday night’s game against Howard at the Siegel Center on December 11, 2022. EVA RUSSO/TIMES-DISPATCH