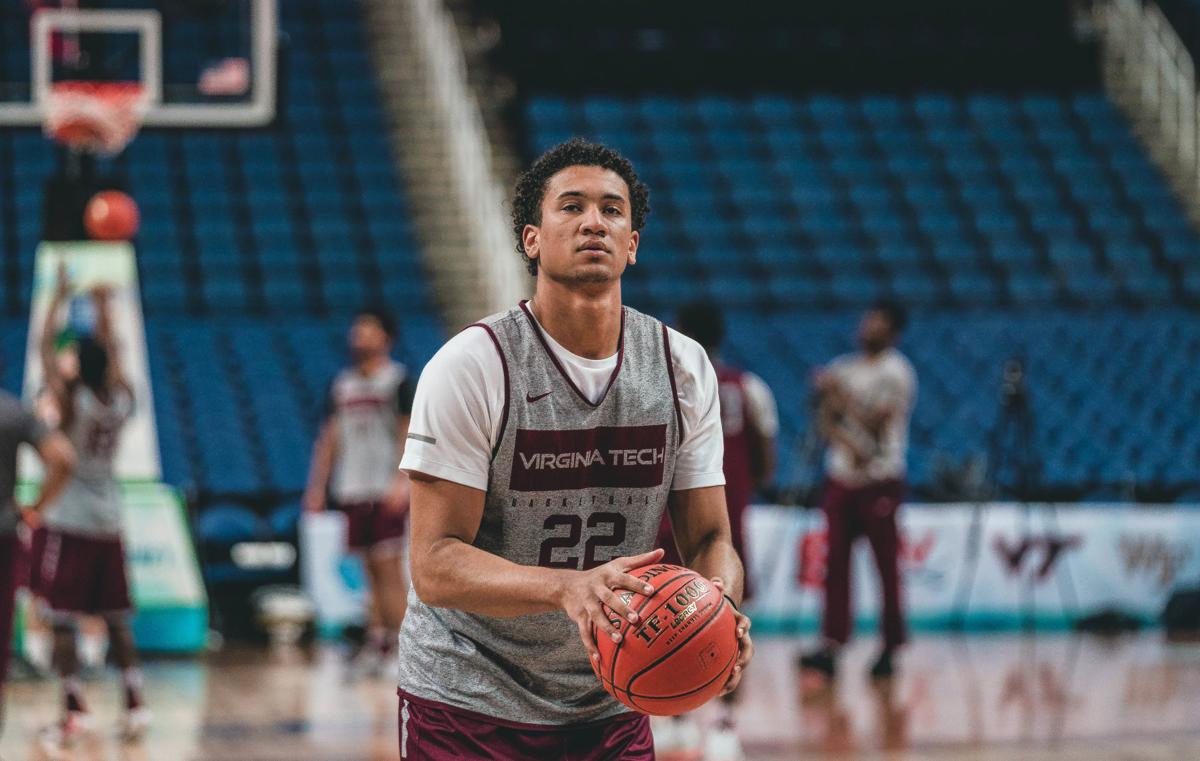 Keve Aluma grew up wanting to be a soccer player. But at 6-foot-9, his high school’s basketball coach kept recruiting him to try his hand at hoops. After transferring from Wofford, he sat out the 2019-20 season. 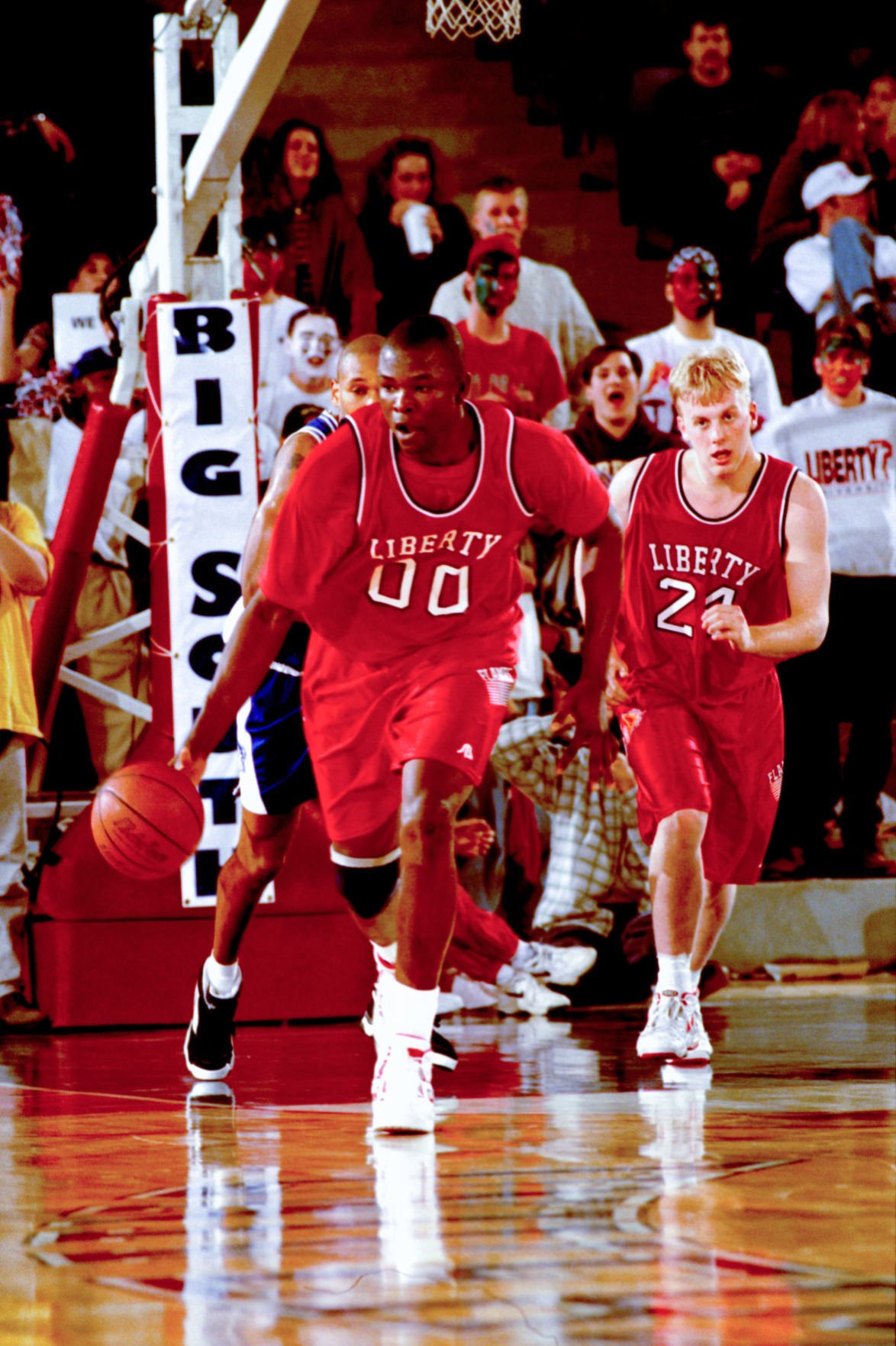 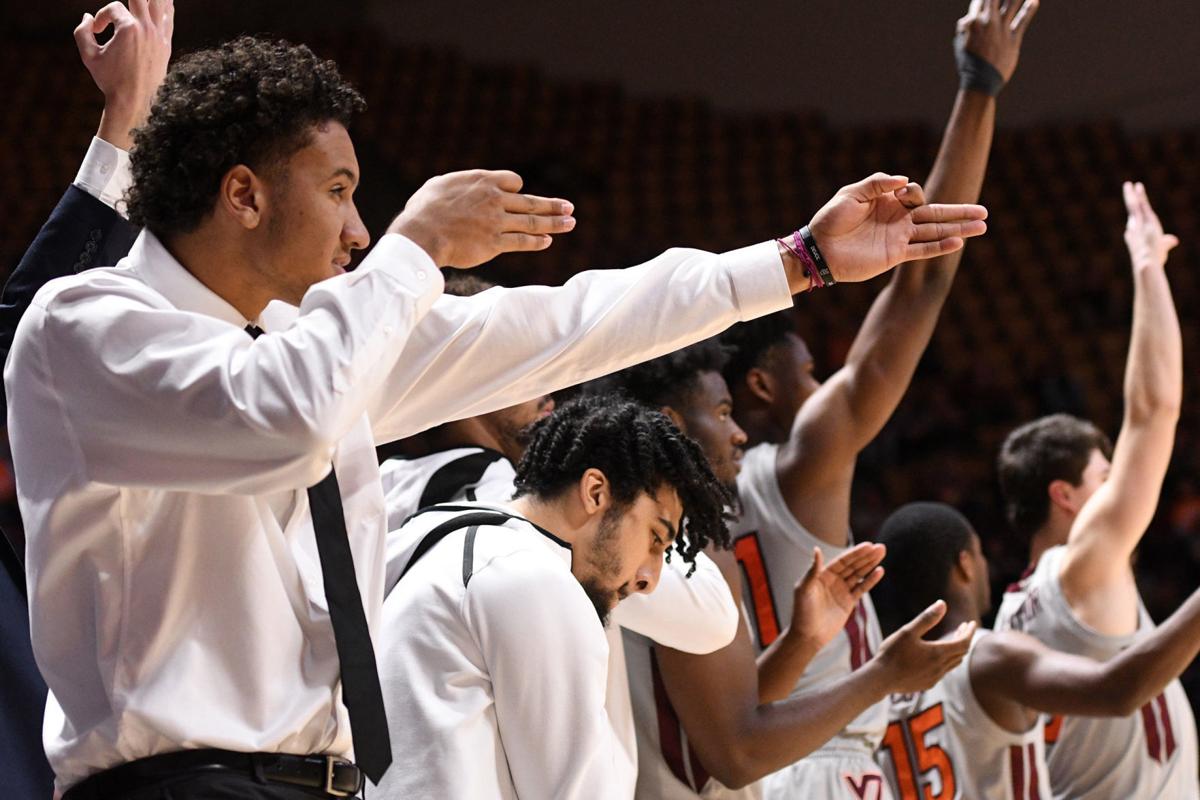 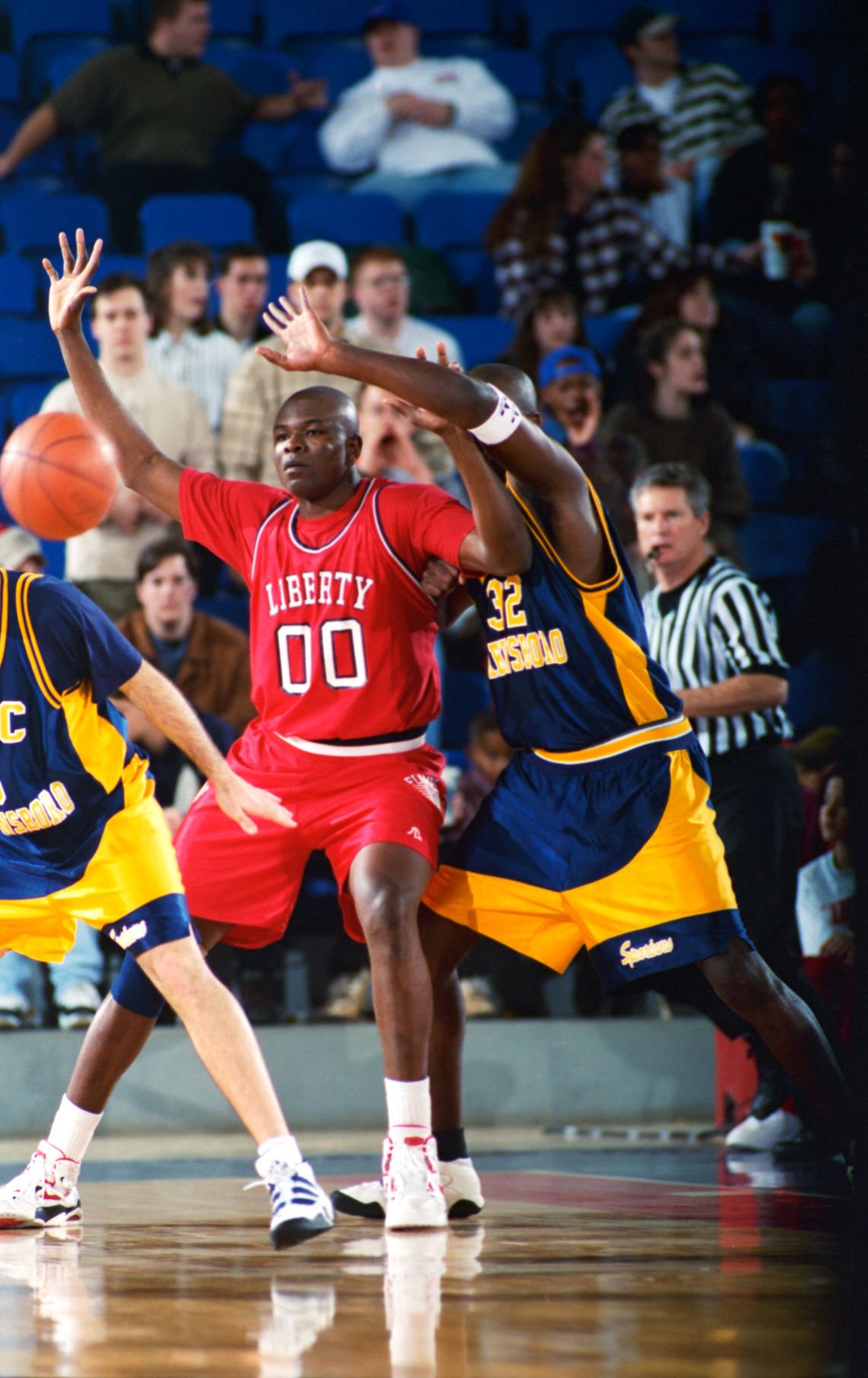 In 1999, Byron Johnson became the head basketball coach at Stephen Decatur High School on Maryland’s Eastern Shore. He can recall being called down to the main office because he had a visitor.

“I go down to the office and this giant of a man is there waiting to talk to me,” said Johnson. “He said, ‘I just moved to the area and I’d like to get involved with basketball.’”

The two men spoke for a bit, then the man left. Johnson never saw him again.

It’s a fact that remained trivial and mundane until about a decade later, when that man’s son, Keve Aluma, became one of Johnson’s most successful basketball pupils ever.

If he had, he would have witnessed a case study in nature over nurture.

Peter Aluma, who died suddenly in February at age 46, wasn’t involved in his son’s basketball education. Keve, now a junior at Virginia Tech, has only seen a few videos of his father’s college exploits at Liberty, where he was a two-time all-conference player for the Flames.

The elder Aluma spent much of those years living in California, where he was residing when he died. Yet, seemingly inevitably, the younger Aluma followed in his father’s athletic shoes.

“Me and my biological dad were not that close, honestly,” said Keve Aluma, who said he grew up calling his stepfather, Bruce Copeland, dad. “I’m not sure how our games relate. I’ve seen a few clips but besides that haven’t seen much of how he played.”

The 6-foot-9 Keve Aluma had grown up more enthralled by soccer, cheering for Italy’s Andrea Pirlo, playing center back at Decatur — two seasons on the junior varsity and one with the varsity — and playing the popular FIFA video game.

Johnson first laid eyes on him as an eighth-grader.

“He walked through where we were signing kids up,” said Johnson. “But he had no interest in basketball.”

Then, when Aluma was a freshman at Decatur, Johnson noticed him again in the hallway outside his classroom.

“I said to myself, ‘I’ll be damned if I’m going to let him keep walking by me without at least inviting him into the gym,’” said Johnson.

So they went to Decatur’s basketball court. Aluma, not even wearing basketball shoes, captivated Johnson with his raw athleticism.

“He barely jumped and he grabbed the rim with both hands,” said Johnson.

Aluma’s heart was on the soccer pitch, but Johnson tantalized Aluma and his mother, Bethany Copeland, with the prospect of the boy turning his raw athleticism and work ethic into a college scholarship.

Aluma gave in and then gave his all to basketball for the next four years, becoming a star at Decatur and earning a scholarship offer from coach Mike Young at Wofford. After two years with the Terriers for Aluma, and 30 at the small South Carolina school for Young, the duo both made the move to Blacksburg.

Young guided a young and inexperienced Hokies roster to a 16-16 year, while Aluma had to sit out under NCAA transfer rules.

Practices became his de facto games, although Aluma said he found himself holding back at times, cognizant of the physical grind the season was proving for Tech’s thin squad. All the while, he continued to soak in Young’s basketball knowledge.

“His mind for the game, I hope that one day I can see the game half as well as he does,” said Aluma.

That was the challenge his father faced decades earlier, mastering the strategy and positioning of the game to full take advantage of his considerable but raw physical talents.

Peter Aluma came to the United States in 1993, immigrating from Nigeria after being recruited by former Liberty coach Randy Dunton.

The 6-foot-10 center played part of one season in the NBA, then played overseas and with the Harlem Globetrotters. He coached a season at Jefferson Forest High School near Lynchburg in 2002-03, and was inducted into Liberty’s Hall of Fame in 2018.

Peter Aluma struggled with weight gain in recent years before his death.

“Peter grew up in a home that was cinderblock with no windows or doors,” said Dunton. “His self-determination made his life better.”

Dunton said Peter Aluma’s “body blossomed” almost immediately after taking advantage of the dietary and strength and conditioning options at a Division I school. But the coach also said Peter Aluma had natural abilities he brought with him when he crossed the ocean from Nigeria to the States.

“He was an enforcer. He had a great sense of timing on blocked shots. Phenomenal,” said Dunton. “Some of those things are gifts. You can’t teach the timing of shot blocking that Aluma had.”

It’s impossible to miss the similarities in Dunton’s scouting report on Peter with the one Young offers about Keve.

“His toughness and his athleticism, his second jump,” said Young. “He’s a really good shot blocker. His work on the glass. I thought when I brought him here he would be another piece to the puzzle. He was a piece of the puzzle down there.”

It’s why, when Young made the jump from Wofford, he was open to Aluma transferring to Virginia Tech to follow him. For Aluma, Young was the reason to become a Hokie.

For all the tactical knowledge Young had imparted to Keve Aluma, for all the lessons in strategy, pointers on shooting form and defensive tips he’s offered, the most important thing Aluma got from his coach was more of a feeling than a fundamental.

“I didn’t really love basketball,” Aluma said. “Coach Young changed that for me.”

Keve Aluma grew up wanting to be a soccer player. But at 6-foot-9, his high school’s basketball coach kept recruiting him to try his hand at hoops. After transferring from Wofford, he sat out the 2019-20 season. 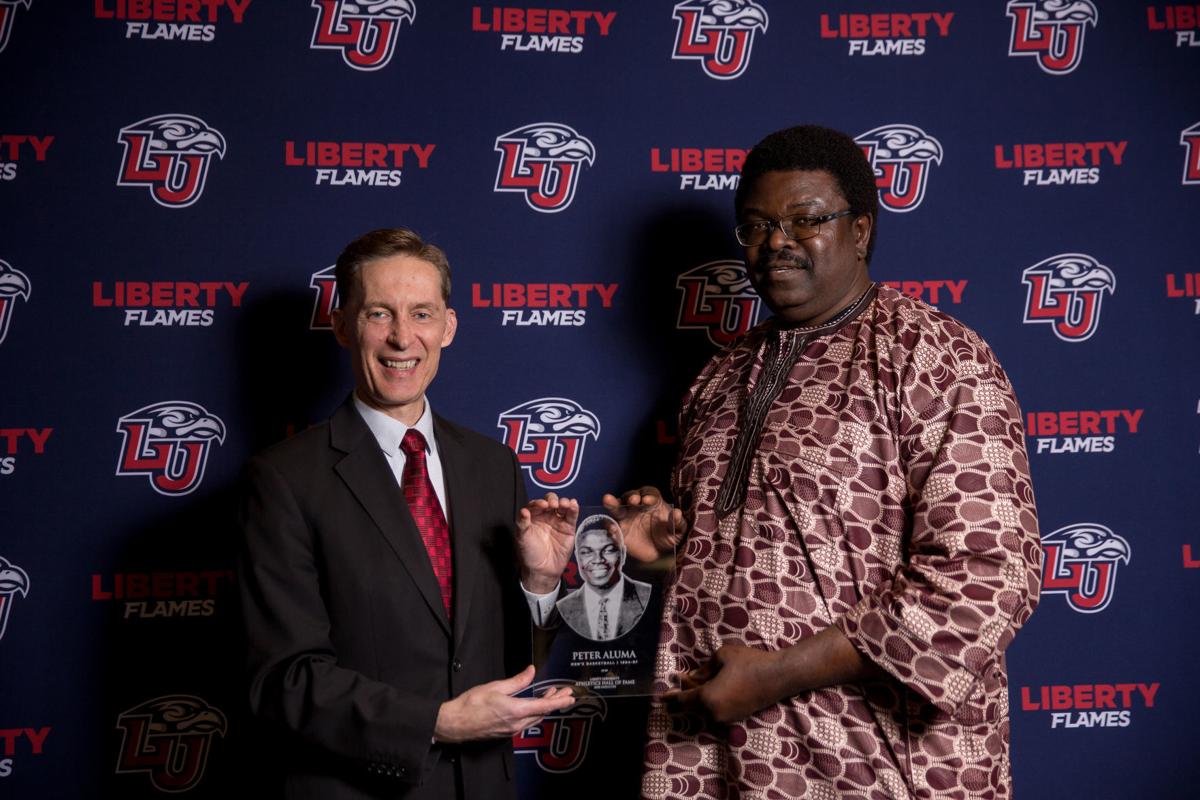