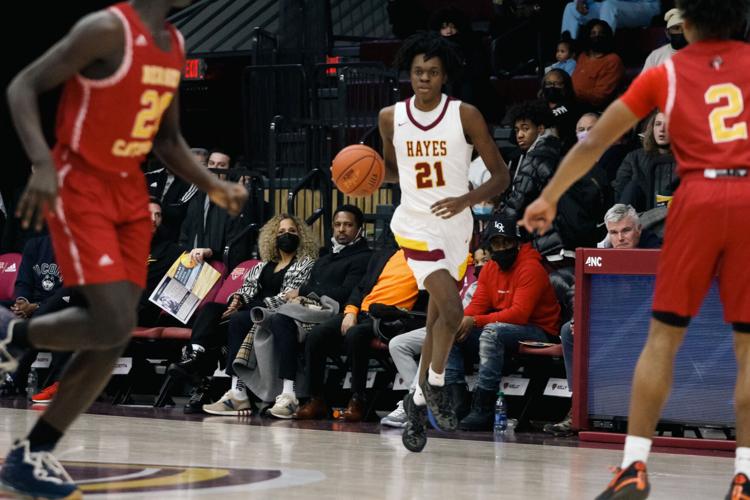 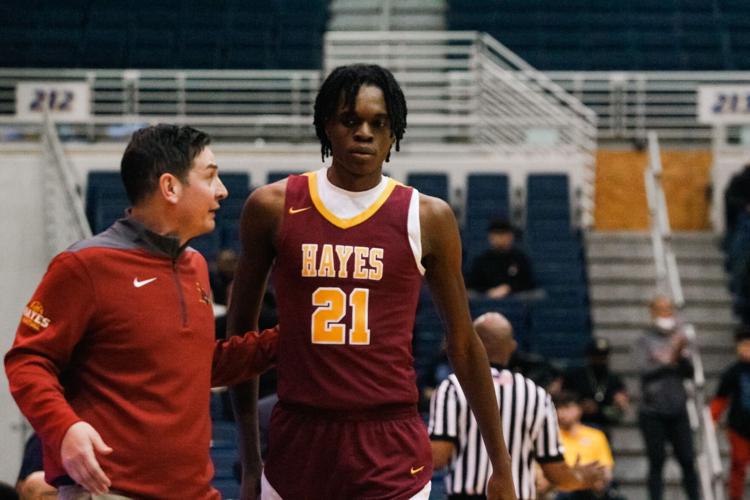 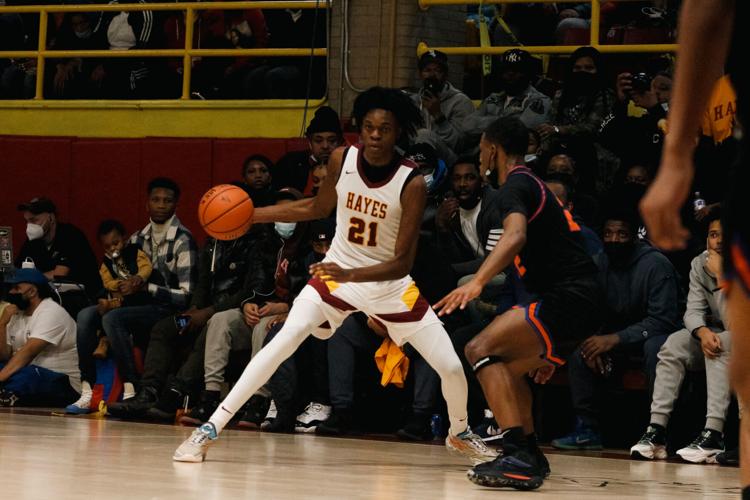 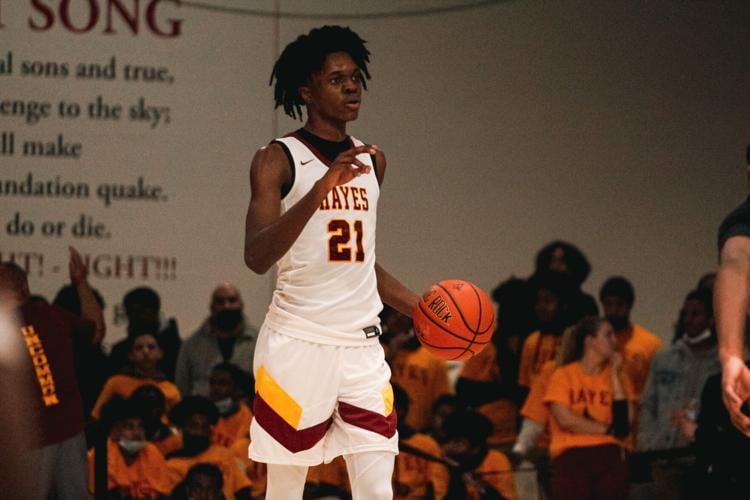 That night, Foster was at a graduation party in his native Bronx, N.Y., when shots rang out. A stray bullet struck him, in his right calf.

He was, at the time, heading into the summer before his senior year at Cardinal Hayes High in the Bronx. And Foster, a talented basketball player for the Cardinals, left the incident fortunate to have escaped serious damage. He was cleared to return to the court after just 13 days.

But the experience sparked a shift in Foster. Not only did it push him to be more aware of his surroundings, but it also led him to devote more time to hoops.

“I was in the gym way more,” Foster said, of the summer days that followed the shooting. “I wasn’t really going outside unless I was going to the gym or if I had practice for AAU.”

The work Foster put in preceded what his Cardinal Hayes coach Joe Lods described as an excellent senior year from him, helping the program to a state title. He received his first collegiate offer during the season, this past February — from Bryant.

VCU hopped in and offered the lengthy 6-8 wing in July, and Foster was gripped by the relationship he built with the Rams’ staff, particularly assistant coach J.D. Byers. In turn, Foster, two weeks after taking an official visit to VCU, committed to the Rams on Monday.

He’s the first member of VCU’s 2023 recruiting class, set to join the program next year, after a postgraduate season at Putnam Science Academy in Connecticut.

“They have a plan for me,” Foster said Wednesday, of VCU. “They’re really invested in me.”

Growing up, Foster’s interest in basketball grew from watching his older sister, Treanda, play. Treanda was a standout at John F. Kennedy High in the Bronx, and went on to play at Division II Felician in Rutherford, N.J.

Foster was 6-3 when he arrived as a freshman at Cardinal Hayes, then the tallest player the program had. But, despite his size, he had a propensity for playing on the perimeter, rather than inside.

Foster was part of a Cardinal Hayes freshman team that went undefeated, 30-0. Then the Cardinals placed him on junior varsity as a sophomore, to allow him to continue to develop his game.

And, even though Foster continued to grow, Cardinal Hayes was able to place the bigger Tobe Awaka alongside him and, thus, didn’t need Foster to play inside. Awaka, 6-8 and 249 pounds, is now a freshman at Tennessee.

Foster, as a result, could continue to lean into his preferred role as a long wing. Late in his junior season, he scored a game-high 25 points — with 23 in the second half — to help lead Cardinal Hayes to a win in the Catholic High School Athletic Association spring tournament title game.

That was before the shooting, a night that changed Foster’s approach.

“After that he just lived in the gym,” Lods said. “He just totally bought into the whole, ‘Let me try to reach my potential,’ kind of thing. In the classroom — everything, academically, athletically.”

As a senior, on Cardinal Hayes’ state championship team, Foster averaged 16 points and six rebounds. That team was ranked No. 7 in the nation by MaxPreps.

Meanwhile, even though interest from colleges was picking up, Lods felt that Foster could benefit from an additional year to work on his body. Foster, at the end of his time at Cardinal Hayes, was ready for college from a skill perspective — he can score at various levels with silky aplomb. But adding weight before college could help. Foster is listed at 175 pounds.

Foster went back to play on the AAU circuit this past summer, with New York Wiz Kids in the Adidas 3SSB, before finally deciding in August to reclassify to the class of 2023 and go forward with a postgraduate year at Putnam.

All the while, the rapport with Byers and VCU was building. Foster took a visit to Rutgers last June and another, to Kent State, this past summer.

But the visit to VCU, which Foster took with his sister Treanda, furthered his feelings about the Rams. It felt natural.

“You need to keep in mind going on these visits, go where they love you not where they need you, you know?” Foster said.

Foster, from Cardinal Hayes, is used to running the floor and guarding multiple positions which would seem to make for a smooth fit at VCU. The Cardinals pressed and trapped, and Foster was good at those things, Lods said.

At Putnam, Foster hopes to get better in all aspects before he arrives in Richmond.

And he’s looking forward to the opportunities that lie in his future, at VCU.

“I wouldn’t say I made it out,” Foster said. “But I feel like I made something [of] myself.”

Teel: Tony Bennett isn't sure there's an elite team this season, but he may have one at Virginia

For the second consecutive year, Virginia defended passively in the ACC-Big Ten Challenge, fell behind by double-digits and prompted a fashion…