MIDDAY UPDATE: Va. in the clear as Isaias races toward the Northeast U.S.; at least five tornadoes likely hit the state 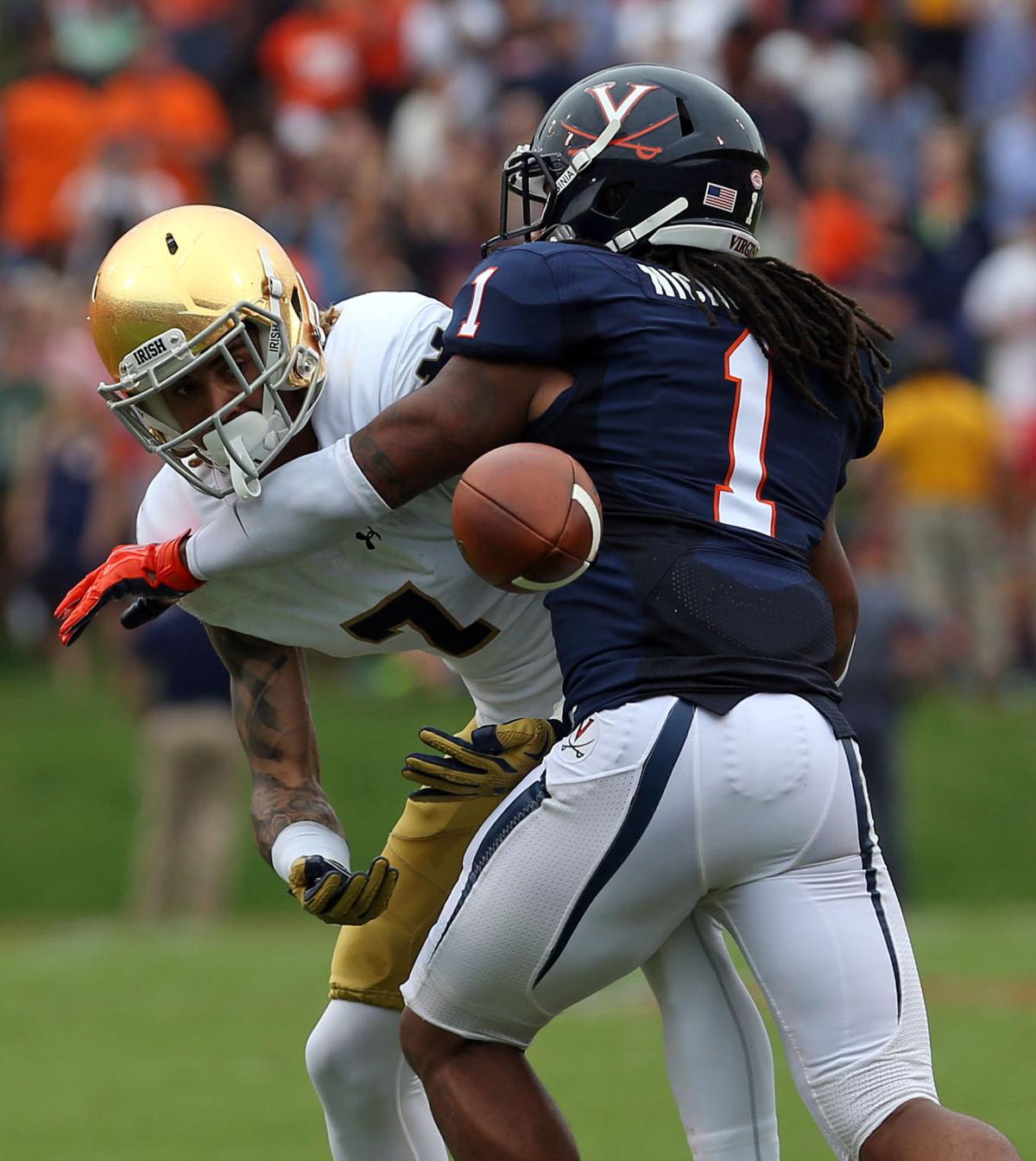 Notre Dame’s half-in, half-out relationship with the ACC can irk some football fans, but it has been beneficial for both sides.

Notre Dame’s half-in, half-out relationship with the ACC can irk some football fans, but it has been beneficial for both sides.

Impromptu, late-night business meetings often coincide with ominous news, and such was the case Thursday when the ACC’s 15 athletic directors gathered virtually.

The Big Ten had just adopted conference-only schedules for all fall sports, erasing marquee football dates such as Penn State at Virginia Tech, Ohio State at Oregon, Michigan at Washington, and Notre Dame-Wisconsin at Lambeau Field. With a relentless pandemic diminishing the prospects for fall seasons by the day, the ACC group debated whether to follow suit.

Competing solely within your conference affords total control over COVID-19 precautions, creates scheduling flexibility, saves money on guarantees and has been among the options leagues have considered since sports shut down in March. The ACC has outlined that contingency, but the consensus Thursday was to delay any decision.

Commissioner John Swofford told me in April that the ACC likely would include Notre Dame in a conference-only football plan, and he reiterated that probability during a virtual news conference in May. In light of the Big Ten news, I tweeted a reminder of the ACC-Notre Dame linkage late Thursday afternoon.

Reaction was immediate, considerable and decidedly negative. Which is a shame, because Notre Dame’s partial ACC membership has elevated both parties from the start, especially the conference.

“Partial” is the word that irritates the anti-Notre Dame contingent.

The Fighting Irish joined the ACC in 2013 for sports other than football, the latter a program that has never belonged to a league. Those who govern Notre Dame and manage the athletic department have treasured that football independence — and the national scope it provides — for generations, and that’s unlikely to change.

“We didn’t bring Notre Dame in with the assumption they would bring football,” Swofford told me late last month. “That’s never been the case.”

Then why invite the Fighting Irish in the first place? Yes, Notre Dame fields quality Olympic sports teams and has won national championships in women’s basketball, men’s soccer and co-ed fencing since joining the ACC, but what is the economic value?

Let’s count the ways, and the money.

Annual ACC media revenue has increased 96.9%, from $146.6 million to $288.6 million, since Notre Dame’s arrival. The Irish aren’t solely responsible for the escalation, but their role was XXL.

Here’s why: Per its commitment to play, on average, five ACC football opponents each year, Notre Dame has visited every league city except Atlanta during the last six seasons — that omission is scheduled to be remedied Nov. 14 when the Irish face Georgia Tech in Mercedes-Benz Stadium. Those games are part of the ACC’s television package.

Notre Dame men’s and women’s basketball, plus its Olympic sports, also enhance the league’s TV appeal. Indeed, the Irish’s presence was invaluable in stabilizing conference membership and convincing ESPN to partner on the ACC Network that launched last August.

The Irish are fleecing their ACC colleagues? Hardly.

Notre Dame’s average annual share of conference revenue is $6 million. That’s a meager 3.5% of the $169.5 million in athletics revenue the Fighting Irish reported to the U.S. Department of Education for 2018-19.

In the most recent six years for which the ACC’s tax forms are available, Notre Dame’s entire take is $35.9 million. The Irish’s NCAA tournament units alone account for nearly half of that “cost” to the conference.

I understand the optics. The Fighting Irish have their own television contract for home football games with NBC, cling to their independence and yet land in the ACC’s bowl lineup when they don’t make the College Football Playoff.

Notre Dame is set to play six ACC opponents this season — Clemson, Louisville and Duke at home, Pitt and Georgia Tech on the road, and Wake Forest in Charlotte, N.C. — and folding the Irish into a conference-only schedule is certainly doable.

“If they’re willing to share their [NBC] money, sure,” Duke coach David Cutcliffe said Friday of including Notre Dame in a conference-only season. “You don’t get something for nothing. I would welcome them as a coach to be a part of ACC football.”

Many ACC fans concur. They see this summer’s football scheduling chaos — the Pacific 12 announced Friday that it, too, will play only league opponents, costing UND traditional contests against Southern California and Stanford — as an opportunity to strongarm Notre Dame into full membership with an all-or-nothing edict.

Not going to happen. Nor should it. The Irish more than carry their weight.

Moreover, their independence is about culture, not economics. They’d likely make more money all-in with the ACC.

Now if Notre Dame, contracted with the ACC through 2035-36, had an epiphany and asked ACC officials for full membership?

As Swofford has often said, always with a wry grin: “That would be a short conversation.”

The Irish screwing the Hokies out of a 2001 Fiesta Bowl bid is not easily forgotten.

If they want to be in a conference, they should be in or out, not just for the parts they can make money on.

The Lord would agree with them sharing their wealth, not just the portion that comes from the ACC. Period.