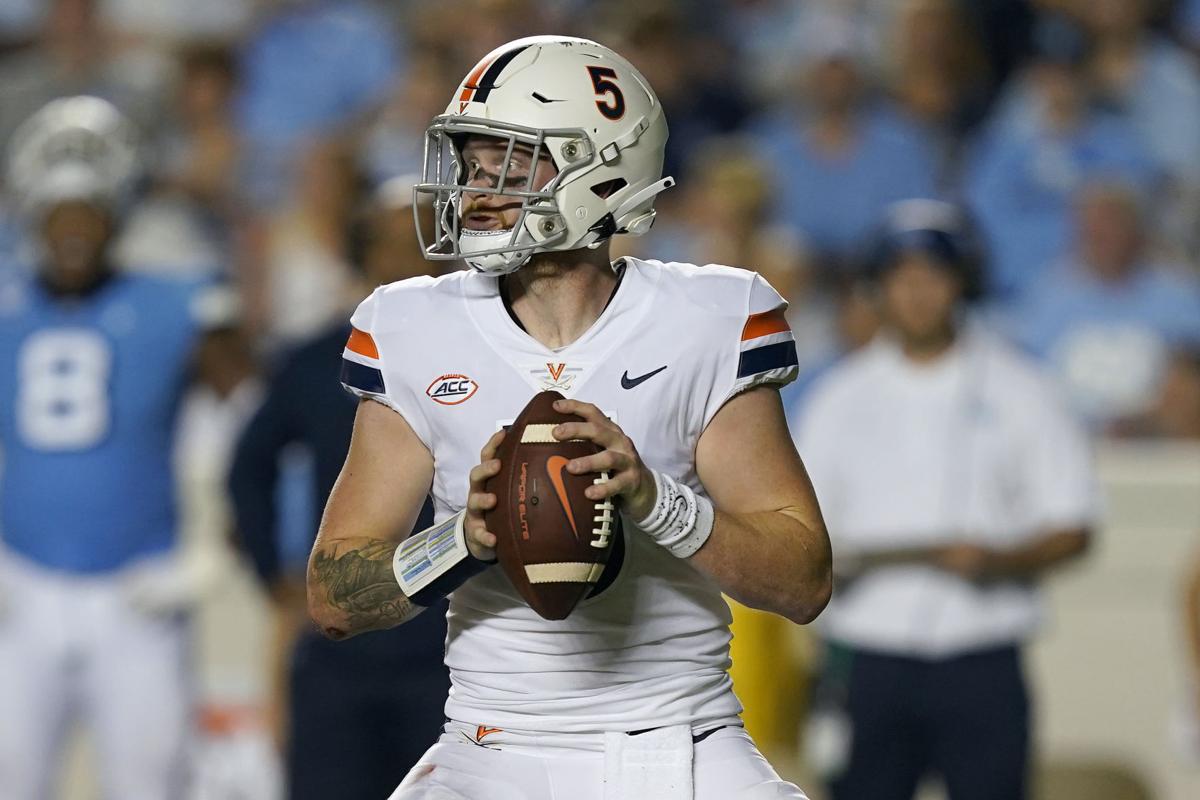 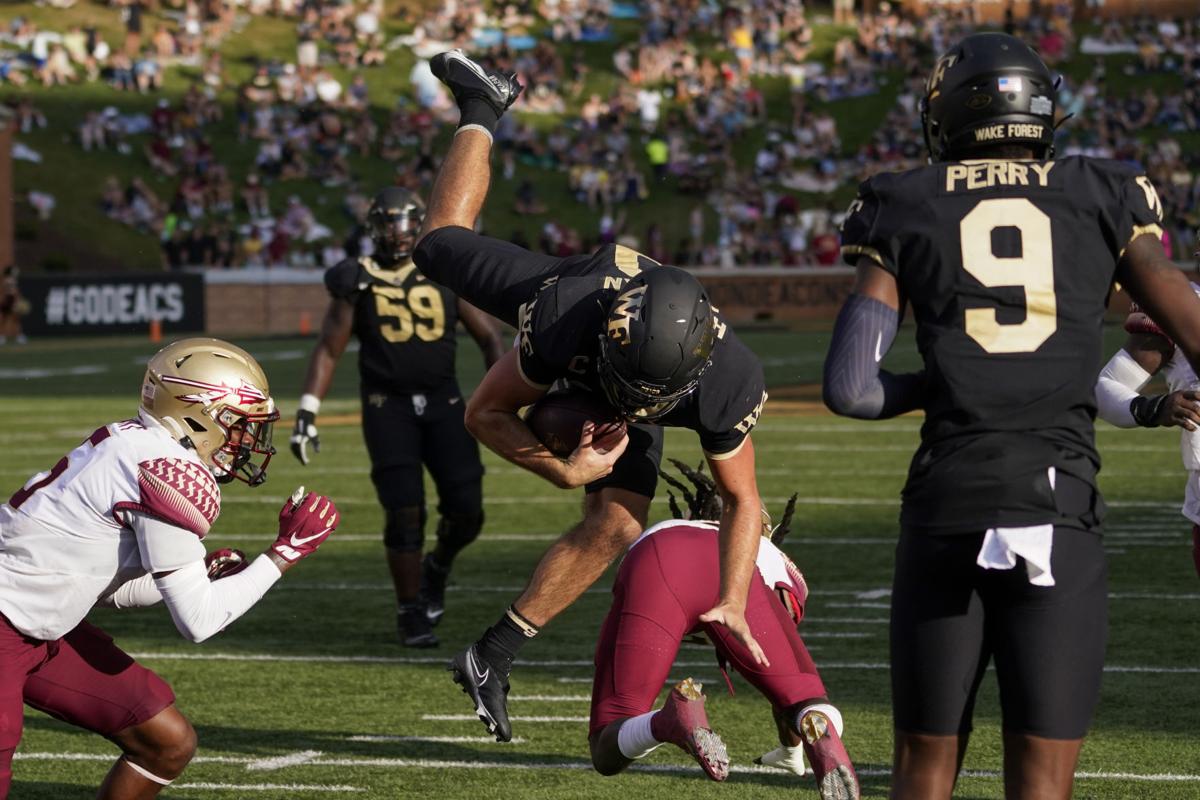 Quarterback Sam Hartman (center) and Wake Forest have been a positive surprise in the ACC this season, including a lopsided win over Florida State last Saturday.

Any hopes of the conference’s champion earning a playoff bid weren’t dashed by similarly grim results in Weeks 2 and 3.

The ACC’s lone unbeatens at 3-0, Wake and BC are underappreciated, the latter in part due to a hand injury that has sidelined quarterback Phil Jurkovec indefinitely. But after the regular season’s opening quarter, there’s no questioning the ACC’s place on the 2021 Power Five food chain: the bottom.

Worse for the ACC, the most notable of its Power Five conquests is Pitt winning at Tennessee, a team few expect to challenge in the SEC East, and a result the Panthers followed with a baffling home loss to Western Michigan.

There are opportunities for ACC teams to at least partially repair the league’s image, including four additional games versus No. 12 Notre Dame — the Fighting Irish play at Virginia Tech and Virginia, and host North Carolina and Georgia Tech. Florida State closes with No. 11 Florida, while Georgia Tech finishes against No. 2 Georgia. UVA travels to No. 15 Brigham Young next month.

Clemson’s more pressing concern is reviving an offense that has managed only 17 points combined in two games versus Bowl Subdivision opponents — a 10-3 opening loss to Georgia and 14-8 victory last week over Georgia Tech.

As dominant as Clemson has been defensively, yielding just four field goals and no touchdowns in three games — Georgia’s touchdown came on an interception return, and Georgia Tech scored a safety thanks to the Tigers’ inept late-game management — coordinator Brent Venables’ group won’t be able to camouflage the offense’s warts every week.

Vegas likes Clemson by 10 at N.C. State on Saturday, and the Wolfpack inspired little confidence in a 24-10 setback at Mississippi State. But N.C. State was projected to finish second to Clemson in the ACC Atlantic, and Carter-Finley Stadium figures to be the most hostile ACC atmosphere the Tigers confront in 2021.

If Clemson-N.C. State isn’t the week’s most compelling ACC fare, than Virginia’s home date Friday with Wake Forest is.

The Deacons claimed the Norfolk city championship with routine victories over Old Dominion and Norfolk State, followed by a convincing dismissal of downtrodden Florida State. They are talented, experienced and confident, especially on offense with the likes of quarterback Sam Hartman, running back Christian Beal-Smith and receiver A.T. Perry.

Wake Forest and Clemson are the only ACC programs to average at least 30 points a game in each of the past four seasons. Moreover, just eight other Power Fives can stake that claim: Alabama, Georgia, Ohio State, Oklahoma, Oklahoma State, Texas, Oregon and Notre Dame.

“Yeah, I really think Dave Clawson and the plan he has at Wake — I think he’s one of the best coaches in college football,” UVA coach Bronco Mendenhall said. “They have a really complementary style, meaning the defense fits with the special teams, which fits with the offense, and so it’s a style really no one else in college football is running, at least at the Power Five level, so it’s difficult to prepare for.

“It’s pretty simple, right? There’s a player in conflict most all the time if you choose to play zone, and if you choose to play man, they like the personnel they have at wide receiver, running back, quarterback, so they like their matchups. That’s led to that kind of point production for that long really at a place that you don’t view like Clemson, since those are the two examples that you used.”

Potent though the Deacons are, they don’t have Brennan Armstrong at quarterback. Virginia does, and at his present clip of 432.7 passing yards per game, he gives the Cavs a chance against anyone.

“We understand this team moves as we move,” he said as Tech prepared for Saturday’s visit from Richmond, “and if we want to score in the red zone, we’ve got to get more push as an offensive line. … If they’re blitzing or bringing a linebacker off the edge, whatever, we’ve got to be able to figure it out and communicate a little bit better and get a lot better push up front.”

Accountability and self-awareness are cornerstones of progress.

Quarterback Sam Hartman (center) and Wake Forest have been a positive surprise in the ACC this season, including a lopsided win over Florida State last Saturday.