This was before the travel-ball rage. This was small-town Middle America, where baseball-inclined boys aspired to play Little League in their communities. This was Council Bluffs, Iowa, where after each game, win or lose, John O’Connor loaded the teams he coached into the back of his green Ford pickup for an ice cream run to the Dairy Queen.

This was the late 1970s and early ’80s, a simpler, less-cluttered time, when kids, with no cellphones, tablets and Nintendo Switches to distract them, lived outside. And this is when John and Barb O’Connor’s three sons, with three acres of family land at their disposal, used a hand mower to cut base paths into their homemade ball field.

If only we had some grainy video, right? James Earl Jones could narrate and we could remake “Field of Dreams.”

“I just had kind of a magical youth experience,” said Brian O’Connor, the middle son.

The O’Connors will celebrate that experience Father’s Day at an event permanently etched in family lore: the College World Series in Omaha, Neb. And to make the occasion downright magical, Brian will be coaching Virginia against Tennessee.

Omaha sits just across the Missouri River from Council Bluffs, a half-hour drive, and the CWS was an annual destination for the O’Connors. Brian then stayed home to play college ball at Creighton, and as a right-handed pitcher, he helped the Bluejays earn their lone College World Series appearance, in 1991.

Eleven years later, Brian coached in the CWS as a Notre Dame assistant. He was just getting started.

This is UVA’s fifth College World Series in O’Connor’s 18 seasons as head coach, sustained excellence highlighted by the 2015 national championship, and his parents have been front-and-center each time. Moreover, Sunday marks the Cavaliers’ third Father’s Day game in Omaha — they defeated California in 2011 and Ole Miss in ’14.

“It’s unbelievable,” John said, “how everything has transpired.”

The 2021 College World Series resonates even more. Like most extended families, the O’Connors were separated for much of the pandemic, and rather than attend Virginia’s regional and super regional in Columbia, S.C., Barb and John watched from home, holding their breath with each pitch as the Cavaliers won six consecutive elimination games.

That separation will vanish in Omaha. At 81, John struggles some with mobility, but rest assured, he and Barb will be in the stands for UVA’s games.

“My dad was my first coach,” Brian said. “He was my role model. He worked his tail off to provide for me and my brothers and my mom. … To look up in the stands Sunday and see him will be a proud moment.”

The son of Irish immigrants who landed at Ellis Island, John was born and raised in Council Bluffs. He attended Abraham Lincoln High School, and though his left ankle was permanently damaged in a childhood accident — he stepped on a broken bottle — he excelled in baseball and basketball.

Baseball was his first love. Then he met Barb, an Omaha girl.

“When we got married,” Barb said, “he told me he was bringing me over to God’s country.”

Council Bluffs, aka God’s country, has been good to the O’Connors.

John took over his father’s job managing St. Joseph Cemetery and added a complementary business, J.F. Bloom Monument Company, an acquisition that proved rather providential when it came time to commission a “Road to Omaha” statue outside Rosenblatt Stadium, then home to the College World Series.

Barb and John raised three boys on the family acreage where the couple still resides: John Jr., Brian and Kelly, two years separating each. There was a basketball hoop, the makeshift baseball diamond, and even a crude 3-hole golf layout the brothers crafted.

It was a sports heaven that beckoned friends such as Brian Ratigan, who later played football at Notre Dame and for the Indianapolis Colts and now serves as the team orthopedic surgeon for Fighting Irish football and baseball.

Brian was the most gifted athlete of the O’Connor brothers, the quintessential football, basketball and baseball star before and during their time at St. Albert High. Competition among them was fierce, but rarely over the top.

“They got along great,” John said. “I never had much problem with them.”

“My dad was challenging,” Brian said, “he was demanding, be it as a baseball coach or just what your responsibilities were around the house or the way you’re supposed to carry yourself as a man. He was tough, and I’m forever indebted to him for it. He challenged us and held us accountable.”

Summers revolved around baseball, and after the boys’ seasons ended, their attention turned toward their favorite major league team. The three-hour trips to Kansas City included a stop at Worlds of Fun amusement park prior to the ballgame.

The Royals were perennial contenders, reaching the playoffs seven times in the 10 seasons from 1976 to 1985, and the O’Connors would wait patiently in the August heat for general admission tickets. They lingered outside afterward to secure autographs from the likes of George Brett, Willie Wilson and Al Hrabosky.

A devoted fan herself, Barb made the trips, too.

Life, as it often does, has come full circle.

Brian has taken his son, Dillon, and John to Yankee Stadium. They, along with Kelly and John Jr., attended the 2012 All-Star Game in Kansas City.

“You just do what you can do to raise your kids correctly and hope it works out,” Barb said, “and we’ve been very blessed with all three of our boys.”

As another Father’s Day arrives, complete with a family reunion at the College World Series, Brian reflects on his dad.

John labored tirelessly but always found time for the boys. He never complained about that left ankle, which pains him to this day. He was, and remains, a coach, counselor and friend.

“I think all three of us ended up in coaching for our profession because of our father’s example,” Brian said. “John and Kelly coach sales teams and clients every day in the investment and medical fields. [Dad] led by example, instilling the importance of family, faith and core values like respect, teamwork, passion, and most importantly, hard work, that live with us today.”

John is equally reflective this week. He marvels at, and is grateful for, his family’s long and enduring history with the College World Series.

How enduring? Well, that brings us back to the “Road to Omaha” statue, unveiled in 1999.

The project’s artist, John Lajba, was in John’s office discussing materials when he noticed a photo of Brian pitching for Creighton. He then used the likenesses of Brian and three teammates for the statue, which moved with the CWS in 2011 to TD Ameritrade Park.

A statue, a national championship and now seven combined appearances for Brian as a player, assistant coach and head coach: Yeah, the O’Connors are stitched into the College World Series fabric like the seams onto a baseball.

But this family’s love affair with the game goes far deeper, and John laughed at the memories of T-ball, Little League and all those kids in his pick-up clamoring for ice cream. 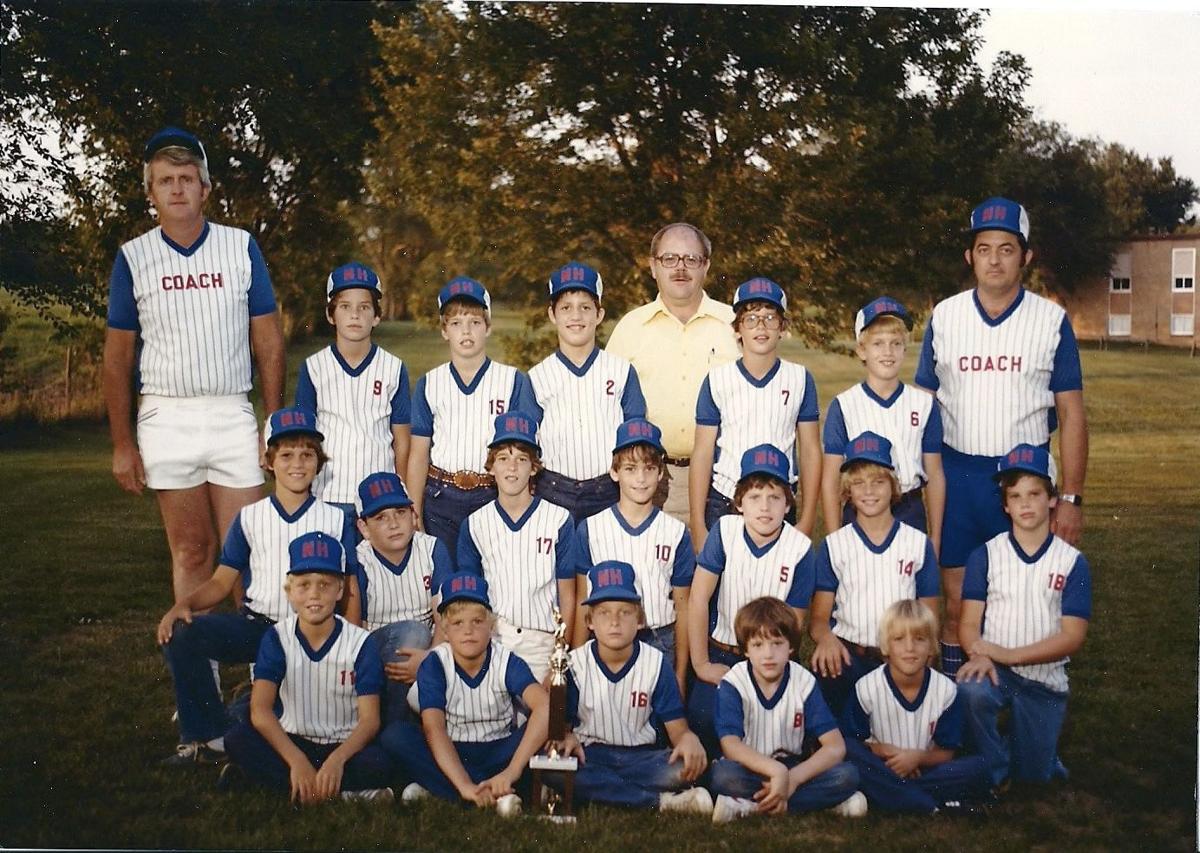 UVA coach Brian O'Connor was coached in Little League by his father, John (far left). Brian is No. 5, and his younger brother, Kelly, is No. 8. 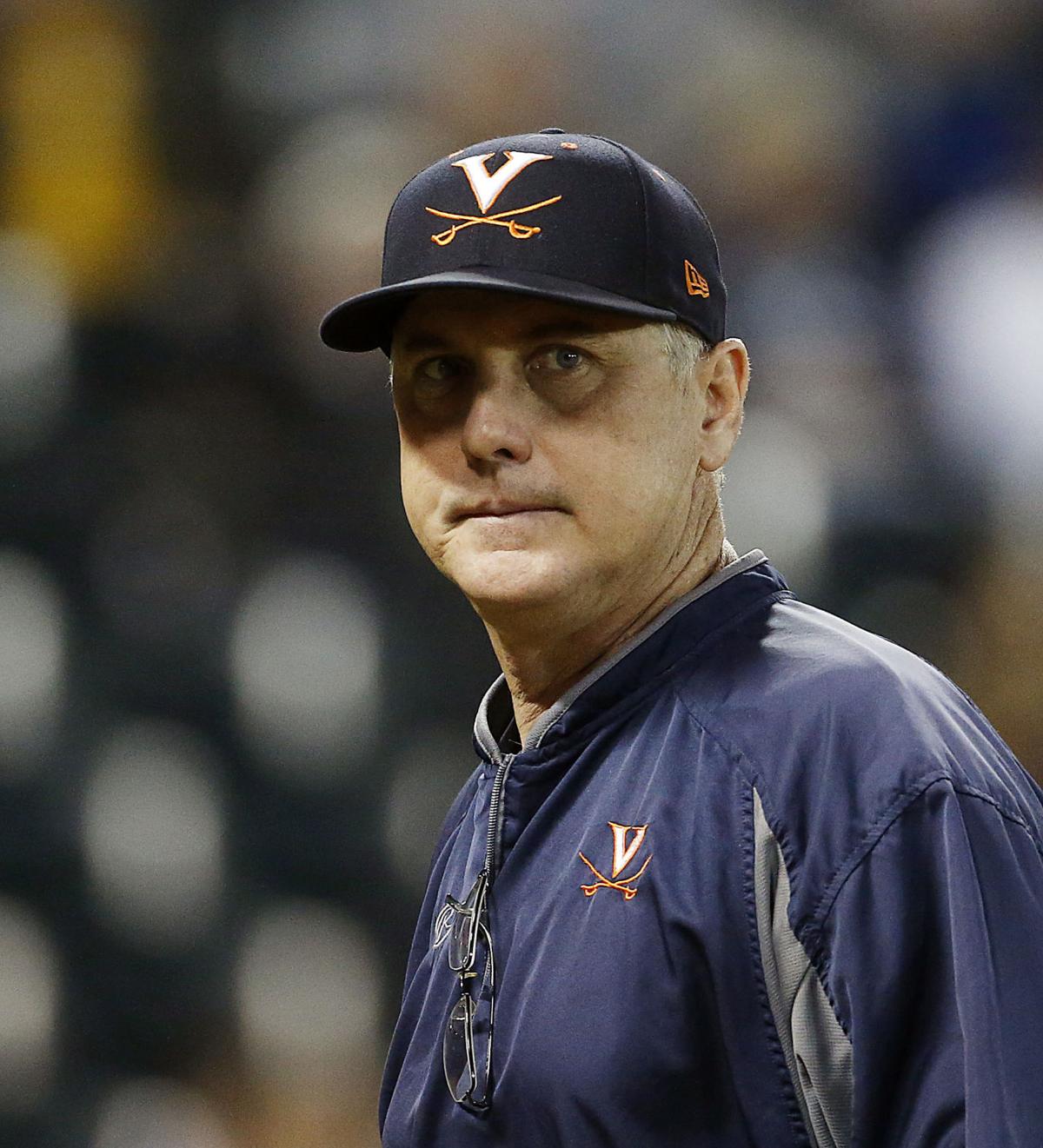