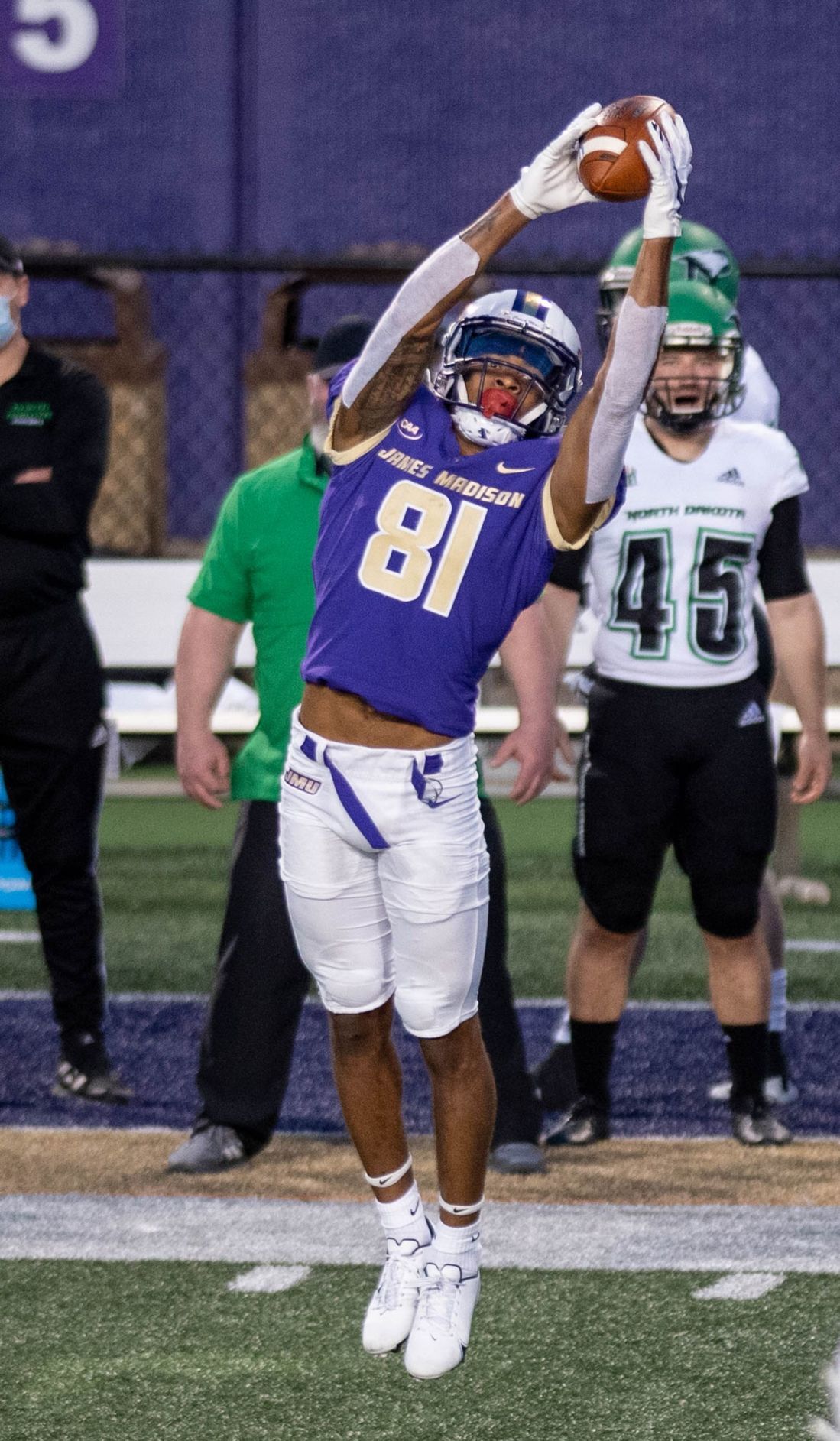 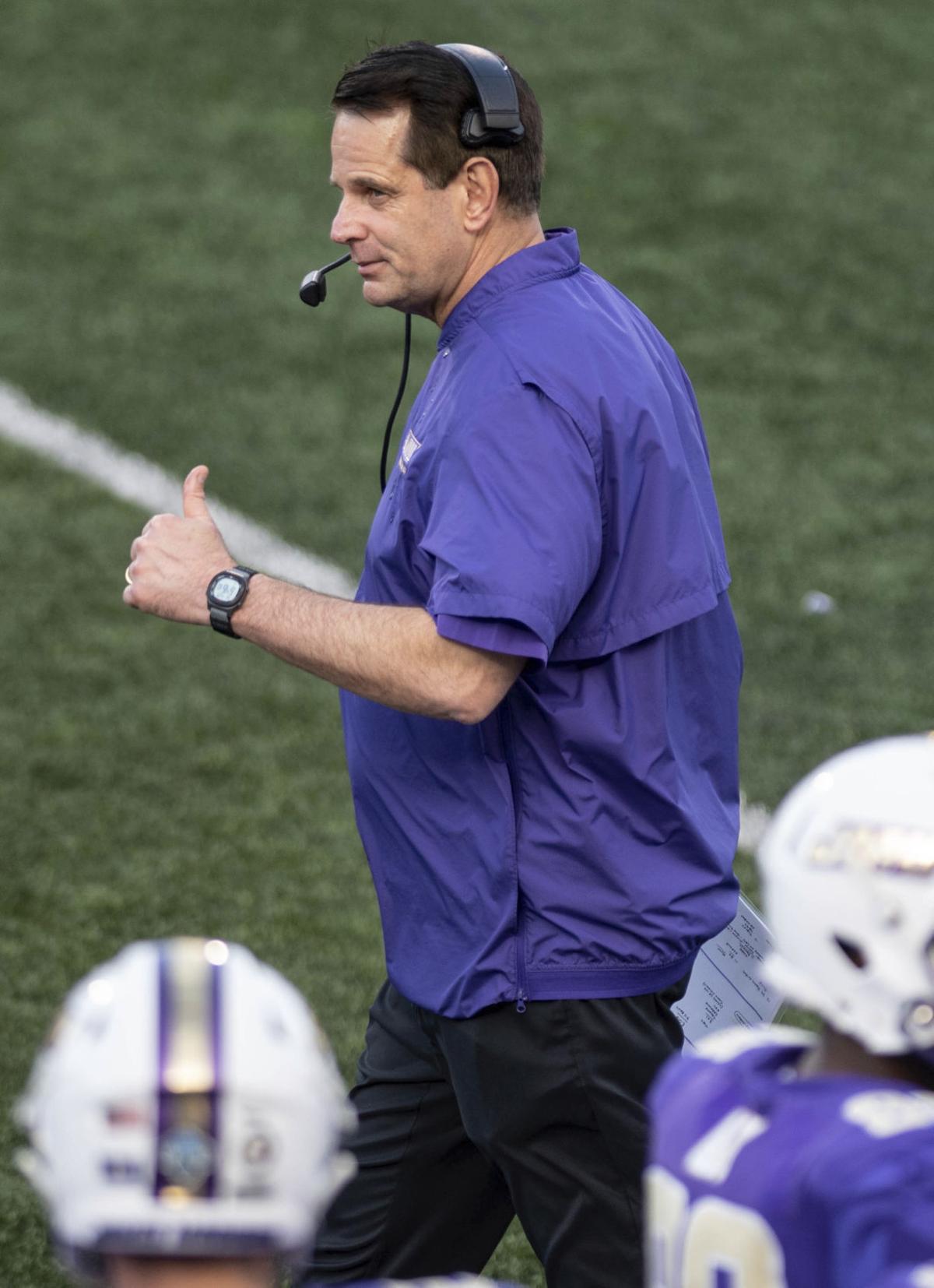 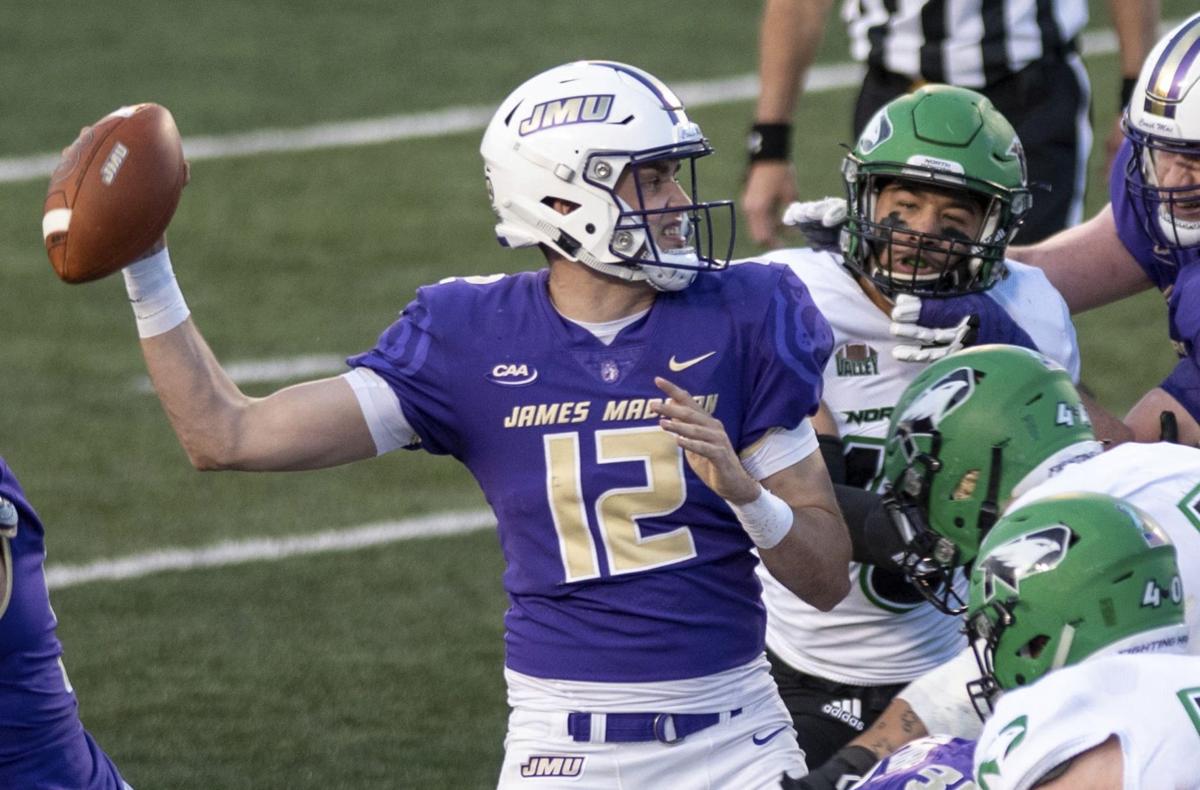 Sunday night, for the fourth consecutive contest, Wells was all that — and more.

Wells headlined a balanced offense that meshed Cole Johnson’s efficient passing with physical running from a cadre of backs, a combination that bodes well for the Dukes as they pursue a third national championship.

JMU (7-0) has not trailed in its last four outings, and in those contests, Wells has caught 21 passes for 453 yards and five touchdowns. So what transformed this honor-roll student and former state high school champion into a big league college receiver?

“Success breeds confidence,” Dukes coach Curt Cignetti said. “Repetition is the mother of learning. He’s always had the talent. We saw that in fall camp. Thought he’d be our go-to guy. Had a little bit of a slow start … with catching consistency, but he had a big touchdown catch against Robert Morris, a big touchdown against Elon, and then it just escalated. He’s a warrior, he’s very competitive, he’s got a lot of talent and he’s got a quarterback that throws him a nice, touch ball.”

Wells is also surrounded by a punishing offensive line and gifted running backs who often force opponents to commit an extra defender against the rush, leaving Wells against a cornerback one-on-one.

That was the case Sunday as JMU pounded North Dakota 53 times on the ground for 217 yards. Percy Agyei-Obese led the group with 128 yards and two touchdowns on 27 carries, and Latrele Palmer, Jawon Hamilton and Solomon Vanhorse teamed for another 90 yards on 21 attempts.

North Dakota coach Bubba Schweigert said his team had to slow the Dukes’ ground game and limit explosive plays through the air. The Fighting Hawks’ blitz-happy approach did neither.

Cornerback Caleb Nelson bought the stop fake, and Wells sprinted by him to collect a 38-yard pass that set up a 6-yard Agyei-Obese touchdown run.

Wells’ first score, late in the third quarter, came on a third-and-4 from North Dakota’s 19.

Lined up in a bunch formation to the left, he crossed the middle, extended his body to snare the pass, pinballed off safety Kadon Kauppinen’s jarring hit at the 7 and waltzed into the end zone.

Catching passes in open space is one thing. Catching them in traffic is where receivers earn their chops.

“You look at a guy like Antwane,” Johnson said. “He’s close to 200 pounds, so he can absorb that contact and keep going.”

That score bumped JMU’s lead to 27-14, and on the Dukes’ next possession, Johnson and Wells removed all doubt. On a third-and-6 from the 37, Wells outran cornerback C.J. Siegel on a fly pattern, gathered Johnson’s pass at the 26 and cruised the rest of the way.

The 63-yard reception was Wells’ longest of the season, 1 yard better than a touchdown catch against VMI in the opening round of the playoffs. Through two postseason contests, Wells has caught 11 passes for 275 yards and three scores.

Wells’ emergence has coincided with Johnson’s recovery from a skittish start this season. A redshirt senior in his first year as a starter, Johnson completed 14 of 17 passes for 251 yards Sunday, without an interception.

Third-seeded JMU advanced to a Saturday semifinal at Sam Houston, the tournament’s No. 2 seed. There’s plenty of time before kickoff to assess the Bearkats (8-0) in detail, but any team that beats a dynasty in postseason commands respect.

En route to the 2016 national title, JMU demolished Sam Houston 65-7 in the quarterfinals. Johnson was a freshman backup that season, watching Bryan Schor throw to the likes of Brandon Ravenel.

“He’s a guy that worked relentlessly,” Johnson said. “His work ethic is second to none. He’s in here, even on off days, catching balls, lifting more weights. … He came in here with that veteran mentality, just put your head down and work. He didn’t have any ego.”

Wells made that impression immediately.

“Starting back in the fall when he got here, and we were able to get practices open,” Johnson said, “I could tell [he] was going to be special.”