Tony DeMarco considers TyJuan Garbutt the most unique player he’s encountered in more than three decades coaching football. And that assessment has nothing to do with the talent that earned Garbutt dozens of Bowl Subdivision scholarship offers and a starting position at Virginia Tech as a redshirt freshman.

“TyJuan is a very, very emotional guy,” said DeMarco, Garbutt’s coach at Riverbend High School in Fredericksburg. “He’s as deep and as complex as anyone I’ve coached. …

“There are many layers of TyJuan. But man, once you get to know him, you just can’t get enough of being around him.”

Garbutt offered glimpses of those layers to reporters from across the state Thursday as the Hokies concluded their final week of spring practices. He explained why he sat out much of last season, shared his new perspective on the sport and movingly thanked Tech coach Justin Fuente for changing his life and offering unconditional love during dark times.

A fifth-year defensive end, Garbutt chose Virginia Tech over programs such as Georgia, Florida, Oklahoma, Penn State, Tennessee and Virginia, a decision DeMarco attributes to then-defensive coordinator Bud Foster’s dogged recruiting. Garbutt was an all-conference defensive end and receiver at Riverbend, and even dabbled some as a wildcat quarterback, but defense was his clear college destination.

After redshirting as a freshman in 2017, the 6-foot-1, 238-pound Garbutt recorded a sack and three tackles in his college debut, the Hokies’ season-opening road upset of Florida State. He started the final five games and finished the year with 31 tackles, 6½ for lost yardage.

A blindside hit in the 2019 opener at Boston College sidelined Garbutt for two games with a collarbone injury, limited his effectiveness the remainder of the season but did not prevent him from starting 11 games and producing another 31 tackles. Last year figured to be a breakout for Garbutt, until health issues for his father prompted him to step away from football.

“I just wasn’t in the right state mentally,” said Garbutt, who politely declined to offer details regarding his dad’s illness, “and I wasn’t … emotionally stable [enough] to really commit to one thing. … I was kind of in a dark place last year with all that going on. My grades were slipping, a lot of things were happening.”

This was the same emotional fragility that DeMarco noticed when he first met Garbutt as a rising high school freshman. He was shy, didn’t trust easily and, at the time, was not living with his parents.

Indeed, the first time DeMarco drove Garbutt to a summer conditioning session, nary a word was spoken. But over the years, DeMarco’s home and family became Garbutt’s home and family, and DeMarco was confident Virginia Tech would provide a similar environment.

He was right. As he did in 2016 when offensive lineman Austin Cannon battled depression, Fuente supported Garbutt with no regard for football. In both instances, he did so, as he prefers, privately.

“I do know that he knows that we love and care about him and want what’s best for him,” Fuente said, “that it’s not about rushing the quarterback or getting tackles for loss. It’s about making sure TyJuan’s taken care of in the right way. Ty knows that, and it’s been awesome to have him back. He enjoys the team; he enjoys the other players; he enjoys the coaches. He knows deep in his heart that we genuinely love and care about him and are here to help him in any way.”

That affection clearly is mutual. Garbutt may have been shy when DeMarco first met him in 2013, but Thursday he spoke movingly about his relationship with not only Fuente but also defensive line coach Bill Teerlinck.

Fuente and Teerlinck checked in with Garbutt weekly while players were at home last spring due to the pandemic. When Garbutt took his leave of absence, the outreach became daily.

The young man that Garbutt was in high school needed that guidance even more. And Fuente never wavered, even when Garbutt, who first committed to Tech in February 2016, reopened his recruitment in July 2016, the summer before his senior year at Riverbend.

“I knew Fu would go to war for me,” Garbutt said. “I mean that in all the right ways. Like I tell him a lot … he helped change my life. I could have been a statistic. I could have done a bunch of wrong things, could have easily gone down the wrong path. …

“He’s done nothing but support me and continue to let me know that there’s a reason why I was really his first commitment when he took over this job. And there’s a reason why even though I decommitted and was looking at other places, there’s a reason why he didn’t just go you know, ‘All right, I don’t want that guy.’ Because genuinely, he came to my house and he knew that I was a good kid, a kid that just kind of needed a chance, a chance to really maybe get around a different environment, a structured environment. And I just love that man.”

Stories and relationships like this are the reasons coaches coach. Sure, the money and acclaim are considerable at the major college level, but you can’t place a value on serving others. It’s why Fuente so admires his sister, Jamie Boyd, a math teacher in Tulsa, Okla.

Fuente welcomed Garbutt back to the program in late October of last year, and Garbutt played sparingly in four games, failing to register a tackle. He was overweight, out of shape and learning the ways of new defensive coordinator Justin Hamilton.

“When I came back last fall, it was all like a foreign language,” Garbutt said.

Amare Barno and Emmanuel Belmar project as the Hokies’ starting defensive ends in 2021, but this month Fuente noticed a spring in Garbutt’s step.

“He’s back there enjoying himself, cutting loose, getting closer to the old TyJuan,” Fuente said.

Time away gave Garbutt a new appreciation for football, and not just the buzz of game day. He’s enjoyed the rigors of spring practice, the video critiques of coaches and the camaraderie of teammates. Why, he’s even looking forward to the grind of summer conditioning. 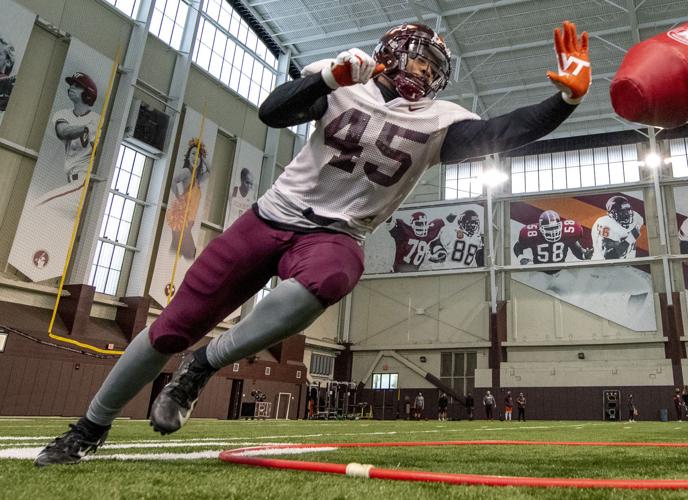 Defensive end TyJuan Garbutt has found a new appreciation for football this spring after sitting out much of last season for personal reasons. 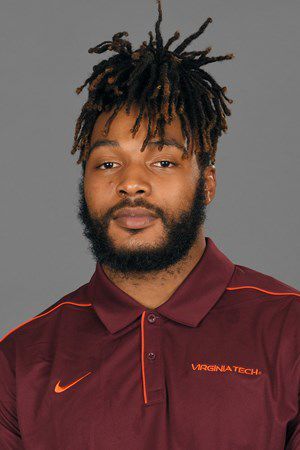