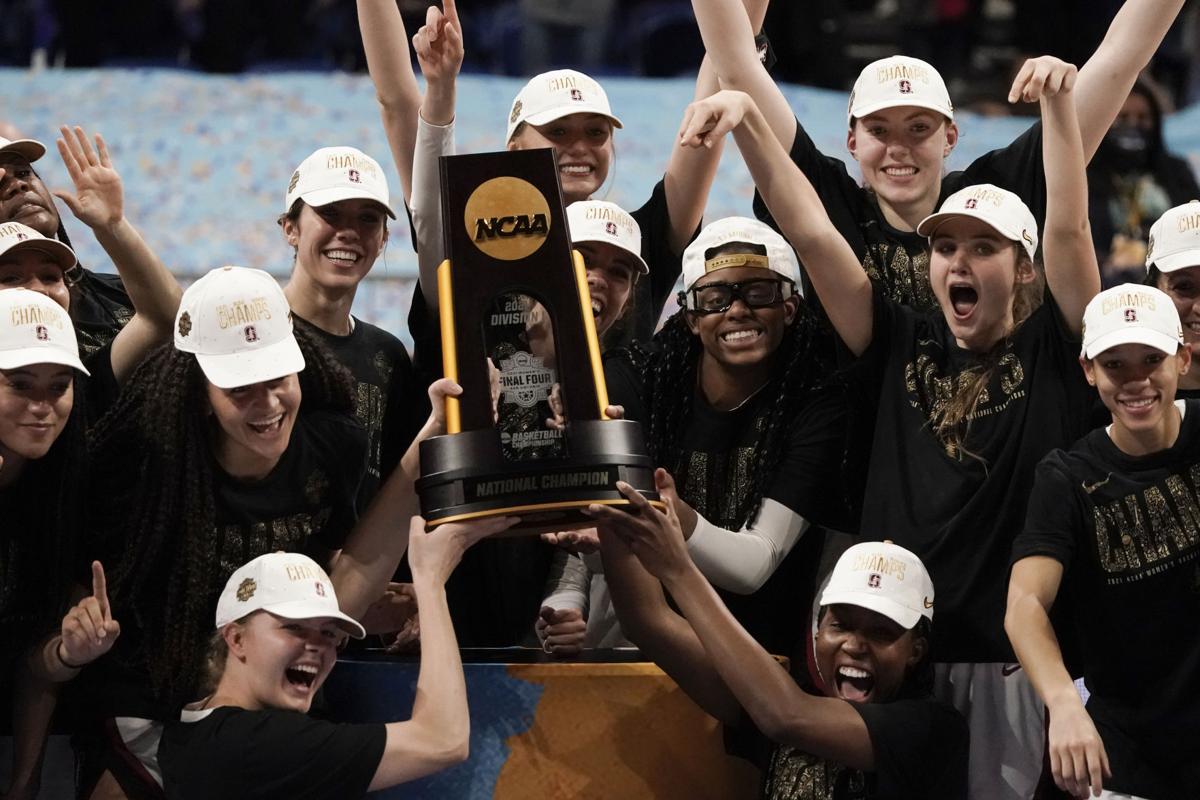 Blister NCAA officials for the tone-deaf disparities in amenities for the Division I men’s and women’s basketball tournaments. Ridicule college sports’ governing body for its plodding approach to name, image and likeness compensation for athletes. So much of the criticism is merited.

But give the NCAA staff this: With invaluable assists from athletes, coaches and medical advisors, they staged riveting postseasons against all odds.

And man, after last year’s cancellations, did college hoops faithful need this.

The national championships won by Stanford’s women Sunday and Baylor’s men Monday teemed with compelling backstories, but merely getting to the trophy presentations during this pandemic was an extraordinary feat.

While everyone laments the COVID-19 outbreak that scrapped VCU’s first-round men’s game against Oregon, the tireless efforts and good fortune required to play 129 of 130 scheduled tournament contests should never be lost.

Oh, and many of the games were exceptional.

For the third consecutive tournament, the three Women’s Final Four games were decided by a combined 15 points or less, with Stanford winning its semifinal versus South Carolina and the title clash against Arizona by 1 point each after last-possession defensive stands.

No Final Four, men’s or women’s, is likely to match the last-second shots Notre Dame’s Arike Ogunbowale made in the 2018 semis against Connecticut and final versus Mississippi State. And no Final Four is likely to approach the exhaustion North Carolina’s men overcame to win triple-overtime epics on consecutive days in 1957 over Michigan State and Kansas (Wilt Chamberlain).

But Haley Jones and her Stanford teammates authored considerable drama in San Antonio, capped by their 54-53 conquest of Pac-12 rival Arizona. Moreover, due to COVID restrictions, they played a scant six of 33 games at home this season, bonding throughout as teammates and road warriors.

“We had some special karma going for us,” said Cardinal coach Tara VanDerVeer, a 2011 Basketball Hall of Fame inductee and the winningest coach in women’s college basketball history (1,125 victories).

Karma appeared to be riding with Gonzaga’s men late Saturday night when Jalen Suggs banked in a runner from just inside midcourt as overtime expired to lift the Bulldogs over UCLA and into the championship game against Baylor.

Gonzaga was attempting to become the first Division I men’s champion to complete an unbeaten season since Indiana in 1976. Baylor was attempting to complete a revival from the hell of 2003, when Bears forward Patrick Dennehy was murdered by teammate Carlton Dotson, the aftermath of which exposed a program corrupt to the core.

Baylor and Drew have been tournament regulars since, a far cry from 2003, when he held on-campus auditions for walk-ons.

“But really credit those guys who won three [Big 12] games that [first] year,” Drew said. “And they laid the foundation. Those guys have stayed with the program and helped support these guys. And that’s what you love, over 18 years, there’s so many people that put in hard work and sweat. All our past players that constantly come back in the summertime, constantly help our young guys, send them messages, encourage them. I mean, it’s their championship as much as ours.”

Drew has built his program around not only long-term perseverance but also shorter-term transfers. The NCAA transfer portal is the way of today’s college sports world, and his evaluations have been spot-on.

Davion Mitchell played sparingly as a freshman at Auburn but this season morphed into a first-team all-Big 12 guard for Baylor. He was the best 3-point shooter (44.7%) on the nation’s best 3-point shooting team (41.3%).

The Bears’ MaCio Teague and Adam Flagler began their respective college careers at UNC-Asheville and Presbyterian, and each was voted the Big South’s Freshman of the Year, Teague in 2017 and Flagler in ’19. Monday night, they scored a combined 32 points and made 5 of 7 beyond the 3-point arc.

Baylor (28-2) didn’t just defeat Gonzaga. All-American Jared Butler and friends dominated from the start, never trailing, leading by at least 9 points for the final 35 minutes and coasting to an 86-70 win.

In their final three games, versus Arkansas, Houston and Gonzaga, the Bears trailed for 63 seconds. Total. They never trailed during the final 10 minutes of any tournament contest, and their championship places Baylor in select company.

The only schools to win Division I men’s and women’s national basketball titles are UConn, Maryland, North Carolina, Stanford and, now, Baylor.

“I can tell you in the coaching fraternity, getting to a Final Four, very similar to winning a national championship,” Drew said. “There’s usually some luck that goes into that. And we didn’t even have to be lucky because our guys were so dominant this entire tournament … and that just speaks volumes to them.”