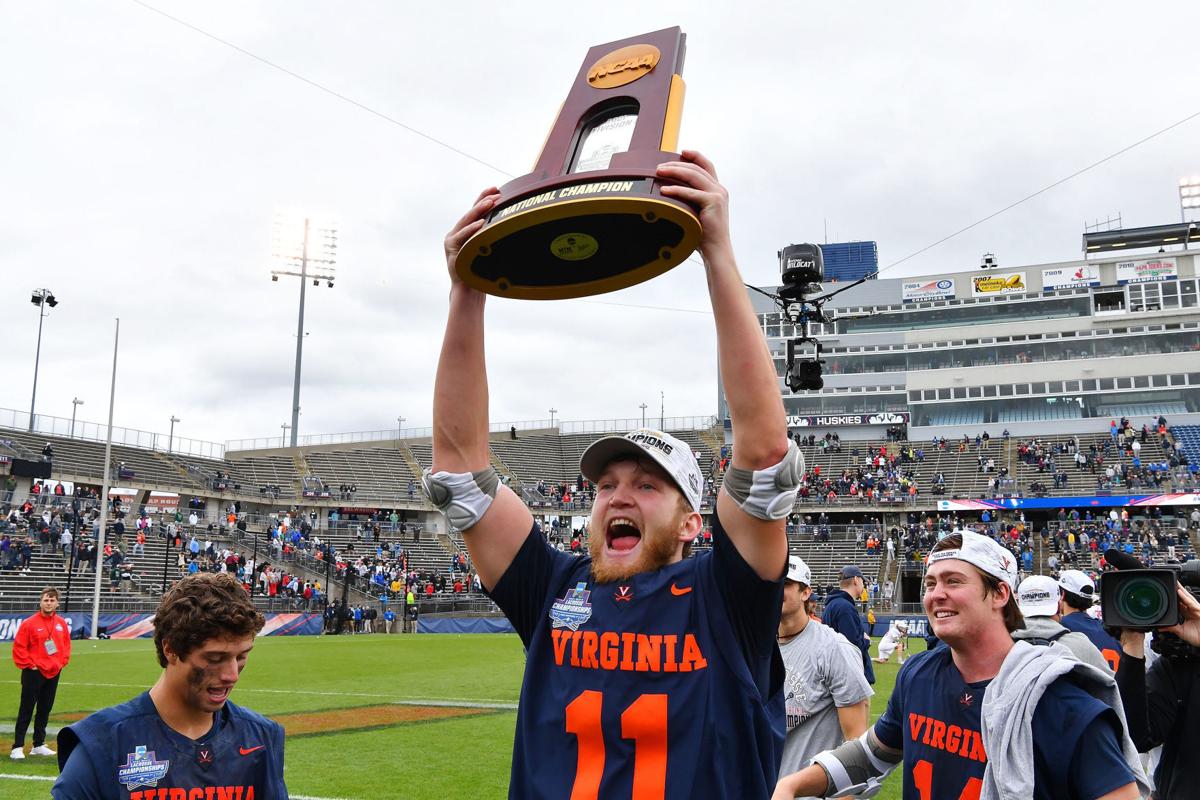 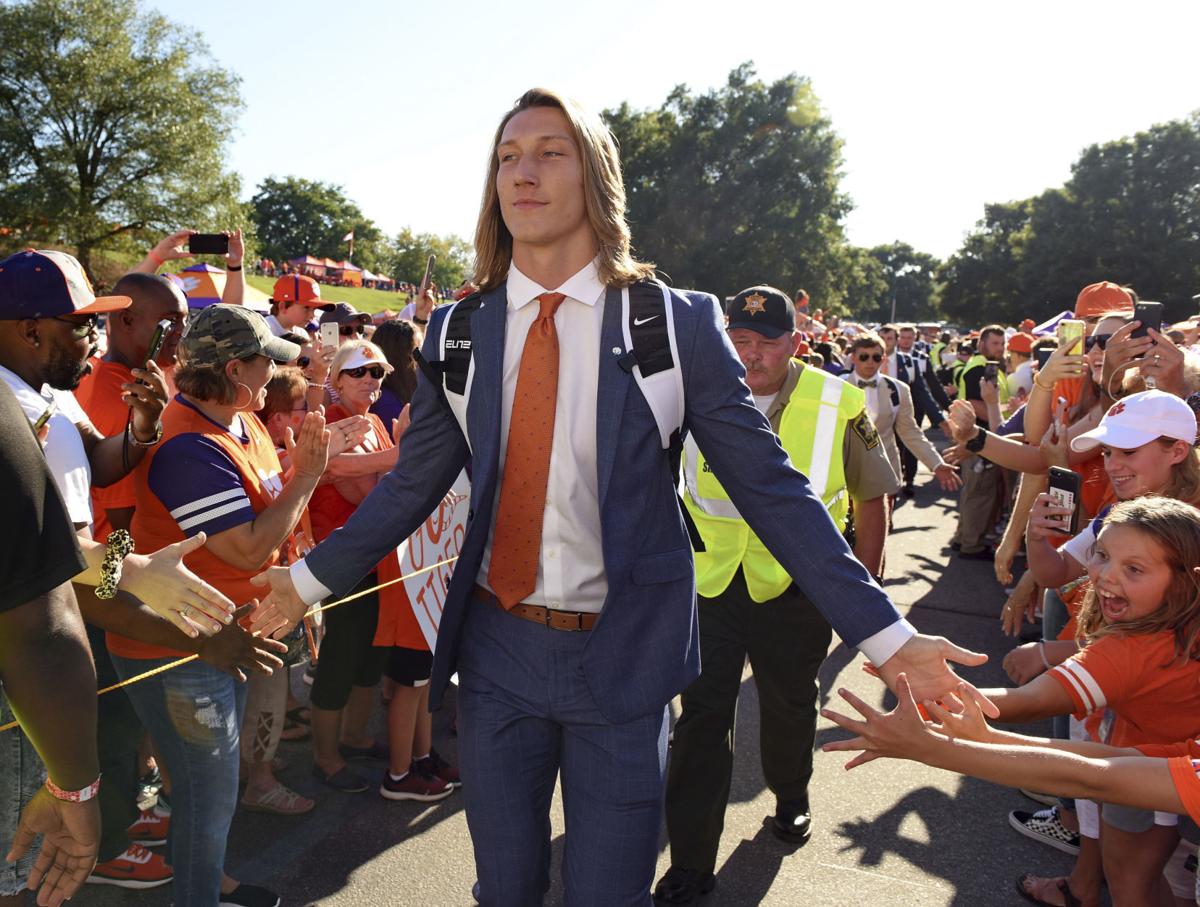 Clemson quarterback Trevor Lawrence was the No. 1 pick in the NFL draft and led the Tigers to a sixth straight ACC title and College Football Playoff appearance. He also led a movement that dissuaded schools from scrapping fall sports amid the pandemic.

By any standard, the ACC’s collection of NCAA team and individual championships in 2020-21 was notable.

Add the retirement of five long-serving icons, and the year becomes historic.

Consider a global pandemic that disrupted schedules throughout, brought Notre Dame football into a conference for the first time and derailed North Carolina State’s College World Series, and the past 12 months become unprecedented.

Next week in Charlotte, N.C., the ACC community will gather for football media days, the unofficial start to the 2021-22 calendar. But before asking Zaila Avant-garde to spell Uiagalelei, a send-off for a year none of us will soon forget.

“Send-off” and not “tribute” because for the first time since 2013, no ACC men’s or women’s basketball team reached the Final Four. Also, the league’s football programs failed to win a bowl for the first season since 1983.

Those are warts you can’t cover up, shortcomings in the most visible and important college sports.

But five NCAA team championships and 20 individual titles aren’t to be dismissed. Nor are top 25 finishes in the Directors’ Cup all-sports standings by No. 4 North Carolina, No. 11 Virginia, No. 14 Notre Dame, No. 16 Florida State, No. 21 Duke and No. 23 N.C. State (the Wolfpack’s second-best Cup placement).

Top school: Virginia’s three ACC titles were less than half of Duke’s seven, and the Cavaliers finished south of North Carolina in the Directors’ Cup. But among ACC programs, only UVA earned multiple national championships (men’s lacrosse and women’s swimming).

Moreover, the Cavaliers’ NCAA lacrosse title was their second straight, and their swimming championship was the ACC’s first — men or women — with N.C. State giving the league a 1-2 finish. The 2020-21 academic year marked the fifth in which Virginia won multiple national titles, and UNC is the lone conference rival to do it more often (11 times).

Matson was the national player of the year in field hockey for the second straight season, led the Tar Heels to a third consecutive NCAA championship and scored the winning overtime goal in the national final against Michigan. North managed to exceed her, scoring an NCAA-record 102 goals, winning every conceivable individual award and carrying the Eagles to their first national title — they defeated ACC rival Syracuse in the final.

En garde: Notre Dame accounted for the ACC’s other NCAA banner, in co-ed fencing, this after the Fighting Irish were forced to withdraw from the conference championships because of COVID-19 protocols.

Most influential athlete: Trevor Lawrence quarterbacked Clemson to a sixth consecutive ACC championship and College Football Playoff appearance and was the No. 1 pick of the NFL draft.

But his most enduring impact occurred off the field.

Lawrence was essential to not only the #letusplay movement that dissuaded administrators from scrapping fall sports but also social activism that helped persuade Clemson officials to change the names of a campus building and the university’s honors college.

COVID cameo and curse: When the pandemic torched college football schedules nationwide, independent Notre Dame was in a lurch. The Irish’s conference home for other sports, the ACC, bailed them out, and the one-year rental elevated both.

Notre Dame and Clemson reached the College Football Playoff, giving the conference two teams in the semifinals for the first time, and their double-overtime regular-season epic in South Bend, Ind., won by the Irish, was a ratings bonanza. Their rematch in the ACC championship game six weeks later — the Tigers won comfortably — was the first clash of top five teams in the event’s 16 years.

COVID-19 wasn’t nearly as benevolent to N.C. State at the College World Series, where a virus outbreak caused the Wolfpack’s removal from the tournament.

A victory away from the championship series, N.C. State baseball became the only team excused from an NCAA postseason because of COVID after advancing in the bracket.

Talent drain: Generational talents such as Lawrence depart college sports annually, part of the enterprise’s natural roster turnover. But rarely, if ever, has a conference experienced the volume of marquee retirements that hit the ACC in 2020-21.

As intriguing were their successors, most of whom were hired from within.

The exception was Northwestern athletics director Jim Phillips, selected to replace John Swofford as the league’s commissioner. The ACC’s longest-tenured commissioner, Swofford exited Feb. 1 after 24 years in the position and more than four decades of administrative service in the conference.

With a combined 119 years at their respective ACC schools as head coaches, assistants and students, not to mention 13 national championships as big whistles, Hall of Famers Mike Krzyzewski, Roy Williams and John Desko also are institutions. Their retirement announcements this spring were jarring and created openings that Duke, North Carolina and Syracuse wasted no time in filling with alumni.

The Orange shifted women’s lacrosse coach and former All-American Gary Gait to the men’s team, while the Blue Devils and Tar Heels handed two of college basketball’s most storied programs to assistant coaches Jon Scheyer and Hubert Davis. Gait and Davis already have transitioned; Scheyer will succeed Krzyzewski in 2022-23.

Krzyzewski isn’t the only towering figure leaving Duke. Athletics director Kevin White departs next month after 13 years at the school and 48 in college athletics, succeeded by deputy Nina King.

The transition is ideally timed. White has expressed serious reservations about name, image and likeness compensation for college athletes, while King has embraced this groundbreaking change.

NIL will be a primary topic at next week’s ACC football gathering, where the attendees will include Clemson quarterback and spellcheck favorite D.J. Uiagalelei.

Clemson quarterback Trevor Lawrence was the No. 1 pick in the NFL draft and led the Tigers to a sixth straight ACC title and College Football Playoff appearance. He also led a movement that dissuaded schools from scrapping fall sports amid the pandemic.