Teel: UVA's Brennan Armstrong among the ACC quarterbacks dominating the national stats
0 Comments
Share this
1 of 2 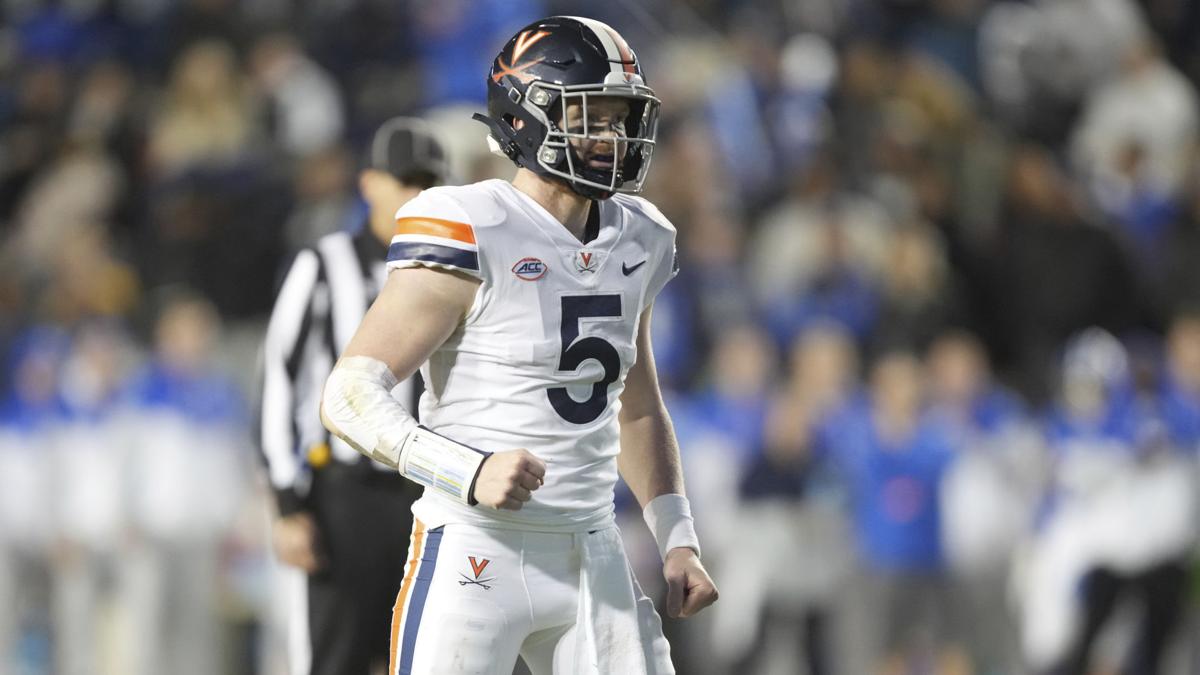 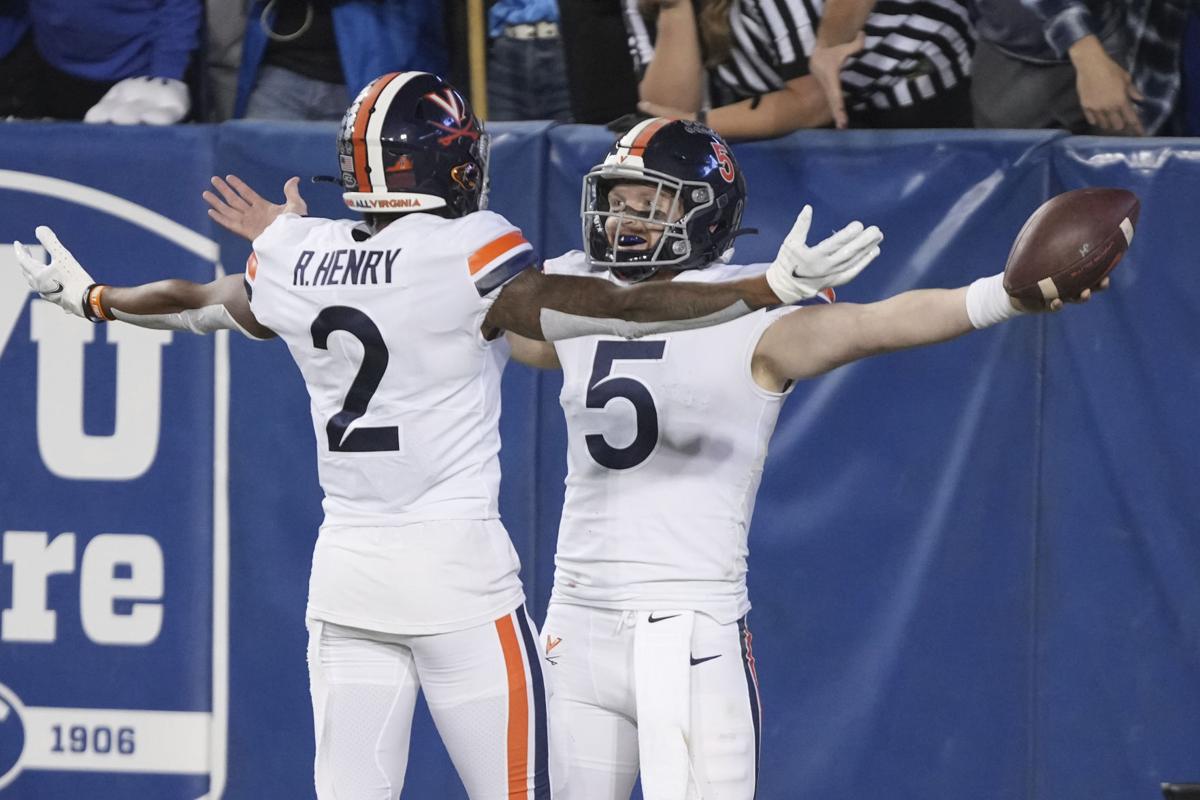 Moreover, each of them ranks among the top six nationally in total offense, with Louisville’s Malik Cunningham, the most elusive of the group, not far behind at No. 15.

Translation: Five of the Bowl Subdivision’s top 15 in total offense are ACC quarterbacks, a collection of riches reminiscent of 2016, the gold-standard season of quarterback play in the conference.

In 2016, Jackson and Watson finished 1-2 in Heisman Trophy voting, joining Oklahoma’s Sam Bradford and Texas’ Colt McCoy from 2008 as the only quarterbacks from the same league to lead the Heisman balloting.

“I thought my first year here, in 2016, [the quarterback play] was probably as good as you would find anywhere at any time,” Hokies coach Justin Fuente said. “Jerod Evans had one of the best statistical years in the history of Virginia Tech football, and he wasn’t even close to what the other guys were doing. ... It was just incredible.”

But the all-ACC quarterbacks were Jackson, Watson and Trubisky.

Devin Leary may be this season’s Jerod Evans.

Thanks in large measure to Leary, N.C. State is ranked 16th by the College Football Playoff selection committee. He averages 275 yards passing, and his 25/3 touchdown pass/interception ratio ranks fourth among Bowl Subdivision quarterbacks with at least 20 scoring passes.

The three ahead of him are Pickett, Alabama’s Bryce Young and — avert your eyes, Hokies faithful — Tennessee’s Hendon Hooker, a transfer from Virginia Tech, where quarterback performance this season has been, to be charitable, deficient.

Leary had six consecutive games with multiple touchdown passes and no interceptions, a streak that ended in last week’s victory at Florida State only because he threw a pick on a Hail Mary to close the first half.

And let’s not sleep on Miami freshman Tyler Van Dyke. He inherited the starting gig when incumbent D’Eriq King sustained a season-ending shoulder injury, and in the last three games he’s thrown for 1,140 yards and 10 touchdowns, with only one pick.

Not coincidentally, the Hurricanes won those three games, over Leary and N.C. State, Pickett and Pitt, and Georgia Tech.

The best part of all this? With the Atlantic and Coastal Division titles in the balance, the ACC’s elite quarterbacks will clash frequently during the regular season’s final three weeks.

Acclaimed a Heisman candidate in preseason, Howell was quickly discarded after throwing three picks in the Tar Heels’ season-opening loss at Virginia Tech. But he’s been exceptional since, with three games in which he’s passed for more than 300 yards and rushed for more than 100.

Pickett has thrown for multiple scores in every game this season and leads the ACC in completion percentage at 68.7. Most impressive: his 29/3 touchdown pass/interception ratio.

Of the 16 quarterbacks in ACC history to throw for at least 29 touchdowns in a season — the group includes Watson, Jackson, Howell, N.C. State’s Russell Wilson, Clemson’s Trevor Lawrence, Boston College’s Matt Ryan and Florida State’s Chris Weinke — the only one to approach Pickett’s current ratio was Lawrence, who had 30 scoring passes and only four picks as a true freshman in 2018, leading the 15-0 Tigers to the national championship.

Two days after the Pickett-Howell clash, No. 12 Wake Forest (8-1, 5-0) hosts N.C. State (7-2, 4-1), the winner seizing command of the Atlantic Division. The Deacons rank among the FBS’ top 10 in scoring, yards per game and yards per play, and they are the nation’s only team to score at least 35 points in every game this season.

Wake averaged a school-record 36 points per game last year and is on pace to shatter that standard this season. The Deacons are the nation’s No. 3 scoring team at 44.7 points per game, behind only Pitt (45.0) and Ohio State (44.9).

Credit Hartman, who is ninth nationally in passer rating and trails only Pickett in the ACC. He has choreographed Wake’s slow-mesh RPO offense (run/pass/option) expertly for the past two seasons, and absent glaring fourth-quarter defensive breakdowns in last week’s 58-55 setback at North Carolina, the Deacons would be undefeated.

They’re certainly capable. Armstrong leads the country in total offense (425.3 yards per game and ranks second in passing (395.2 yards per game), though his status for Saturday against Notre Dame is unknown following the rib injury he sustained in a 66-49 defeat at Brigham Young.

The final regular-season encounter among the ACC’s premier quarterbacks will be North Carolina’s visit to N.C. State on Black Friday. The conference’s championship game Dec. 4 also figures to showcase two of the best.

“I think everybody is so clear outcome is tied to quarterback play at a disproportionate level,” UVA coach Bronco Mendenhall said. “Man, if you’re not exceptional at that position you’re already behind all of your opponents.”