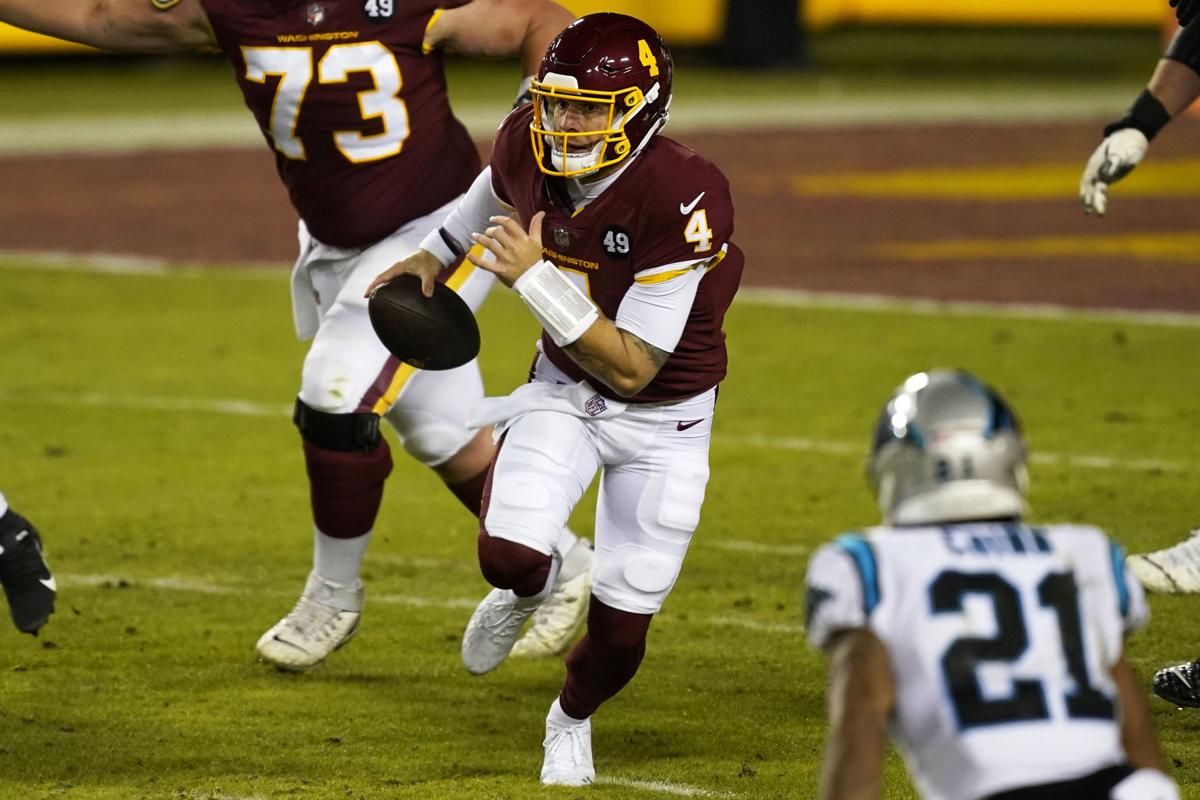 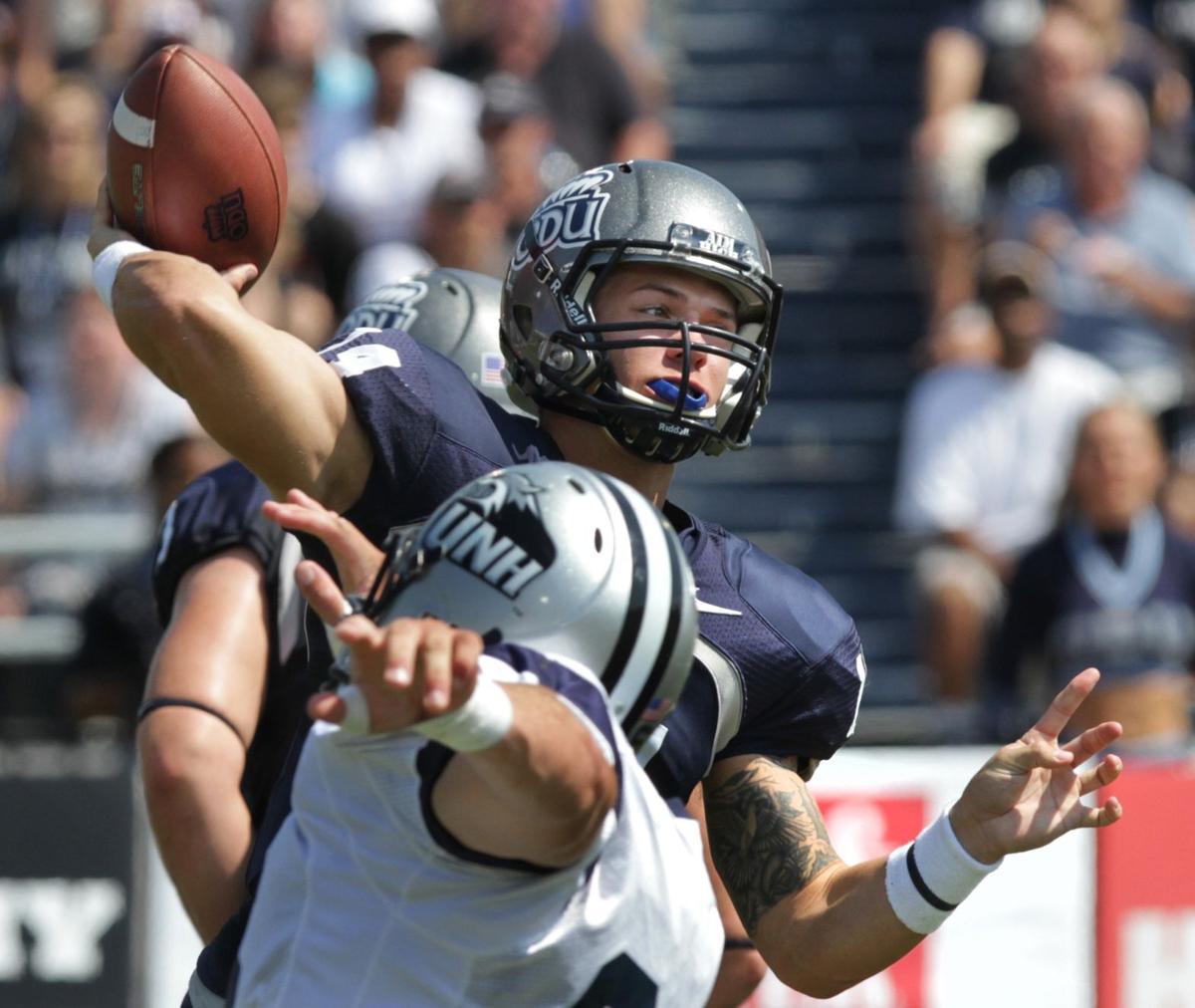 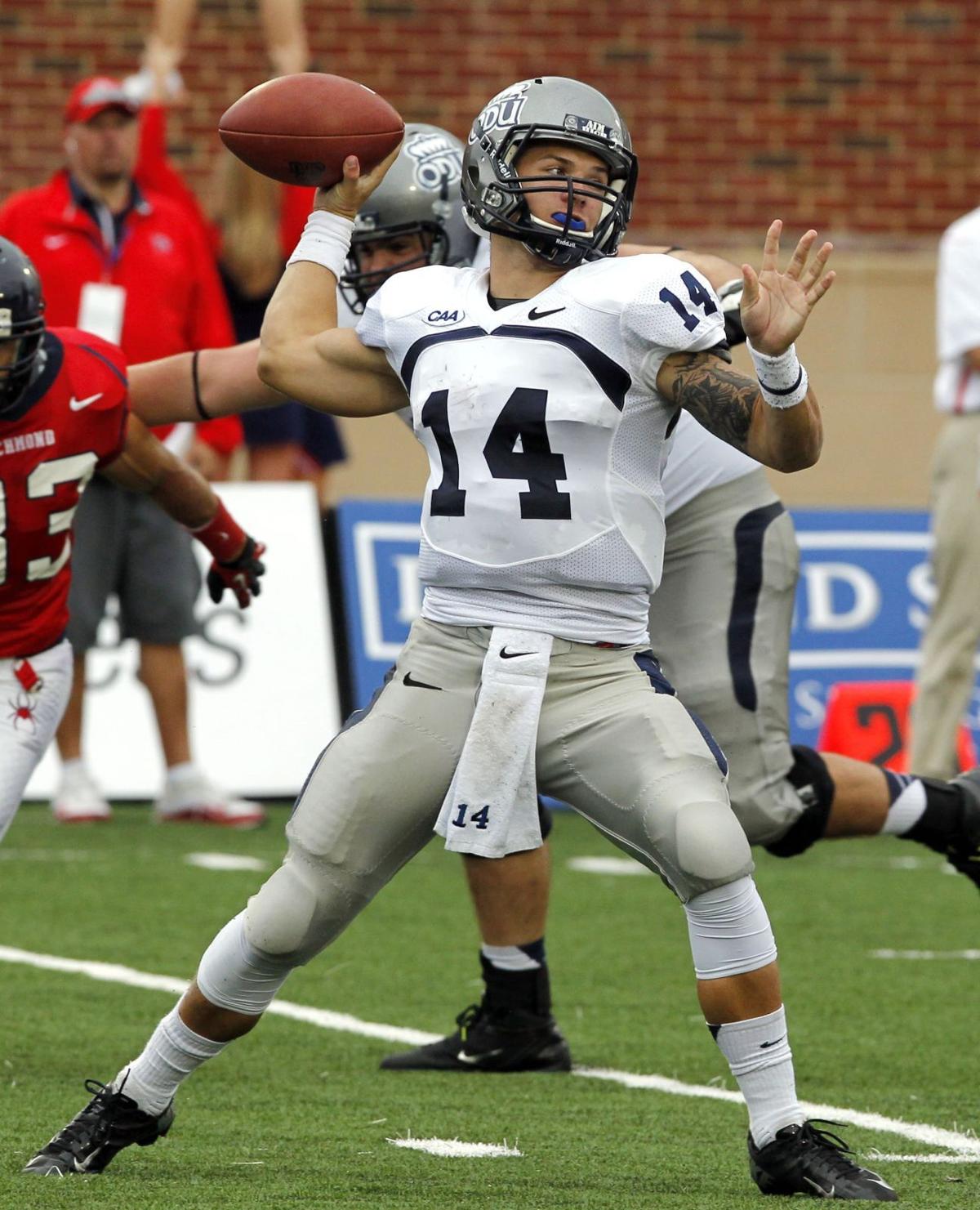 Taylor Heinicke was a force at quarterback at Old Dominion, where he threw for 14,959 yards and 132 touchdowns and set several FCS records.

Indeed, as then-Old Dominion football coach Bobby Wilder walked into Heinicke’s home near Atlanta a decade ago, he found a 6-foot, 175-pound quarterback prospect “who was all skin and bones.”

But Wilder, Monarchs offensive coordinator Brian Scott and quarterbacks coach Whitcomb were swayed more by Heinicke’s talent, potential and presence than his stature. He was the Class 5A player of the year in Georgia at Collins Hill High, and his 4,218 passing yards as a senior in 2010 ranked second in state history.

That afternoon, watching the Heinicke family’s beloved Green Bay Packers, talking football and feasting on brats, furthered the ODU staff’s conviction. Power Five, and even lower-rung Bowl Subdivision programs, weren’t recruiting Heinicke aggressively, but the Monarchs were all in.

“If he’s 200 pounds and an inch taller, I don’t think he comes to Old Dominion,” Wilder said this week as Heinicke and the Washington Football Team prepared for Sunday’s regular-season finale at the Philadelphia Eagles.

That much is clear. The WFT’s starting quarterback is not.

Alex Smith is the roster’s most-accomplished quarterback but is nursing the right calf injury that shelved him for Sunday’s 20-13 loss to the Carolina Panthers. He’s listed as questionable to play against the Eagles. Kyle Allen dislocated an ankle in early November, and 2019 first-round draft choice Dwayne Haskins played and behaved his way into unemployment.

The bizarre confluence could press Heinicke, signed Dec. 8 as an insurance policy, into his second NFL start, his first in two years.

After watching him steer ODU to 13 one-score victories from 2011 to 2014, Wilder is certain Heinicke would not blink against Philadelphia, high stakes notwithstanding.

“We knew in preseason of ’11 that he was going to be special,” Wilder said.

Despite the impressive training camp, the Monarchs planned to redshirt Heinicke. But in the season’s fifth game, against No. 20 Massachusetts, starter Thomas DeMarco sustained an ankle injury that trainers quickly diagnosed as long-term.

Heinicke engineered three fourth-quarter touchdown drives against UMass and never looked back. He led ODU to the second round of the Championship Subdivision playoffs and completed the year with 25 touchdown passes and one interception.

Two weeks after the season, Heinicke’s father, Brett, died suddenly of a heart attack at age 50. The two were inseparable, and Heinicke leaned on his football family, not only at ODU but also home in Georgia, where his high school coach, Kevin Reach, and personal trainer, Earl Williams, were invaluable.

“Boy, I give Taylor a lot of credit,” Wilder said. “That wasn’t just his dad. That was his best friend.”

A tribute to Brett tattooed on his left arm, Heinicke was voted the nation’s best FCS player in 2012. He threw for an FCS-record 5,076 yards and accounted for 55 touchdowns, 44 passing and 11 rushing.

The centerpiece was a 64-61 victory over New Hampshire, four hours of frantic entertainment that fried every abacus and calculator in sight.

The Monarchs trailed 47-24 midway through the third quarter, prompting scores of disgruntled ODU fans to exit Ballard Stadium. But Heinicke threw for 480 yards in the second half, 293 in the fourth quarter, both FCS records, and by game’s end, folks were clamoring to get back into the stadium.

Heinicke finished 55 of 79 passing for an FCS-record 730 yards, a mark that still stands, not to mention five touchdown passes, 61 yards rushing, a rushing touchdown and no interceptions. His 791 yards of total offense are also an FCS single-game record.

The Monarchs later defeated Richmond, James Madison and William & Mary en route to an 11-2 season. They advanced to the playoff quarterfinals and led FCS in scoring (45.2 points per game), total offense (548.2 yards) and passing offense (393.8 yards).

As a junior and senior, the ever-humble Heinicke shepherded ODU’s elevation to the FBS, concluding his college career with 14,959 yards passing, 132 touchdown passes and 22 rushing touchdowns. During his four seasons, ODU went 35-15 and averaged 39.3 points per game.

But Heinicke’s lack of size and Power Five pedigree led most NFL staffs to dismiss his prospects. The Minnesota Vikings were the exceptions, and quarterbacks coach Scott Turner vetted Heinicke through workouts, video sessions and a dinner.

“When I saw that transpire — he was on our campus for two days and put Taylor through all that — I said, ‘OK, there’s something to this. This could lead to something better,’” Wilder said.

As an undrafted free agent, Heinicke bounced from Minnesota to New England to Houston to Carolina, the latter a reunion with Turner. When a shoulder injury sidelined Cam Newton late in the 2018 season, Heinicke started the Panthers’ 24-10 loss to Atlanta, throwing for 274 yards and a touchdown, with three interceptions, before dislocating an elbow.

“He’s a really good athlete,” Turner said. “He wasn’t invited to the [NFL draft] combine, but if he would’ve been, I think he would’ve finished in the top-3 in all those athletic categories whether it’s 40-yard dash, vertical jump, broad jump. … He throws a nice ball. His issue is he’s 6-foot, 200 pounds. He’s a littler guy.”

Russell Wilson, Kyler Murray and Baker Mayfield lack prototypical size, too. Heinicke isn’t blessed with their gifts, but even as he pursued his math degree from ODU this fall, he trained, and it showed Sunday.

In late relief of Haskins against Carolina, Heinicke threw for 137 yards, 29 on a touchdown strike to running back J.D. McKissic. He also ran for 22 yards on three carries.

“He wasn’t going to panic,” Wilder said. “That was Taylor being Taylor.”

Not bad for a guy who was out of the league last season, had limited practice reps with his new team and has now attempted 77 NFL passes.

“Not knowing him that much but the way he went out there and played you can tell he understands the offense, knows the system,” McKissic said. “He’s a confident guy. … He’s been here before, man. He’s a baller.”

Taylor Heinicke was a force at quarterback at Old Dominion, where he threw for 14,959 yards and 132 touchdowns and set several FCS records.