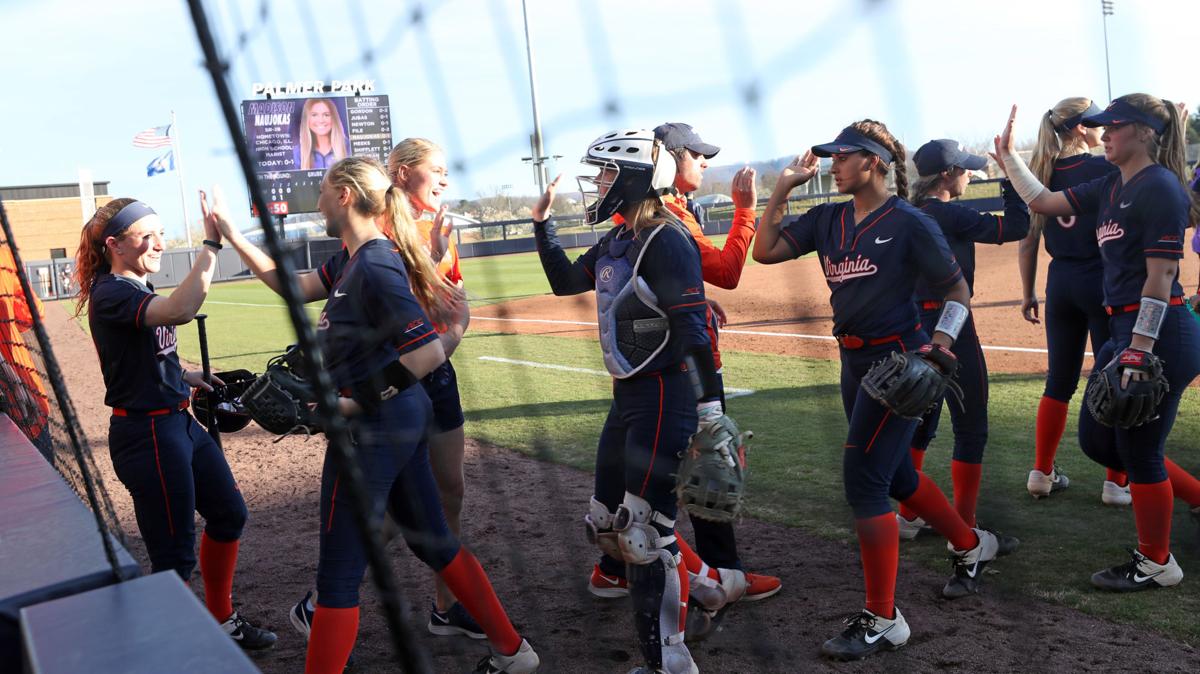 Virginia players walk off the field during the home opener against James Madison at the new Palmer Park in March. 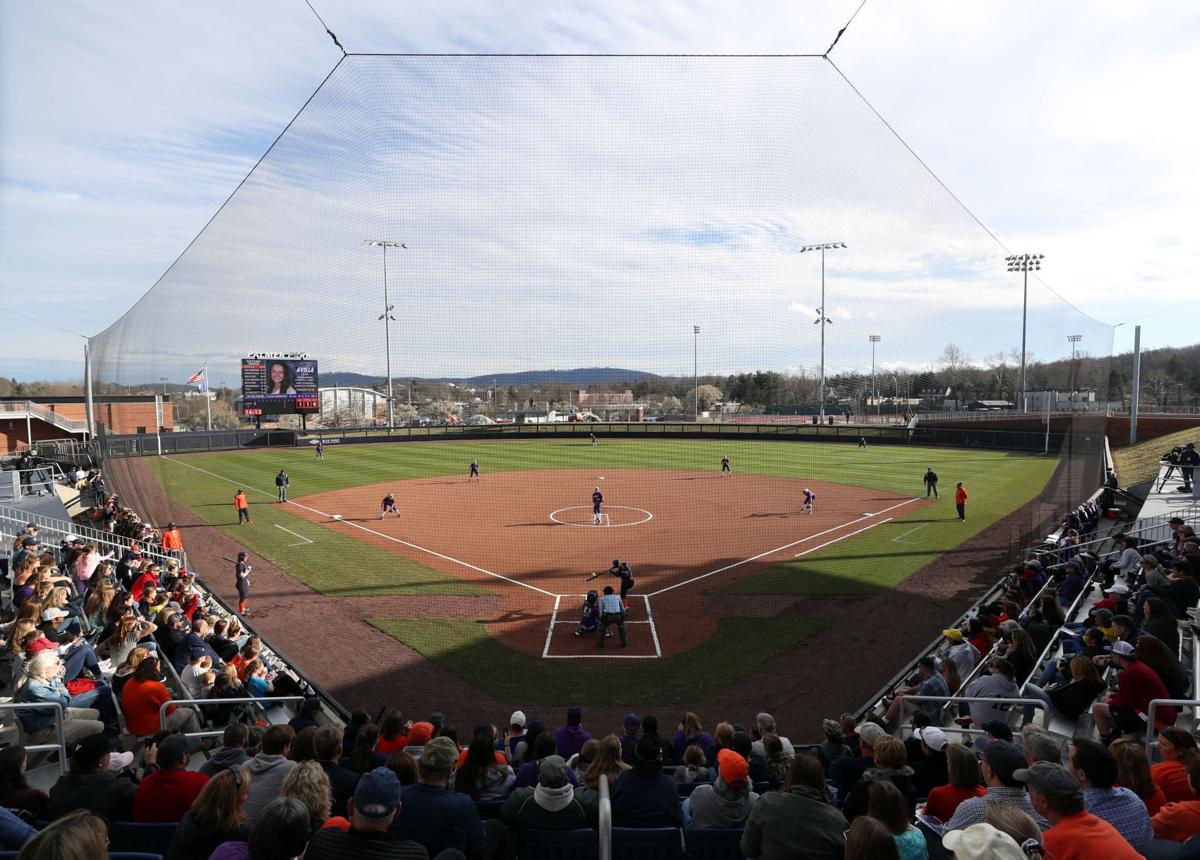 A large crowd attended the home opener against JMU in the new Palmer Park softball stadium at the University of Virginia in March.

UVA coach Joanna Hardin says it might be because the season was cut short.

Regardless of the cause, more than 350 collegiate softball players entered the transfer portal this year.

“It’s been more active than I anticipated,” Hardin said.

Overaitis is coming from the University of Michigan. Last year as a freshman, Overaitis mostly waited in the wings behind a crowded field of upperclass talent. She ended the year with 51 at-bats and batted .255.

This year, she began the season poised to start at second base, but ended up splitting the position with freshman infielder Julia Jimenez. D’Amour said circumstances like these often push players to enter the transfer portal.

That issue may be exacerbated for this year’s freshmen. With the season cut, few rookies had the time or at-bats to solidify a starting spot.

The Hokies didn’t have any freshmen regularly starting in 2020. Their lineup is dominated by the class of 2022 — six of their nine regular starters were sophomores this season.

With a “double class” of freshmen and players opting to take the extra year of eligibility, rosters might be crowded this year. Instead of facing the increased competition, many players decided to leave.

Virginia Tech is familiar with the transfer portal. During the past few years, it’s lost several players, including two ace pitchers, to top 10 programs such as Oregon, Alabama and Oklahoma State.

This year, it appears the Hokies should brace themselves to lose more. Several VT freshmen are in the transfer portal.

Hardin said, even in a good year, it’s hard to assess the talent of players in the portal. With an abbreviated season, taking a chance on a freshman is almost a leap of faith.

“This year is odd because of how short the season was cut,” she said. “Even a freshman who did play a lot of games. A lot of teams only got four weeks of stats, so that’s not all that much. It’s a small sample size — positively or negatively.”

D’Amour doesn’t see that as much of an issue. He’s more interested in how the player performed in high school than how many at-bats they’ve gotten in college.

While he sees a few tweaks that could be made in her swing, D’Amour is confident he’s obtained an “elite hitter” in Overaitis. She played for the Beverly Bandits, one of the most competitive club teams in the country, and won the PGF national championship in 2017.

D’Amour had even fewer recent stats to weigh with his second newcomer.

Milius spent two years at Connecticut State. She finished her freshman season in 2019 with a batting average of .374 and 19 runs. Milius sat out the abbreviated 2020 season with an injury.

When she entered the portal, D’Amour had never seen her play and didn’t know much about her. He asked her to send videos of her swings. She didn’t have any, so she went into her backyard and recorded herself throwing and hitting the ball.

Until two years ago, players had to get permission from their original school before contacting other coaches, and the school could deny their requests.

In October 2018, the NCAA created the transfer portal, making it much easier for athletes to switch schools. There were a large number of transfers right away. The most notable was when half of Oregon’s team entered the portal after a coaching change last year. Still, this year’s spike is unprecedented in the practice’s short history.

There are several contributing factors. Hardin said there have been more graduate transfers this year, primarily coming from the Ivy League, where redshirting isn’t an option.

Budget cuts are also part of the equation. Wright State cut its softball program on June 3, leading most of its players to join the portal.

The early activity is dying down on the portal. Some players are still making moves, but others likely will return to their original schools.

D’Amour said he barely even checks the portal anymore.

He says he’s gotten everything he needs.

W&M's shift comes as it faces a lawsuit that points out flaws in the school's discontinuation plan.

Last Wednesday, Nick Sherod was among the University of Richmond players involved in a spirited workout at the school’s recently opened Queall…

Basketball is in the blood for New Zealander Tera Reed, who's been a force at VCU for three years and counting

Hendon Hooker “broke it down” for his roommate, Virginia Tech football teammate Khalil Herbert. The team’s medical screenings brought on by CO…

The University of Richmond revealed plans to build the Queally Athletics Center in February of 2018. On-site work began during the spring of 2…

Virginia players walk off the field during the home opener against James Madison at the new Palmer Park in March.

A large crowd attended the home opener against JMU in the new Palmer Park softball stadium at the University of Virginia in March.