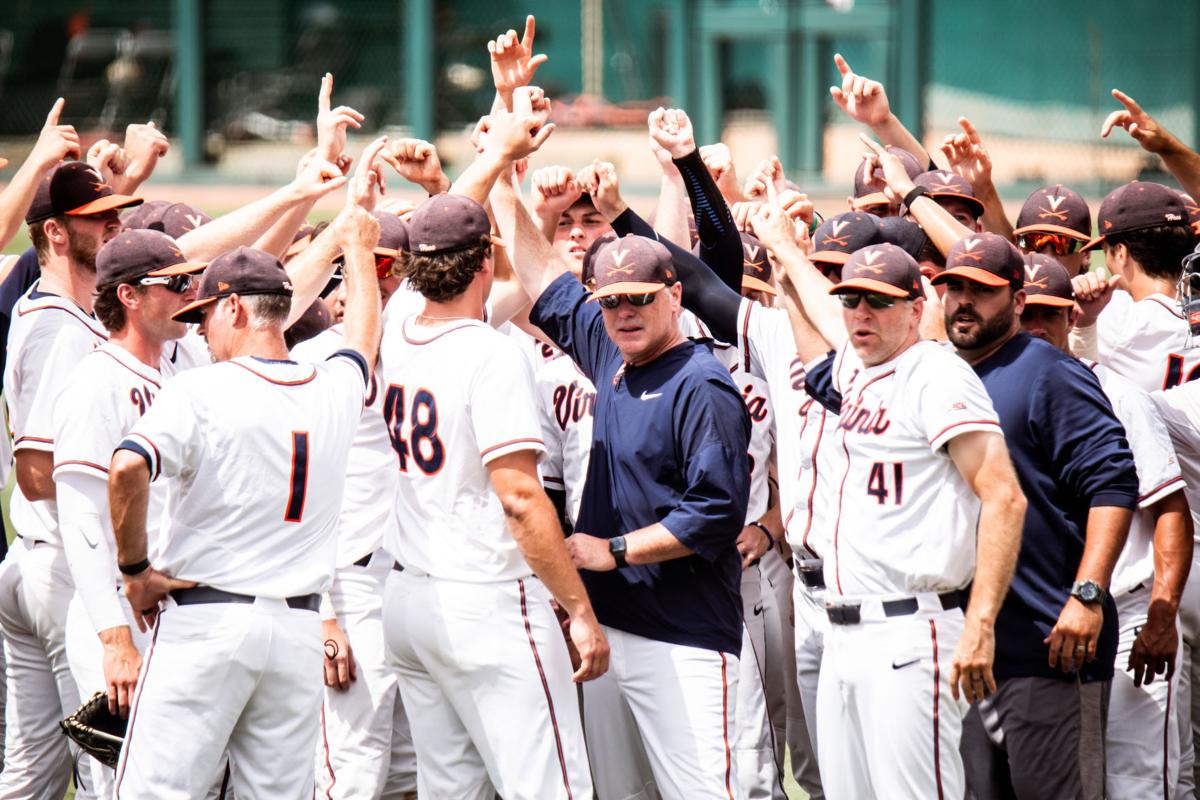 The Virginia baseball team huddles after Sunday’s win over Dallas Baptist in Game 2 of the Columbia Super Regional. 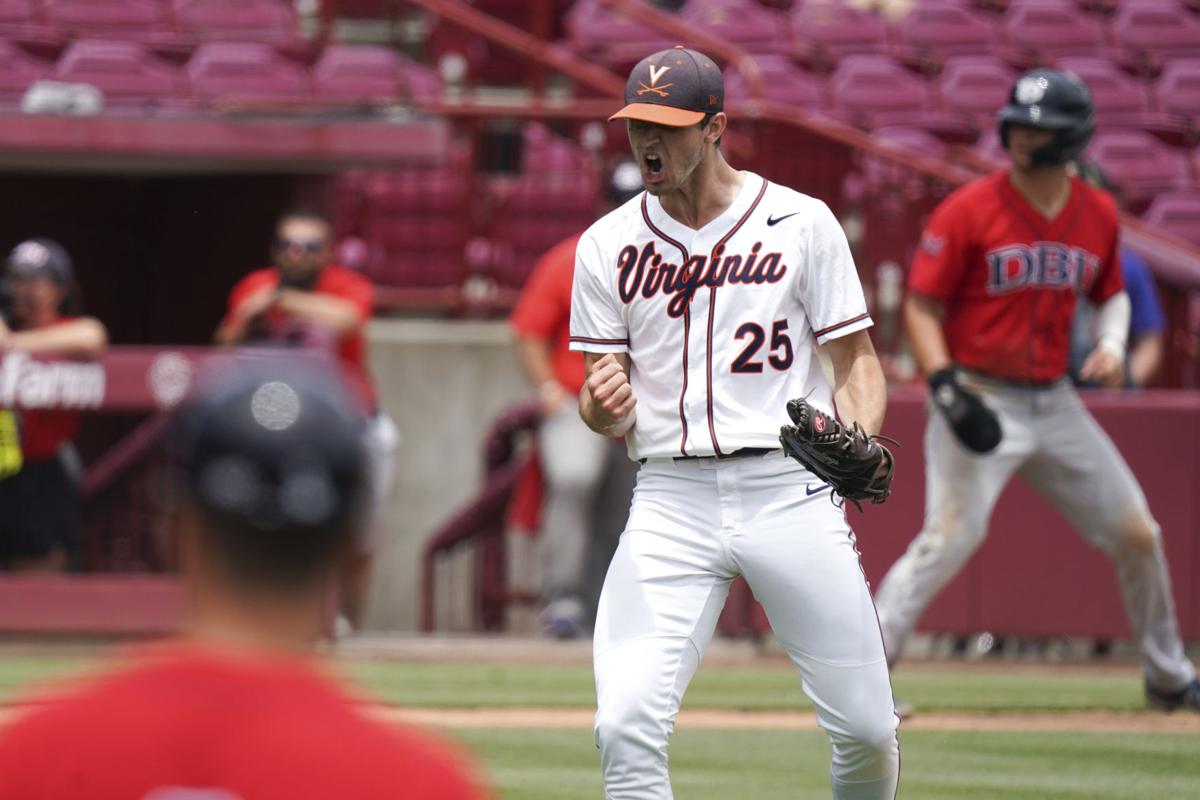 Virginia pitcher Griff McGarry pitched seven-plus scoreless innings in the Cavaliers’ 4-0 victory over Dallas Baptist in Game 2 of the Columbia (S.C.) Super Regional. He entered the game with a plus-7 ERA. 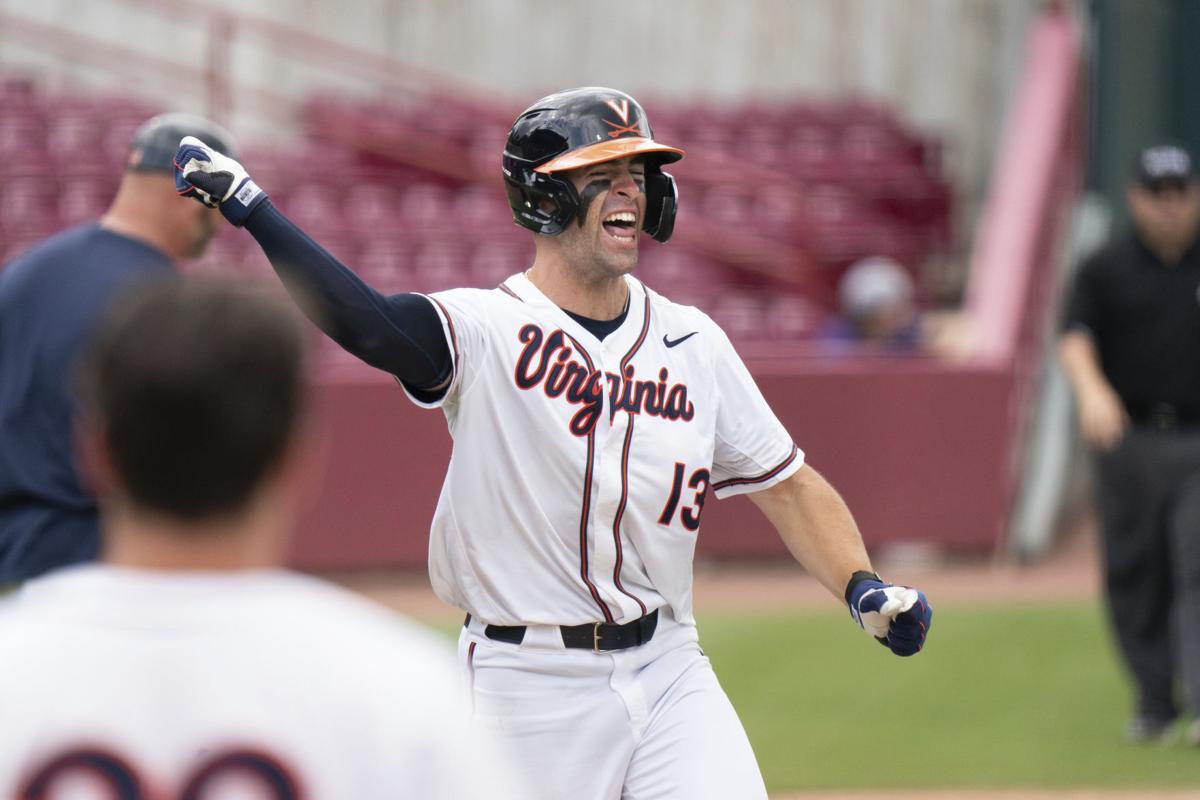 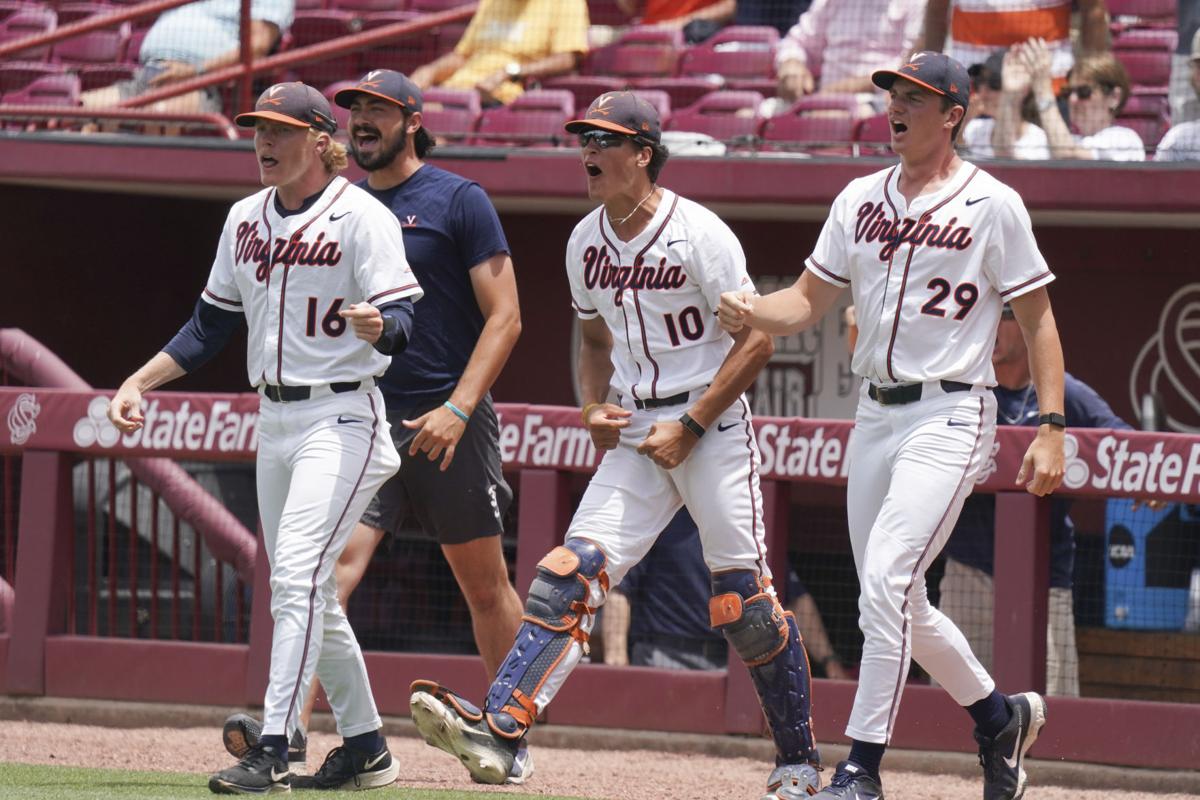 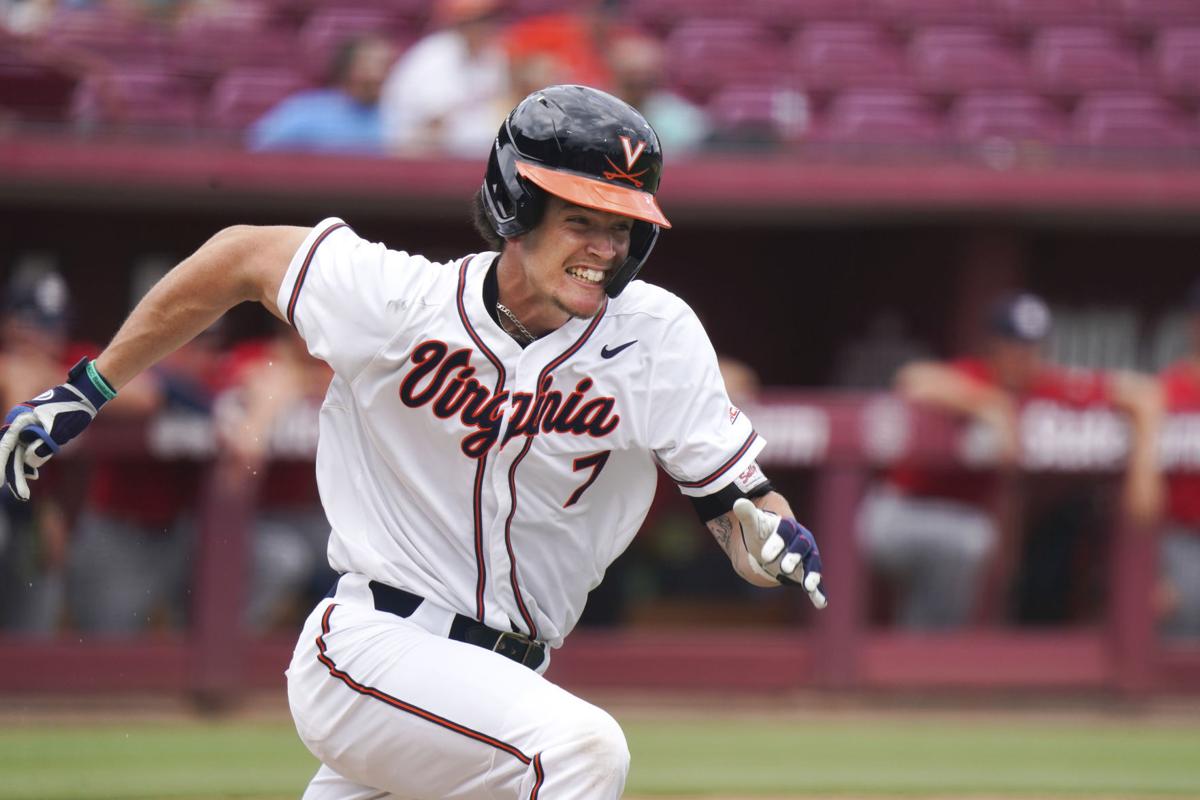 COLUMBIA, S.C. — With Sunday serving as the latest example, the new voice adding to the Virginia baseball coaching decisions has been hot this postseason.

The Cavaliers are on the brink of a fifth trip to the College World Series in a dozen years after blanking Dallas Baptist 4-0 on Sunday in Game 2 of an NCAA super regional series at Founders Park. Surprise starter Griff McGarry, who had a plus-7 ERA entering the game, was brilliant against one of the nation’s top lineups.

McGarry’s performance — 10 strikeouts, two hits, seven-plus innings — helped improve UVA’s record to 5-0 in elimination games this NCAA tournament. After winning a 13-8 slugfest over Jacksonville last Saturday, Cavalier pitchers have been the team’s story with a 2.86 ERA.

This NCAA tournament has been their first together. Their late-night hotel meetings have led to afternoon success.

“He’s very, very thoughtful,” O’Connor said of Dickinson, who was part of four NCAA tournament teams at Illinois. “He has conviction about who he thinks can get us off to a good start. He believes in all of his guys, but he’s been right on with our conversations about what the right thing to do is.”

It was Kuhn in 2015 who was instrumental in Adam Haseley‘s come-from-nowhere start in Game 2 of the CWS Finals against Vanderbilt. Dickinson earlier this season had enough trust in McGarry to see past his rough outings.

“I don’t know how many times in a week [Dickinson] would say to me, ‘Coach, I’m telling you, Griff McGarry is going to be huge for us. He’s better. He’s figuring it out,’” O’Connor recalled Sunday.

On Monday, O’Connor will take the Cavaliers into the deciding game of a super regional for the fifth time in his career. He’s 3-1 in these situations. To go 4-1, he’ll lean on Dickinson.

McGarry, who had eight strikeouts against Old Dominion in last week’s regional play, had four Sunday in one inning thanks to a dropped third strike and advancement by DBU’s Ryan Wrobleski.

McGarry’s appearance in Sunday’s eighth inning made him Virginia’s first starter to last more than seven frames since Brandon Waddell, another program hall of famer, went seven-plus in a 1-0 win over Florida in the 2015 College World Series.

Virginia’s been no stranger to delays during its extended stay in Columbia, but Sunday’s, for once, wasn’t weather-related.

After issuing a leadoff walk to DBU’s George Specht, McGarry was forced off the mound after Patriots coach Dan Heefner called time and had home plate umpire Mark Buchanan check the UVA starter. McGarry, stemming from a cut on the ring finger of his throwing hand, had blood on his pants.

“The rule in that case is the umpires will give you 10 minutes to stop the bleeding,” O’Connor said.

Despite attempts from Virginia trainer Brian McGuire, McGarry’s cut — on a different finger from the gash to his thumb that ended last week’s outing against ODU — wasn’t stopping. He was replaced by Brandon Neeck.

Cut or not, McGarry’s day was likely going to end then anyway, O’Connor said.

“It speaks to Griff didn’t complain about [the cut],” O’Connor said. “Wanted to continue to go out there, wanted the ball.”

— Andrew Ramspacher, for The Daily Progress

The Virginia baseball team huddles after Sunday’s win over Dallas Baptist in Game 2 of the Columbia Super Regional.

Virginia pitcher Griff McGarry pitched seven-plus scoreless innings in the Cavaliers’ 4-0 victory over Dallas Baptist in Game 2 of the Columbia (S.C.) Super Regional. He entered the game with a plus-7 ERA.